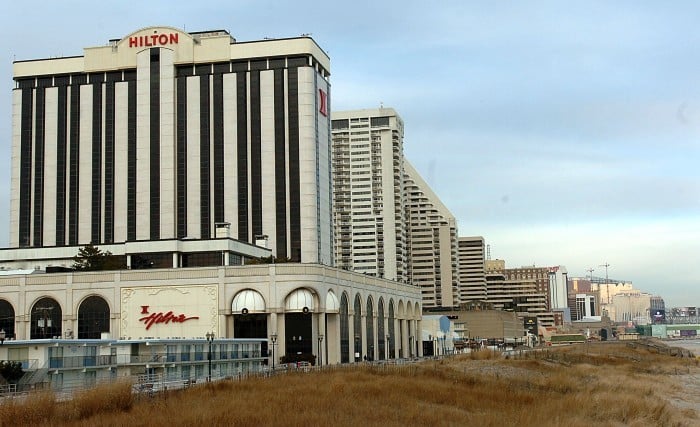 The Atlantic City Hilton Casino Resort is up for sale while its owners and lenders fight against foreclosure. 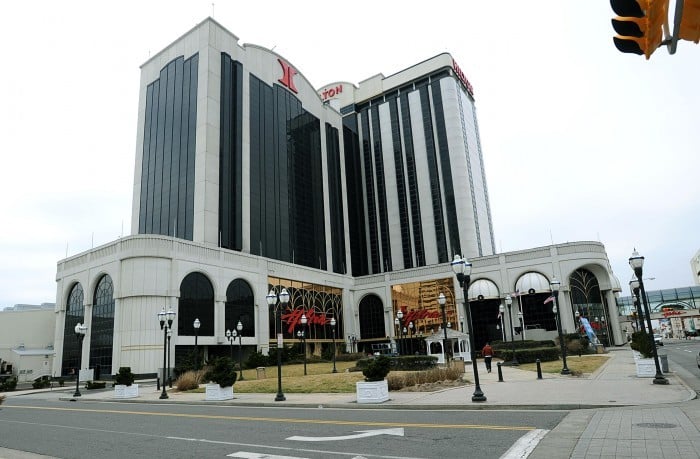 ATLANTIC CITY - Over the years, it has been known as the Golden Nugget, Bally's Grand, The Grand and the Atlantic City Hilton Casino Resort. With the name changes came a succession of owners.

Another name change and another owner are likely on the horizon for the Hilton, Atlantic City's smallest casino. International investment bank Houlihan Lokey has been hired to sell the casino while a foreclosure fight between the Hilton and its lenders has been put on hold.

Houlihan Lokey is preparing a confidential "offering memo" that will be sent to potential buyers. Depending on their level of interest, the would-be buyers will be narrowed down to a few finalists, and then negotiations will begin for a sale. The process is expected to take several weeks.

Ribis filed a petition with the commission in November detailing his plans to buy the Hilton through a group called New Nugget Gaming LLC. At that time, Ribis was preparing to seek the commission's approval for a gaming license for New Nugget. However, the petition has never come up for a commission vote.

No purchase price is listed in the petition, which states that New Nugget has the ability, experience and funding to allow the Hilton "to be an effective competitor in the Atlantic City and regional gaming markets."

Mary Lou Ferry, president of Farley & Ferry Realty Inc. of Ventnor, said she has two clients who have expressed an interest in buying the Hilton. She declined to identify them other than to say that one is a casino group and the other is currently not in the gaming business.

"It's open to offers," Ferry said of the sale process. "Prospective buyers have to show at least $50 million to $75 million in assets. I would assume that they are looking for somewhere in that price range."

"There's definitely a lot of interest in Atlantic City," Ferry said. "We have a good array of positive interest thanks to Gov. Christie."

The Hilton joins Trump Marina Hotel Casino as properties that are expected to change ownership in coming months. The Press of Atlantic City reported this week that Trump Entertainment Resorts Inc. is in negotiations to sell Trump Marina to Landry's Restaurants Inc., parent company of the Golden Nugget casino hotels in Las Vegas and Laughlin, Nev.

In September, Landry's expressed interest in buying the Hilton and rebranding it as a Golden Nugget. The company later backed off from the Hilton, discouraged by the casino's foreclosure battle with its lenders.

Golden Nugget was the Hilton's original name when the casino opened in 1980 under the ownership of Las Vegas gaming mogul Steve Wynn. After Wynn sold the casino in 1987 to Bally Manufacturing Corp., the property went through a series of owners and name changes, alternately known as Bally's Grand, The Grand and finally the Hilton in 1996.

The Hilton is currently owned by Resorts International Holdings LLC, an affiliate of the California-based real estate investment firm Colony Capital LLC. Colony bought the Hilton and three other casinos in Mississippi and Indiana in 2005 for $1.24 billion in the prerecession real estate boom.

The Hilton has been losing millions of dollars in Atlantic City's depressed casino market. It defaulted on its mortgage in July 2009 and has been under threat of foreclosure from U.S. National Bank Association. Both sides agreed last month to a standstill in their foreclosure court fight while attempts were made to sell the property.

Barring a sale or settlement with lenders, the Hilton could end up the same way as its former sister property, Resorts Casino Hotel. Lenders took control of Resorts from Colony Capital in 2009 after the casino defaulted on its mortgage. Resorts was sold for $31.5 million in December to a group headed by Atlantic City gaming executive Dennis Gomes and New York real estate magnate Morris Bailey.

The Atlantic City Hilton Casino Resort is up for sale while its owners and lenders fight against foreclosure.

The Hilton is Atlantic City's smallest casino.
© Copyright 2021 The Press of Atlantic City, 1000 West Washington Ave. Pleasantville, NJ | Terms of Use | Privacy Policy
Powered by BLOX Content Management System from TownNews.com.
You don't have any notifications.