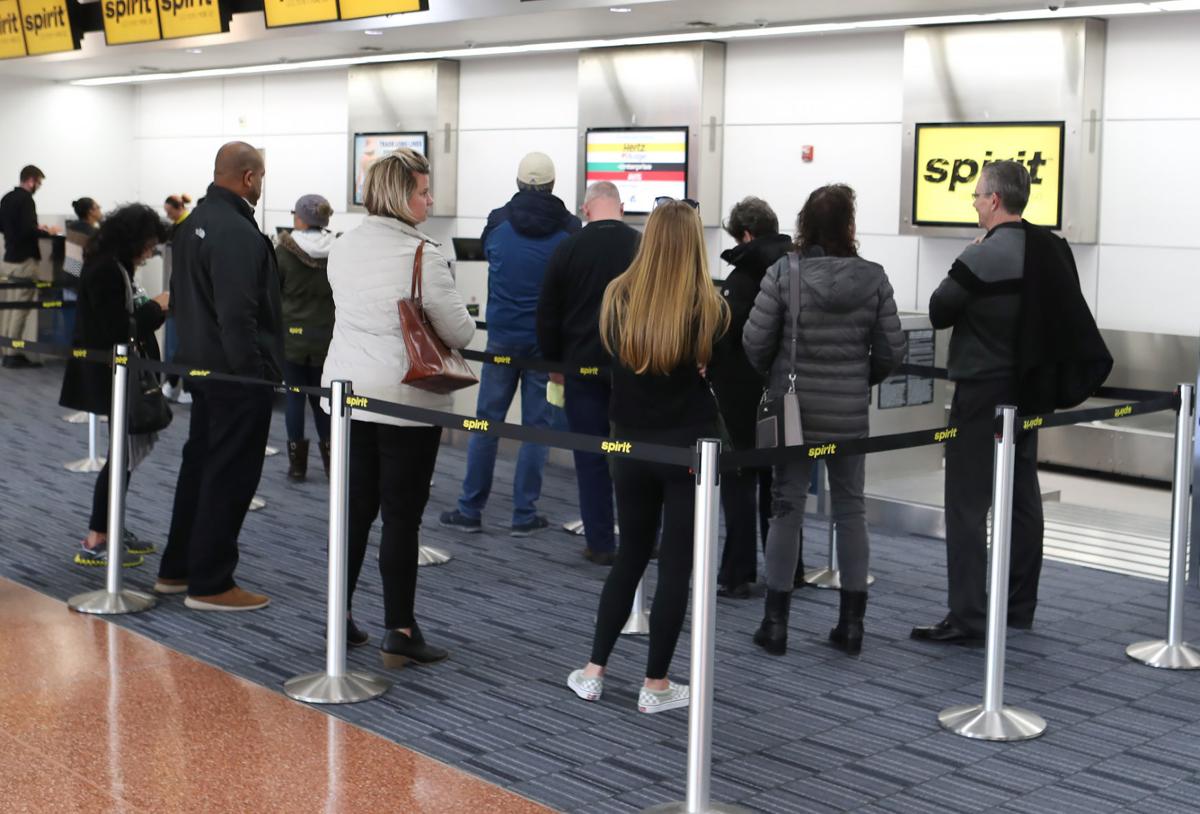 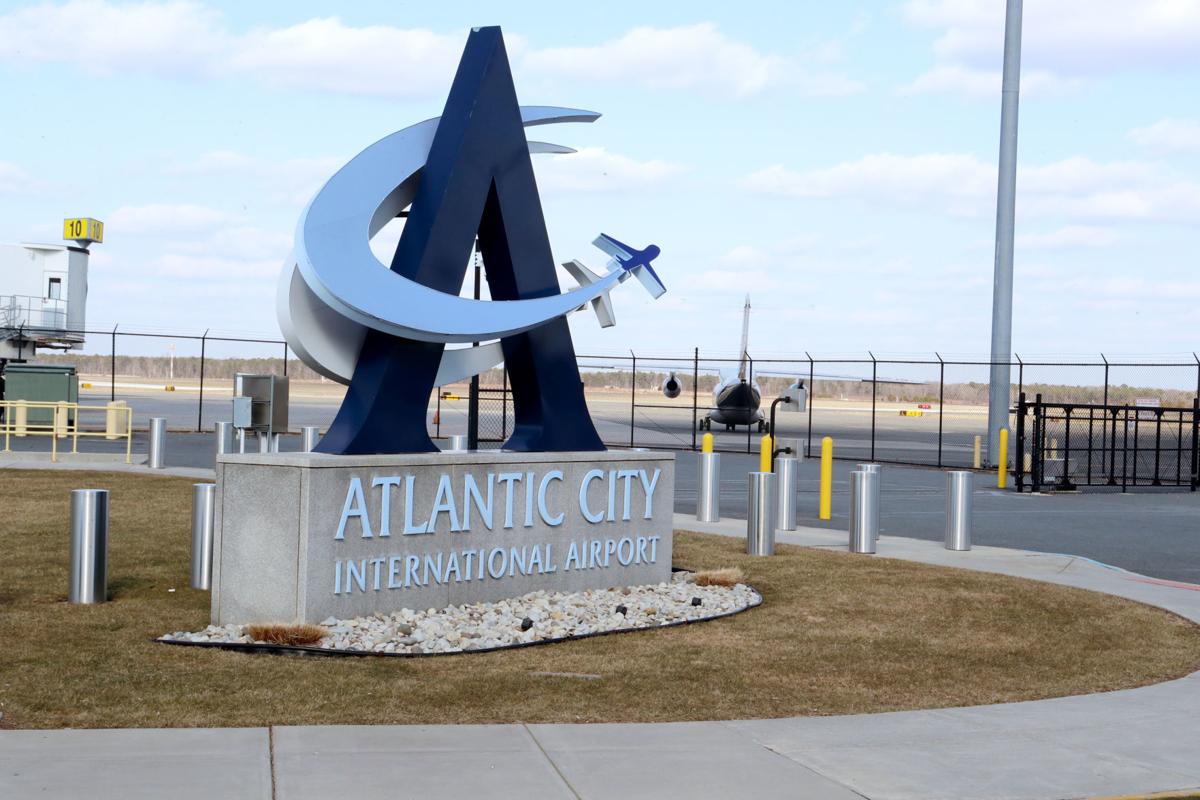 Atlantic City International Airport is getting $400,456 in grant money for a de-icing facility. 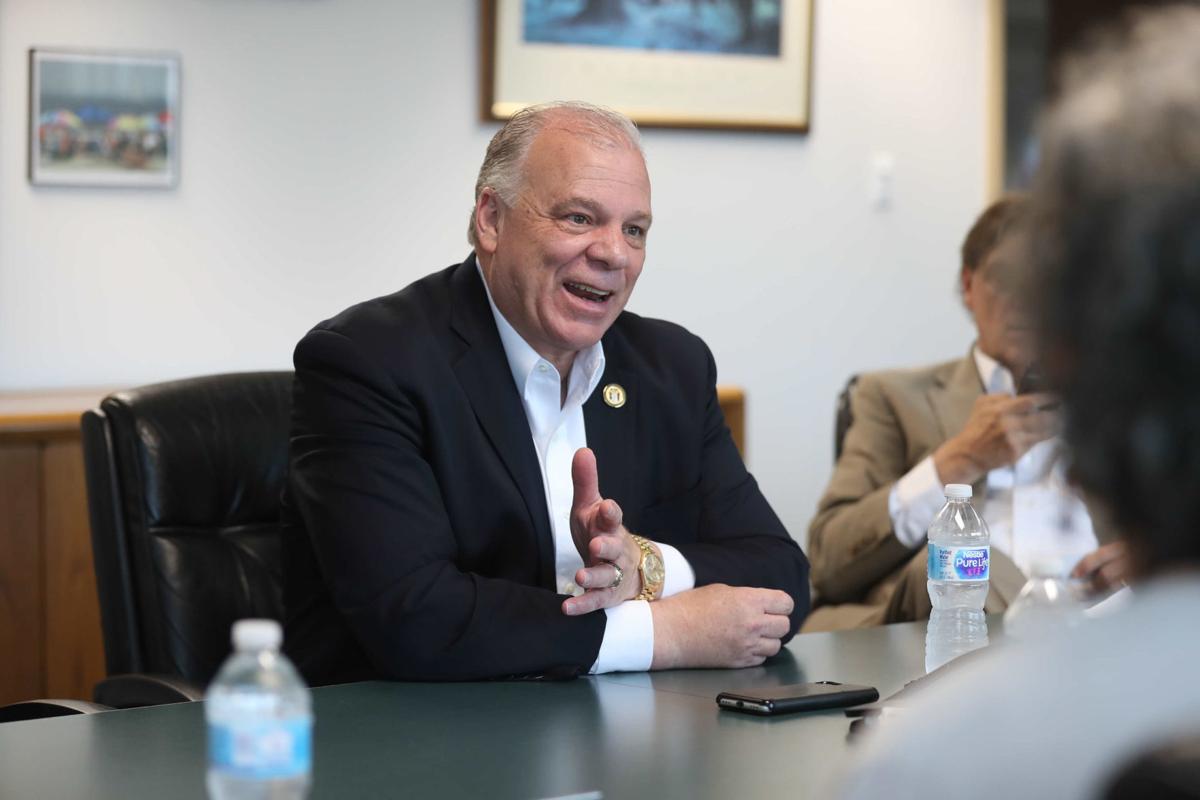 Senate President Stephen Sweeney sits down with The Press of Atlantic City editorial board in June 2019.

“You can fly into Las Vegas and be in a casino in 20 minutes after getting your bags,” Sweeney said. “Atlantic City is always going to be a regional gaming facility until we find a way to utilize that airport.”

And the Port Authority of New York and New Jersey has the best shot at bringing in more passenger flights, as well as maintenance and other operations, the Democrat from Gloucester County told the editorial board of The Press of Atlantic City recently.

“One of our big pushes — I really want the Port Authority of New York and New Jersey to buy, not to (just) operate, the Atlantic City airport,” Sweeney said. “That would be critically important to the economics of this region.”

He said the Port Authority has created a task force to study the issue.

But the South Jersey Transportation Authority, which owns and operates the airport along with the Atlantic City Expressway, “has had no discussion with the Port Authority regarding a potential sale of Atlantic City International Airport,” said SJTA communications manager Mark Amorosi.

“The Port Authority is committed to exploring the potential acquisition or operation of an air terminal outside of the Port District in New Jersey,” wrote Chairman Kevin O’Toole in a March 21 letter to U.S. Reps. Donald Norcross, D-1st; Jeff Van Drew, D-2nd; and Andy Kim, D-3rd.

O’Toole said he has directed staff “to immediately undertake a study utilizing industry-leading consultants to consider the impact that the Port Authority could have in taking over an airport in New Jersey, including the Atlantic City International Airport.”

ACY is the most underutilized airport on the East Coast, Sweeney said, while the Port Authority’s major airports in North Jersey and New York City have a space problem, as do other surrounding air facilities such as Philadelphia International Airport.

“They are getting crushed in Philly, they are crushed in Newark, and we have all this space here,” said Sweeney, who said the Port Authority has hired a firm to evaluate the possibility of buying ACY. “The Port Authority is the largest airport operator in the world. ... Who better to come down here and make an investment?”

That could include an investment in building a connector to allow the Atlantic City Rail Line to stop at the airport, he said.

The airport had 484,512 scheduled air passengers use the facility in the first five months of this year, up 5.1% over the same five months last year, according to its May 2019 statistical summary.

Another 35,887 came in by charter plane from January through May, which is down 13.9 percent from the same months last year.

Sweeney began suggesting the takeover earlier this year, and other political leaders, such as Van Drew and Atlantic County Executive Dennis Levinson, said they were on board with the idea if it results in more flights and better use of the large, underutilized airport in Egg Harbor Township.

Sweeney said Newark is running out of space for aircraft maintenance, and suggested it could be moved to ACY.

No new legislation would be required, as a 2007 law allows the Port Authority to take over one airport in each state that is outside its geographical jurisdiction. It bought Stewart International Airport in Orange County, New York, but has yet to purchase a New Jersey airport out of its geographic base.

The last time the Port Authority was involved in ACY, however, problems ensued.

The SJTA paid it $500,000 a year to provide general management services from 2013 to the end of 2017, but it did not result in greater use of the airport. That agreement ended by mutual decision in December 2017, according to that year’s SJTA annual report.

The Port Authority brought United Airlines flights to Atlantic City in 2013, but the airline stopped service after just seven months amid controversies regarding its operations in Newark that resulted in criminal charges.

At the time the Port Authority under former Gov. Chris Christie was also dealing with the Bridgegate scandal, in which some of its employees were embroiled.

Christie ally and former Port Authority Chairman David Samson, whose law firm Wolff & Samson (now Chiesa Shahinian & Giantomasi) represented the SJTA, pleaded guilty to using his chairmanship to withhold approval of United Airlines getting a wide-body hangar at Newark airport, to force the airline to run a money-losing route from Newark to Columbia, South Carolina, near his vacation home. Samson was sentenced to house arrest, community service and a $100,000 fine in 2016.

Called the “chairman’s flight,” United discontinued it after Samson resigned in 2014. That is also the year the Atlantic City flights stopped.

“We got suckered by United when they came and did those flights,” said Sweeney. “Then we found out why and what happened.”

Atlantic City International Airport will receive an additional $1 million from the federal government for construction of a deicing facility.

Atlantic County officials are preparing to build a $4.5 million hangar at the Atlantic City International Airport, if negotiations succeed to …

Since the 1980s, officials in Atlantic County have tried to make better and increased use of Atlantic City International Airport, which has ru…

Editors Note: This story was updated Friday with more detail from the Port Authority of New York and New Jersey, to reflect that it is conside…

NORTHFIELD — There will be a public hearing and vote at Tuesday’s Atlantic County freeholder meeting on an ordinance to guarantee $5.75 millio…

NORTHFIELD — Atlantic County freeholders passed an ordinance Tuesday to back $5.75 million in bonds to build a hangar at Atlantic City Interna…

The Port Authority of New York and New Jersey has hired a consultant, LeighFisher, to evaluate the feasibility of assuming control of another …

ATLANTIC CITY — New Jersey is at a “breaking point,” in a financial “death spiral,” Senate President Steve Sweeney told attendees of his lates…

The Port Authority of New York and New Jersey is studying the possibility of purchasing or operating Atlantic City International Airport, as w…

Atlantic City International Airport is getting $400,456 in grant money for a de-icing facility.

Senate President Stephen Sweeney sits down with The Press of Atlantic City editorial board in June 2019.