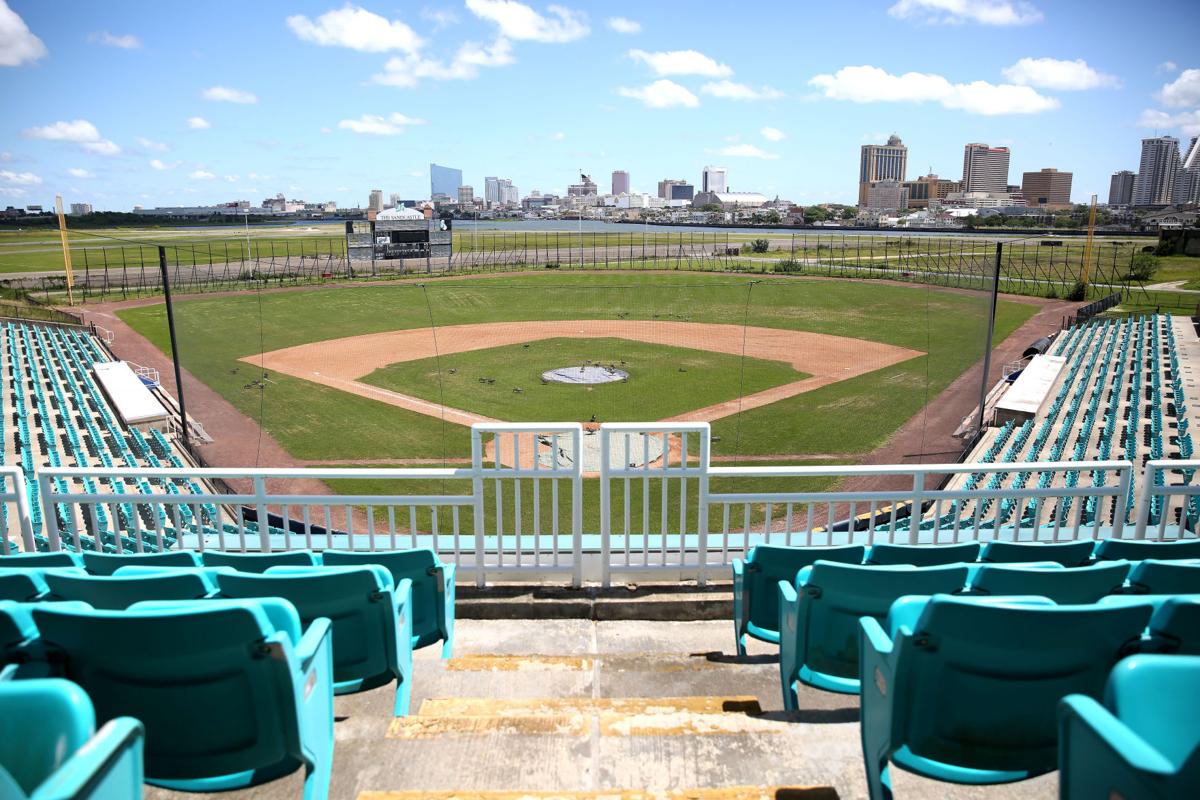 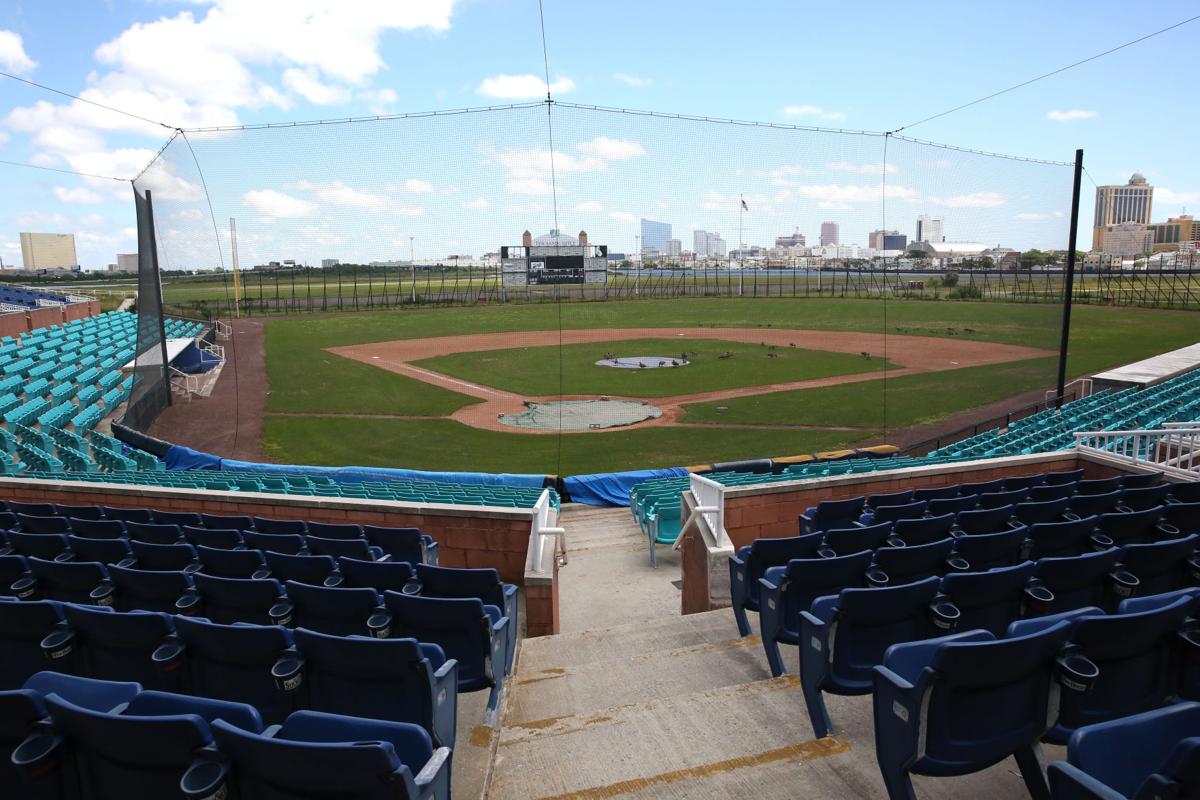 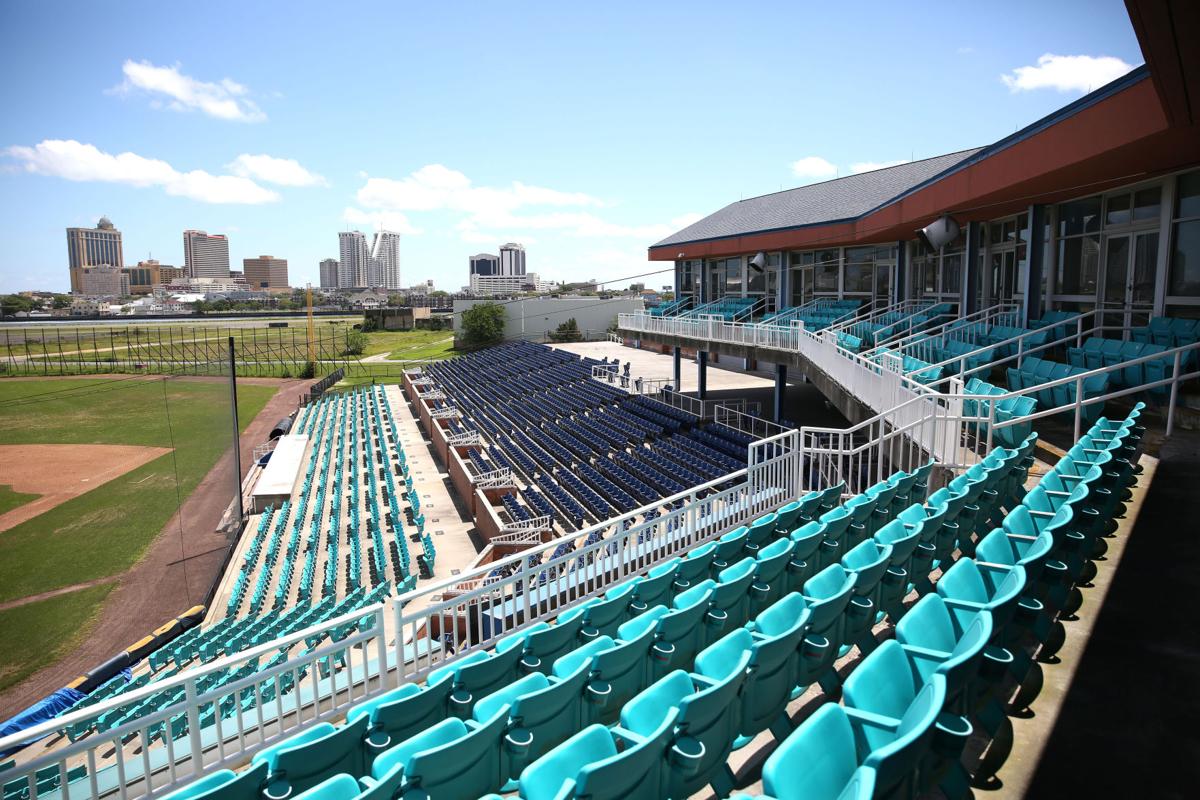 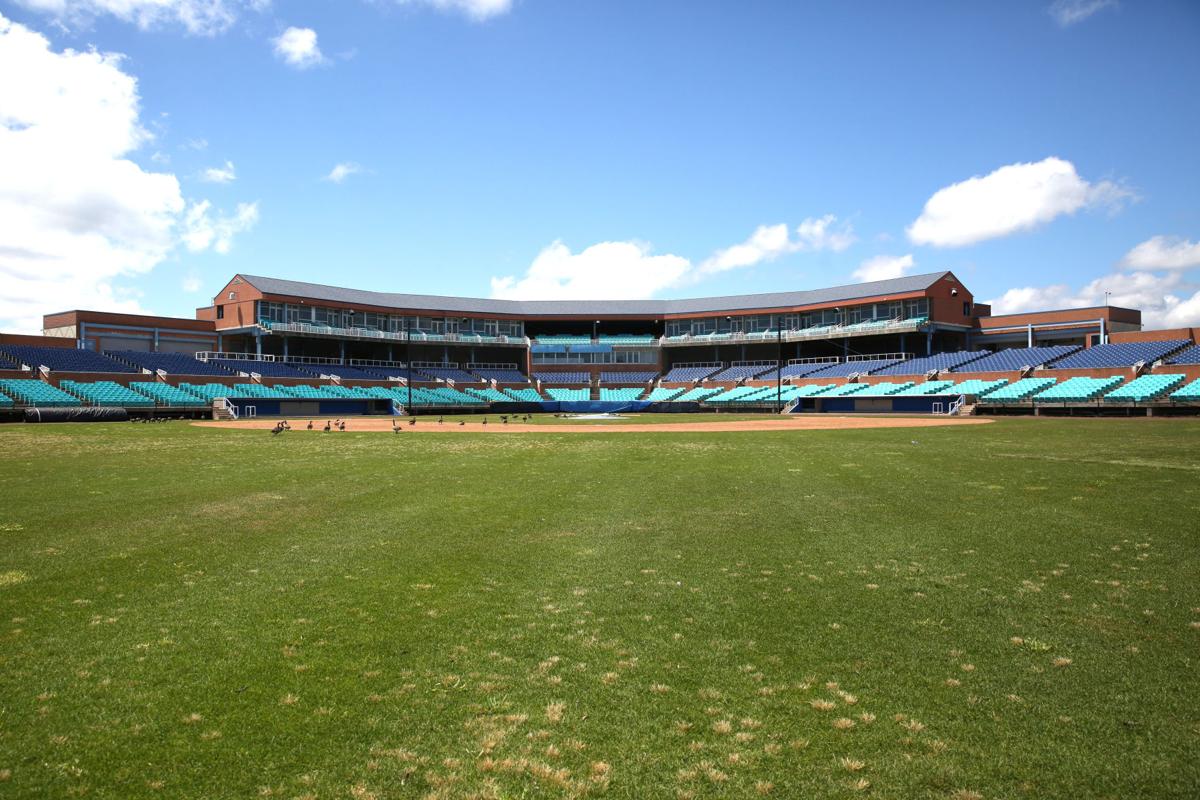 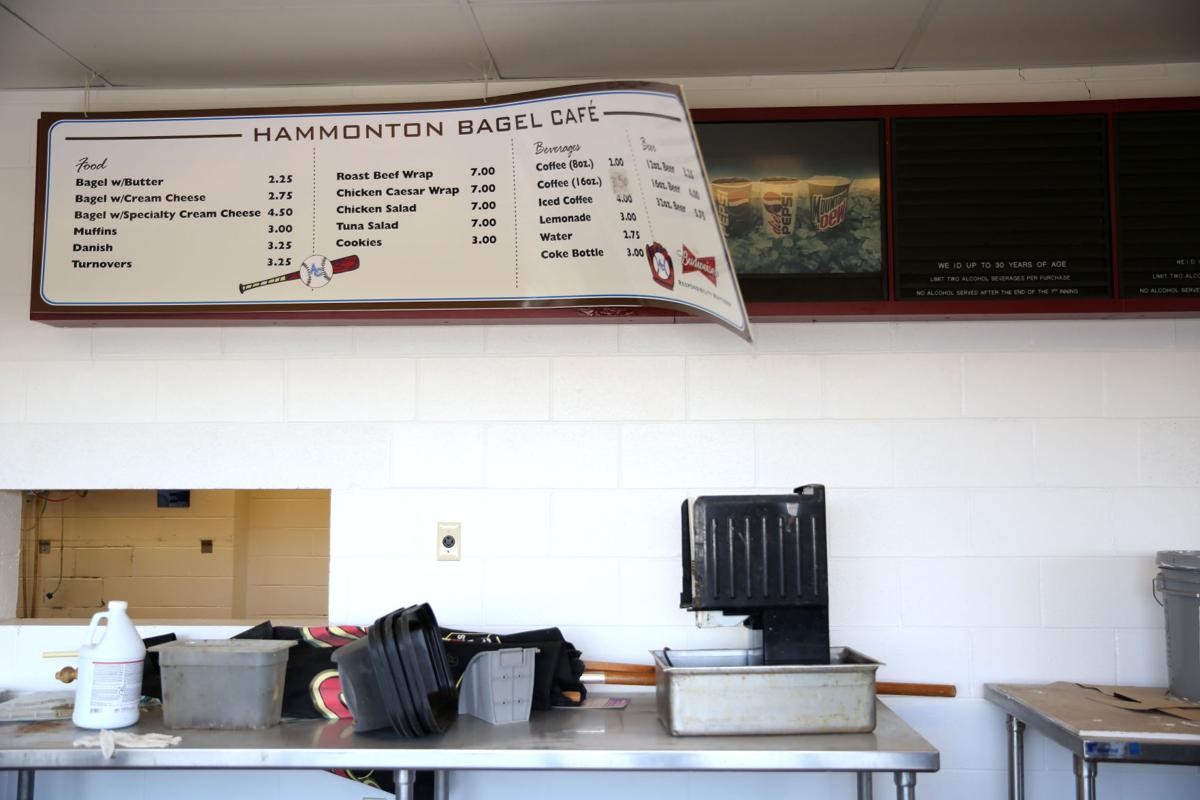 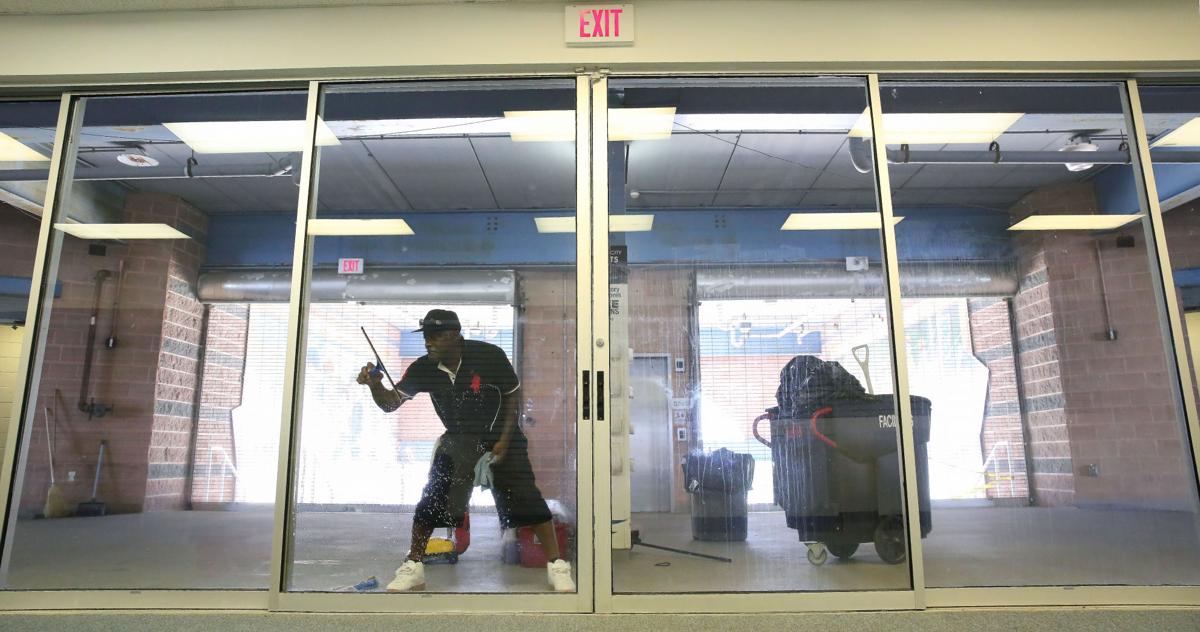 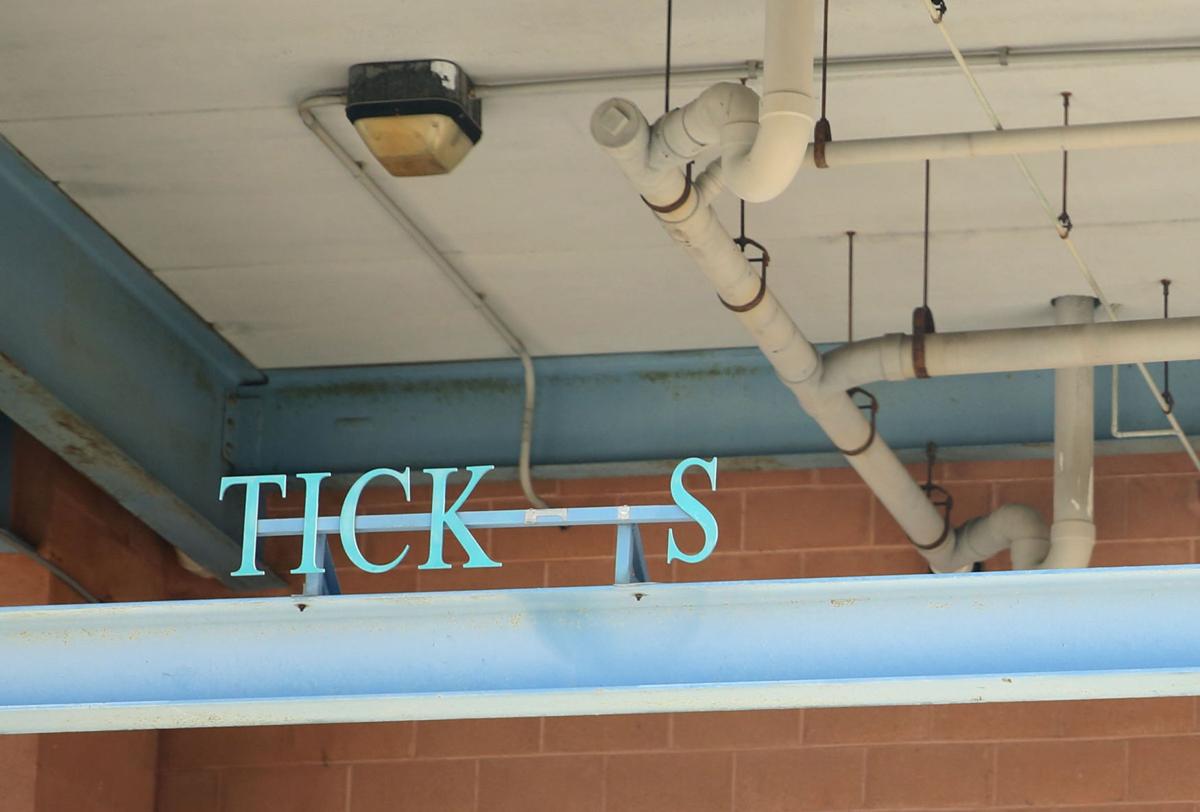 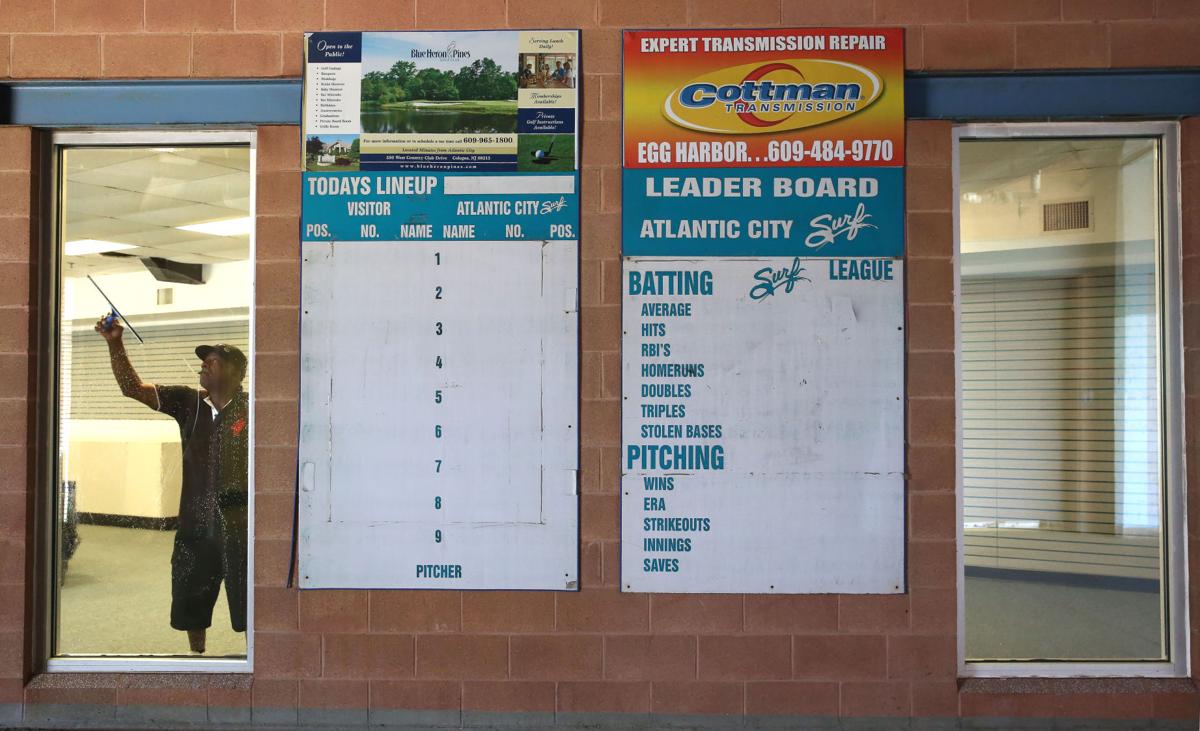 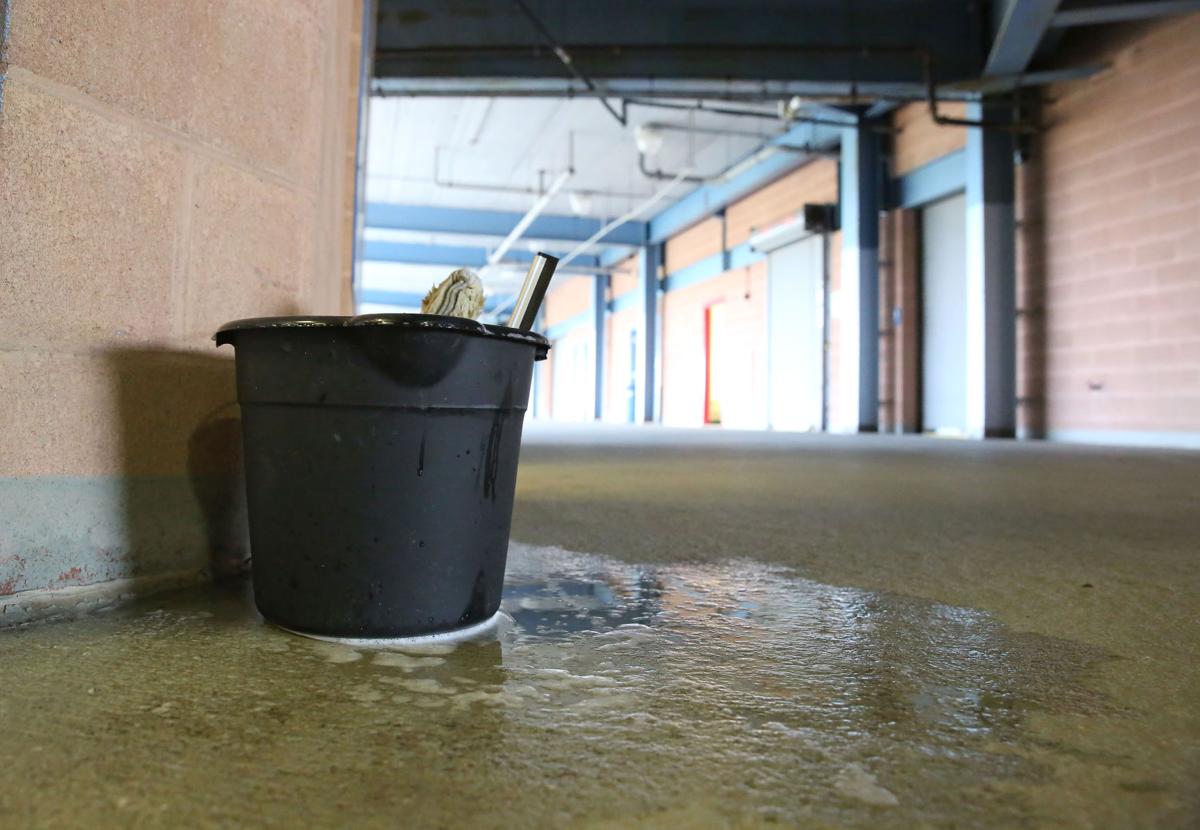 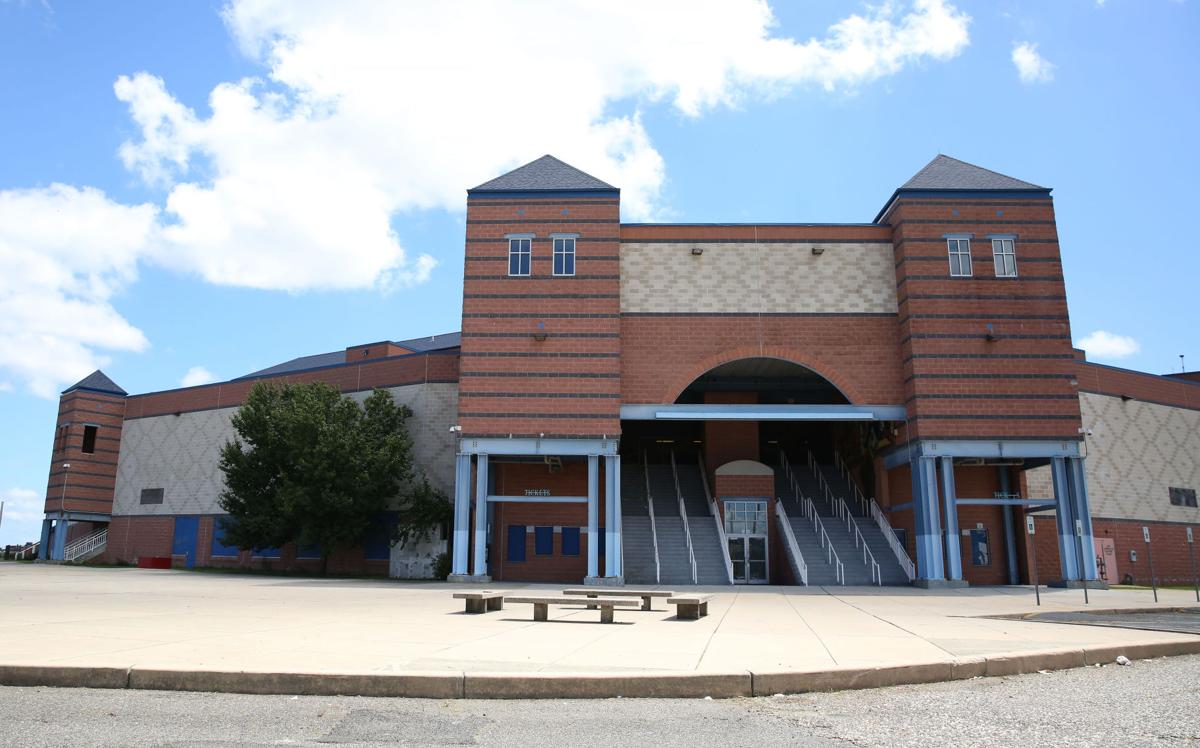 Ernest Coursey powered up the PA system in Atlantic City’s Surf Stadium and used his best announcer voice to wake up the echoes of the city’s lost baseball team.

“Ladies and gentlemen, put your hands together for the Atlantic City Surf!” Coursey yelled, his voice blaring through the five rooftop speakers that still work, out of seven total.

Coursey, who represents Atlantic City on the Atlantic County Board of Chosen Freeholders, voluntarily oversees the day-to-day operations of the stadium that Atlantic City opened in 1998 for $15 million.

The stadium fell into disrepair after the independent baseball team folded in 2009 due to low attendance. Homeless people lived in the skyboxes. But the city spent $300,000 to bring it back from the dead, and it’s now used for concerts, festivals, Little League baseball and Atlantic Cape Community College baseball. People like Coursey and others in Atlantic City want to bring back professional baseball, too.

But the city has no more money.

“A baseball team is what we really need,” Mayor Don Guardian said. “As we talk about a vision beyond just casinos, baseball harkens all Americans.”

Guardian acknowledged the challenge of bringing a baseball team back to the city, citing the resort’s seasonal nature and a minor-league market that includes other teams within driving distance, such as the Lakewood Blue Claws in Ocean County and the Wilmington Blue Rocks in Delaware.

Camden has found itself with similar challenges after the Riversharks folded last year.

“Tell you what, I miss the sport out here,” said Rudy Parrish, of Pleasantville, who was cleaning the windows at the facility Wednesday. “This was the greatest thing they had, fireworks after every game, we couldn’t beat this.”

The Atlantic City stadium has seen a turnaround from where it was five years ago.

Around the concourse of the stadium, Coursey unlocked two of the bathrooms for people to use during the Bangladesh festival in the parking lot outside the stadium as part of last week’s National Night Out.

Five years ago, bathrooms were inaccessible because of burst pipes, a broken fire system, mold and grafitti.

The slogan “NJ Transit. The Way to Go” is printed on the receipt of every train ticket bough…

Coursey said the Surf uniforms were still hanging — moldy — in the lockers when renovations began.

In 2012, the light poles were removed, deemed unsafe after Hurricane Sandy.

“The stadium had basically gone to hell,” Coursey said. “(The Surf) basically turned the lights off like they were coming back the next day, but they never did.”

Guardian said the stadium can help turn the city into a family town, pointing out that he sees more families taking their kids to Steel Pier and miniature golfing than he did four years ago.

He also said there has been interest in the stadium, mentioning that at least three groups have approached officials about bringing a baseball team back to Atlantic City.

That’s part of the reason the city is not putting the stadium and its surrounding area up for sale as part of the Bader Field auction.

Another reason, Guardian said, is because the city hopes to work with Stockton University as it builds its campus nearby as part of the Gateway Project.

“I really think that Stockton University is going to realize that these 40 acres, added to the 10 acres they have now, will really be the center of their campus,” Guardian said, adding that he hopes the two can make a deal and manage the stadium together.

The windows are fixed, air conditioning and heating units have been installed, the bathrooms are in working order, security cameras have been put in, the elevators are serviced regularly and one concession stand has become operational with the leftover appliances that weren’t stolen.

“Well I’m glad to see them trying to do something with it, other than let it sit here and just decay away,” Parrish said.

But the scoreboard doesn’t work, and the clubhouses are gutted.

Coursey mows the grass himself and spends seven days a week at the stadium.

“My wife said I should just move in here,” he joked.

Coursey and Guardian see a future despite the challenges.

“This is a billion-dollar view,” Coursey said, looking at the Atlantic City skyline, which can be seen from any seat in the stadium.

“When you see the vista of Atlantic City and the ocean behind it … it’s really one of the most beautiful views of any baseball stadium in the country,” Guardian said.

HISTORY OF THE ATLANTIC CITY SURF

April 1996: The Casino Reinvestment Development Authority and Atlantic City Council approve funding for a baseball stadium in Atlantic City, the culmination of a plan Mayor Jim Whelan first announced in 1991.

July 8, 1997: Officials break ground on the stadium, to be named the Sandcastle and estimated to cost $14.5 million. The 5,900-seat Sandcastle is built with $11.5 million in CRDA funds and $3 million in Atlantic City taxpayer bonds.

May 20, 1998: The Atlantic City Surf play their first game against the Somerset Patriots to a sellout crowd. The Surf lose 8-5. The team gets its first win the next night, May 21, 6-4 over the Patriots.

Sept. 11, 1998: The team wins its first and only championship by defeating Bridgeport three games to one for the inaugural Atlantic League title.

May 6, 1999: The Surf opens its second season owing the city more than $10,000 for police protection from last year. On Labor Day weekend in September, attendance in the Atlantic League passes the 1 million mark.

March 2000: Surf President Ken Shepherd announces he is trying to put together a group of investors to raise $4 million to buy out majority owner Frank Boulton. Shepherd leaves the Surf in October.

July 1, 2002: Former Phillies closer Mitch Williams is named the manager of the Surf. Three days later on July 4, Williams returns to the mound, striking out three Long Island Ducks in four innings in front of 6,780 fans.

March 2005: Five vendors sue because the Surf didn’t pay more than $84,000 it owed them for goods and services provided during the 2003 season.

May 3, 2005: Former Major League pitcher John Rocker, pitching for the Long Island Ducks, gets into an altercation with Surf fan Dave Macken between innings. The story makes national news.

May 2006: The Sandcastle becomes Bernie Robbins Stadium after the jeweler agrees to pay $100,000 for the first year’s naming rights.

Nov. 3, 2006: Surf President Mark Schuster and his team of investors purchase the Surf, which they had been leasing since January.

2007: The Surf leaves the Atlantic League and joins the Can-Am League, which has a shorter playing season.

Feb. 26, 2008: Former Major League slugger Cecil Fielder is named the manager of the Surf. He takes the team to the Can-Am League playoffs with a 51-43 record.

March 30, 2009: The Surf announces it will cease operations.

US rejoins the Paris Agreement

The Atlantic County Office of Mosquito Control will be conducting an aerial spray between 5:30 p.m. and 8:30 p.m. on Tuesday over sections of …

Longport may be the latest municipality to leave the Atlantic County Library System, saying the tiny borough is overtaxed in what it pays to t…

Atlantic City officials are asking Atlantic County for $107,000 to help fund a restoration project of Brown's Park in the city's third ward.

ATLANTIC CITY — For years, the Mehfil Restaurant on Pacific Avenue was a popular Indian food spot for visitors to the neighboring Trump Taj Ma…