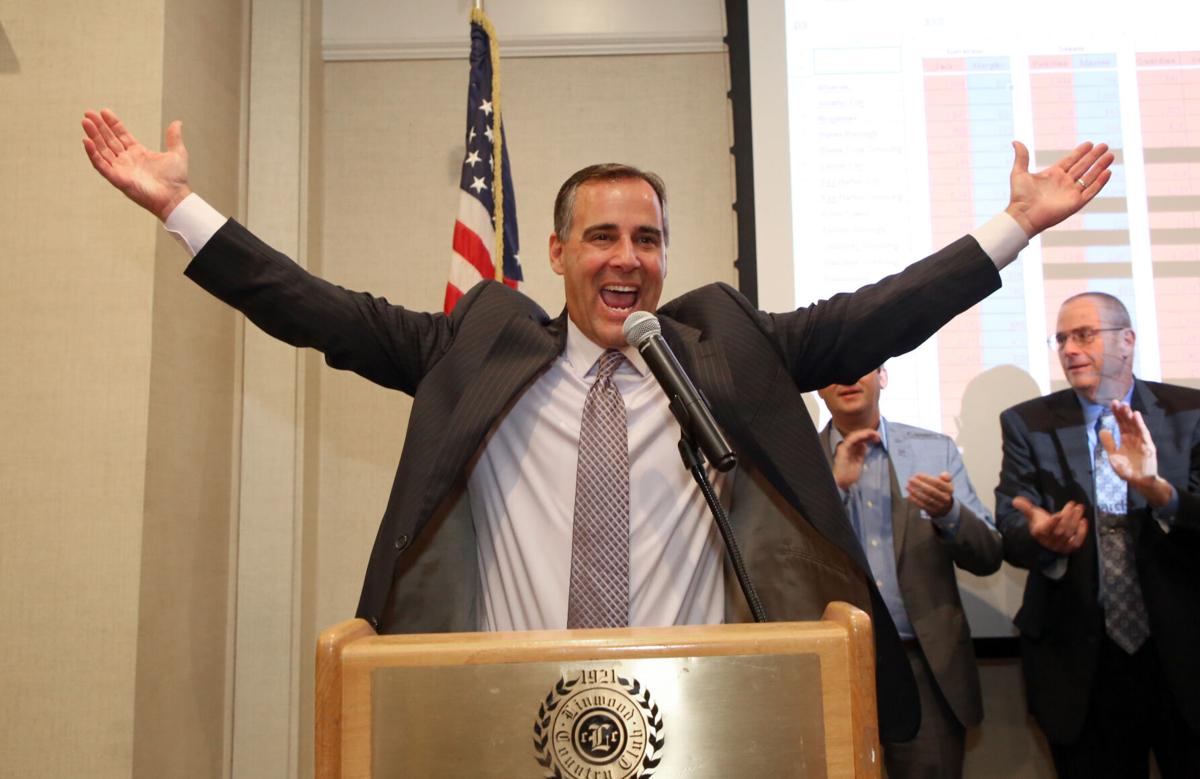 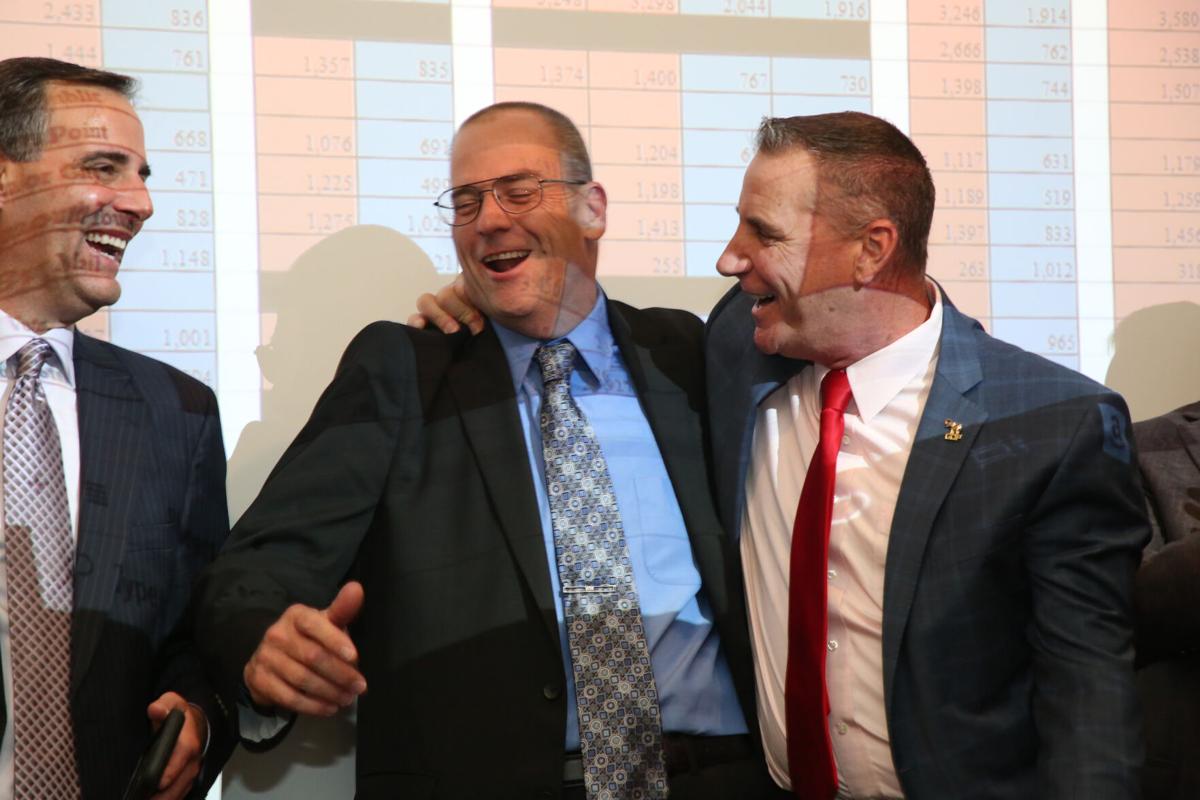 In the wake of Republicans sweeping into office across South Jersey, knocking out even longtime Democratic State Senate President Steve Sweeney, one man may be the happiest politician in the state.

Van Drew, who switched from Democratic to Republican in December 2019 after refusing to vote to impeach President Donald Trump and then faced a tough Democratic opponent in 2020 in Amy Kennedy, is up for re-election next year.

Much can change in a year, Van Drew said Friday, so he’s not taking anything for granted.

A combination of lower turnout than usual in traditionally Democratic areas, and higher turnout in typically Republican ones, led to the stunning result, Froonjian said.

“This was the worst turnout in a century,” Froonjian said of 37% participation statewide. “But in a year where turnout declined, it was up significantly in Republican counties.”

Republican counties like Cape May and Ocean County saw turnout increase about 6% over 2017, Froonjian said, while it was down 4% to 6% in big Democratic counties like Hudson, Essex and Bergen.

The increase was 9.25% in Republican Salem County, which is where state Sen. Elect Edward Durr did best and where the 2,700 extra votes came from that seemed to doom Sweeney’s reelection.

Sweeney’s 3rd legislative district covers all of Salem, much of Gloucester and Bridgeton, Deerfield and Upper Deerfield townships in Cumberland County.

“The Republican base was motivated and angry,” Froonjian said. “Waves and wave elections are driven by anger generally, and dissatisfaction.”

Sweeney, who had pushed back hard on Murphy’s progressive agenda for two to three years, had for the past year or so begun supporting it.

As Senate president, he was trying to represent the overall Democratic agenda, sources close to the senator said.

But that may have left many in his purple district feeling abandoned. The 3rd district narrowly supported Trump both times he ran, so Sweeney has always had to appeal to more moderate to conservative Republicans and Independents.

Also a victim of the red wave was Assemblyman Vince Mazzeo, D-Atlantic, who lost his seat, although he collected more votes in the 2nd legislative district than did his Democratic predecessor in 2017.

Another contrast to 2017 was in the 2nd District assembly races, where Republicans Don Guardian and Claire Swift both won. They defeated incumbent John Armato, D-Atlantic, and Atlantic County Commissioner Caren Fitzpatrick by about 4,000 votes each.

“The Democrats did themselves no favor with the mailer that was from the NJEA (New Jersey Education Association) PAC, attacking Claire Swift,” Froonjian said. “It was so over the top. When you accuse somebody of being responsible for killing children, even in this clouded political environment, that cuts through.”

The mailer blamed Swift for the deaths of children in the care of what was then called the Division of Youth and Family Services, even though she was an attorney for the agency in Atlantic County, and the deaths happened in North Jersey and Camden County.

Swift put out a release demanding a retraction and threatening legal action against the PAC, called Garden State Forward.

“The Democratic team had an opportunity to neutralize that but didn’t,” Froonjian said. “With something like that, you would have to come out and completely disavow it, not just say ‘That wasn’t us (who put it out)’.”

Froonjian said Swift is from a well-regarded family in Margate, and “you tarnish a family name like that, that’s got to rub a lot of people the wrong way.”

Democrats, on the other hand, either thought they couldn’t lose, or were just unenthusiastic due to national Democrats fighting with each other rather than getting something done on infrastructure, Froonjian said.

“It contributes to real malaise,” Froonjian said, even though gubernatorial candidates ran on state issues and didn’t nationalize the election.

So did the Motor Vehicle Commission’s inability to provide services, said Golden, who has been involved in New Jersey politics for 50 years, including as spokesman for governors Thomas Kean and Christie Todd Whitman.

“In terms of even something as simple as answering the phone … I don’t want to say they were indifferent to people calling (and) getting a recording 12 hours a day, but that makes people go from anger to frustration to flat-out resentment,” Golden said.

Then the Murphy Administration kept telling people everything was OK with unemployment, “but that was not the real-life experience on the ground.”

It wasn’t just in New Jersey.

“The new governor of Virginia got his biggest applause line at one of his rallies by saying, ‘When I’m governor, I’m going to make sure when you call (Motor Vehicles) you get a human being’,” Golden said. “It all fed very much into this ‘Government just doesn’t give a damn about me’ attitude. ... That’s a bad atmosphere to be creating.”

Golden said it was a mistake for Murphy, who won by about 40,000 votes out of about 2.5 million cast, to “run around talking about being the most liberal governor in the country,” while New Jerseyans were struggling with paying $4 a gallon for gas and property taxes hitting an average of $10,000 a year.

“With a week to go, he brought in Joe Biden and Bernie Sanders,” Golden said, calling them “the two guys most responsible” for high prices and taxes.

Chris Christie is poking the orange bear — and he’s not putting down the stick anytime soon.

The 2nd Legislative District race to represent the heart of Atlantic County is now the fifth costliest in New Jersey history, with $7.7 millio…

For the past 15 years, the highly competitive 2nd legislative district has sent a mix of Republicans and Democrats to Trenton each election.

State Sen.-select Vince Polistina, R-Atlantic, and his Assembly running mates were in the lead against Assemblyman Vince Mazzeo, D-Atlantic, a…