Watch live: NASA's DART mission will slam into an asteroid's moon this evening

“A lot has changed over the past several decades, and it is important for our state to keep up with the rising cost of living in our support for New Jersey veterans,” Murphy said in a statement. “Veterans who were disabled in the line of duty made an immeasurable sacrifice on behalf of our nation. Ensuring these veterans receive the financial assistance they need and deserve from our state is how we can honor that sacrifice.”

State Sen. Michael Testa, R-Cape May, Cumberland, Atlantic, cosponsored the bill with a mix of other senators.

“I am proud this legislation was signed into law today,” Testa said in a statement. “It is our duty to ensure the well-being of New Jersey’s veterans and their spouses.”

Testa said the bill is essential to caring for veterans who have accumulated challenging health conditions from their service while the cost of living has risen since the last increases were made.

With the departure of the head of the Tropicana, none of Atlantic City’s nine casinos is now led by a woman or a Black person. Jacqueline Grace left her job as senior vice president and general manager of the Tropicana in late July after nearly two years in the top job there. She is now CEO of Beam Living, a New York property management company. Grace was the last of a group of four women, two of them Black, who ran Atlantic City casinos just two years ago.

“This bill will offer some much-needed financial relief and stability to these injured veterans, and their loved ones, during their time of need,” he said.

Murphy included the increase in this year’s budget proposal. The budget including the raise was signed into law in June.

The law will aid about 200 state veterans who obtained benefits and have lost eyesight, amputated limbs, osteochondritis, multiple sclerosis and permanent paralysis in their limbs or certain portions of the body, Murphy’s office said.

The bill’s Assembly version was introduced in the winter, first being given to the Assembly Military and Veterans’ Affairs Committee in January, according to the New Jersey Legislature’s website.

After being shuffled through the Legislature, the bill passed both houses in June.

“While the increase of compensation in this bill cannot fully repay the sacrifice our disabled veterans gave, it can hopefully provide some aid as they live out the rest of their lives,” Greenstein said in a statement.

Lee Enterprises, parent company of The Press of Atlantic City, is shining an investigative reporting spotlight across its 77 daily news market…

Not your grandpa's advice, but advice from an Old Coot

VENTNOR — Grandparents generally have the best stories and recipes to share, so it’s no surprise that these “Old Coots” would have some of the…

New Jersey Gov. Phil Murphy, shown earlier this year during a briefing in Trenton, signed into law Thursday a bill that that increases state payments to qualified veterans. 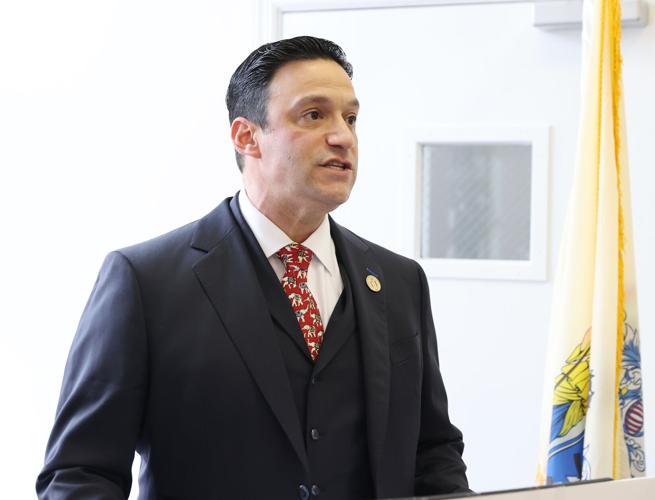