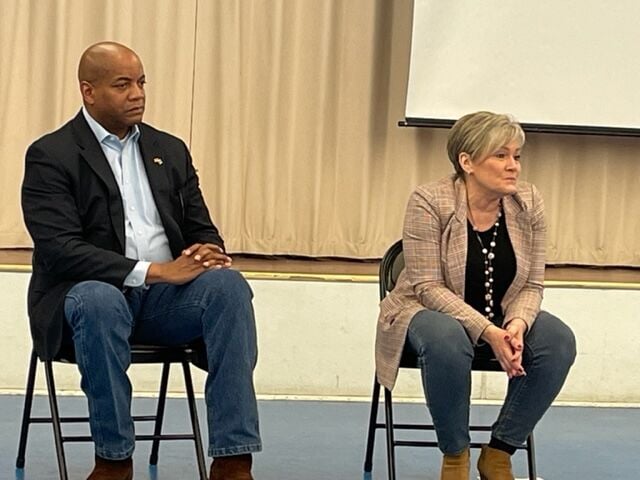 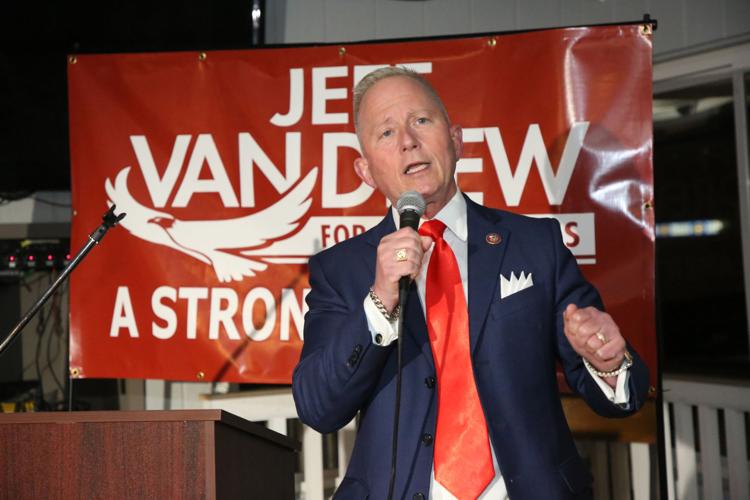 Second district Democratic congressional candidates are hoping their voters will be extra motivated to participate in the mid-term election this year to protect abortion rights, even though an overturning of Roe v. Wade would not hamper access to the procedure here because of state law.

“In New Jersey women are more protected, but it is outraging everyone everywhere,” said Democratic candidate and Sea Isle City engineer Carolyn Rush, of last week’s leak of a draft U.S. Supreme Court decision that would overturn the 1973 decision. Roe v. Wade guaranteed the right to abortion as a Constitutional right.

She and Galloway Township civil rights attorney and former police officer Tim Alexander are vying for the right to run in November for the seat now held by U.S. Representative Jeff Van Drew, R-2nd.

If history is any guide, the issue is more likely to galvanize Republican pro-life voters, said John Froonjian, executive director of the William J. Hughes Center for Public Policy at Stockton University.

“It’s been a motivator for Republicans for many years. They have really made this their project,” Froonjian said. “If the court eliminates the constitutional right, Republicans are not going to sit back on their laurels and say ‘We did it.’ It is like whetting their appetite but on the way to even bigger victories.”

Eliminating a constitutional right could be the trigger that motivates Democrats to become more active, Froonjian said, but it would be surprising.

“If I had to guess i would say no — only because it’s never happened,” he said. “But we are in uncharted territory.”

Republican candidates predicted inflation and the possibility of recession, as well as other issues like crime and illegal immigration, will be more important to voters here.

“I think it is going to be a small number, it always is, who vote on (the abortion issue) on both sides,” Van Drew said. “We have seen the worst administration, president and majority in Congress in history.”

“Wow, I don’t remember ever having so much to talk about,” Van Drew said.

Mid-term elections historically favor the party that does not hold the presidency, which would favor the Republicans. Democratic President Joe Biden’s approval rating has remained well under 50% for many months.

But Democrats said the probable overturning of Roe shows voters the importance of voting, and the real-life consequences of elections.

“It is governmental overreach of the worst kind, with the court saying it is OK for state governments to control women’s bodies,” Alexander said. “We literally fought a war over (controlling people’s bodies under legal slavery).”

Women’s reproductive rights under the Roe decision must be codified in national law as soon as possible, said both Alexander and Rush.

Alexander has the support of five of six county Democratic committees in the district, while he and Rush share support in Gloucester County. He also is endorsed by former Democratic congressional candidate Amy Kennedy, former Assemblyman Vince Mazzeo, D-Atlantic, and Democratic Atlantic County Commissioner Caren Fitzpatrick.

Both Van Drew and his primary opponent Sean Pignatelli, of Downe Township, call themselves pro-life, although Van Drew supported access to abortion in the early stages of pregnancy when he was a Democrat. He switched parties in December 2019, after declining to vote to impeach President Donald Trump and Democratic leaders said they would no longer support him.

“I’ve evolved, technology has evolved,” Van Drew said of 3D ultrasounds and information about fetal development. “I have witnessed two babies born in my family — two grandchildren. (The fetus) is not just a blob of cells.”

Van Drew has the support of all six Republican committees in the district.

He and Pignatelli said they are comfortable with states regulating abortion, even though that means it will remain widely available here.

“Our constitution is founded on states governing themselves and setting their own rules for people that actually live in those states,” Pignatelli said. “We need the federal government to butt out and have states govern themselves.”

An October 2021 Rutgers-Eagleton Poll, in collaboration with New Jersey Policy Perspective, found that 54% of New Jerseyans favored protecting and expanding access to abortion care. About 25% wanted to see the state make it more difficult to get an abortion, 11% chose neither option and 9% were unsure.

But an April poll by the Hughes Center found only 43% of voters said an overturning of Roe v. Wade would be a factor in how they vote in the mid-terms this year. Another 45% said it would not be a factor.

“The last election showed South Jersey has become more Republican and conservative, and the 2nd district even more so after redistricting,” Froonjian said. “So if anything the ruling might energize the Republican conservative base.”

Alexander sees the threat to any right involving privacy, not just abortion rights, and worries the right to interracial and same sex marriage may also be at risk.

According to the Constitution Annotated, the 9th amendment reads: “The enumeration in the Constitution, of certain rights, shall not be construed to deny or disparage others retained by the people.”

“The founders had the forethought to say, ‘We can’t think of every right that might some day arise to be protected,’” Alexander said. “(The draft decision written by Justice Samuel Alito) totally glazed over the 9th amendment as if it’s not there.”

“My whole campaign has been heavily focused on women’s issues,” Rush said, so the leak will not cause her to change her message. Her other main issues are improving the economy for the middle class and climate change.

Some people say women living in states with restrictive laws can go to a state where abortion is legal, she said, but “your access to healthcare should not depend on your zip code.”

And poor women will not be able to afford travel, she said.

“They are going to force women to either have children they can’t handle for whatever the reasons, or force them to ... get back alley abortions,” Rush said. “I think it’s insane.”

GALLOWAY TOWNSHIP — Mickey & Minnie’s Inn, a German restaurant off the White Horse Pike, is closing next Friday, but not forever.

A survey conducted by Monmouth University found a majority of Americans report having a difficult time paying for gas.

Since the November 2021 elections, in which a “Red Wave” swept Republicans into office in South Jersey, the second Congressional District has …

Driver arrested after crash with motorcycle in Middle Township

MIDDLE TOWNSHIP — The driver of a passenger vehicle was charged after a motorcyclist hit his vehicle and died Sunday, police said.

In-person early voting sites open for the primary election at 10 a.m. Friday in seven locations in Atlantic County, three in Cape May and Cumb…

As expected, the two candidates backed by their respective party organizations were leading their 2nd Congressional District primary contests …

“This is a joyous occasion,” Director of Public Safety Adrian Wiggins said in a statement Thursday. “We’ve not had, in recent years, eight off…

NORTHFIELD — A four-year contract to give about 16 superior officers in the Atlantic County Sheriff’s Office raises averaging 3.85% a year pas…

Almost 80% of New Jersey registered voters are enthusiastic about voting in Tuesday’s midterm elections, according to a Stockton University po…

The recent leak of a Supreme Court draft majority opinion that indicates the landmark 1973 Roe v. Wade decision may be overturned has stirred …

‘Targeting women of color,’ AOC defends Omar as Republicans oust her from committee

U.S. to increase military role in the Philippines amid China tensions

U.S. to increase military role in the Philippines amid China tensions 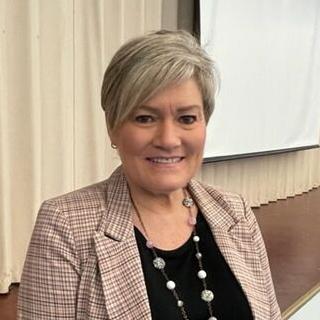 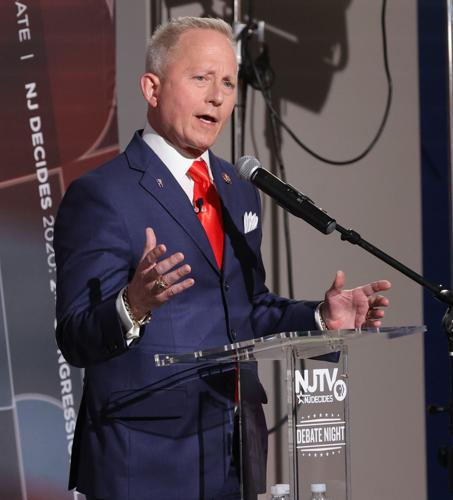