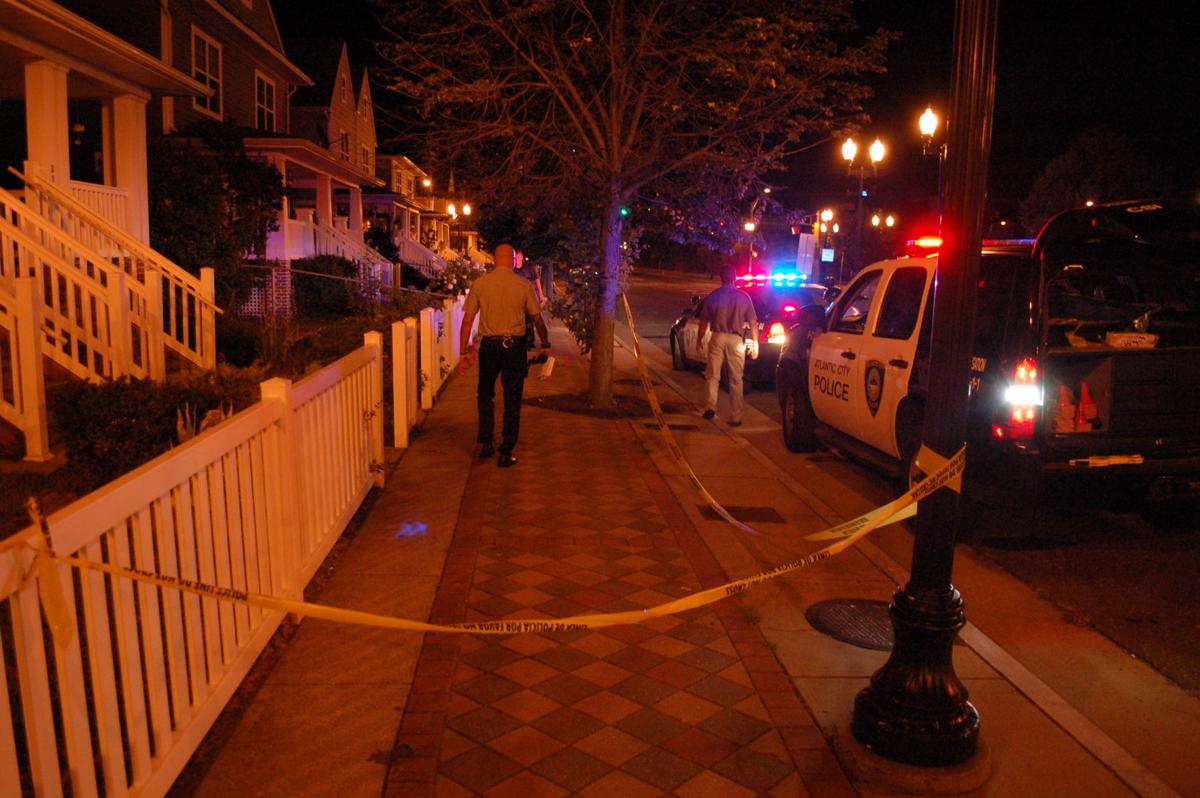 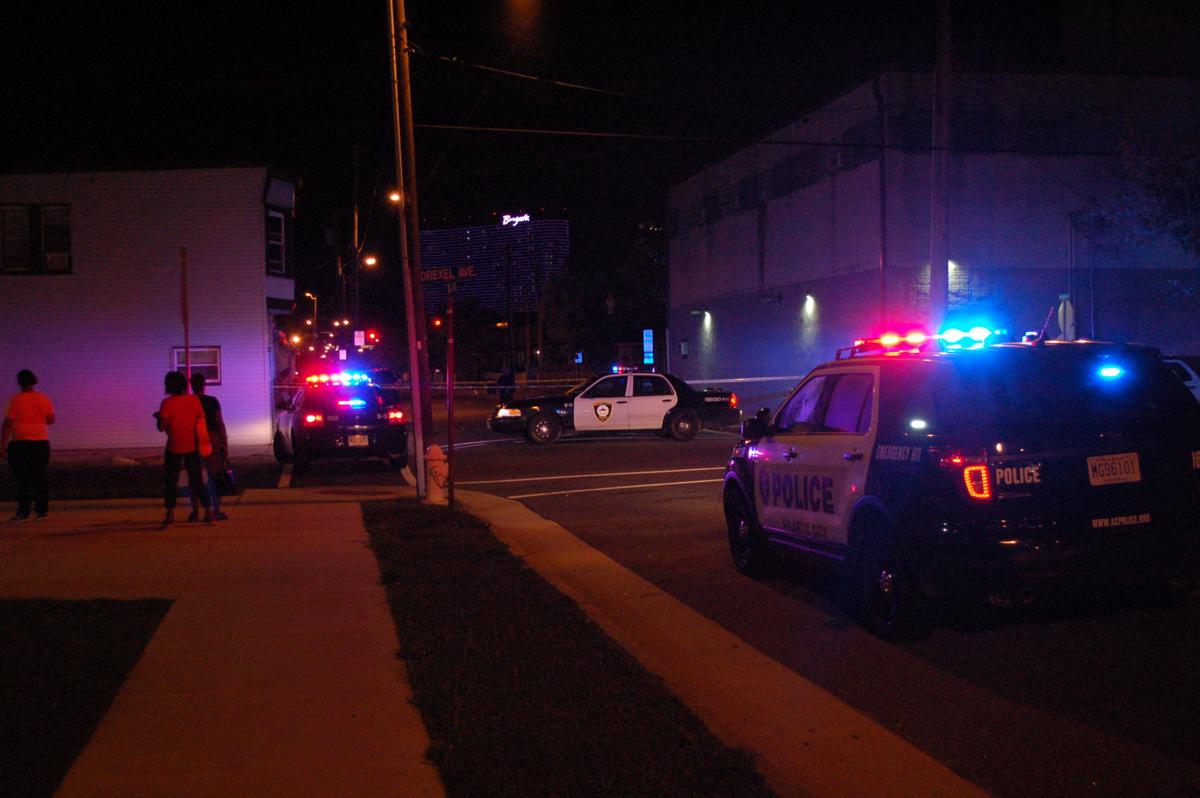 Neighbors watch as Atlantic City police cordon off a dirtbike that a 15-year-old boy was riding Tuesday night when he was shot on North Carolina Avenue. 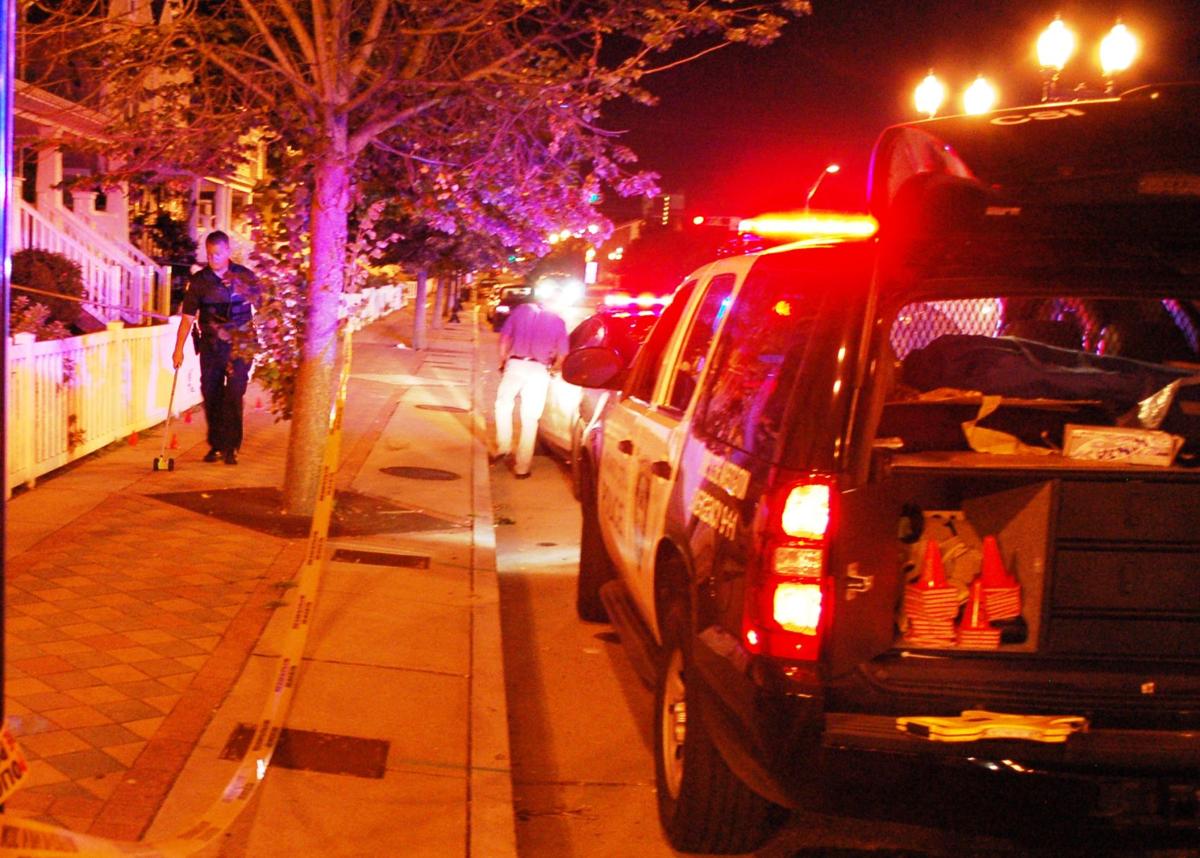 Detectives take measurements Tuesday night from shell casings found on the sidewalk on North Carolina Avenue to the curb at Drexel Avenue. A 15-year-old boy was shot at 8:20 p.m. Tuesday in Atlantic City.

ATLANTIC CITY -- A 17-year-old boy was shot in the shoulder while riding a dirt bike on North Carolina Avenue Tuesday night.

Police were called to the 300 block of North Carolina Avenue around 8:20 p.m. for reports of a shooting. There were multiple calls to 911 and a ShotSpotter notification.

The boy's identity was not released.

The boy was taken by ambulance to AtlantiCare Regional Medical Center, City Campus, for non-life threatening injuries. The investigation revealed that he was traveling on a dirt bike when he was struck by gunfire and crashed.

Neighbors said they heard eight shots in quick succession. Police detectives on Drexel Avenue had marked off about a half-dozen shell casings.

Neighbors said it was the second incident of gunfire on South Carolina Avenue in the past three days.

"It might be a war going on," resident Thomas Jones said. He said he has lived in Atlantic City for 14 years. "This is really just getting ridiculous.

"In my day we used to use these," Jones said, holding up his fists. "Now they go right to the guns, and guns are easy to find."

Another neighbor who would not give his name said he heard the gunfire and told his girlfriend to get down.

"It sounded like pop-pop-pop, really quick. I was concerned about stray bullets coming through the window," he said.

He said it's the second time since he moved to Atlantic City a month ago that he has heard gunfire from his home.

The investigation is being led by the department’s Violent Crimes Unit. Anyone with information about this incident is urged to contact the Atlantic City Police Department Violent Crimes Unit at 609-347-5788. Information can be text to TIP411 (847411). Begin the text with ACPD. All texts are anonymous.

SHIP BOTTOM — A vacationer reading a book on the beach Wednesday morning was struck by a Public Works pickup truck that was emptying trash cans.

PLEASANTVILLE — At nightfall, Ella Stanley would like to walk her 8-year-old border collie, Bob, in her neighborhood on Cresson Avenue, but sh…

MAYS LANDING – A Galloway Township man who used a shotgun to rob a gas station in 2015 was sentenced Friday to seven years in state prison.

MILLVILLE — A local man was gunned down in a center city neighborhood on Monday afternoon, according to the Cumberland County Prosecutor’s Office.

MILLVILLE — Authorities are investigating the fatal shooting of a man here on Monday.

Man shot in the back in Pleasantville

PLEASANTVILLE - Police are investigating after a man was shot in the back on West Edgewater Avenue Tuesday evening.

Neighbors watch as Atlantic City police cordon off a dirtbike that a 15-year-old boy was riding Tuesday night when he was shot on North Carolina Avenue.

Detectives take measurements Tuesday night from shell casings found on the sidewalk on North Carolina Avenue to the curb at Drexel Avenue. A 15-year-old boy was shot at 8:20 p.m. Tuesday in Atlantic City.