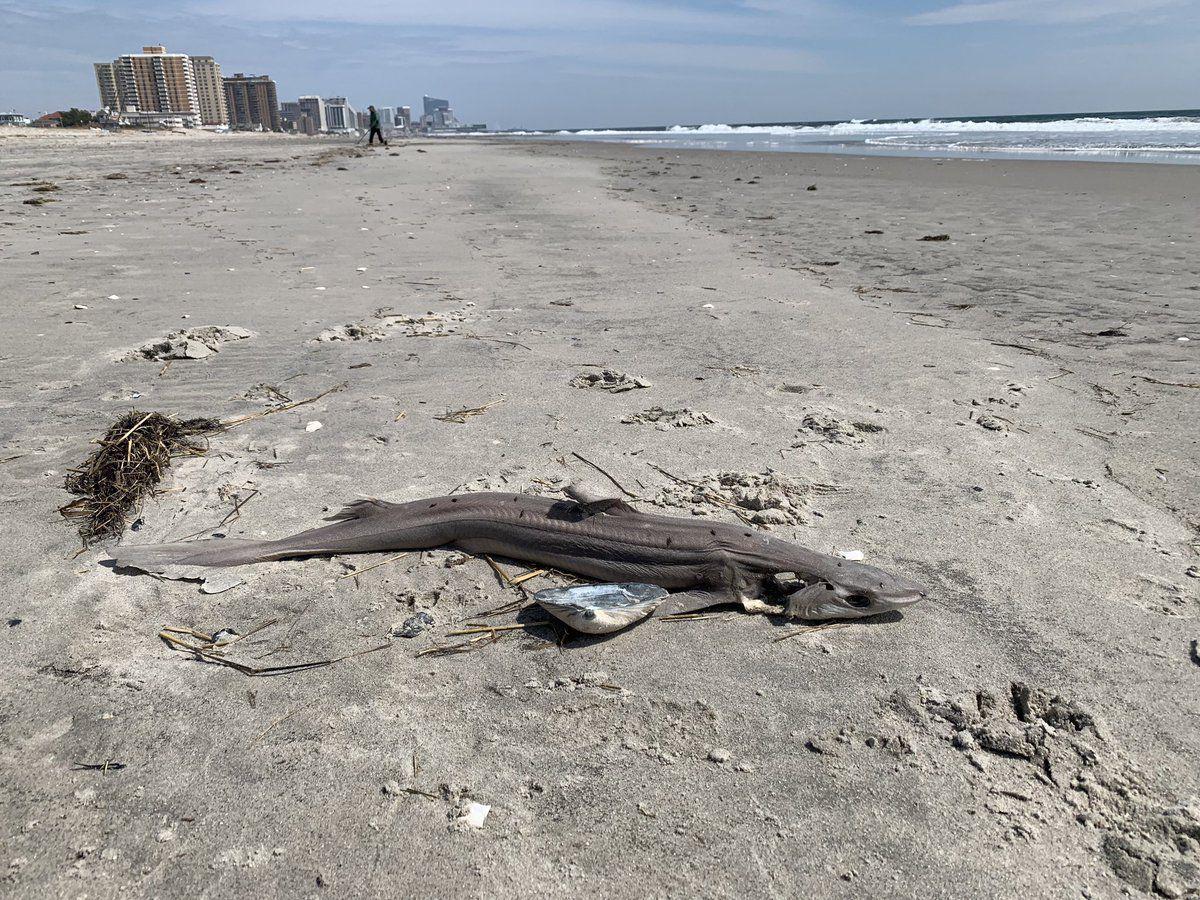 A dogfish washed up on Ventnor's beach, one of 60 that were stranded over the weekend. 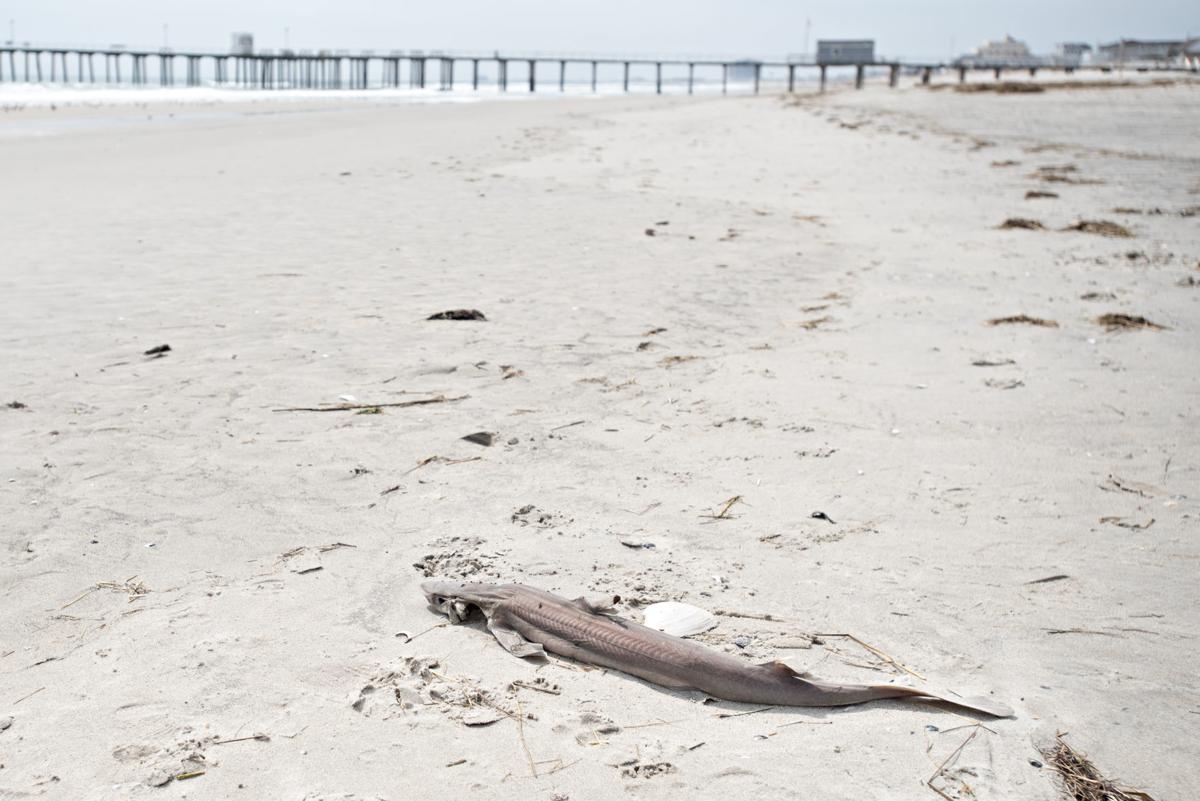 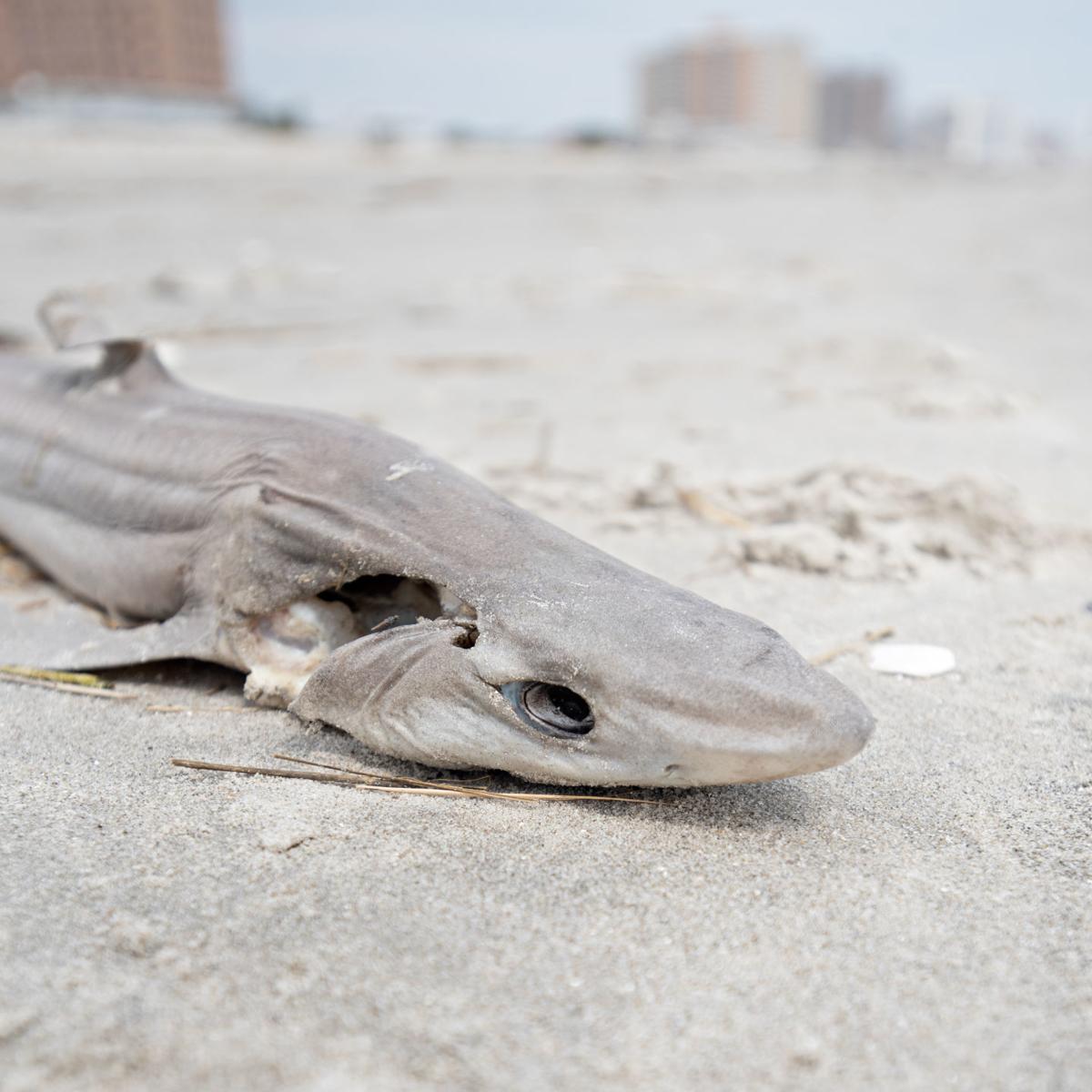 The body of a dogfish rests on the beach Monday near Dorset Avenue in Ventnor. as well as along the Absecon Island coast, sharks ,such as this dogfish, have been washing ashore. 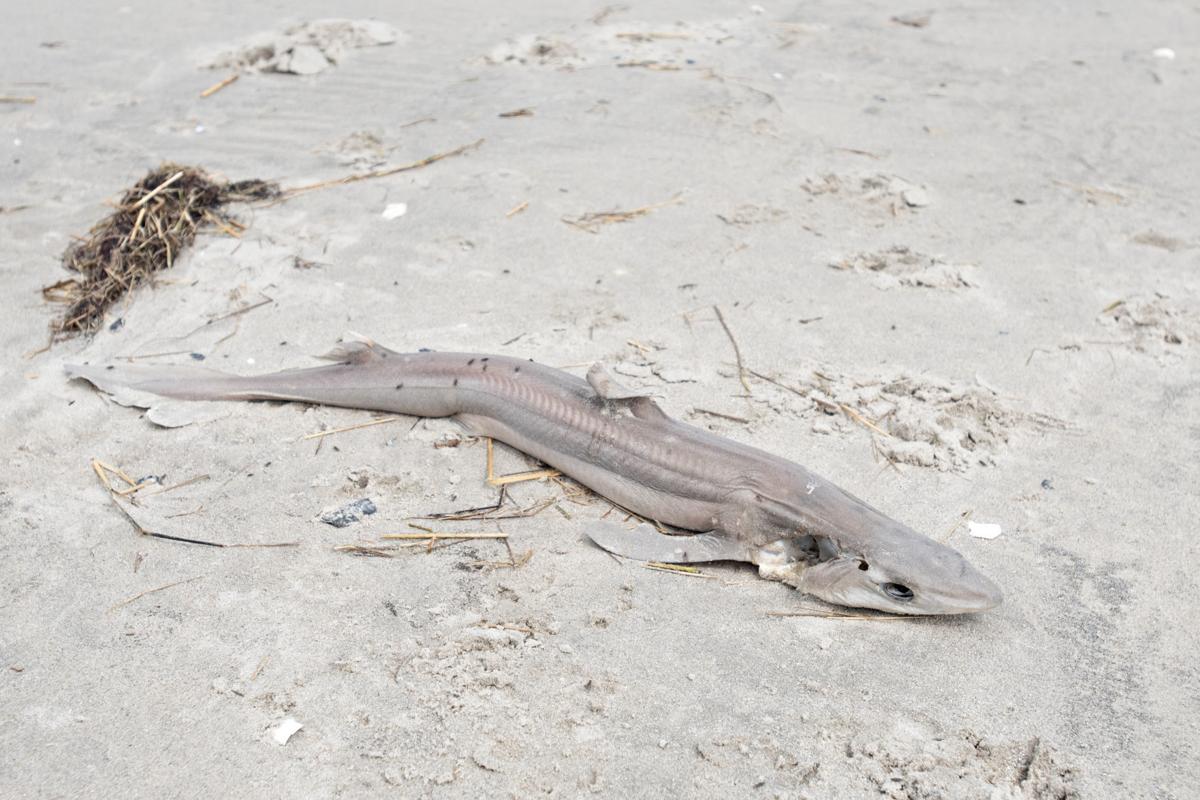 The bodies of dozens of spiny dogfish sharks washed up on beaches across Atlantic County over the weekend.

Conservation officers with the state Division of Fish and Wildlife investigated the incident and noted about 60 decayed dogfish during patrols in the area, said division captain Jason Snellbaker. The sharks were found from Brigantine to Longport.

Why the sharks washed up is a mystery, but Snellbaker has a guess.

He said the dogfish may have gotten caught on a salt marsh in the bay during an extreme high tide followed by an outgoing tide, dying either there or in a tidal pool.

Another high tide may have carried the dogfish to sea, and strong with strong winds pushing them onto the beach.

“(It’s) most likely a natural occurrence with nothing to be alarmed about,” Snellbaker said in an email.

Dogfish are members of the shark family that are commercially fished within state waters, Snellbaker said. Commercial vessels are allowed a 6,000-pound trip limit of dogfish per day.

As photos of the stranded sharks circulated on the internet, some speculated that local fishers may have tossed them into the ocean or that a net carrying the creatures may have broken.

There haven’t been many dogfish landings in March, he said, and the species isn’t highly sought after by anglers.

“These fish are not worth much compared to other valued species and typically are considered a nuisance among recreational and some commercial anglers,” Snellbaker said.

On Sunday, the Marine Mammal Stranding Center in Brigantine received phone calls about the sharks. The organization forwarded the reports to the state.

It’s not unusual for sea mammals and creatures to wash up on South Jersey beaches.

Last Memorial Day, 80 terrapins were found dead on a beach at 11th Street in Sea Isle City, along with a commercial crab trap. And four months ago, a frozen sea turtle washed up on Long Beach Island as the animals began migrating south for the winter.

MARGATE — Sally Carter’s father still goes to the beach, but at 81 years old, it’s a struggle.

ATLANTIC CITY — The bodies of at least 20 sharks washed up on city beaches Monday, according to residents.

Avalon orders resident to cut her vines. Now she's fighting it in court.

AVALON — Long vines have covered the sides of Elaine Scattergood’s home for 40 years.

Whales in the bay? It's rare, but happening thanks to a surge in these fish off Cape May

CAPE MAY — Jeff Stewart clearly remembers one of the last times humpback whales descended on the Delaware Bay.

10-foot white shark spending 4th off coast of Cape May

CAPE MAY — A 10-foot white shark is visiting the waters off South Jersey for the holiday; she's being tracked off the coast of Ocean City.

Officials warn residents to look out for stranded sea turtles

BRIGANTINE — After seven green sea turtles were reported stranded on an Ocean County beach in the last two days, officials are asking the publ…

The wettest year on record and a soggier than average start to 2019 are still not enough to douse the potential flames of the 2019 wildfire season.

Endangered birds may be evicted from Atlantic City airport

CAPE MAY — Every year, 65,000 people get aboard Capt. Jeff Stewart’s whale-watching boat.

A dogfish washed up on Ventnor's beach, one of 60 that were stranded over the weekend.

The body of a dogfish rests on the beach Monday near Dorset Avenue in Ventnor. as well as along the Absecon Island coast, sharks ,such as this dogfish, have been washing ashore.