TRENTON — The state Senate on Monday passed a bill that would require early voting by machine be available for the first time in New Jersey.

If it passes the Assembly and is signed by the governor, the state would join about half in the U.S. to offer it. Voters could have access to machine voting 10 days ahead of the official Election Day, Nov. 2.

Assemblyman Vince Mazzeo, whose Assembly State and Local Government committee passed the bill in October, said it would be a mandate funded by the state.

“It would be in the neighborhood of the upper $30 millions,” Mazzeo said of the cost statewide.

The bill would require each county to set up at least three designated early voting locations, with the number based on population. Atlantic County would need five and Cape May and Cumberland counties would require three.

Atlantic County Superintendent of Elections Maureen Bugdon said Monday she supports early voting, “however the devil is in the details.”

“We have a lot of logistics to work out,” she said of purchasing new machines and e-poll books, and getting workers trained. “Quick yet thorough, responsible planning needs to happen.”

She is familiar with the machines and other new technology, she said, and is excited by it — especially by how it makes early voting possible during a pandemic.

“I believe it is a responsible way to offer (machine voting) and spread the vote out to keep everybody safe,” Bugdon said. “Our goal ... is to work as closely as we can with the Legislature and governor’s office, so new opportunities like early voting are put through ... to implement elections that have integrity.”

Currently, New Jersey offers early voting only through the use of a paper mail-in ballots.

“Under the bill, Atlantic County would provide five locations for early machine voting. Moreover, each county has to create a security plan to ensure the chain of custody of the votes,” Brown said.

The state’s 21 counties would have to move to electronic poll books to make such a system work. The books would have to be updated immediately once a person voted, so he or she could not go to another early voting site in the county and vote again.

Currently poll books, which contain names and signatures of active registered voters, are printed the old-fashioned way — on paper.

Some elections officials have said that the State Voter Registration System, the computer system for all voter information, has too many problems to be relied on for use in electronic poll books.

“We still have issues with it,” said Hunterdon County Clerk Mary Melfi, speaking at a hearing on the bill in the Senate State Government, Wagering, Tourism & Historic Preservation committee earlier this month. “We need to have a clean SVRS system before we move forward.”

Mazzeo said he supports early voting, which offers working people more options for when they can vote. But he wants to hear more from election officials.

“With the pandemic ... we have to look at the workers who work the polls and the boards of election. They’ve been under a lot of stress this last year or so,” Mazzeo said. “We may need more input from them as well.”

“Voting should be as easy and accessible as possible as we work toward a more expansive and inclusive democracy in New Jersey,” said Henal Patel, democracy & justice director at the New Jersey Institute for Social Justice. “Early in-person voting encourages participation, increases satisfaction and results in shorter lines on Election Day. There is no justifiable reason to prevent New Jerseyans from having more viable options for exercising their civic voices.”

The state Assembly passed a bill Monday to establish early machine voting in New Jersey, despite election officials’ concerns that the state i…

NJ should enable early machine voting as soon as it can

There are serious problems with opening the polls long before Election Day.

Our view: NJ should enable early machine voting as soon as it can

There are serious problems with opening the polls long before Election Day.

Atlantic County Commissioner Caren Fitzpatrick and incumbent Assemblyman John Armato, D-Atlantic, will round out the Democratic slate in the 2…

Proposed bill would ban ballot drop boxes near police stations, where many are

Paper ballots come around again — as cutting-edge way to vote

TRENTON — An old technology is new again, as paper ballots are making a big comeback thanks to fears about Russia — and others — hacking U.S. …

Republicans are asking for reforms to the election system in the wake of the state’s first mostly-vote-by-mail election, with some efforts bei…

Rita Fulginiti was re-elected Cape May County clerk in November, but Rita Rothberg will hold that office. 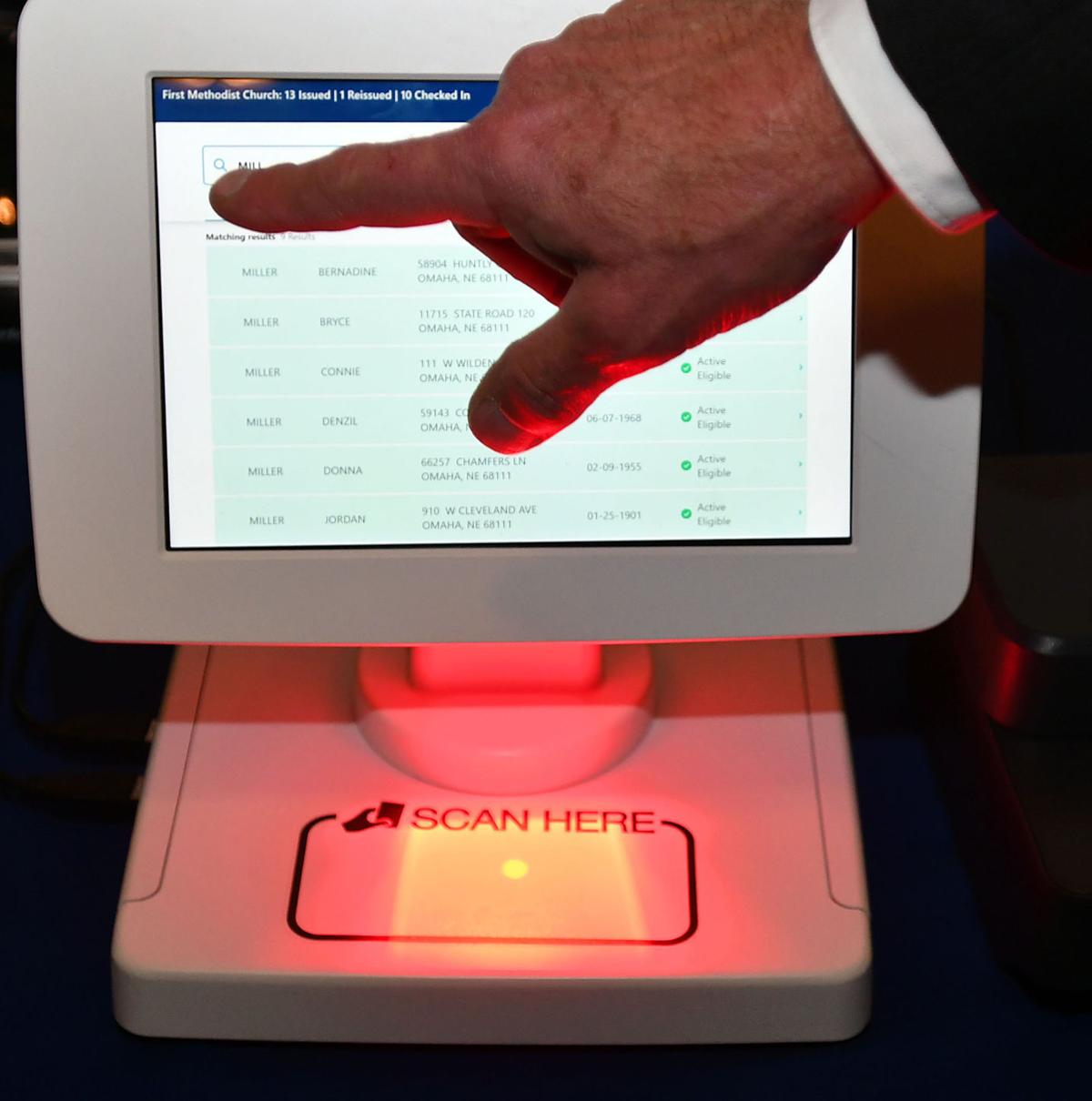 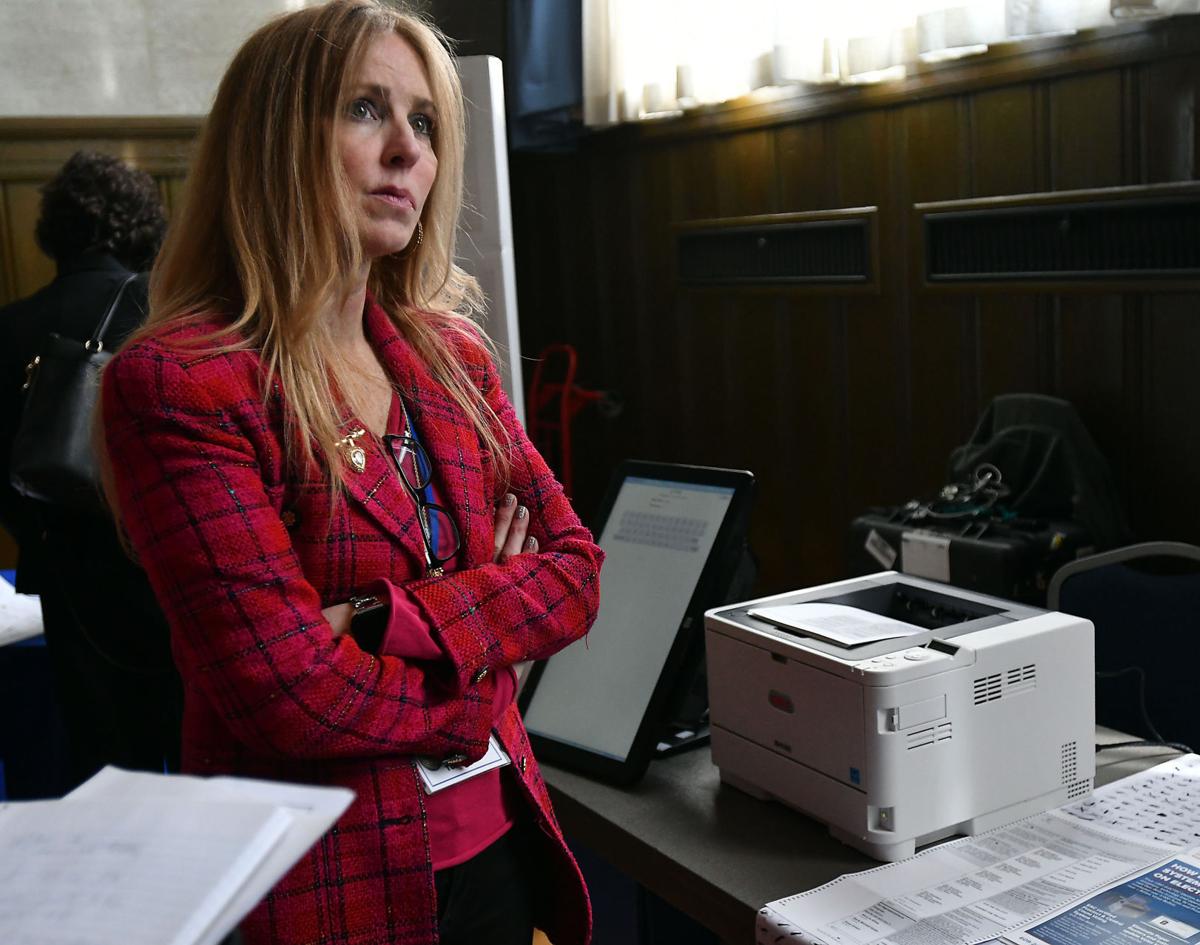