The bill, A-4556, would charge hotels $2 per day for each occupied room for two years. All proceeds from the surcharge would go toward the city’s public-safety services.

The bill introduced Monday comes as the city’s police and fire departments are bracing for deep cuts under a state takeover of the city’s finances.

“I was adamant that any state takeover of Atlantic City not involve, among other things, police and firefighter layoffs that would threaten public safety and the city’s efforts to market itself as a safe and family-friendly destination,” Prieto, D-Bergen, Hudson, said in a statement. “I will not stand idle and allow police and firefighter layoffs to harm public safety for residents while also hurting the public’s ability to feel confident about visiting the city.”

Prieto said the bill would be a temporary solution to ensure public safety for two years while officials fix the city’s finances.

But the board chairman of Meet AC, the city’s convention bureau, quickly criticized the proposal. He noted city hotels already pay state, luxury, casino, occupancy and promotion taxes and fees.

“So where do all those taxes go?” Chairman Jeff Albrecht asked.

Meet AC commissioned a study last year that showed Atlantic City already had some of the country’s highest room taxes. Total taxes in Atlantic City add up to 19 percent on casino rooms and 15 percent on noncasino properties on a room renting for $100, according to that research. The 19 percent tax share on city casino rooms was higher than hotel rooms in cities such as Philadelphia, Boston and Baltimore.

Albrecht said the proposed $2 fee would put the city’s hospitality industry at a competitive disadvantage. And he suggested that all businesses that benefit from the city’s tourism industry, not just hotels, should be required to pay the fee.

“We would tell the state or whomever that all businesses should be included, not just hospitality,” Albrecht said. “Tourism is the number one economic driver, not just for Atlantic City but the entire county. … If we don’t do more to stimulate and protect it, we are all going to lose.”

The new fee could add a few million in revenue. The Casino Reinvestment Development Authority collected $8.7 million on its $3 hotel room fee in 2015. This was down from $9.2 million in 2014, according to CRDA data.

The state, which hasn’t commented on the negotiations, is seeking deep cuts to both departments, according to city and union officials.

For the police, the state is looking for a pay cut across the board, a 15-step salary guide with smaller incremental raises and pay capped at $90,000, according to officials and a leaked police union email obtained last month by The Press of Atlantic City. The state also wants increased health care contributions from members and officers to work 12-hour shifts.

In the email to union members, PBA Local 24 President Matt Rogers said the state also alluded to cutting the department from 277 to 250.

For the Fire Department, the demands are similar, but the staffing cuts are deeper — as many as 100 firefighters, according to city officials.

On Tuesday, Rogers commended Prieto for introducing the bill. He said union negotiations with the state coupled with the bill, if passed and signed into law, would take pressure off local taxpayers and businesses and shift it to the casinos, which he said “put a tremendous strain” on the city’s public-safety services.

Bill DiLorenzo, president of IAFF Local 198, the city’s firefighters union, said the bill is a good idea if it keeps public-safety staffing at appropriate levels.

NORTHFIELD — Kalyn Guenther, 18, finished her required laps in the U.S. Army Recruiting Center parking lot and dropped down to the ground to c…

ATLANTIC CITY — An art attraction got some positive publicity last week — for another city.

ATLANTIC CITY — Meet AC, the resort’s convention and visitors’ bureau, will have to do more with less this year.

ATLANTIC CITY — More than 150 city employees have signed up for an early retirement plan, and City Council President Marty Small now wants the…

For 20 years, crime in Atlantic City has been declining overall, according to a review of decades of state crime data by The Press of Atlantic City. 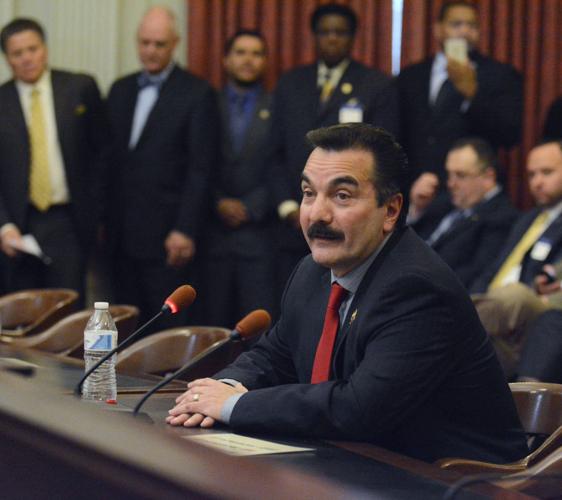 Vincent Prieto, (D), Speaker of the New Jersey Genral Assembly, testifies before the Judiciary Committee on the Atlantic City Economic Recovery Bill Thursday April 7, 2016 in Trenton. City officials including Mayor Don Guardian, second from left, stand at at the side of the crowed hearing room waiting to testify. (JACKIE SCHEAR—PRESS OF ATLANTIC CITY) 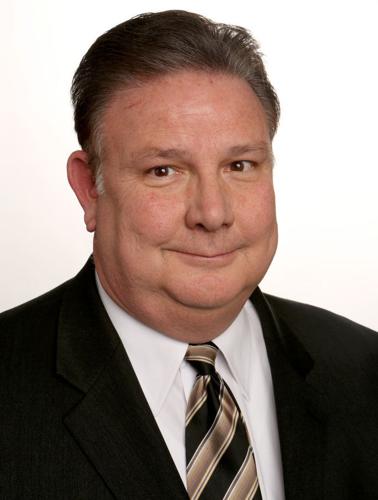 ALBRECHT Jeff Albrecht, chairman of the Meet AC board and also the general manager of the Sheraton hotel in Atlantic City, Monday, March 30, 2015