ATLANTIC CITY — There are signs of trouble at Ocean Resort Casino, the $2.4 billion Boardwalk megaresort heralded as being a key part of the seaside gaming resort’s comeback.

The casino, which opened June 27, has struggled to gain a significant market share among Atlantic City’s nine properties, and its parent company is facing liens from construction workers who claim they have not been paid. Meanwhile, owner Bruce Deifik was sued in December for a multimillion-dollar breach of contract by the casino’s former nightclub manger, who claimed Deifik is trying to sell the property.

Deifik said in the fall that all is well with Ocean Resort. But the normally talkative Colorado-based real estate investor who purchased the former Revel Casino Hotel for $229 million in January 2018 has not talked since about the casino’s finances.

On Wednesday morning, there were more warning signs when, at the request of Ocean Resort, an application for temporary approval of a senior executive was pulled from the Casino Control Commission’s agenda. A spokesperson for the casino declined to comment on the reason. The commission’s chairman, James Plousis, said they were unaware of any issues at Ocean and no documentation had been provided to the industry regulatory body stating otherwise.

Since the first full month of reported gaming revenue in July through November, Ocean Resort’s casino win has been at or near the bottom of the market. In that time, Ocean’s total gaming revenue has been just shy of $84 million, with only one month, August, topping the $20 million mark.

Based on total revenue forecasts submitted to state gaming regulators prior to licensing in June, Ocean Resort’s executives estimated that in its first fiscal year the property would net $384.6 million, second only to Borgata Hotel Casino & Spa. So far, the results have lagged those projections, with Ocean reporting $78 million in net revenue during the summer.

To secure financing for the purchase of Ocean, two bridge loans were obtained by Deifik and various holding entities: $110 million from JPMorgan Chase Bank and $122.5 million from Luxor Capital Group, a New York-based hedge fund.

On June 4, a new term loan from JPMorgan for $175 million was completed and the initial $110 million borrowed was repaid. Records from gaming regulators state that the Deifik Family Partnership, a limited liability limited partnership with two general partners — Deifik and his wife, Nancy — were the only guarantors of the new term loan from the bank.

In December, Joseph Morrisey, the former nightclub manager at HQ2, filed a $10 million lawsuit against Deifik, claiming he was pushed out of a signed agreement after helping secure millions in financing for the casino prior to its public opening.

Deifik has said Morrissey is “not credible,” and that he had no intention of selling.

Morrisey named Deifik, Ocean Resort and JPMorgan as defendants in the suit, which was filed in a New York court.

Further compounding the casino’s issues are several liens filed with the Atlantic County Clerk’s Office against the property by construction firms. At least one lien, filed by Atlantic City-based Calvi Electric, was discharged. But a lien filed by Eastern Sign Tech claims it is still owed more than $579,000, according to county records.

Deifik had experience in the casino industry before coming to Atlantic City. He is an investor in three off-Strip properties in Las Vegas operated by Lucky Silver: Silver Nugget Casino, Lucky Club Casino and Hotel and the Golden Tiki. Additionally, Deifik worked for the Greenspun Corp., a Nevada-based company that owns newspapers, websites and other media. He also previously owned a portion of the Professional Fighters League, formally known as the World Series of Fighting.

Ocean Resort opened to the public on the same day as Hard Rock Hotel & Casino Atlantic City. The former Revel was only open for two years after twice declaring bankruptcy due to crippling debt. The property was purchased in 2015 by Florida-based real estate developer Glenn Straub, who paid $82 million for the shuttered casino hotel.

Ocean Resort Casino tenants in the dark on new owner

ATLANTIC CITY — It’s been more than a week since it was revealed Ocean Resort Casino would be changing hands, and there’s still no word on wha…

If entrepreneurs still dream of owning a casino and succeeding in Atlantic City, the high cost of entering the market and the gaming competiti…

Ocean Resort Casino, housed in the former Revel Casino Hotel, opened Thursday, June 28, 2018, to much fanfare, including a ribbon-cutting cere…

ATLANTIC CITY — The Casino Control Commission named Alisa Cooper, a native of the resort, as vice chair for 2019.

ATLANTIC CITY — While the future home of the Miss America Competition remains unclear, the Miss New Jersey pageant on Wednesday announced it i…

Three firms have applied for ratepayer subsidies to build offshore wind farms in New Jersey, two of which are eyeing Atlantic City’s coast.

Thousands of polar plungers charge into ocean in A.C., Brigantine 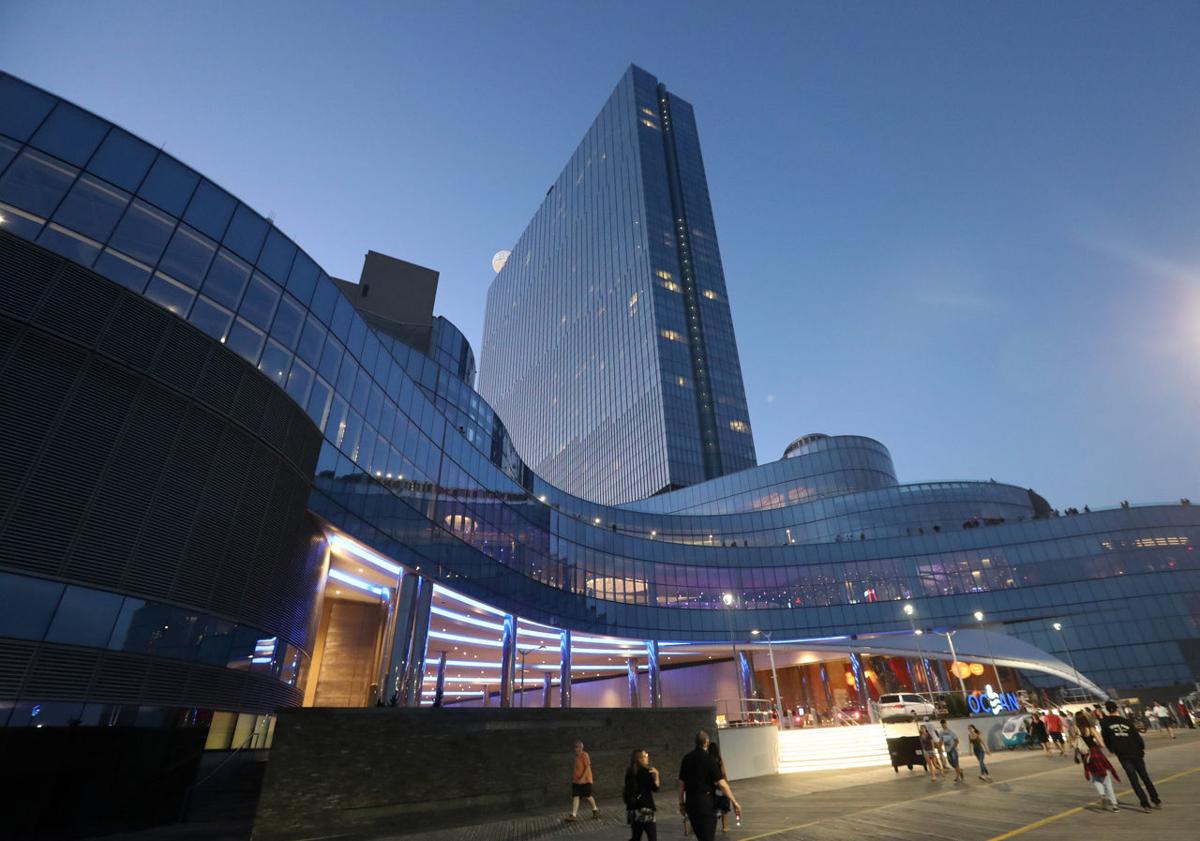 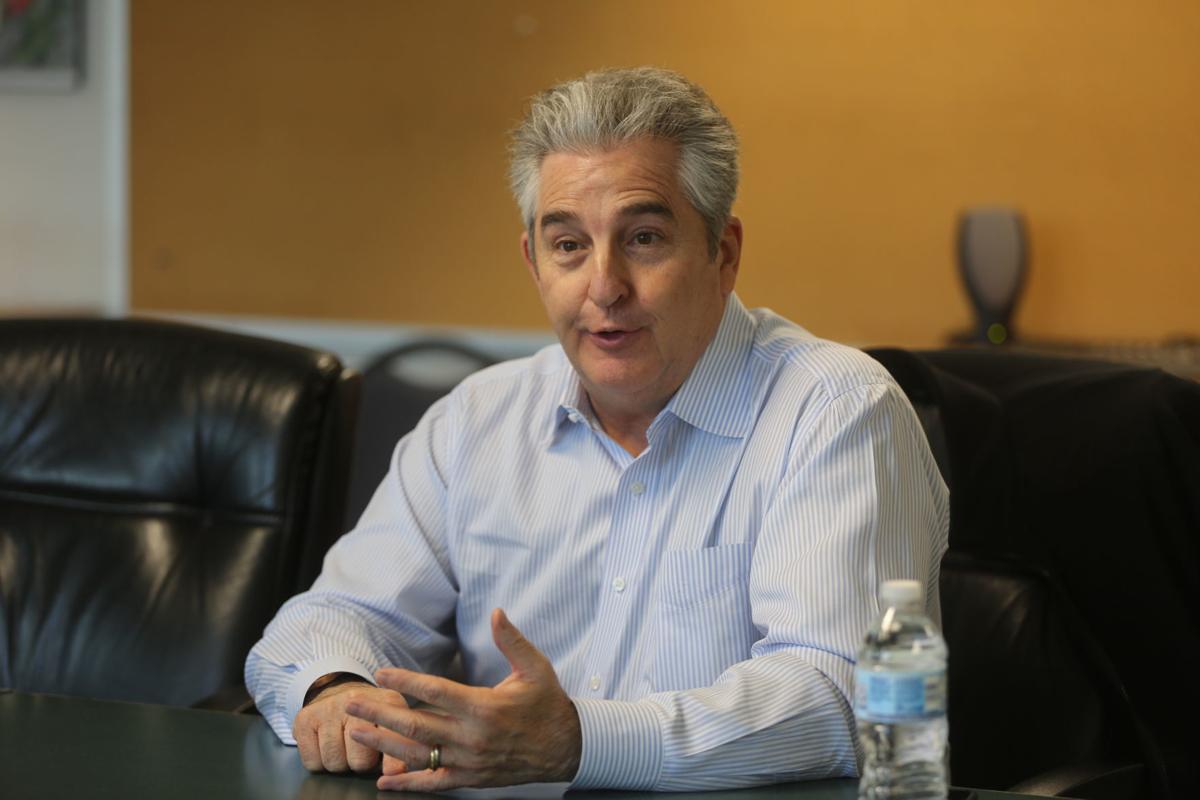