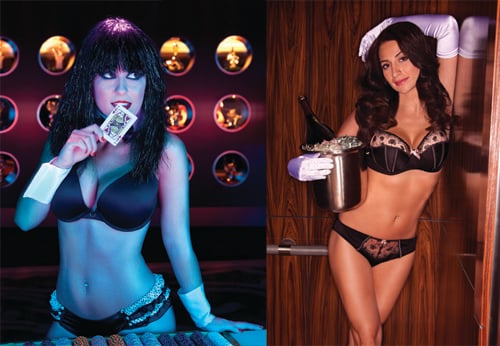 The Babes of Borgata Calendar returns for 2013. 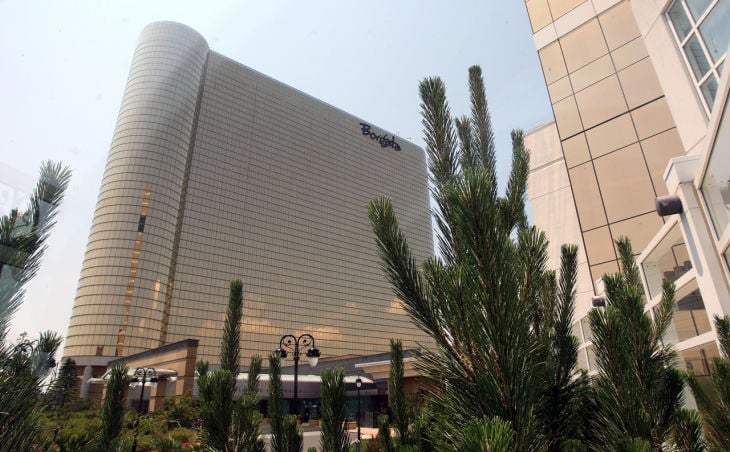 When your job title is “babe,” you can expect your employer to have something to say about your weight.

That was the message by an Atlantic County Superior Court judge, who stated that Borgata Hotel Casino & Spa is within its rights to limit the weight gain of its scantily clad cocktail servers known as “Borgata Babes.”

Superior Court Judge Nelson Johnson granted summary judgment in favor of the casino in a lawsuit by 22 cocktail servers who claimed Borgata created a culture of humiliation and harassment with its dress code for the servers. The policy does not constitute sexual discrimination, according to a copy of Johnson’s decision.

The women involved in the claim disputed a policy prohibiting the servers from gaining more than 7 percent of their body weight after they were hired, among other provisions. Some women claimed they were told to take laxatives prior to mandatory weigh-ins or directed to stop taking prescription medications that cause weight gain, court documents show.

In a 24-page document filed July 18, Johnson focused on the hiring process the women endured, which he said made it clear the positions  were meant to be part entertainer and part cocktail server. All of the women involved in the case later signed statements agreeing to the weight policy, which the judge described as lawful and reasonable.

“The Borgata Babe program has a sufficient level of trapping and adornments to render its participants akin to ‘sex objects’ to the Borgata’s patrons. Nevertheless, for the individual labeled a babe to become a sex object requires that person’s participation.” Johnson wrote. “Plaintiffs cannot shed the label babe; they embraced it when they went to work for the Borgata.”

Joe Lupo, Borgata’s senior vice president of operations said the casino has long held that its personal appearance policy was reasonable and not discriminatory to women.

“The court noted that our personal appearance standards are fully and openly disclosed to all team members, and that every plaintiff voluntarily accepted them before starting work,” Lupo said.

Mount Laurel-based attorney Kevin Costello, who represented the servers, could not be reached Wednesday. A receptionist at the Mount Laurel office said he was unavailable until Monday.

Accounts of each woman involved in the lawsuit differ.

One said that she was disciplined for eating a cookie. Another was asked publicly if she was faking a pregnancy and “just getting fat.” After being flagged for not meeting the weight requirements, some women claimed they were given a week to lose weight while others had several months, court documents show.

Costello has said the case was not focused on how the policy was implemented but the fact that it existed at all.

Borgata opened in 2003 and has marketed itself as a Las Vegas-style casino. The Borgata Babes cocktail servers dress in miniskirts, cleavage-baring bustiers, black tights and high heels.

More than 4,000 people applied to be Borgata Babes in the casino’s initial hiring process, court documents show. During their auditions, candidates were given brochures describing the Borgata Babes as “part fashion model, part beverage server, part charming host and hostess. All impossibly lovely.”

“She moves toward you like a movie star, her smile melting the ice in your bourbon and water,” the brochure states. “You forget your own name. She kindly remembers it for you. You become the most important person in the room. And relax in the knowledge that there are no calories in eye candy.”

Initially, hiring letters informed the servers they were to appear “physically fit” with their weight proportionate to their height. But that standard proved difficult to enforce and by 2005, Borgata enacted the controversial weight requirements, banning the servers from gaining more than 7 percent of their body weight. Court documents state that the casino equated that percentage to the change in one clothing size.

For a woman weighing 130 pounds, that means she cannot gain more than 9.1 pounds. The women are subject to periodic weigh-ins and can be suspended if they fail to meet the requirements. Exceptions can be made for medical conditions, and women returning to work from a pregnancy have six to nine months to meet the weight requirements, documents state.

The women in the latest consolidated case are not the first to dispute the weight policy. In 2006, former Borgata Babes Renee Gaud and Trisha Hart brought a $70 million lawsuit against the casino over the same policy. Their case ended quietly with a confidential settlement two years later.

Johnson said nothing bans an employer from asking employees to remain attractive, especially when they were hired in part because of their appearance. Courts have held that employers are allowed to rely upon stereotypical notions of how men and women should appear, but they cannot impose professional disadvantages based on a person’s gender.

Borgata’s practices were applied to both male and female Borgata Babes, although there are substantially fewer men employed in the positions, Johnson said. Between February 2005 and December 2010, there were 646 women and 46 men employed as Borgata Babes. Weight accommodations were made for 48 servers — all female — during that time frame.

Still, Johnson acknowledged that while Borgata’s policies are legal, they can prove problematic.

A collection of our most popular articles, photo galleries and videos of 2013 as determined by you our digital readers.

The Borgata Babes’ long-running days in court may not be over yet.

WHO IS HE: While attending the University of Arkansas, comedian Ralphie May won a radio station-sponsored talent show where the grand prize wa…

At The Shore Gallery

If you always dreamed of being a pro basketball player, you’re about to get your chance from an unlikely source — the Borgata Hotel Casino & Spa.

With his fiery, profanity-laden temper, Gordon Ramsay may not be the first person you think of spending Valentine’s Day with.

ATLANTIC CITY — After an awful 2014, Atlantic City’s casino industry is off to an encouraging start for 2015, with the eight surviving casinos…

Atlantic City must take care of its people

Regarding the Jan. 25 story, "Is bankruptcy next for Atlantic City?":

It’s rare for a 28-year-old pop star to hang out with an 88-year-old jazz singer, but these Lady Gaga and Tony Bennett are the exception. Ever…

Robert's Steakhouse is a chic, contemporary lounge with delicious food and amazing drinks inside the Taj

See and be seen.

On July 2, 2003, Atlantic City welcomed Borgata Hotel Casino & Spa, an upscale megaresort that was supposed to appeal to wealthier custome…

Atlantic City does sexy, to varying degrees, with results both good and bad

Borgata brings back Babes of Borgata calendar for 2013

It’s like Santa Claus made all of our wishes come true. Borgata Hotel Casino & Spa, after a three-year hiatus, decided to bring back its B…

The Babes of Borgata Calendar returns for 2013.