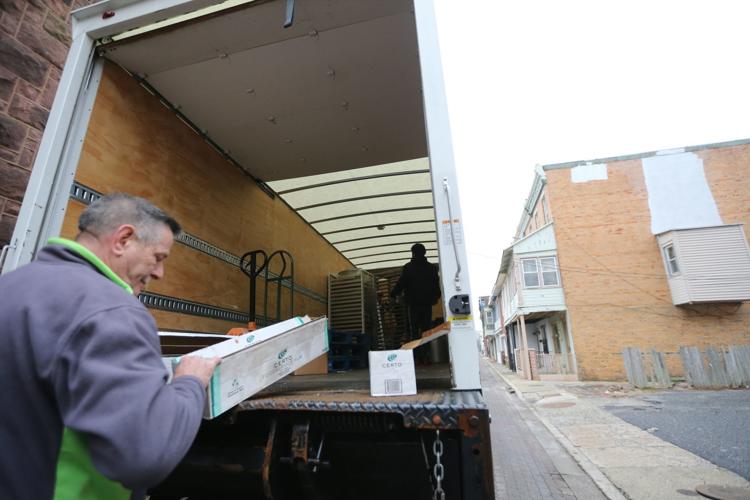 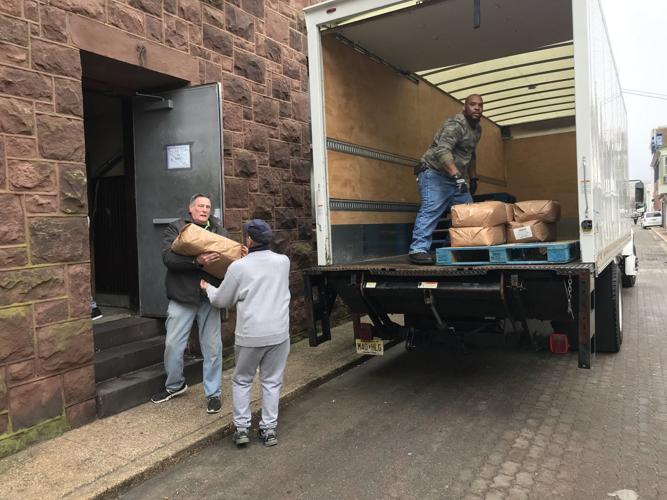 Representatives of Sister Jeans Kitchen load trucks as the kitchen closes up. 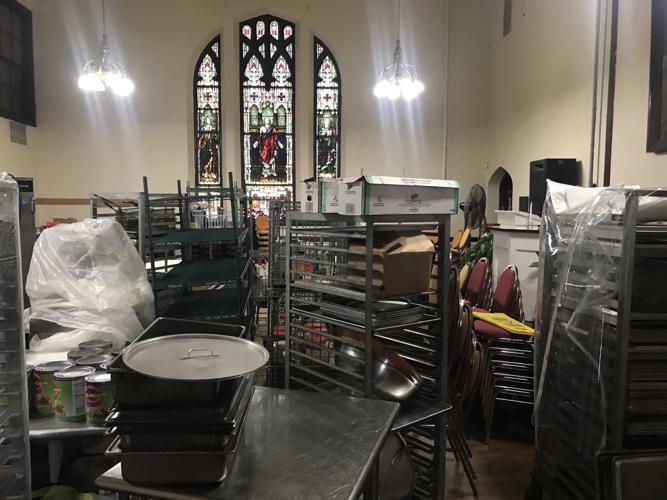 On Monday, this area of Sister Jean’s Kitchen had tables lined up for lunch service. On Thursday, volunteers were moving all equipment out. 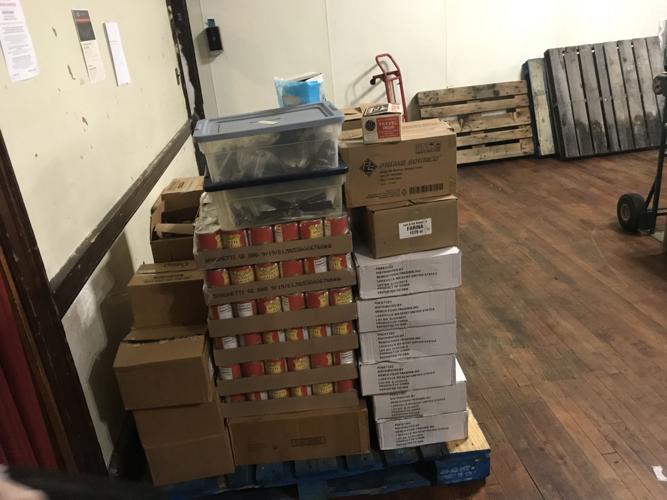 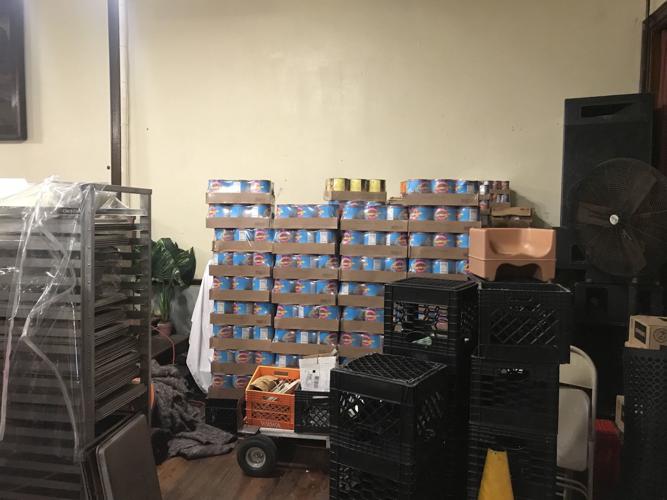 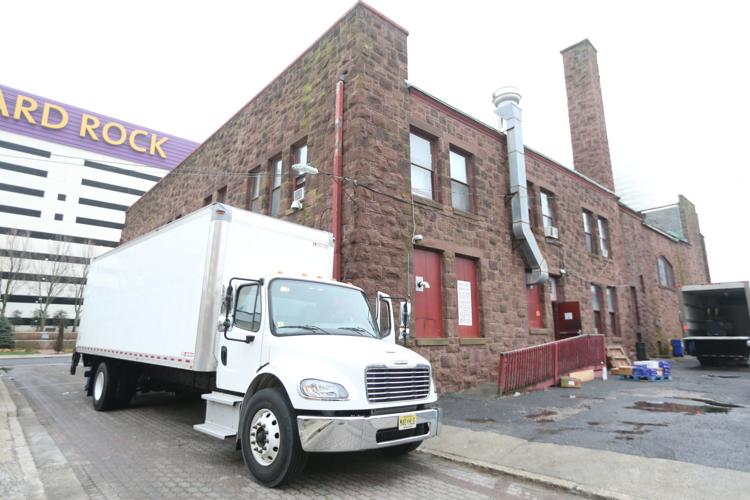 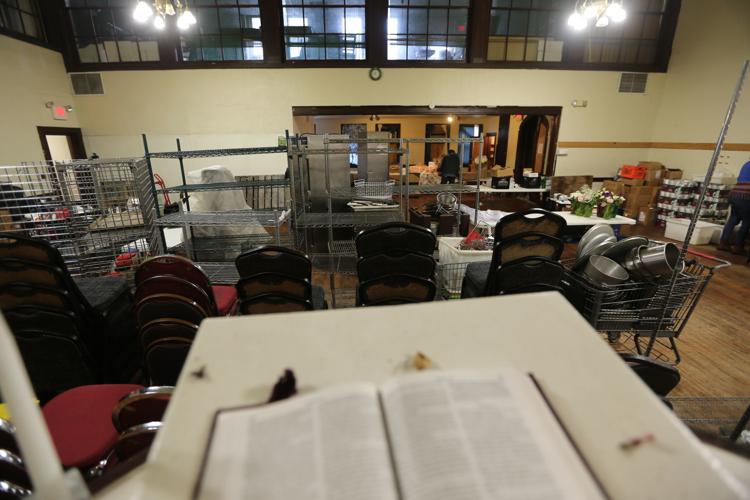 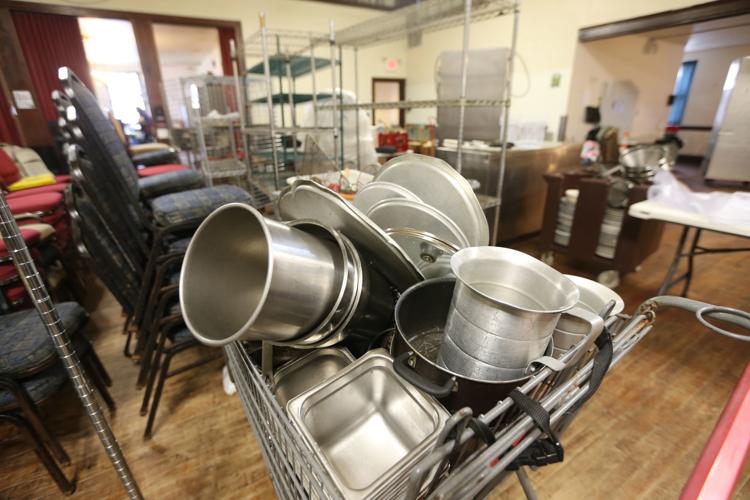 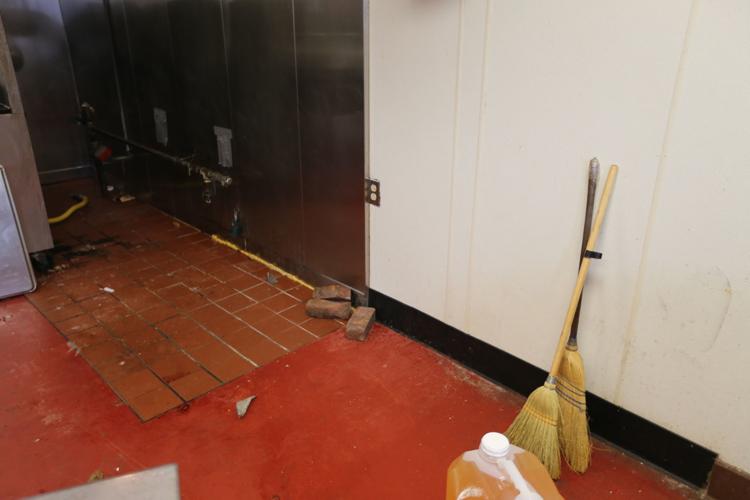 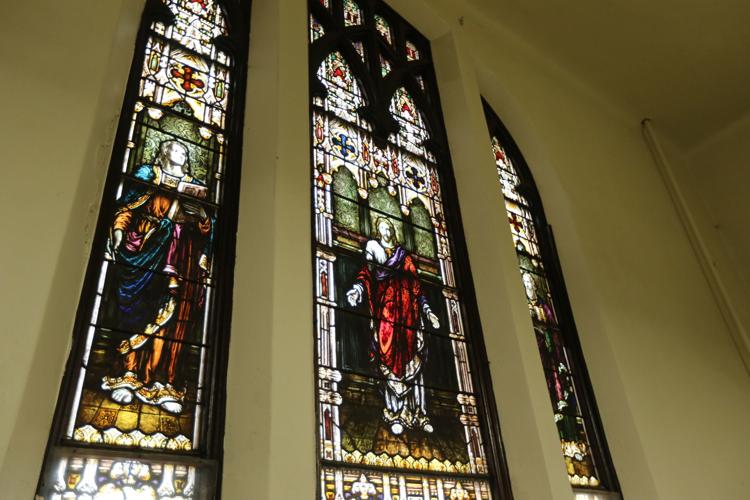 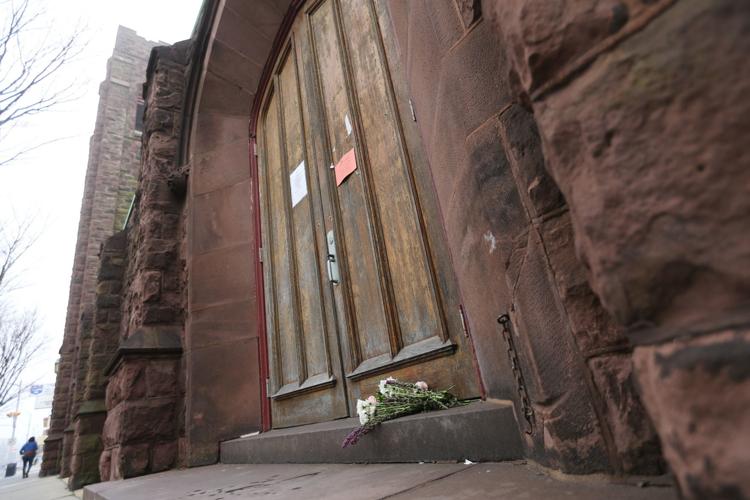 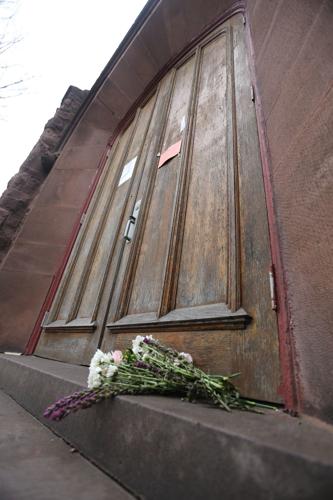 Sister Jean’s Kitchen closed in February after the city deemed its building unsafe. 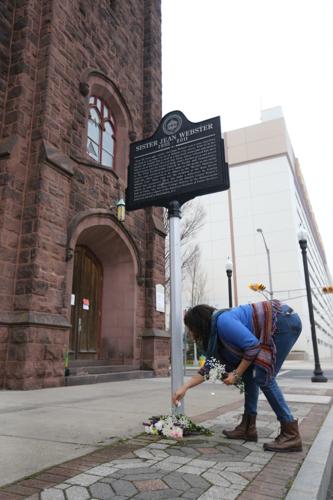 Sister Jean’s volunteer Paige Vaccaro places fresh flowers she brought for the kitchen’s tables Monday by the memorial plaque outside Victory Presbyterian Church as others unload all the kitchen equipment Thursday to vacate.

ATLANTIC CITY — The Atlantic City Rescue Mission is confident it will be able to provide for the hungry who have one less option after the closing of Sister Jean’s Kitchen.

Meanwhile, officials with Sister Jean’s are confident the forced shutdown of its operations is only temporary and the food assistance program will be up and running again soon.

State officials said the Rescue Mission, which is about one mile away, or a 20-minute walk, from Sister Jean’s, has agreed to provide daily lunches after the closing of the kitchen.

City officials deemed the 163-year-old Victory First Presbyterian Church at Pennsylvania and Pacific avenues, which housed Sister Jean’s, unsafe and ordered the building to be vacated by Thursday. The kitchen, which provided meals to nearly 300 people a day Monday through Friday, served its last plate Wednesday.

The Rev. Bill Warner, of the Rescue Mission, said about 20 of Sister Jean’s regulars visited his location on Bacharach Boulevard on Wednesday and several more Thursday.

“It will take a week or so for a real transition to take place,” said Warner. “But, as they do, we’re prepared to handle that. We’ve been doing this for 55 years.”

Warner said the Rescue Mission typically serves 150 to 250 meals per day but at times has seen that number increase to nearly 800.

“Whatever overflow they have, we can handle. It’s not a problem at all. Glad to help,” he said Thursday.

The future of Sister Jean’s remains unknown. Officials from the state, city and the kitchen met Wednesday to discuss solutions.

“There are plans to move forward with the discussions with the city administration and (with) the DCA looking over our shoulder,” said the Rev. John Scotland, executive director of the nonprofit that operates Sister Jean’s, adding a promise was made to find a long-term home and to work out a temporary solution. “We have more meetings to do.”

Sister Jean's turned down meeting with state, city prior to eviction

ATLANTIC CITY — Prior to its eviction from the Tourism District, Sister Jean’s Kitchen, the …

Bill Southrey, a board member for Friends of Sister Jean Webster Inc. and former director of the Rescue Mission, said many of those who used the nonprofit’s services are from the city. Because of that, Southrey believes city officials will find a solution so Sister Jean’s can continue to help those in need.

“I don’t think (Sister Jean’s) is done at all,” he said. “There’s a lot of people with need in the city. And until they fulfill the need and make sure everyone has a meal, she needs to be there. Her legacy needs to stand.”

Volunteers and employees of Sister Jean’s started early Thursday morning, scrubbing stainless steel stoves, sweeping up the beaten wooden floor and loading up a truck with food and supplies to move away from the only home the 28-year-old charity has ever known.

Scotland said the supplies were being moved to the former St. Monica’s Catholic Church on North Pennsylvania Avenue, which the charity purchased in August 2017. Perishable food was sent to other social service providers in Atlantic City, including Turning Point Day Center for the Homeless.

St. Monica’s was to be Sister Jean’s new home, but complications with funding and permits from the city have stalled those plans.

In June 2017, the Casino Reinvestment Development Authority approved up to $1 million for Sister Jean’s as part of its Pacific Avenue Midtown Redevelopment Project, which aimed to move the kitchen — along with the John Brooks Recovery Center now in Pleasantville — outside the city’s Tourism District. The CRDA-approved resolution outlined the scope of project — estimated at $936,121 — and required any plans to comply with all city codes and ordinances.

The nonprofit had intended to use the CRDA funding to improve the St. Monica’s buildings and relocate, but the authority found flaws with the plan.

Sister Jean Webster, a casino chef, started the nonprofit in 1991, but her empathy for those less fortunate began long before that. Webster’s charity was the result of her inviting one man she witnessed rummaging through a trash can back to her home on Indiana Avenue for a warm meal. She quickly extended that invitation to anyone in need.

“She’d be turning over in her grave right now,” said David Bond, a Sister Jean’s employee. Bond said since he began working at Sister Jean’s, he started to view those who came regularly as family.

Paige Vaccaro, of Linwood, started an online petition earlier this week to request the city allow Sister Jean’s to continue operating at St. Monica’s. Thursday morning, Vaccaro said she had more than 2,000 signatures. Like Bond, Vaccaro, who volunteers at Sister Jean’s, said she views everyone involved as an extended family.

“This is just really unfortunate,” she said Thursday. “It doesn’t seem like (the city) has a plan.”

This story has been updated to reflect Bill Southrey's affiliation with Friends of Sister Jean Webster Inc.

When an NFL player, a famous DJ and a million-dollar investor make their way into Atlantic City, you’d expect to see them at a nightclub or a …

ATLANTIC CITY — The Casino Reinvestment Development Authority voted Tuesday to reimburse the nonprofit Friends of Jean Webster Inc. up to $300…

ATLANTIC CITY — With the support of the city’s new mayor, Sister Jean’s Kitchen could be back serving the community by next year.

Behind the Headlines: Investigating the Catholic Diocese of Buffalo

Behind the Headlines: Investigating the Catholic Diocese of Buffalo

AIDS in Kenya: Homabay County, where fish are traded for sex

AIDS in Kenya: Homabay County, where fish are traded for sex

Representatives of Sister Jeans Kitchen load trucks as the kitchen closes up.

On Monday, this area of Sister Jean’s Kitchen had tables lined up for lunch service. On Thursday, volunteers were moving all equipment out.

Sister Jean’s Kitchen closed in February after the city deemed its building unsafe.

Sister Jean’s volunteer Paige Vaccaro places fresh flowers she brought for the kitchen’s tables Monday by the memorial plaque outside Victory Presbyterian Church as others unload all the kitchen equipment Thursday to vacate.