A former supervisor in the Cape May County Sheriff’s Office claims that people at the highest levels of county government are putting nepotism ahead of public safety.

David Tomkinson, who resigned last March, alleges in a lawsuit filed in January that county officials repeatedly told him Louis Taylor, whom he supervised, had “to be taken care of” despite his poor work performance because he is the brother of county Prosecutor Robert Taylor.

That poor work performance allegedly included letting a house-arrest inmate be released to attend a dog show. Now, police consider that inmate a suspect in a shooting that occurred that day, the complaint says.

Louis Taylor, 72, who is the coordinator for the department’s Electronic Monitoring Program, declined to comment on the lawsuit, as did a lawyer representing the county.

“We don’t comment on ongoing litigation,” said attorney Russell Lichtenstein, who is representing the county in this case. “I’m certain we’ll ultimately be successful.”

County Counsel Jim Arsenault called the allegations “serious” and said the county was aware of them before the lawsuit was filed. He said the county looked into the claims but couldn’t substantiate them.

But Tomkinson’s attorney, Michelle J. Douglass, said nobody from the county took action when Tomkinson reported Taylor many times to various county officials.

Prosecutor Robert Taylor declined to comment on the litigation beyond saying that Tomkinson’s lawsuit “doesn’t have any merit.”

The allegations paint the Sheriff’s Office as an institution racked by nepotism and negligence — problems that Tomkinson, who oversaw the department’s Alternative Incarceration Program, believe may have led to a shooting last April in the Whitesboro section of Middle Township.

Tomkinson, who resigned a month before the shooting, says in the lawsuit he was contacted by police about the Whitesboro incident.

The inmate, identified only by the initials D.W. and considered a suspect in the shooting, was allowed by Louis Taylor to attend a dog show that day, according to the complaint.

Attending a dog show is not a valid reason to be released from house arrest, Tomkinson says in court documents.

Sheriff Gary Schaffer, who is named as a defendant in the lawsuit, is accused of responding to Tomkinson’s concerns by saying that he knew of Louis Taylor’s behavior but that he “owed the prosecutor.”

“The lawsuit is without merit, and the county is going to defend it vigorously,” Schaffer said but declined to comment further.

In December, Schaffer announced that he would not seek re-election when his term expires at the end of the year.

Louis Taylor, a former police chief in Avalon, was in poor health and frequently slept on the job, the complaint says.

He has a number of relatives who work for the county in addition to the prosecutor, including two employees of the Sheriff’s Office and a county corrections officer, Tomkinson says in the complaint.

Louis Taylor worked in the Prosecutor’s Office before being transferred to the Sheriff’s Office due to concerns about nepotism, the lawsuit claims.

“Apparently, he’s been pushed around,” Douglass said. “I guess they ran out of places to put him.”

The complaint states that Tomkinson resigned because of “physical and psychological illness” due to his belief that he may be held legally liable for Louis Taylor’s mistakes.

“He did not want to resign from his job” and would like to get the position back if possible, Douglass said.

Tomkinson seeks damages from the county and the Sheriff’s Office, but Douglass said he also wanted to alert the public of the situation and be vindicated for his concerns.

“His main goal is to hopefully shed public light on this so a proper investigation is conducted,” Douglass said. “Maybe this will get things shook up so it’s not business as usual.” 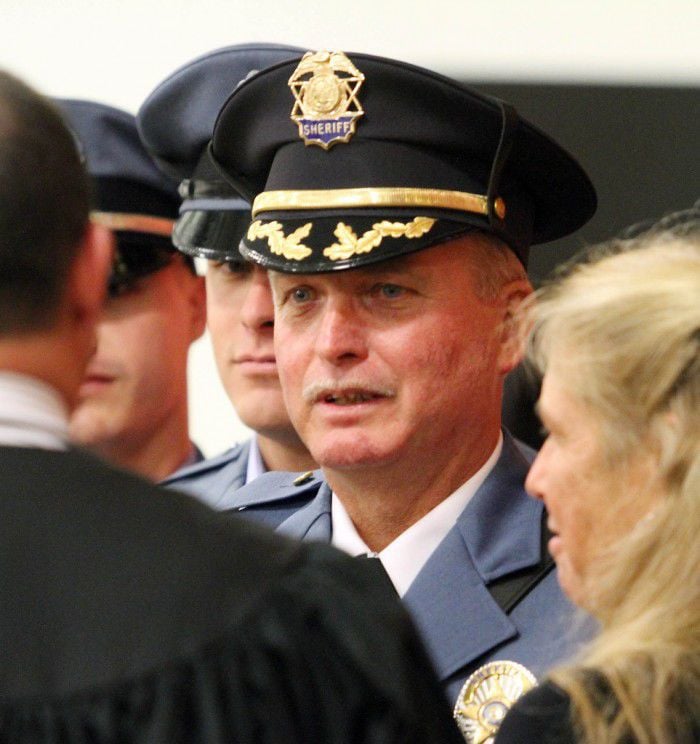 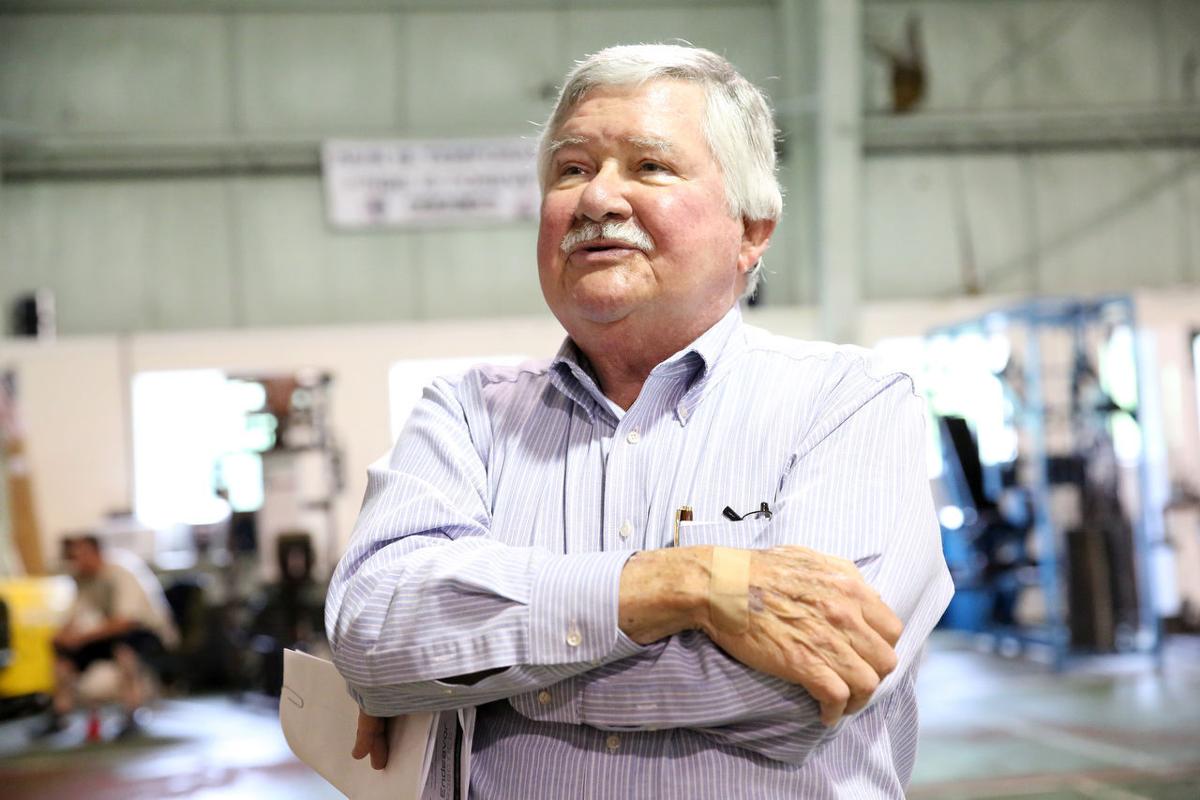 TAYLOR Former Cape May County Prosecutor Robert Taylor, seen in 2016, has filed a whistleblower lawsuit alleging Cape May County freeholders retaliated against him. The County Counsel’s Office denies the allegations. 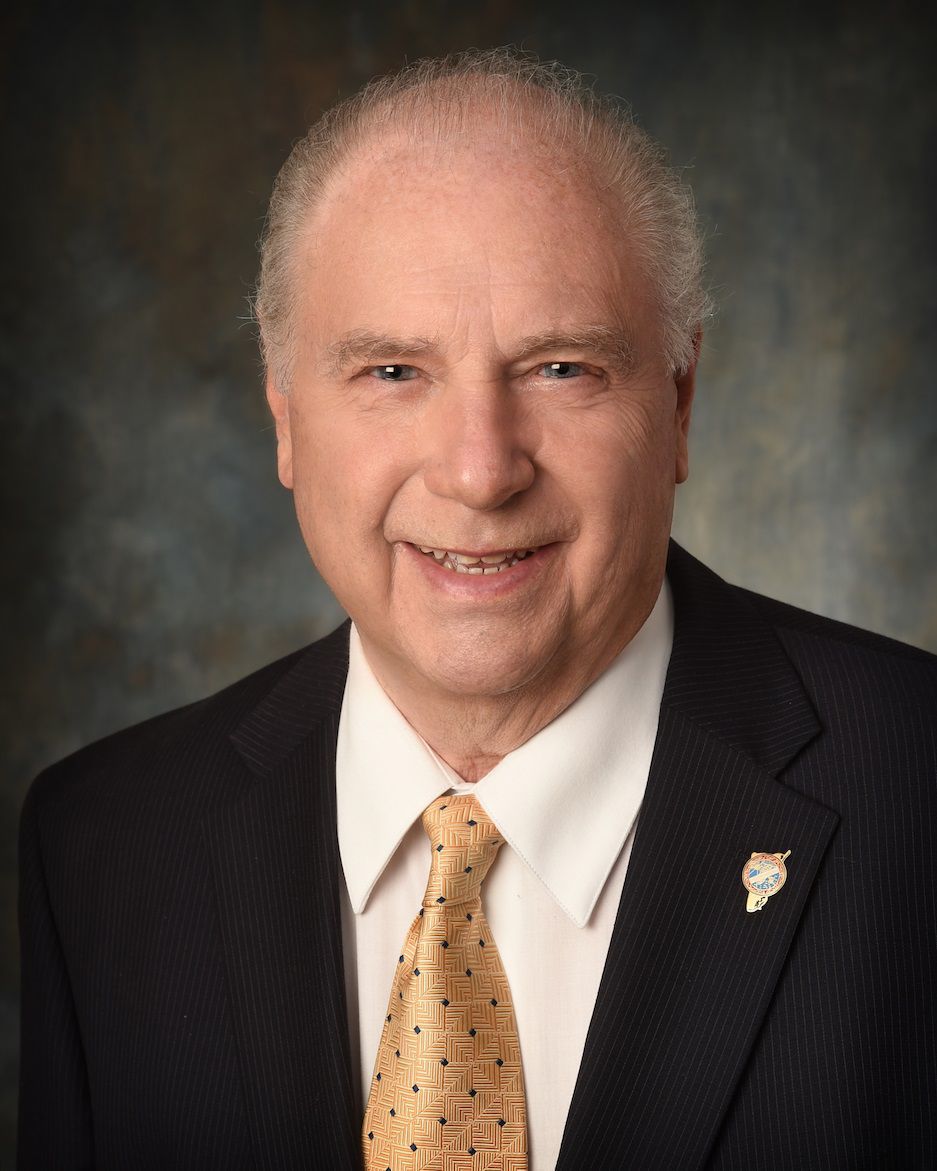