Welcome the F-35s and they may come, Rep. Norcross says 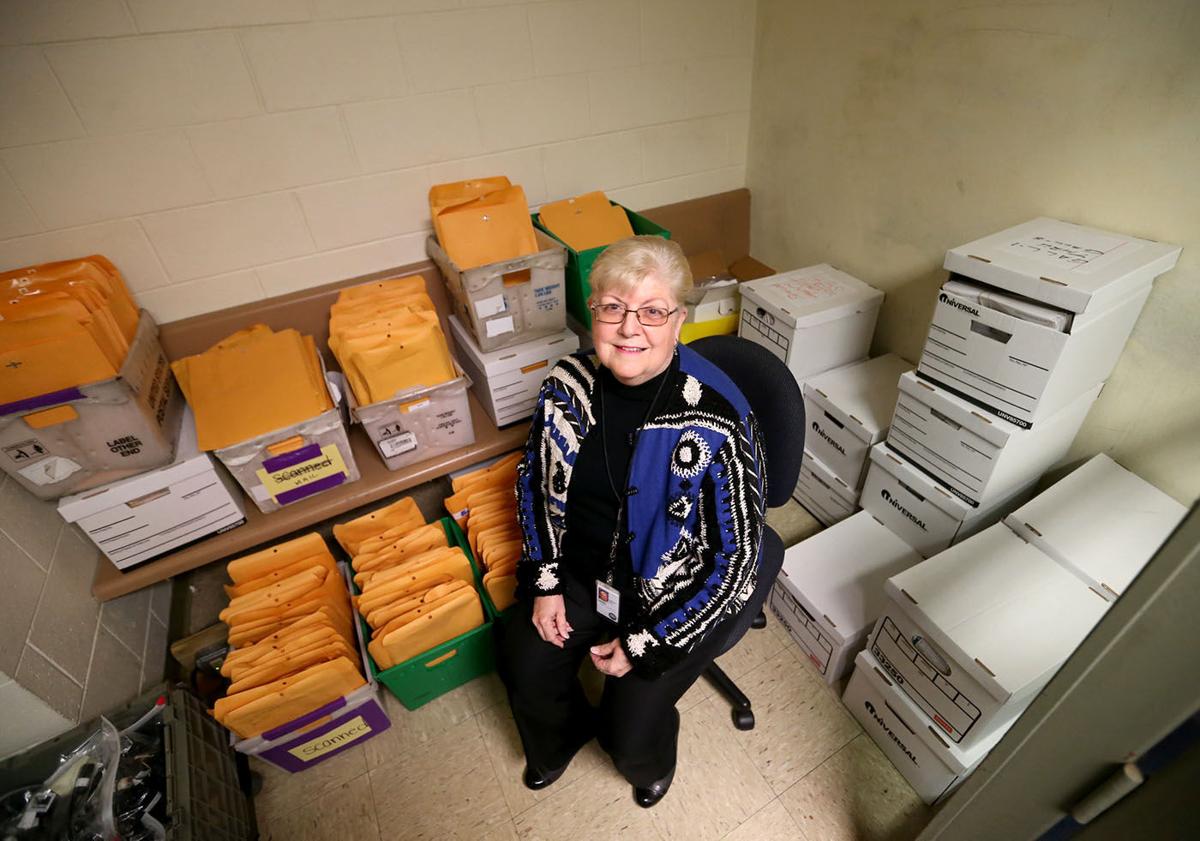 Evelynn S. Caterson, chairwoman of the Atlantic County Board of Elections, says the largest number of mail-in ballots the county had previously received was about 10,000. If 50% of this year’s mail-in ballots are received, it will total more than 50,000. 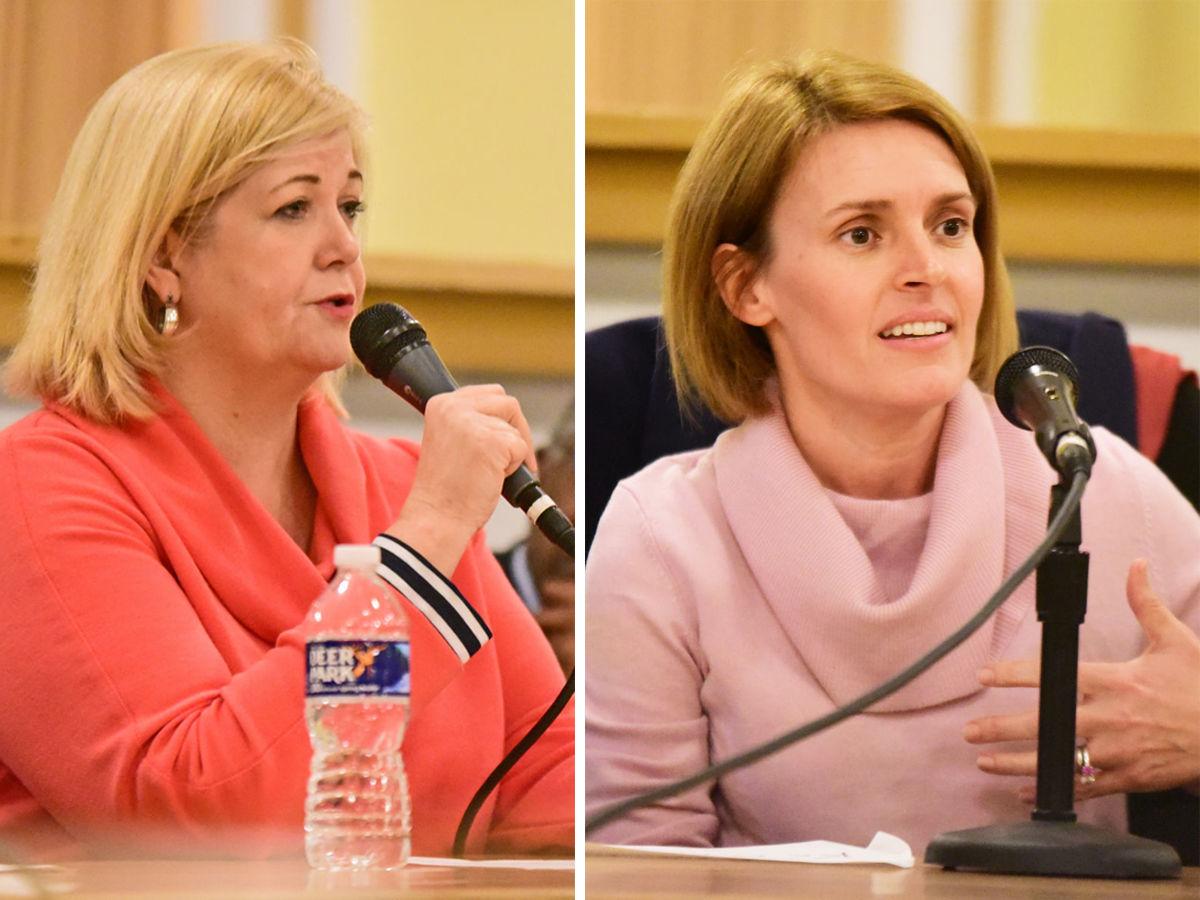 Evelynn S. Caterson, chairwoman of the Atlantic County Board of Elections, says the largest number of mail-in ballots the county had previously received was about 10,000. If 50% of this year’s mail-in ballots are received, it will total more than 50,000.

The ballots have confused some voters, who have declared themselves Democrats or Republicans, but never requested a vote-by-mail ballot. Like most things these days, the new way of running the election is related to the COVID-19 pandemic.

In May, Gov. Phil Murphy ordered that the primary — which he had already moved from June 2 to July 7 — be a mostly vote-by-mail election to minimize viral spread. He also ordered that anyone registered as either Democrat or Republican automatically be sent a vote-by-mail ballot, and that all unaffiliated voters get vote-by-mail applications.

Candidates and officials are urging voters to fill out and mail the ballot themselves, and avoid allowing a stranger either to "help" with the ballot or offer take it to the mailbox for voters.

"If you follow step-by-step the instructions, I believe it will not be an issue for completing," Atlantic County Board of Elections Chairperson Evelyn Caterson said Monday. Explicit instructions are included with every ballot -- in Atlantic County alone 107,000 were mailed, she said.

"It is postage paid, so fill it out and put it as soon as possible in any mailbox or take it to the post office, which will deliver it to the Board of Elections," Caterson said.

Caterson, whose office is responsible for making sure signatures on paper ballots are legitimate and for counting those that are properly cast, is preparing to handle a historic number of paper ballots this election.

The board has never had the potential of handling such huge numbers, Caterson said. Since this is a presidential primary, and includes is a hotly contested 2nd congressional district primary on the Democratic side, the return rate could be high and the numbers overwhelming.

Even if only 50% are returned, that would be more than 50,000 ballots. The largest number the Atlantic County board has handled in the past was about 10,000, Caterson said.

Caterson said the word needs to get out that there will be fewer polling places open July 7 than on a traditional Election Day, and that machine voting will not be possible this time for the vast majority of voters.

"I think the headline should read, 'Voting machines only open to people with disabilities,'" Caterson said. "I don't want people showing up and getting upset."

Each municipality must have at least one polling place open on July 7, but only those voters with disabilities such as blindness who need machine assistance will be permitted to use voting machines.

Others who show up at the polls must vote with a provisional paper ballot, according to the letter from County Clerk Ed McGettigan that arrived with the ballots. They must either already be declared members of the party for whom they wish to vote, or unaffiliated voters ready to declare themselves either Democrats or Republicans.

It is already too late to change from one party to the other to vote in the primary, according to state law.

Harrison, Pleasantville Councilman Lawrence “Tony” Davenport, Pleasantville school board member Jerome Page and Democratic surrogate candidate Levi Fox together sent a letter to U.S. Attorney Craig Carpenito in Newark, asking his office to monitor the election because of a history of voter fraud allegations in Pleasantville and Atlantic City.

“The voter fraud allegations have largely centered on Craig Callaway, a former Atlantic City Council president who served more than three years in federal and state prisons after pleading guilty of taking $10,000 in cash bribes from an undercover FBI agent and for overseeing a blackmail plot to force the resignation of a political rival from the Atlantic City Council,” the letter said.

Callaway declined to comment at the time, when contacted by phone.

Callaway has backed Harrison’s strongest opponent, Amy Kennedy, of Brigantine, who also got the endorsement of the Atlantic City Democratic Committee, which has strong ties to Callaway.

Josh Roesch, campaign manager for Kennedy, said at the time that Harrison was "using the same dog-whistle, racist tactics employed by Donald Trump to suppress the vote in minority communities and to scare and intimidate African-American voters.”

The two are in a six-person race for the right to run against U.S. Rep. Jeff Van Drew, R-2nd, in November.

Kennedy also won the endorsement of Atlantic County Democrats at the group’s convention in March.

Harrison, on the other hand, has been endorsed by six of the eight other county chairmen in the 2nd Congressional District and has the support of state Senate President Steve Sweeney, Assemblymen Vince Mazzeo and John Armato, D-Atlantic, and U.S. Sens. Cory Booker and Robert Menendez.

Callaway is tied to a lawsuit alleging voter fraud in the Pleasantville Board of Education election last year. In that case, pending in Atlantic County Superior Court, candidate Doris Rowell alleges Callaway, his family members and others associated with him improperly handled vote-by-mail ballots.

For the third consecutive day and sixth time in the past nine days, Atlantic County health officials reported no deaths related to COVID-19 on…

Brigantine to host March for Racial Equality on Thursday

BRIGANTINE — A March for Racial Equality will be held Thursday.

High returns, some issues pop up in vote-by-mail primary

With more than two weeks to go until the state’s first vote-by-mail primary election July 7, the Atlantic County Board of Elections has alread…

Videos in Spanish, English explain how to properly vote by mail

The Democrats vying to challenge Jeff Van Drew in the 2nd Congressional District agree that reforms in policing and immigration are needed. Th…

Primary ballots may not arrive in time for election, voters should prepare to go to polls

Two ballots signed by Craig Callaway to be investigated