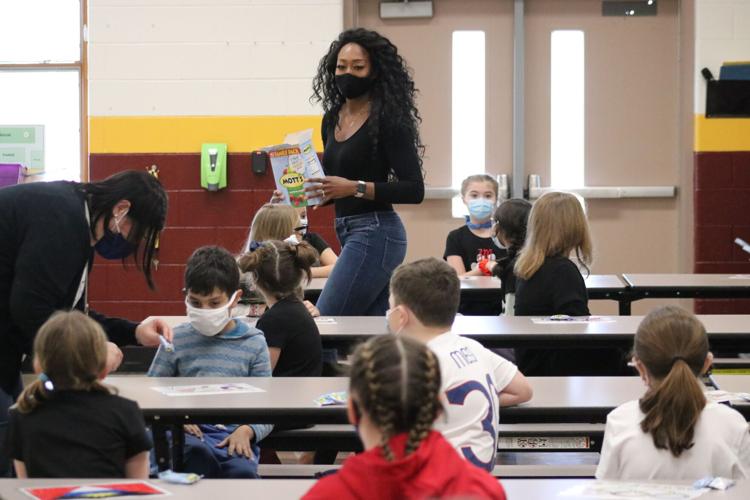 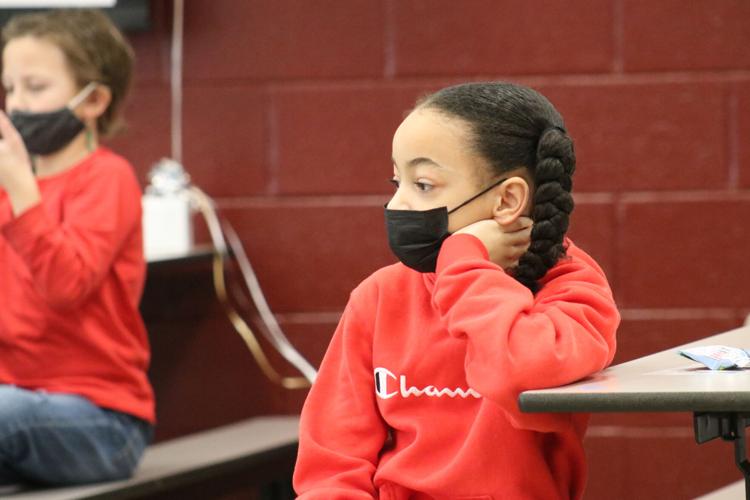 Student J. Banks listens to Loomis speak. The school policy is to release only the first initial and last name of students. 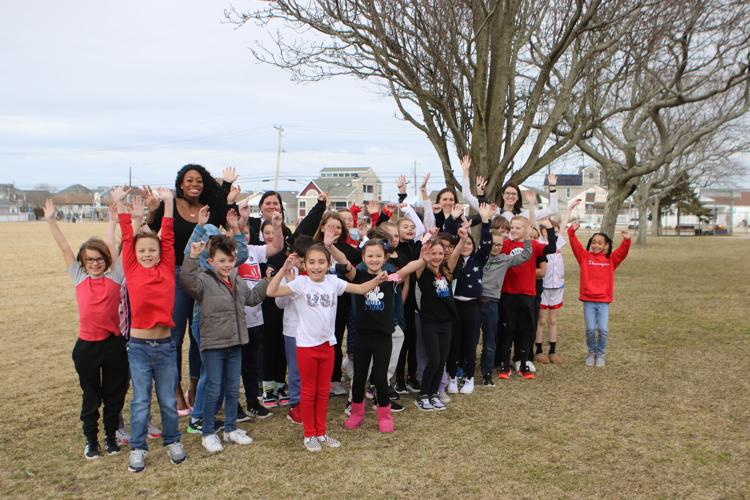 Students gather for a photo with Olympic high-jumper Priscilla Loomis on Tuesday at the Crest Memorial School in Wildwood Crest. 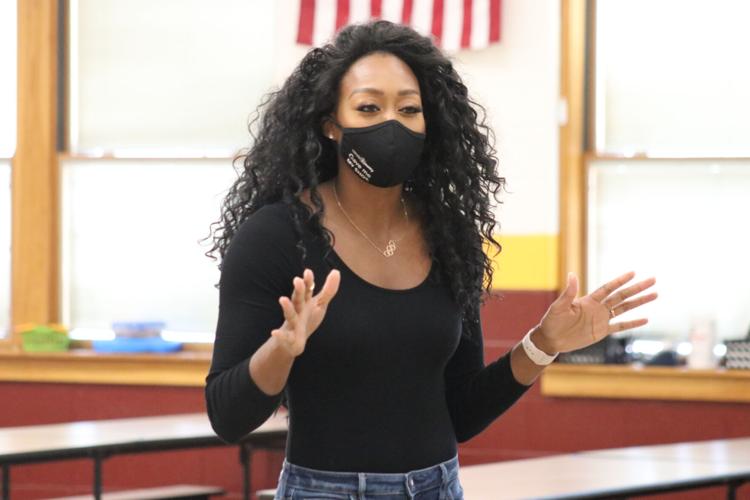 Loomis was born in New York but raised in Sicklerville and now lives in the Wildwoods. Her husband, Ken, is a teacher and football coach at Wildwood High School.

But you have to work for it.

Loomis told students in Leigh Domanowski’s class about working out for hours each day, six days a week, and leaving aside her favorite foods to become a world-class athlete.

Students asked a series of questions, submitting them in advance. One asked how she got to the Olympics.

After 46 years, Yesterday’s in Upper Township is changing hands

UPPER TOWNSHIP — With Olympic curling on TV, classic rock on the speakers and a good size cr…

The second rule is to avoid negativity, with practice listed as number three.

Loomis, 33, grew up in Sicklerville, Camden County, and now lives in the Wildwoods. She was a professional athlete for about a decade, maintaining a grueling training regimen and competing in international competitions. She is a motivational speaker, hosts a podcast and is an entrepreneur.

“I want you to understand that it is possible and I was in your grade,” she said. “I worked really hard. I stayed focused and I practiced. Believe in yourself, work hard and anything is possible.”

Loomis passed around medals she won in 2015 and 2019 at the Pan-Am Games and other competitions. In 2016, then still known as Priscilla Frederick, she competed in the Olympics in Rio de Janeiro, representing Antigua and Barbuda, a Caribbean nation with fewer than 100,000 residents.

She grew up in New York, but her father was born in that country, allowing her dual citizenship.

Having spent the last 15 years of his life in the NFL, Clark Harris is happy his first trip …

She did not medal in the Olympics but told the students that it was an amazing experience to be one of the tiny percentage of people in the world to compete.

She wore a necklace with the Olympic rings and told the students she also got a tattoo of the rings.

Domanowski said her students had been reading “Wilma Unlimited,” a book by Kathleen Krull about Olympic runner Wilma Rudolph, who won three gold medals in the 1960 games in Rome. Rudolph overcame childhood polio to become the fastest woman of her time, and her position as a Black woman on the world stage helped her advocate for civil rights at home.

Domanowski said she sees parallels between Loomis’ and Rudolph’s stories.

She said one of her students mentioned the book at home, and a family member knew Loomis’ husband Ken Loomis, a teacher and head football coach for Wildwood High School. The school reached out and was able to arrange the visit.

The couple married in Ireland in 2019, she said, the day after she won her first gold medal, competing in the Cork City Sports athletic championship.

The students had also been closely following the Winter Olympics in Beijing in Kara McPeak’s social studies and science class, following the medal count for the games and using winter sports to explain principles in physics.

Loomis said she had considered representing Antigua and Barbuda in the winter games in the single-woman bobsled event, but that did not work out, she said.

She had been working for a spot in the summer games in Tokyo, held in 2021 because of the COVID-19 pandemic. Those plans were derailed when she caught COVID, she told the class. But she said she was not bitter about it.

Loomis told the students that her mother didn’t have much money when she was growing up. She and her sister shared a single present, a new Disney movie on VHS each year. She was born in New York, and the family later moved to South Jersey. She said she competed as a high school student at Paul VI in Haddonfield and earned a scholarship to St. John’s University in Queens. She studied communications with a focus in television and film.

She told the students she never got the hang of basketball or soccer, but plans to learn to surf this summer, and is working on a new career.

“Hopefully, in the next couple of months, you’ll see me on Disney+,” she said. She got a part as an extra in a film and has a role in a series set in the Marvel Cinematic Universe, Loomis said.

“Even though things happen in life that may not go exactly as planned, I still want you guys to believe in yourselves and go after it. Chase every dream that you have. Because why not you?” she said. “It has to be somebody.”

ATLANTIC CITY — Could one of the city’s new slogans be “Indoor Pickleball Capital of the World?”

Amerigroup New Jersey provides $230,000 to community organizations across the state

Amerigroup New Jersey, a managed health care and health insurance provider for low-income residents, has provided over $230,000 to dozens of o…

Student J. Banks listens to Loomis speak. The school policy is to release only the first initial and last name of students.

Students gather for a photo with Olympic high-jumper Priscilla Loomis on Tuesday at the Crest Memorial School in Wildwood Crest.

Loomis was born in New York but raised in Sicklerville and now lives in the Wildwoods. Her husband, Ken, is a teacher and football coach at Wildwood High School.