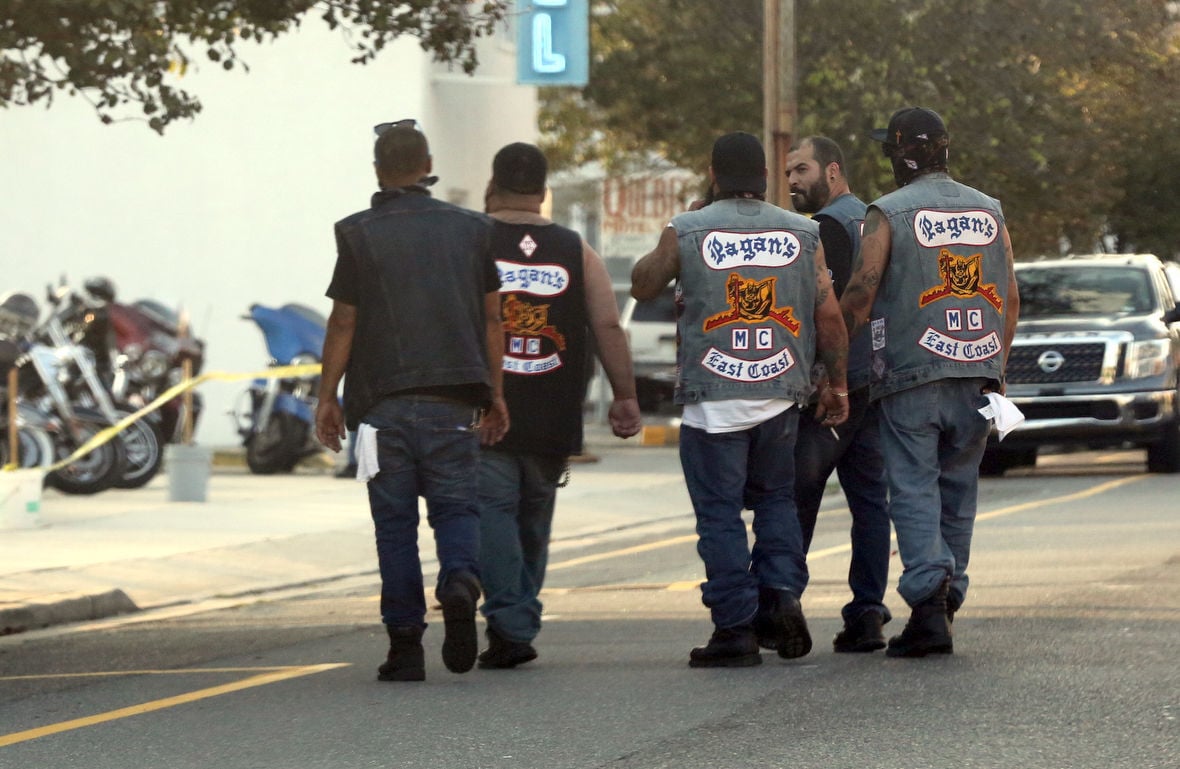 Members of the Pagans Outlaw Motorcycle Club visit Wildwood on Friday, despite the cancellation of the Roar to the Shore motorcycle event. 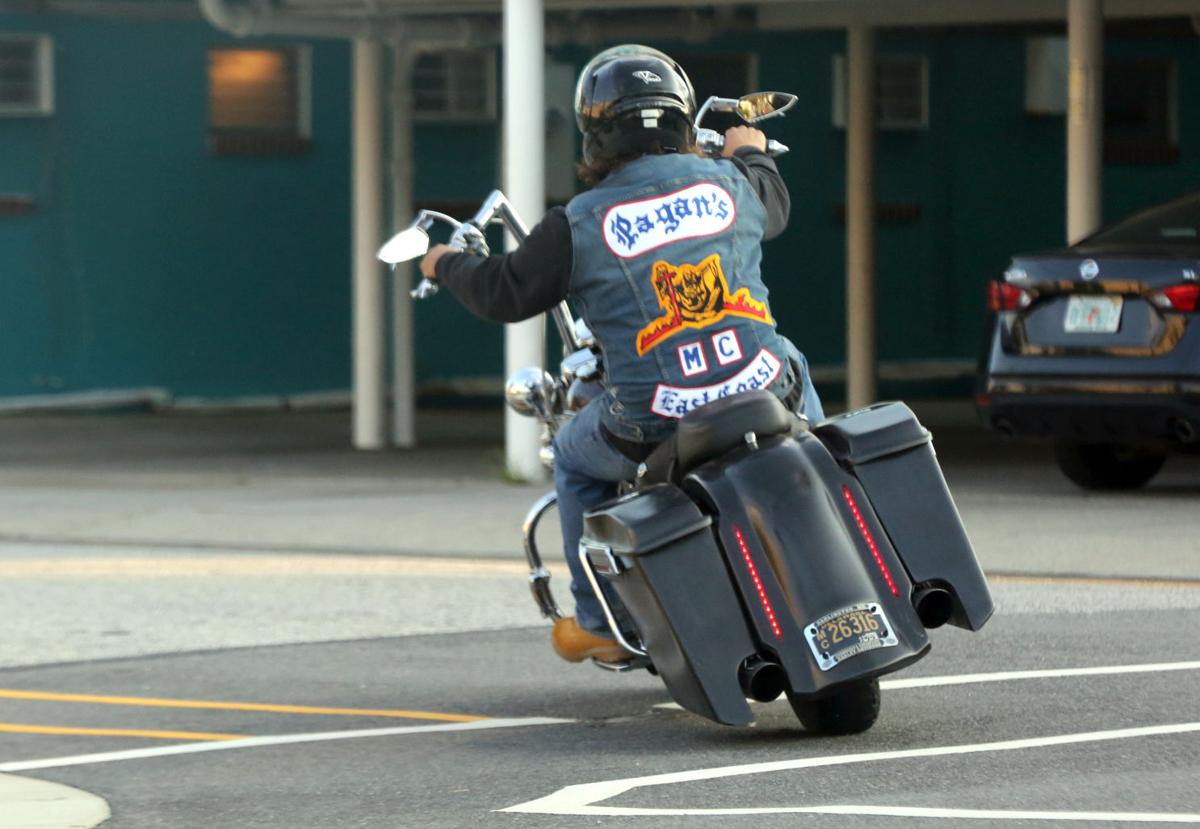 Members of the Pagans Outlaw Motorcycle Club visited Wildwood in September, despite the cancellation of the Roar to the Shore motorcycle event.

WILDWOOD — Along Pacific Avenue on Saturday afternoon, a handful of restaurants and shops had signs telling patrons that “colors” were not allowed inside.

The signs are generally a mark of the annual Roar to the Shore — an effort by business owners to keep customers from coming in wearing vests and jackets emblazoned with the logos and patches of motorcycle clubs to stem any potential conflicts with other organizations.

But there was no Roar to the Shore this year.

The event, which has brought in thousands of motorcycle enthusiasts over the past two decades, was canceled this year after organizers said the city denied them permits. But there were dozens of bikers at city restaurants and hotels, the most visible belonging to the Pagans Outlaw Motorcycle Club, a group state officials say is expanding in membership and criminality.

Roar to the Shore canceled, but Pagans still coming to Wildwood this weekend, police say

But, during a year of financial struggles for many small businesses due to the COVID-19 pandemic, especially in South Jersey shore communities, several business owners said they missed the bikers and the money they spend in the city.

Anastasios Karros, co-owner of Boardwalk Bar and Grill, was working the counter at the business’ attached liquor store. He said the shoulder season between summer and winter is generally the time he gets to make money before the shore town goes quiet for the year, and annual conventions and events make up a big chunk of it.

“We’re not dire, but I don’t think we broke even,” Karros said of this season, adding several motorcyclists had come in Saturday to purchase alcohol, but it’s not close to what he would have made on a Roar weekend.

The Pagans are generally a fixture at Roar, as it’s a “mandatory run” for club members in the state. City police confirmed Thursday that the group was expected in the resort this weekend, even with the event canceled.

Officers patrolled Pacific Avenue in pairs on bikes, or monitored traffic from their cars. Vehicles from the Cape May County Sheriff’s Office and State Police were in the city, too.

Former Lower Township police officer and current owner of Atilis Gym Chris Lambert said he’s down 50% or more in business that he would generally have during a weekend event in the city.

“These guys have never had any problems,” Lambert said of the Pagans. “These guys are good people. They come in, they go to restaurants, they buy souvenirs. They generate money; they generate profit for all of our small businesses.”

Lambert joked that he has “more aggravation” during the state firefighter convention, another annual September event in the city that was canceled this year.

The city paid about $40,000 for police overtime at last year’s Roar to the Shore, according to previous reports. In a Facebook post, police listed 26 arrests during the event for charges ranging from possession of a weapon for an unlawful purpose to possession of a controlled dangerous substance, but it was unclear whether all the charges listed were filed against Roar participants.

The Pagans are undergoing a resurgence, going from 10 chapters in the state in 2013 to 17 as of last year, according to state investigators. There are roughly 900 Pagans nationwide, including anywhere from 150 to 350 in New Jersey.

On Wednesday, a report from the State Commission of Investigation detailed incidents involving the group in recent years. Club members beat a landlord in the city after he tried to evict a woman connected to the group and beat a bar owner with a pool stick after he didn’t pay for protection the group offered, according to the report.

1 arrested after shots fired at motel in Villas

WILDWOOD — Police are asking for the public’s help Wednesday to identify a man suspected of a Saturday arson.

Members of the Pagans Outlaw Motorcycle Club were expected to be in Wildwood this weekend, police said, even though an annual motorcycle event…

2020 Roar To The Shore in Wildwood has been canceled

2020 Roar To The Shore in Wildwood has been cancelled

Members of the Pagans Outlaw Motorcycle Club visit Wildwood on Friday, despite the cancellation of the Roar to the Shore motorcycle event.

Members of the Pagans Outlaw Motorcycle Club visited Wildwood in September, despite the cancellation of the Roar to the Shore motorcycle event.