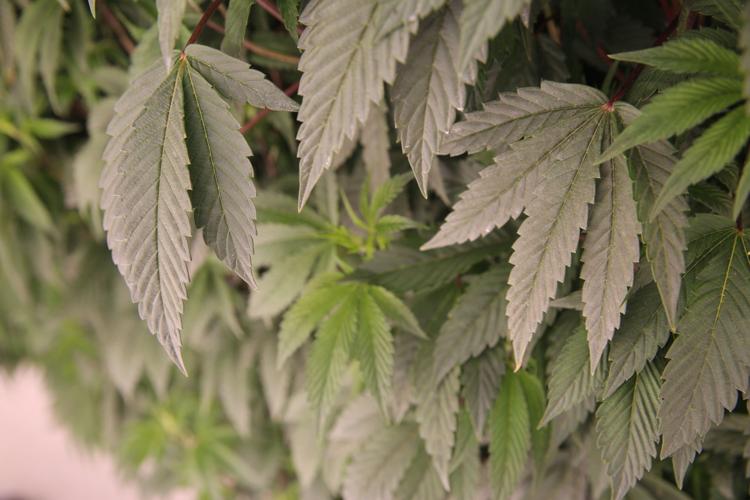 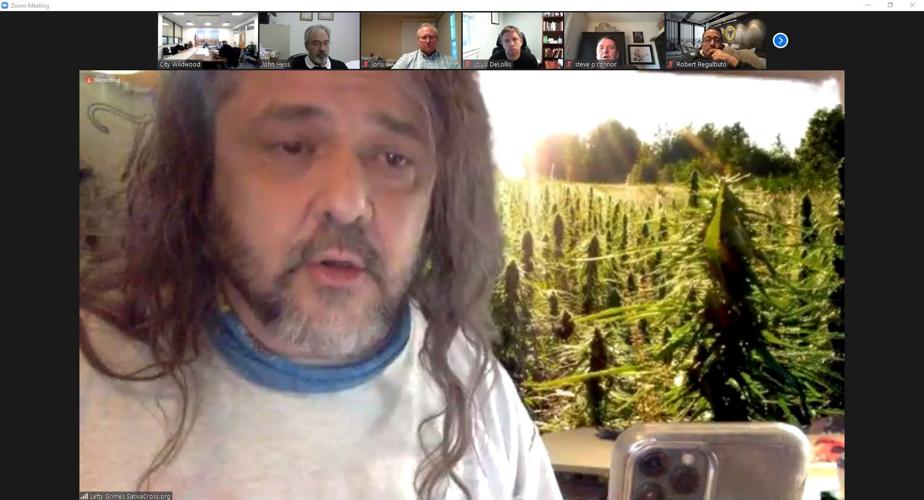 Edward Grimes, an activist with the organization Sativa Cross, was one of several advocates and critics who spoke during the Wildwood Board of Commissioners meeting Wednesday as the municipality continues to weigh whether to restrict marijuana sales and dispensaries in the resort. 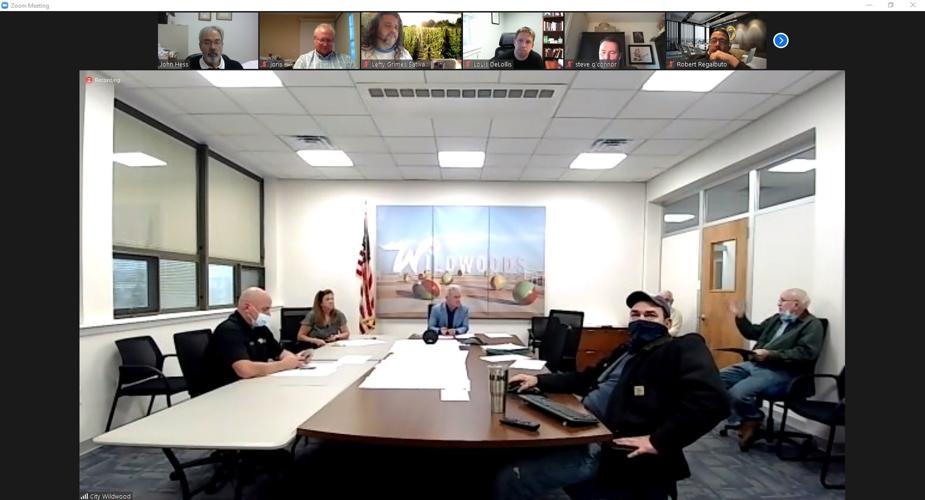 The Wildwood Board of Commissioners met in person Wednesday, but most participants in the meeting were remote. Advocates and critics of legal marijuana spoke at the meeting, but officials said they would take their time reaching a decision on whether to ban dispensaries in the beach resort.

WILDWOOD — In 2019, long before a majority of New Jersey voters said yes to legal cannabis, Wildwood said no, approving a preemptive ban on dispensaries in the beach resort should the state eventually legalize.

Now that the bills are signed and legal marijuana is on its way, Wildwood seems ready to reopen that door a crack.

At Wednesday’s Board of Commissioners meeting, advocates and opponents of allowing local pot shops had their say. Mayor Pete Byron responded that the city does not have enough information yet to make a reasonable decision.

“We’re absolutely looking at it,” he said at the meeting. That includes checking to see if the ordinance approved in 2019 will take care of the issue without further action.

So far, attorneys in other communities say it will not. City solicitors in Cape May and Ocean City have told their respective municipal governing bodies that the ordinances approved before legalization were rendered void when Gov. Phil Murphy signed a package of laws establishing a legal cannabis market in February.

The new laws give towns 180 days to approve zoning limits on cannabis businesses, or else the use will be allowed in some zones by default. What’s more, if towns do not act within that period, they will not be allowed to do so after the deadline until five more years have passed.

That means the city has until August to approve an ordinance, which will also have to go before the Planning Board for review before final passage.

Wildwood’s neighbors are already moving on the issue. North Wildwood has introduced an ordinance already, and Wildwood Crest has a draft ordinance, likely to be introduced at a future meeting.

When Wildwood voted to keep out cannabis businesses in 2019, Ernie Troiano was mayor. The city was one of the first in the state to preemptively vote to ban local dispensaries, and he was adamant they should have no place in the resort, arguing the resort has enough problems trying to control alcohol each summer, including underage drinking.

Byron, who defeated Troiano in a crowded race in 2019, sounds far different on the issue. He pointed out that Wildwood voters said yes to legalization by a margin of almost 2-1. The measure passed by a wide margin statewide and in Cape May County.

“We have an obligation based on that information to take a look at this,” Byron said. He pointed out that two of the towns that are moving to keep out cannabis sales do not allow alcohol sales, either. Wildwood Crest and Ocean City do not have alcohol licenses. “In the past, too many things were done on a knee-jerk.”

In other interviews, Byron has said the city cannot completely disregard the potential revenue from sales, especially when facing a tight budget. If a dispensary is approved, the city would be able to impose an additional 2% local tax under the state law.

Commissioners reached no decision. Members indicated they plan to take their time before bringing an ordinance forward.

“We have discussed it, we are discussing it on a daily basis, and we will have answers,” Commissioner Steve Mikulski said.

At the meeting, advocates pushed for the town to at least allow sales for the medical market. Hugh Giordano, of Blackwood, a representative of the United Food and Commercial Workers Union, said the cannabis industry provides good-paying jobs, while Edward Grimes, an activist with the organization Sativa Cross, said it can be a challenge for patients on vacation or living in Wildwood to travel to buy cannabis out of town.

In a package of bills signed by Gov. Phil Murphy creating a taxed and legal cannabis marketp…

They have spoken to other towns, sharing a similar message.

“We’re hurting, man. We’re patients. I can’t stress that enough, how much this is hurting,” Grimes said.

Byron said whatever steps Wildwood takes, adults will still be able to possess and use marijuana under the new law, including getting it delivered from legal vendors.

“We’re certainly not gong to do anything that’s going to be a black eye for Wildwood,” he said.

And just because voters said yes to legalization does not mean they want to see a Pacific Avenue dispensary, he added.

“That doesn’t necessarily mean the voters were hip to the idea of cannabis sales in town,” he said.

Northfield discusses whether to prohibit marijuana in town

NORTHFIELD — City Council, like many other municipalities in the state, is discussing whether to prohibit the use and sale of marijuana after …

Brigantine joins other towns in banning marijuana, but Northfield is open to retail

Brigantine is the latest town in South Jersey to ban the sale and public use of recreational marijuana since Gov. Phil Murphy signed off on le…

Edward Grimes, an activist with the organization Sativa Cross, was one of several advocates and critics who spoke during the Wildwood Board of Commissioners meeting Wednesday as the municipality continues to weigh whether to restrict marijuana sales and dispensaries in the resort.

The Wildwood Board of Commissioners met in person Wednesday, but most participants in the meeting were remote. Advocates and critics of legal marijuana spoke at the meeting, but officials said they would take their time reaching a decision on whether to ban dispensaries in the beach resort.