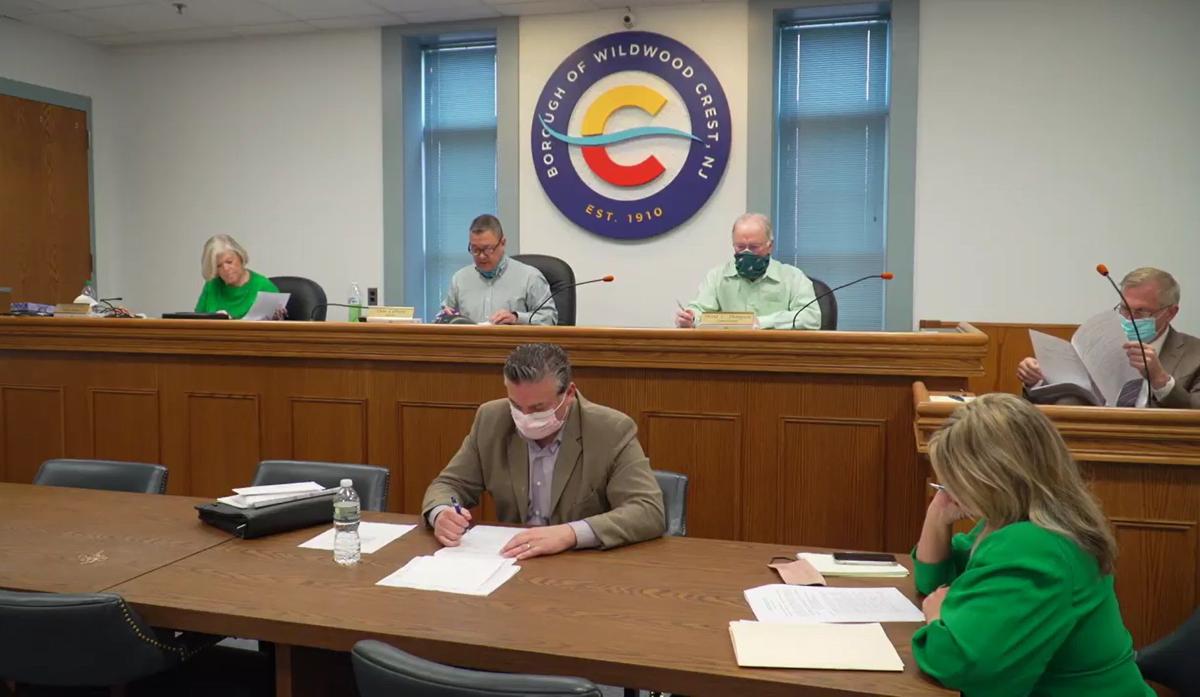 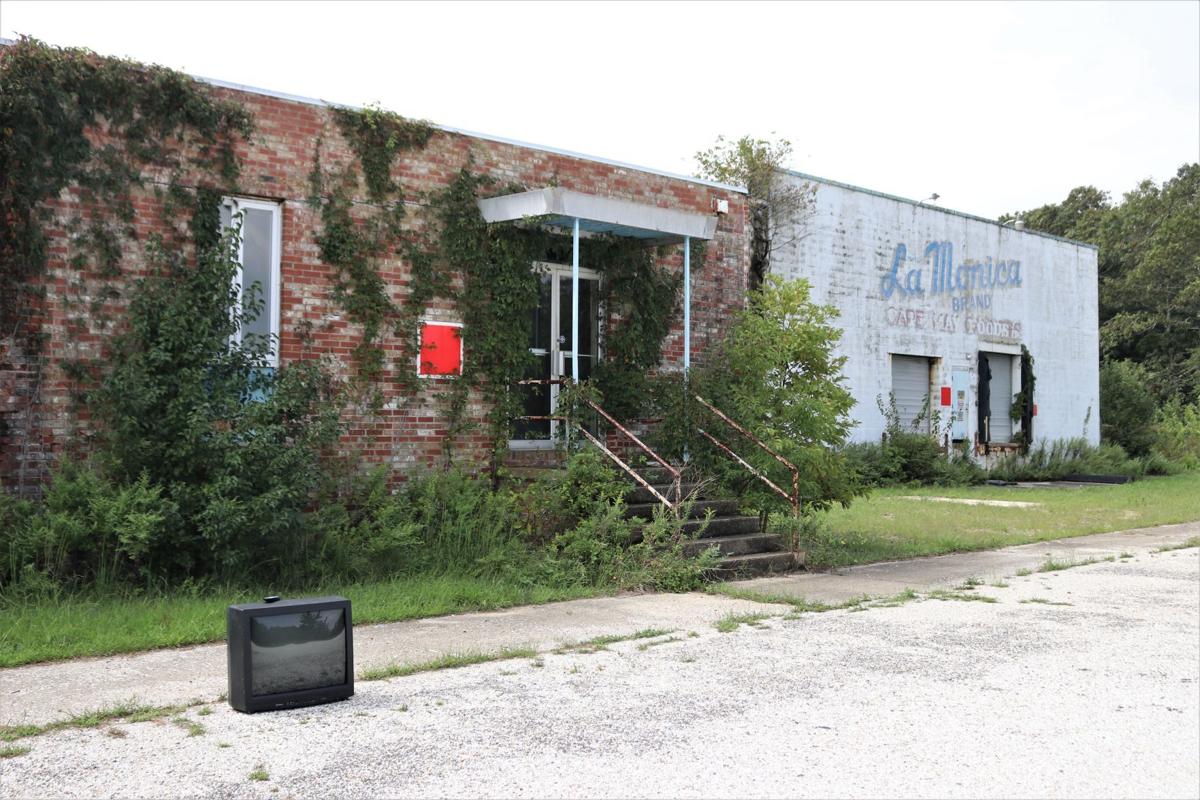 Middle Township officials have been in talks with a Massachusetts-based cannabis firm, Insa, about the possibility of growing and selling cannabis for the regulated medicinal market at the site of a long-vacant seafood processing plant on Indian Trail Road, and Mayor Tim Donohue has signaled a willingness to consider allowing a dispensary for adults within the township, comparing it to allowing a liquor store.

In a package of bills signed by Gov. Phil Murphy creating a taxed and legal cannabis marketplace was a provision allowing towns to decide to opt out, up to a point.

Residents could still possess and use marijuana at home, but towns could keep out dispensaries, growing facilities and other cannabis businesses, although they could not keep out home delivery of cannabis products.

And while voters throughout the state — and in Cape May County — supported marijuana legalization by a wide margin in a November referendum, some governing bodies in the county have introduced zoning ordinances that would ban cannabis businesses.

WILDWOOD CREST — As of April 1, residents and visitors will have a chance to own a borough s…

“This would in effect ban every type of cannabis ,” he said.

Borough commissioners did not vote on the ordinance at that meeting.

Upper Township and Ocean City have already introduced ordinances aimed at keeping out dispensaries. The evening before the Crest meeting, North Wildwood City Council unanimously voted to introduce its own ban on cannabis sales. A public hearing and final vote is planned for April 6.

“People are going to be able to get it, but I don’t think we need a cannabis business in our resort town,” said North Wildwood Mayor Patrick Rosenello.

Set between Wildwood Crest and North Wildwood, the city of Wildwood previously approved a local ban on marijuana dispensaries. But in a recent interview, Wildwood Mayor Pete Byron would not say unequivocally that a new ordinance would be introduced, at least not without careful consideration.

“We owe it to our taxpayers to investigate every opportunity,” he said.

Having marijuana dispensaries in a community allows towns to impose an additional 2% tax on sales. But Byron did not say he supported allowing them in town, only that the city should investigate the possibility.

In Wildwood Crest, Thompson indicated his dissatisfaction with the state’s move toward creating a legal marijuana market. After the meeting, Mayor Don Cabrera said he would support keeping pot shops out of town. He said he did not personally have anything against someone who decides to indulge, but said he did not think it would be a good fit with Wildwood Crest’s family-friendly image.

Middle Township officials have been in talks with a Massachusetts-based cannabis firm about the possibility of growing and selling cannabis for the regulated medicinal market at the site of a long-vacant seafood processing plant on Indian Trail Road, and Mayor Tim Donohue has signaled a willingness to consider allowing a dispensary for adults within the township, comparing it to allowing a liquor store.

Towns have 180 days from when Murphy signed the laws to decide to ban sales, according to Lori Buckelew, director of government affairs for the New Jersey State League of Municipalities. Towns would otherwise be required to wait five years before approving an ordinance to keep out cannabis businesses.

If no action is taken, cultivation, manufacturing, wholesale sales and distribution would automatically become a permitted use in all industrial zones in the community, and a conditional use in business zones.

The league took no position on legalization, but Buckelew said it did push for as much local control as possible. Towns can charge a local tax, at 2% for cultivation, manufacture and sales, and 1% for wholesale operations. Municipalities can customize the limits, for instance allowing the plant to be grown in an industrial zone but banning sales.

In Wildwood Crest, Gelzunas said the state will limit the number of licenses for dispensaries, though he was unsure what that number would be.

“So it’s not something you’re going to see, fortunately, located in small towns. Probably in larger metropolitan areas,” he said. “But then they’ll be delivering throughout the state, so I don’t think it will really matter much where they’re located. It will still be readily accessible to the general public.”

WILDWOOD — A business organization in the Wildwoods has come out against introducing beach tags.

Thompson, the borough’s commissioner of public safety, was critical of the state’s process for legalization and of new limits to how police can react to marijuana. The smell of marijuana can no longer be used as probable cause for a search, and there are limits to police interaction with young people, including a widely unpopular provision that prevents parents from being notified of a child’s first offense. State lawmakers are considering a new bill that would scrap that provision, which appears to have bipartisan support.

“The whole thing’s a mess, the way they did this. A lot of confusion. It’s really handcuffed the police department. The entire package is terrible,” he said.

Cape May was named the second top travel destination in the United States for the coming spring and summer, Airbnb said Wednesday.

WILDWOOD — In 2019, long before a majority of New Jersey voters said yes to legal cannabis, Wildwood said no, approving a preemptive ban on di…

Northfield discusses whether to prohibit marijuana in town

NORTHFIELD — City Council, like many other municipalities in the state, is discussing whether to prohibit the use and sale of marijuana after …

WILDWOOD — A city man was arrested Friday in connection with a carjacking the previous week that already had yielded three arrests, police sai…

Middle Township officials have been in talks with a Massachusetts-based cannabis firm, Insa, about the possibility of growing and selling cannabis for the regulated medicinal market at the site of a long-vacant seafood processing plant on Indian Trail Road, and Mayor Tim Donohue has signaled a willingness to consider allowing a dispensary for adults within the township, comparing it to allowing a liquor store.