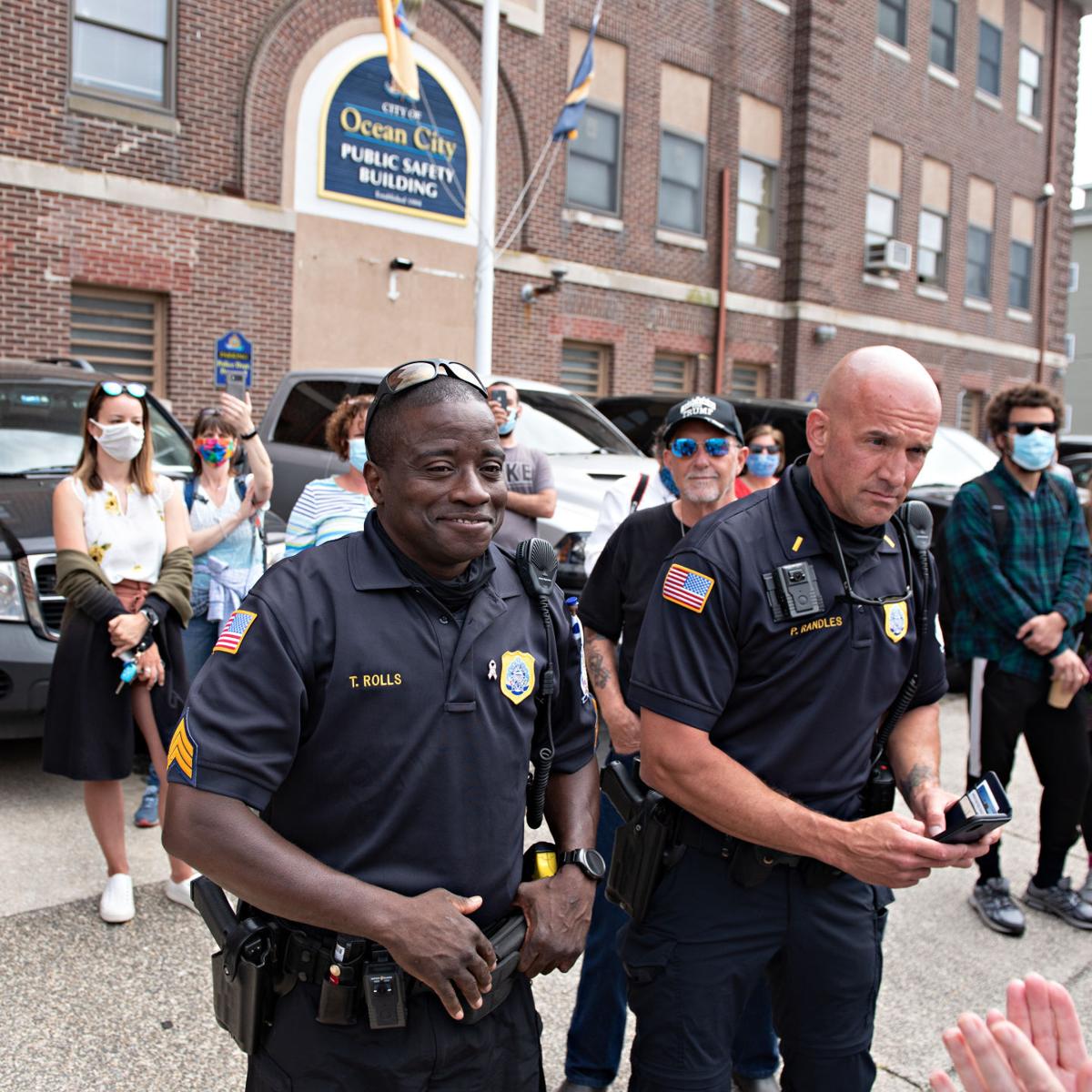 Ocean City police Sgt. Tyrone Rolls, left, 50, of Marmora in Upper Township, shown at a 2020 Black Lives Matter demonstration, was arrested Wednesday after turning himself into the Cape May County Prosecutor’s Office. 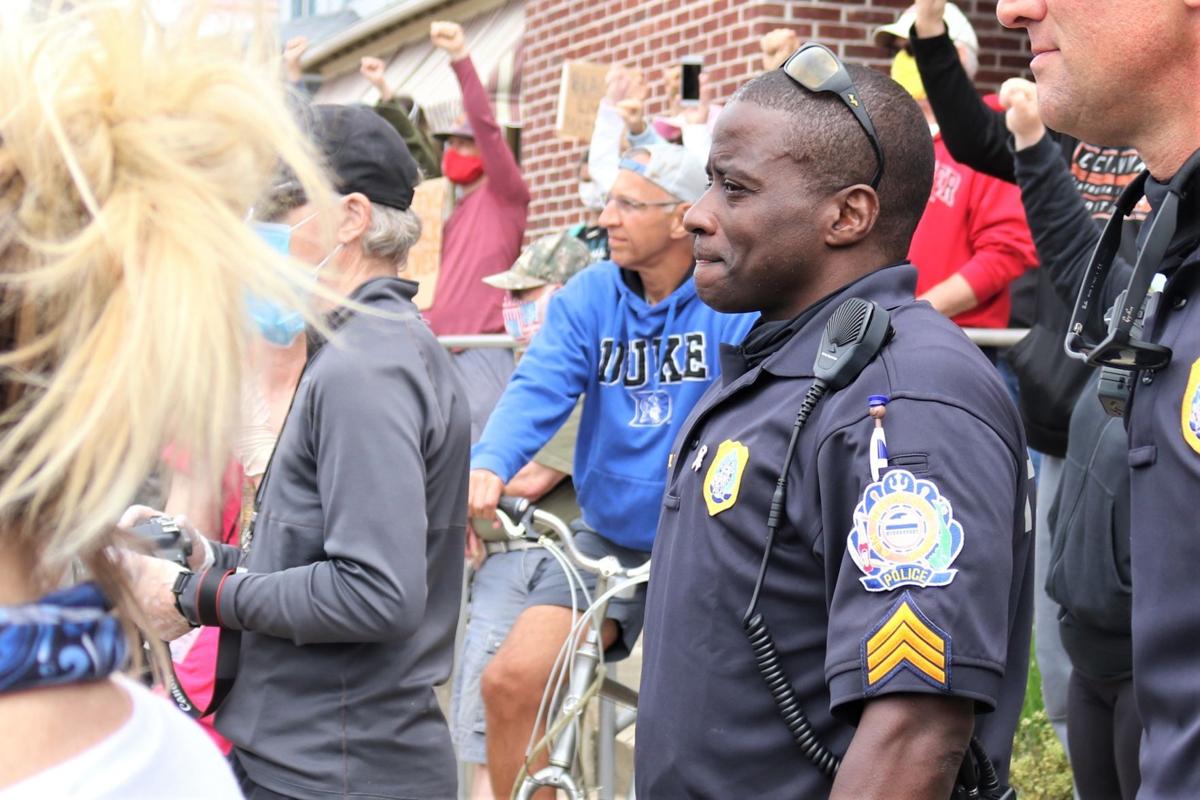 Ocean City police Sgt. Tyrone Rolls was among the speakers during a Black Lives Matter demonstration last summer in the city.

A veteran Ocean City police officer has been charged with aggravated sexual assault following an investigation into a reported sexual relationship with a juvenile, Cape May County Prosecutor Jeffrey H. Sutherland said Wednesday.

Sgt. Tyrone Rolls, 50, of Marmora in Upper Township, was arrested Wednesday after turning himself into the Prosecutor’s Office, Sutherland said in a news release.

“His employment status will be determined after the city receives the official charges,” Bergen said.

According to records obtained through an Open Public Records Act request, a complaint was made against Rolls in January when the victim, now 20, came forward after an alleged domestic incident during which, she said, Rolls hit her in the face, knocking her to the ground.

“She stated she stayed down on the ground out of fear he would hit her again,” the police report reads. “When he did strike her, he stated, ‘Now you know what it is like to be hit.’”

The victim told police the two began a sexual relationship when she was 15. According to the report, the victim states she and Rolls had their first sexual encounter inside Rolls’ police vehicle while he was on duty, before her first day of her sophomore year at Ocean City High School. She said the sexual relationship, which included intercourse, continued through her senior year of high school, including at his Marmora residence.

The Prosecutor’s Office said the investigation is ongoing.

Rolls was a respected member of the Ocean City Police Department and of the Ocean City community, serving as a youth mentor. He has been a police officer in New Jersey for 24 years and, according to state pension records, earns a salary of $129,364. In addition, he was the co-owner of a local youth sports training business called RA Development Academy, the website and social media pages for which are no longer active.

Last summer, Rolls made headlines after giving an impassioned speech during a Black Lives Matter protest in the city, calling for more education on the history and treatment of Black people in the United States.

Prior to that, Rolls had been recognized by several city organizations for his community work, including the Ocean City High School Alumni Association and the Knights of Columbus. He also has received the city’s Dr. Martin Luther King Jr. Recognition Award and the Lonnie Allgood “Dreams for Kids” Community Hero Award, was presented a key to the city from Mayor Jay Gillian and has been featured in a display at the Ocean City Historical Museum.

Rolls is in the Cape May County jail pending court. He faces up to 20 years in prison on the most severe charges.

Anyone with additional information related to this investigation can call the Prosecutor’s Office at 609-465-1135 or submit tips at cmcsheriff.net, or call Cape May County Crime Stoppers at 609-889-3597.

On one clothesline, stories of resilience and pain in the face of sexual assault

CAPE MAY COURT HOUSE — An Ocean City police sergeant was indicted Tuesday on a charge of aggravated sexual assault.

Ocean City police Sgt. Tyrone Rolls, left, 50, of Marmora in Upper Township, shown at a 2020 Black Lives Matter demonstration, was arrested Wednesday after turning himself into the Cape May County Prosecutor’s Office.

Ocean City police Sgt. Tyrone Rolls was among the speakers during a Black Lives Matter demonstration last summer in the city.