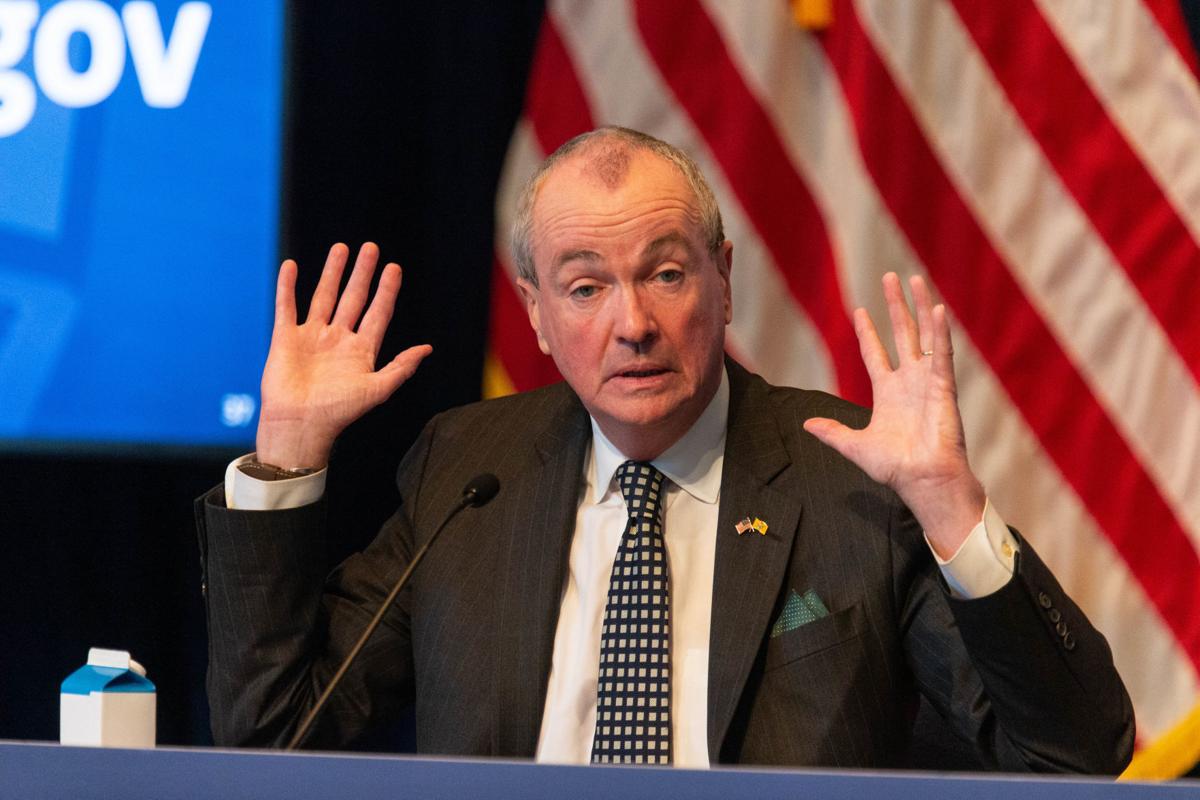 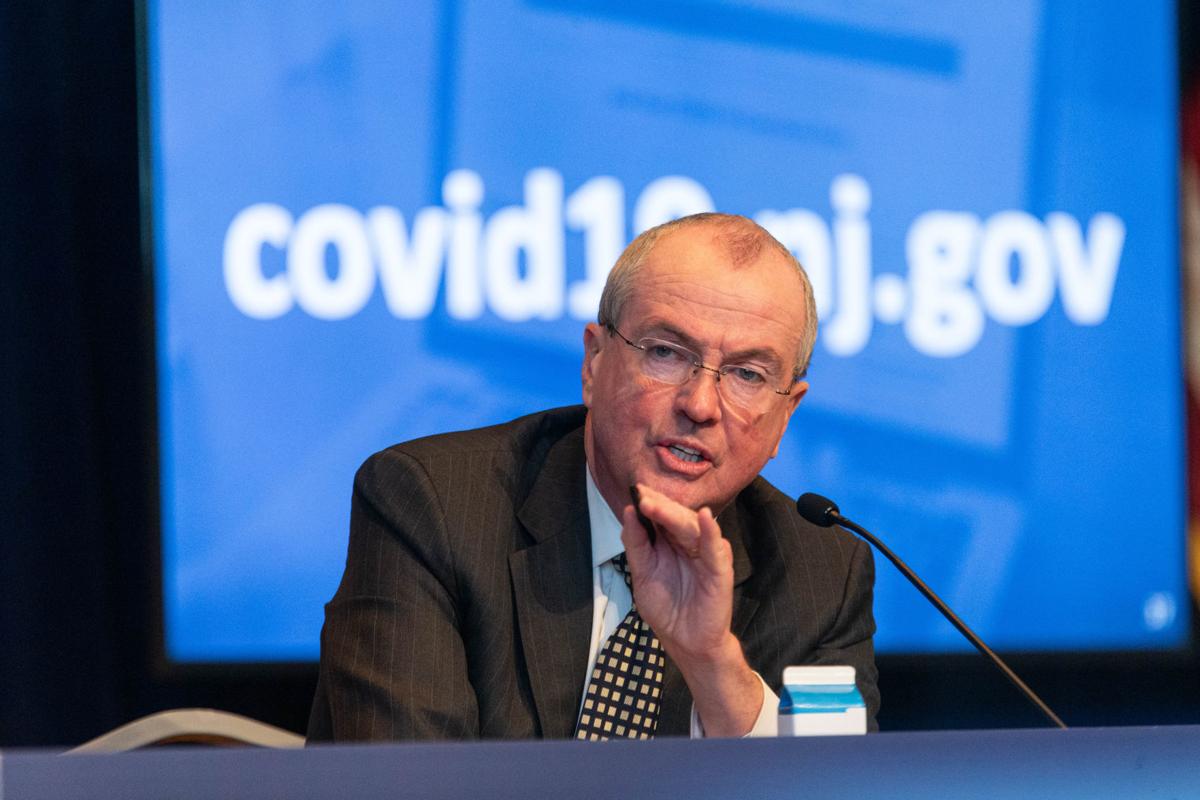 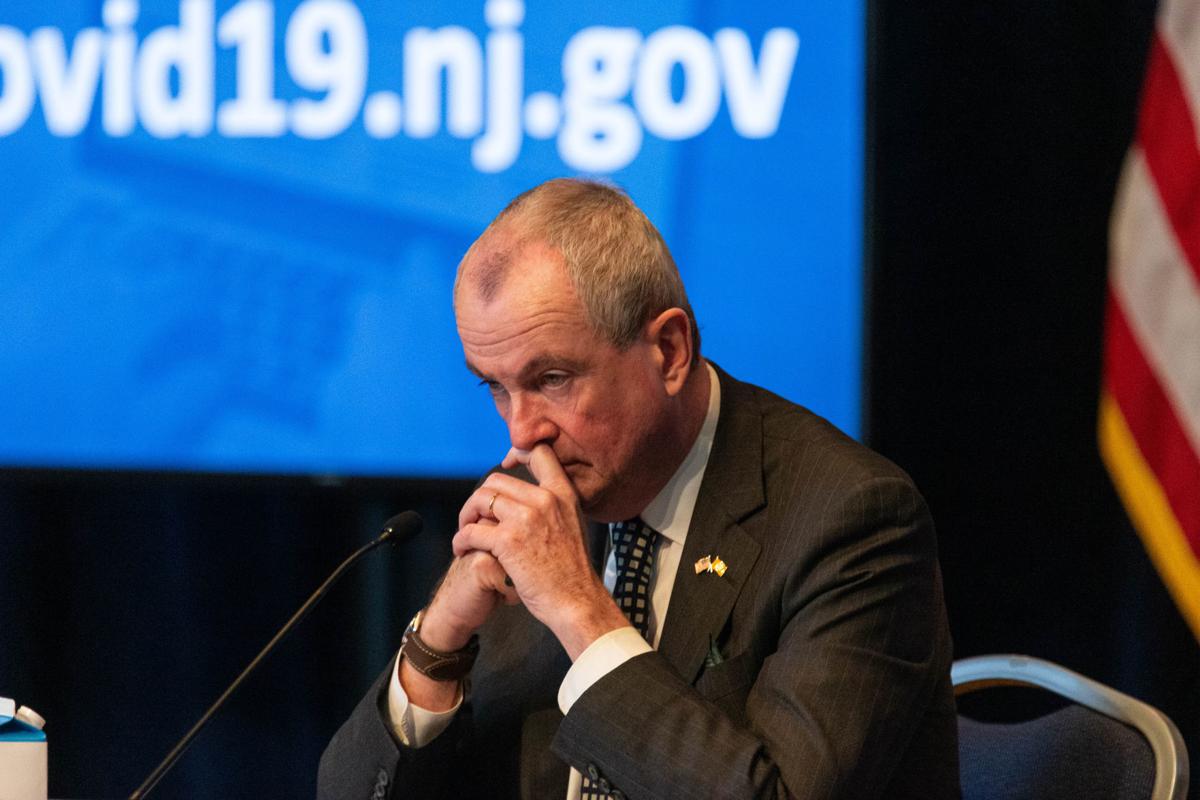 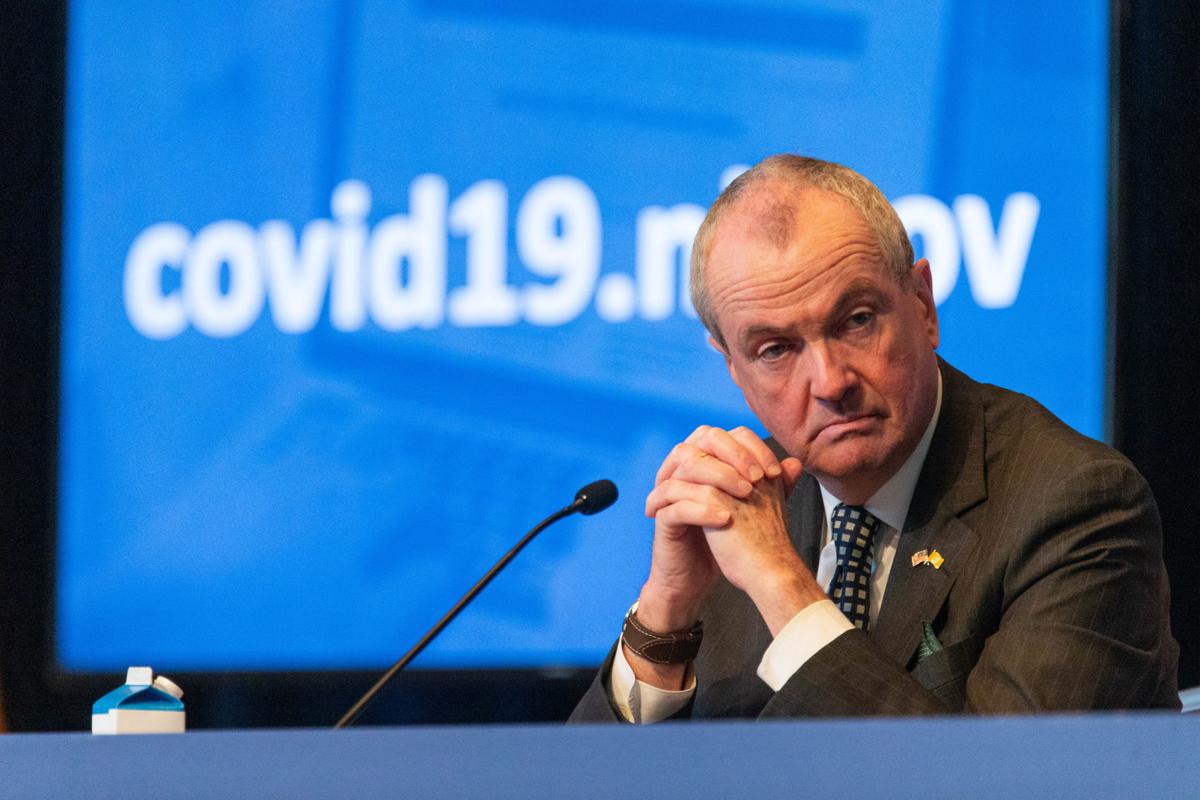 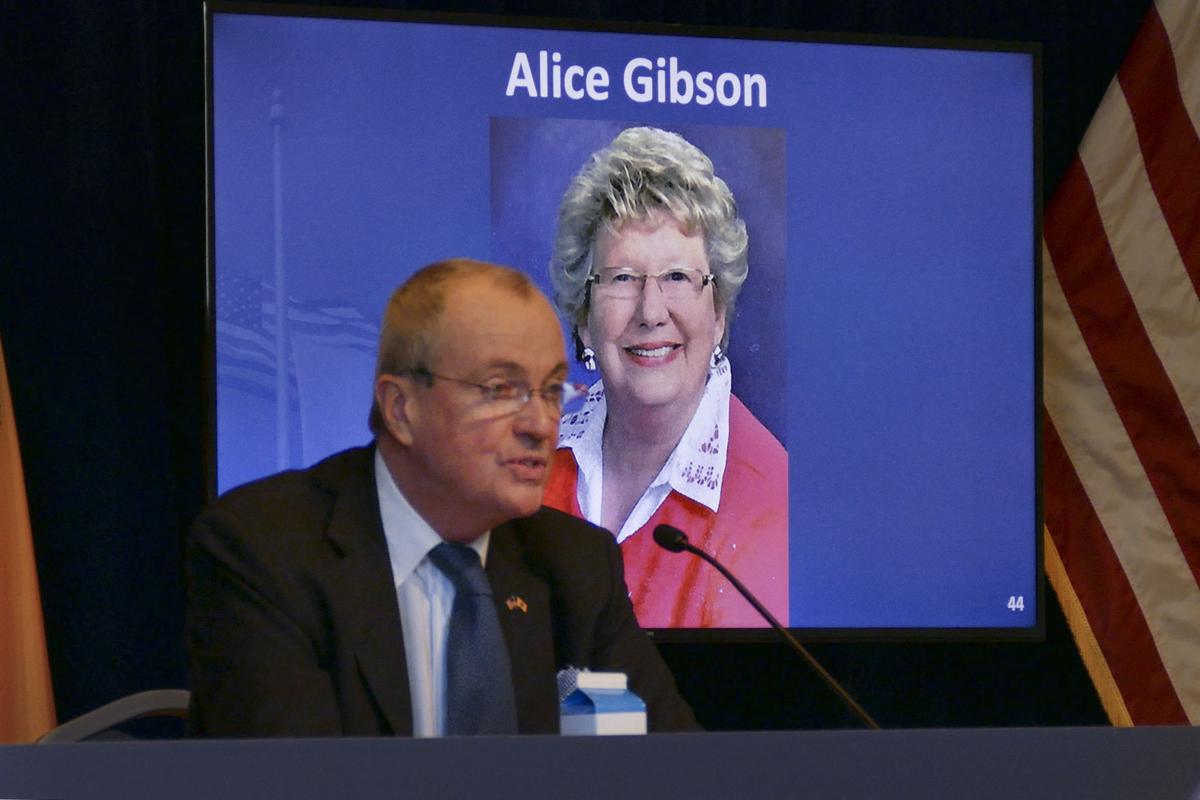 Monday, May 12, 2020 - At his daily press briefing in the George Washington Ballroom in the Trenton War Memorial, Governor Phil Murphy remembers three New Jerseyans who have died from COVID-19. On the screen behind him is Ruth Pringle, who with her husband, Matt, raised a family, but also fostered "troubled teen boys" according to her son, Dave, the governor said. (Pool photo by Michael Mancuso | NJ Advance Media for NJ.com)

The economic uncertainty caused by the response to the new coronavirus will require a massive infusion of federal dollars to stabilize New Jersey’s — and by extension Atlantic City’s — finances, the governor said.

“We need the federal government to come in with a very big number at the state level, and that will allow us to do everything we need to do with Atlantic City,” Gov. Phil Murphy said Wednesday during an exclusive interview with The Press of Atlantic City. “And, I promise you, (if) we get that money, we will be there morning, noon and night as an incredibly loyal, constructive partner for Atlantic City.”

Atlantic City’s municipal budget relies heavily on both casino property taxes — the amount is tied to the industry’s annual gaming revenue — and state aid. In 2019, the combination of state aid and the casino’s collective payment in lieu of taxes accounted for nearly 43% of revenue in Atlantic City’s $208 million operating budget.

The city remains under state control until 2021 as a result of the Municipal Stabilization and Recovery Act of 2016. With the city’s nine casinos being closed since mid-March and the state unable to provide financial aid, local officials have expressed concern about what those budget holes will do.

“To see the state acknowledge that they’re in a position where budgeted expenses on their end do not have matching revenues, both in real time because of the slowdown in fees and tax collection, but also based on projections with the impact of COVID-19, at some point that does ripple over to the different accounts that deal with transitional aid that is very important for our budget picture,” 6th Ward Councilman Jesse Kurtz said in April.

The monthly revenue report released Wednesday by the state Department of the Treasury showed that April’s revenue collections were down nearly 60%, or roughly $3.5 billion, compared to last year and year-to-date is down 8.1% because of the global pandemic.

Murphy said the amount of money the state needs from the federal government could be upward of $20 billion.

“We’re basically out of money as a state,” the governor said Wednesday. “This has had a devastating impact. Expenses are going up by the minute (while) revenues have fallen off a cliff. ... No state has the money to do what we need to do right now. It’s the federal government, and only the federal government.”

Senate President Steve Sweeney, D-Cumberland, Gloucester and Salem, and Assembly Majority Leader Lou Greenwald, D-Burlington and Camden, introduced two bills designed to help Atlantic City’s casinos survive the COVID-19 pandemic. The bills would give casinos temporary relief from a variety of taxes and fees, and offer state loans to cover their May and August payments in lieu of property taxes to Atlantic City.

Murphy said Wednesday he was not familiar with the introduced bills, but his “answer would be the same whether I read them or not.”

“I would love to help the casinos,” he said. “The will is there. The casinos in Atlantic City are a crown jewel of our state, huge economic driver. I want nothing more than to help them in their hour of need and to do everything I can to work with them to get them reopened, responsibly, at the right point.”

The governor said that when Atlantic City’s casinos do reopen, there would more than likely be capacity restrictions in place. He went on to say that while the physical footprint of most of Atlantic City’s casinos was large enough to adhere to some measure of social distancing, the windowless, indoor spaces were not ideal facilities to reopen at this time.

“I would love nothing more than to get the casinos back open,” he said, “but we’re not remotely there yet.”

LISTEN: What is next for Atlantic City following change of government vote?

Nicholas Huba and David Danzis discuss the Atlantic City change of government vote, the need for federal funding in Atlantic City, and casino …

Atlantic City casino relief bills clear one committee, held up in another

ATLANTIC CITY — Starting about 6 a.m. and working through the day, a small team of employees and volunteers from Mike B’s Café and Cedar Food …

ATLANTIC CITY — The first of two city testing sites for the new coronavirus opened Tuesday, and the second location is scheduled to welcome re…

ATLANTIC CITY — The federal government’s field hospital at the Convention Center is operational, and officials expected to take in the first p…

South Jersey's economic pain from coronavirus could reach over $5 billion

The new coronavirus’ impact on the South Jersey economy could be more than $5 billion, and the regional recovery may take even longer than the…

Monday, May 12, 2020 - At his daily press briefing in the George Washington Ballroom in the Trenton War Memorial, Governor Phil Murphy remembers three New Jerseyans who have died from COVID-19. On the screen behind him is Ruth Pringle, who with her husband, Matt, raised a family, but also fostered "troubled teen boys" according to her son, Dave, the governor said. (Pool photo by Michael Mancuso | NJ Advance Media for NJ.com)