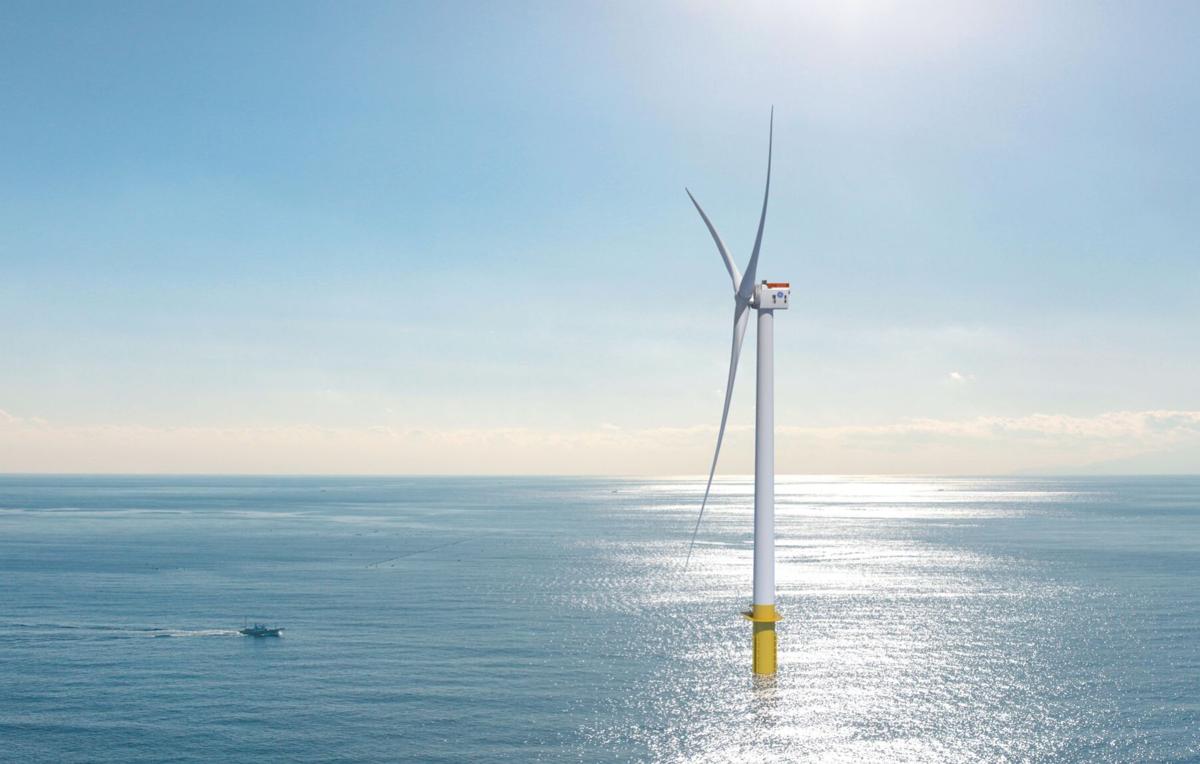 Rendering of the 12-megawatt turbine made by GE Renewable Energy to power the 1,100-megawatt Ocean Wind offshore wind farm to be built off Atlantic City. 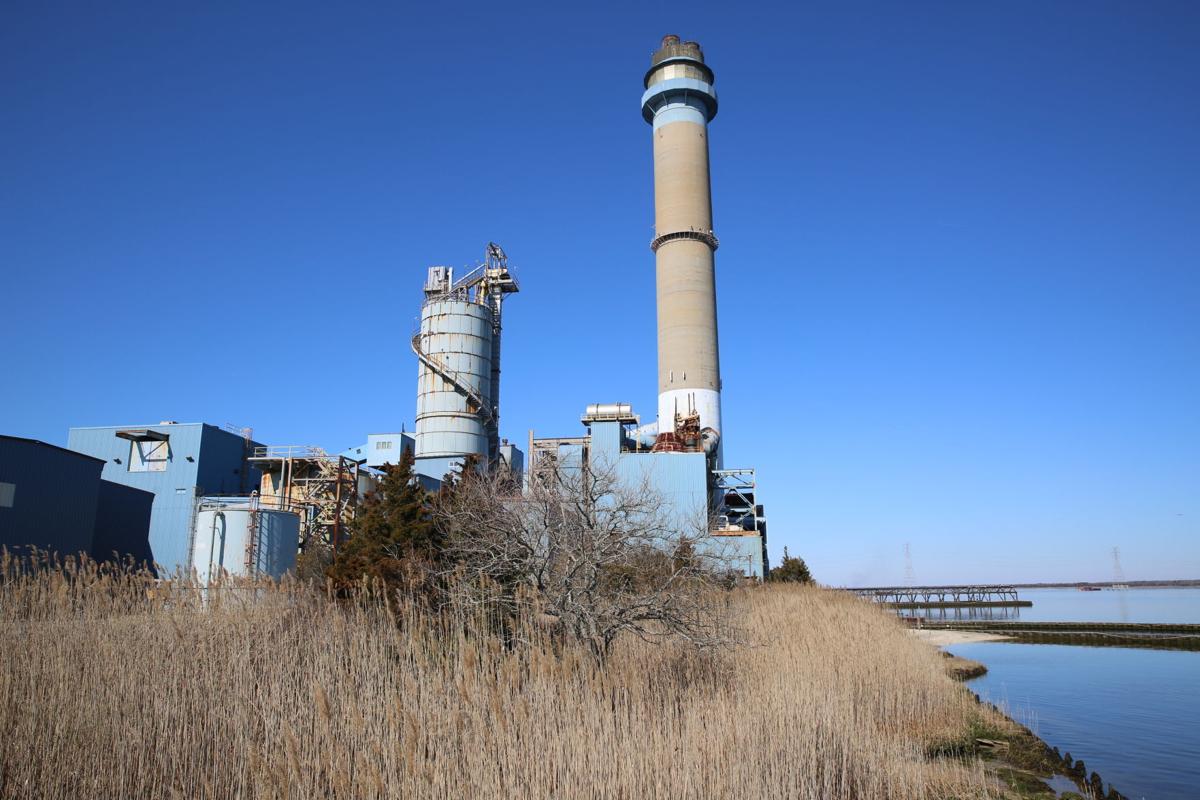 Alison Grillo For The Press

UPPER TOWNSHIP — Electricity generated by offshore wind turbines seems on the fast track to New Jersey consumers. And the Township Committee would have no problem with the transmission lines running along Roosevelt Boulevard.

The committee voted 4-0 on Oct. 26 to allow Danish-based Ørsted to lay underground cables along 250 feet of Roosevelt. The work, which the township engineer said would pose only “minor inconvenience,” might put Upper in line for money through the state Energy Tax Receipts program.

It all depends, however, on whether Upper is one of the two places Ørsted eventually chooses to receive power from its big project, called Ocean Wind. In the running for the spots are Upper, Atlantic City and an Ocean County town long-prominent on the power grid: Lacey Township, which between 1969 and 2019 hosted the Oyster Creek Nuclear Generating Station.

Upper Township Engineer Paul Dietrich said Lacey is already on board. Although Ørsted has not announced its final decision, in 2019 the company purchased interconnection rights from the Oyster Creek plant’s owner, Exelon Corp.

Over the years, big utility projects in New Jersey have meant big bucks for municipalities whose borders contain major power facilities. That includes the township, which had hosted the B.L. England coal plant, a now-closed facility in Beesleys Point for which the state paid the township nearly $6.2 million a year. Barbara Ludy, the township’s chief financial officer, said the township has received that sum annually since 2010, and expects to receive it in 2020. State law entitles a town to keep receiving the same allocation, even though a utility facility may be closed (as in the case of B.L. England and Lacey’s decommissioned nuclear plant).

Ørsted Offshore North America, the Danish company that won the right to build an offshore wi…

Township officials would not confirm whether Upper’s status as a connection point, if so designated by Ørsted, would necessarily mean more state money.

“The state may want to keep the money for themselves,” said Dietrich. “They don’t want to give out any more money than they have to.”

Upper Township’s chief advantage would appear to be that, on a map, it is closest to the wind farm.

“Would we prefer to plug in just west of our wind farm? Sure,” said Ørsted stakeholder engagement manager Kris Ohleth, speaking last month at an Ocean Wind virtual open house. “But we also recognize that there is a path offshore for us to get up to Oyster Creek and identify that as a really strong connection opportunity.”

Ørsted has promised state and federal regulators it will produce 1,100 megawatts of power from up to 99 turbines more than 800 feet tall, made by General Electric and located 15 miles from Atlantic City. Spaced to allow for the passage of fishing vessels, the turbines will be in an area leased to Ørsted by the federal Bureau of Ocean Energy Management.

“We have the opportunity to power over a half-million homes,” said Ohleth. Ocean Wind has received preliminary approval from BOEM and the state Department of Environmental Protection and Board of Public Utilities. The farm is expected to begin operating in 2024.

“It’s the first utility-sized offshore wind farm in the country,” said Doug O’Malley, New Jersey state director for Environment America, an advocacy group. Offshore wind is “on the fast track” in the Garden State due to Gov. Phil Murphy’s executive order in 2019, said O’Malley. The order set 7,500 megawatts as the state’s new goal for the production of offshore power.

An even bigger project, said O’Malley, is planned for an area of federal waters to the north, 8 miles or so from Long Beach Island. (By contrast, Ørsted is in the permitting process for a smaller wind farm 35 miles from Montauk on Long Island, New York.) Two companies expected to bid on the next Jersey Shore wind farm, said O’Malley, are EDF Renewables, a Paris-based company, and energy giant Shell.

“I don’t have a crystal ball in my hand,” Palombo said.

At Ørsted’s virtual open house, members of the public expressed concerns about something other than money and electrical power: beach views.

“It is unacceptable to destroy our visually beautiful ocean,” said an Ocean City resident. “It all comes down to dollars. How much would it cost to move it out 35 miles?”

Ørsted officials offered lengthy, carefully worded responses on a variety of topics. Nonetheless, they served up no particular hope for changing wind farm specifications, including distance from shore.

“The original project boundary was closer to shore. It was approximately 8 miles offshore, and based on the initial comments in regards to minimizing the visual impacts from the communities, Ocean Wind did select to move that project boundary to 15 miles to help minimize that impact,” said staff member Sarah Zappala. Another factor, according to company officials, was the path of migratory birds, who may not have enjoyed flying over huge, noisy windmills.

“We can’t push the lease area offshore any further than it already is,” Zappala said as the open house broke up.

Gov. Murphy on Joe Biden's win, Amy Kennedy's loss and why he won't leave for D.C.

In Pennsylvania, it took days for elections workers to count enough ballots to call the state for Joe Biden. But across the river in New Jerse…

If there’s one thing New Jersey Republicans and Democrats agree on, it’s the importance of protecting the environment, according to research c…

The COVID-19 pandemic has put a dent in the market for farmed oysters, which many people eat only at restaurants.

Atlantic Shores Offshore Wind and Ørsted said Thursday they have applied to the state in the second round of competition to supply up to 2,400…

“This is really going to put Salem on the map for green energy,” said Jennifer Jones.

Rendering of the 12-megawatt turbine made by GE Renewable Energy to power the 1,100-megawatt Ocean Wind offshore wind farm to be built off Atlantic City.