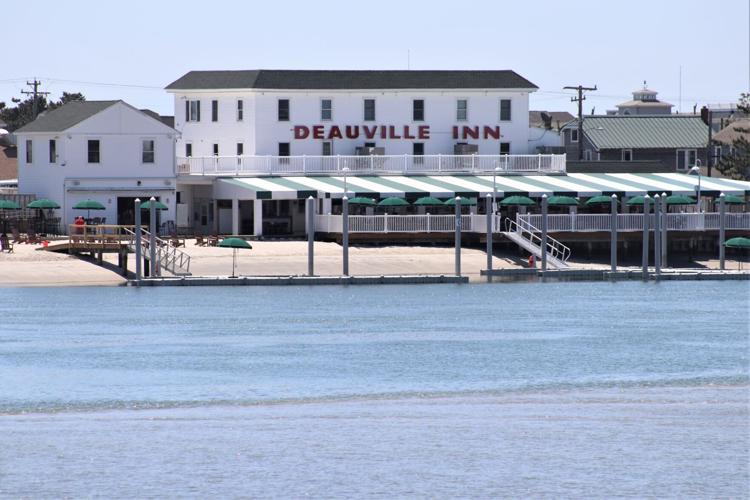 Strathmere landmark the Deauville Inn underwent extensive renovations after new owners purchased it in 2019. Last week, neighbors asked the Upper Township Committee not to renew the liquor license for the property, or at least impose restrictions. An attorney representing the business said the owners want to be good neighbors. 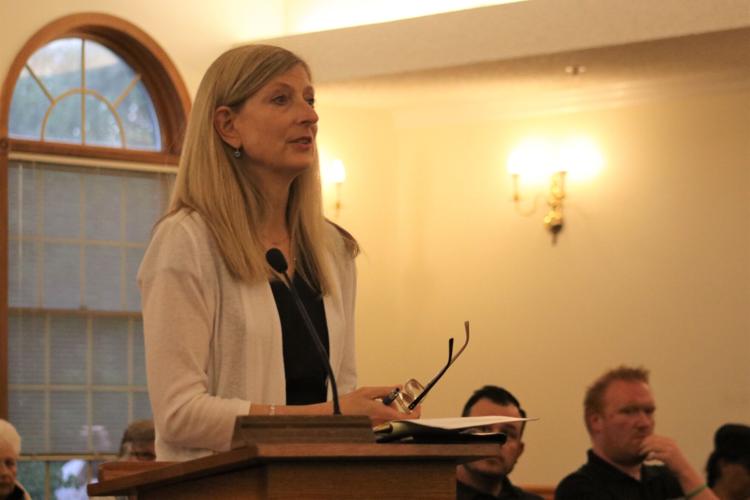 Attorney Dorothy McCrosson, representing the Deauville, told the Township Committee the business wants to be a good neighbor and addresses concerns as they arise. She said the owners have already agreed to limit live music and take other steps.

UPPER TOWNSHIP — The Township Committee renewed the liquor license for the Deauville Inn on Monday in a unanimous vote, but not before hearing from neighbors who complained about noise and other concerns at the popular bar and restaurant.

Neighbor Dodie Reagan Correntini spoke at length about the property, alleging multiple violations of New Jersey laws covering how alcohol is served. She alleged customers were allowed to bring their drinks to street ends and onto the public areas of the beach, and were even served outside the Deauville’s license area.

Correntini raised a litany of complaints, including about where packaged goods were sold inside the building and violations during the restrictions imposed in 2020 in response to COVID-19.

But attorney Dorothy McCrosson, representing the Deauville, said the owners have addressed concerns as they arose. Where there were violations, she said, such as serving too early under township rules, they have been quick to address them.

As McCrosson pointed out, the Deauville has been in operation long before any of the neighbors lived there. The building dates to the late 1800s, when it was built as a hotel. Alcohol may have continued to flow during Prohibition, as is implied by the businesses’ website, and the bayside spot has been a destination in the decades since.

After 46 years, Yesterday’s in Upper Township is changing hands

UPPER TOWNSHIP — With Olympic curling on TV, classic rock on the speakers and a good size cr…

In 2019, at the end of the tourist season, Tim Fox and Robyn Kjar bought the business for a reported $3.5 million, and began an extensive renovation project that winter.

The summer of 2020 was a tough time for restaurants, with strict limits imposed in connection to the pandemic, but the extensive outdoor areas of the Deauville allowed it to thrive. On summer weekends, cars lined the streets leading to the nearby toll bridge over Corsons Inlet and spilled into the nearby neighborhoods.

McCrosson said it is no surprise that the improvements would draw more people.

She said the business means more than 100 jobs and brings visitors to the area, and added the business has preserved a century-old property.

Last year, the Deauville applied for site plan approval from the Upper Township Planning Board to install restrooms to replace the portable toilets that formerly served the beach bar area. After an extensive hearing, McCrosson said, the board determined the improvements did not need a site plan approval after all, but still asked for a new site plan to be submitted to outline the changes put in place since the beach bar was first approved in 2006.

After getting slammed by neighbors, the Deauville promises changes

She described it as a “marathon” series of meetings, including residents complaining about the operation of the Deauville, along with others complimenting the owners as being responsive to neighbors.

According to McCrosson, in November the board imposed a number of conditions on the operations of the Deauville, covering parking, times and volumes for music and other restrictions. She said the owners volunteered to comply with the conditions.

“The applicant is trying to be a good neighbor,” McCrosson said.

The owners agreed to put signs on the docks telling boat owners to turn their music down, and have agreed to allow live music only six times over the summer, including during the upcoming July 4 weekend.

She said the township ordinance would allow music every night. Other steps include a regulator that allows management to set the volume of bands performing outdoors on the beach, not the musicians.

As to some of the other complaints, including where packaged goods are sold in the restaurant, McCrosson said representatives of the state Division of Alcoholic Beverage Control have visited the site multiple times and have not raised any concerns about those sales.

Deauville Inn renovates and reinvents while retaining its old-school charm

To say the Deauville Inn is part of South Jersey’s history is an understatement. Debuting in…

Other neighbors were represented by attorney Ray Went, who told the committee, “I’m here to remind you that this is not going away. The Deauville is not complying.”

Township Committee member Jay Newman said most of the specific complaints from neighbors were from 2020 or 2021.

“We all want them to be open and prosper,” Newman said.

The final decision was to add a condition to the licenses calling for increased security and to require all of the conditions from the Planning Board be met. McCrosson said the owners were obligated to meet those conditions in any case. Security will be instructed to keep people from carrying open containers of alcohol outside the licensed area.

The board renewed other licenses to sell alcohol Monday, without discussion.

UPPER TOWNSHIP — A popular upgrade to summer homes in local campgrounds will no longer be allowed under an ordinance approved Monday.

SOMERS POINT — The waters were rough at times, but boat racing made a triumphant splash in South Jersey over the Fourth of July weekend.

Strathmere landmark the Deauville Inn underwent extensive renovations after new owners purchased it in 2019. Last week, neighbors asked the Upper Township Committee not to renew the liquor license for the property, or at least impose restrictions. An attorney representing the business said the owners want to be good neighbors.

Attorney Dorothy McCrosson, representing the Deauville, told the Township Committee the business wants to be a good neighbor and addresses concerns as they arise. She said the owners have already agreed to limit live music and take other steps.