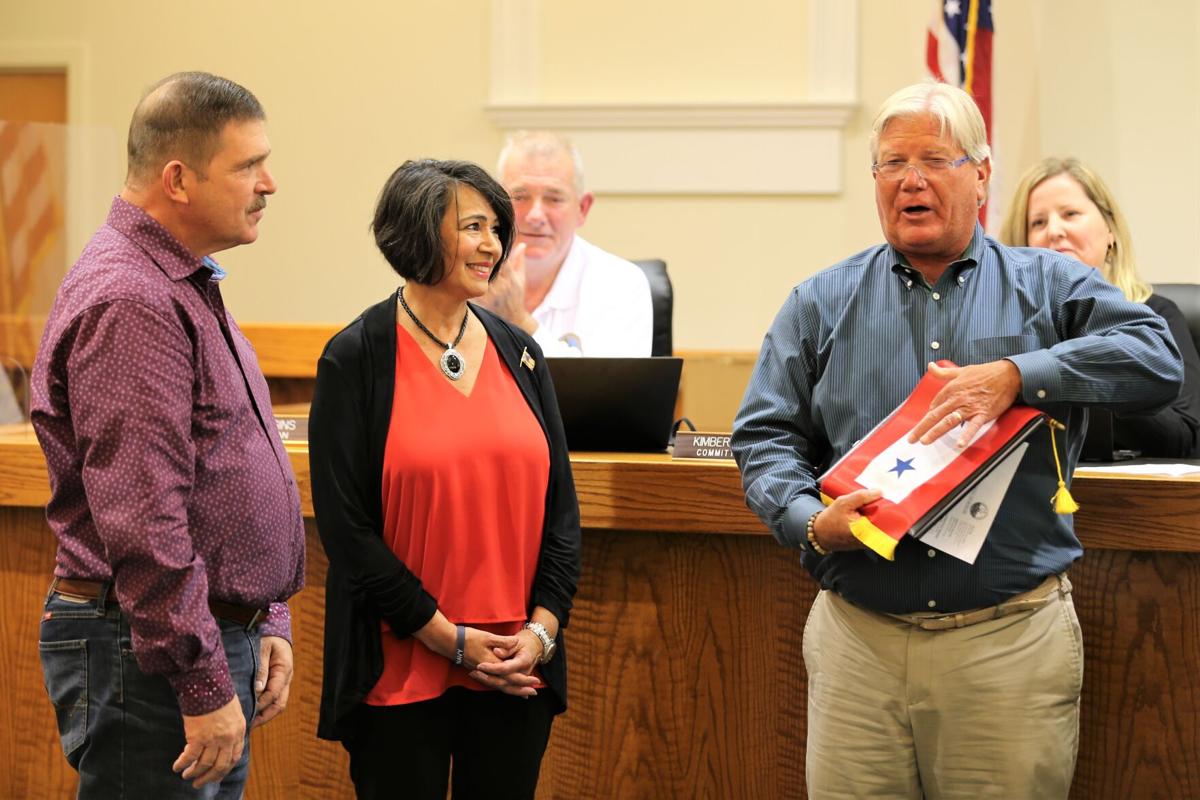 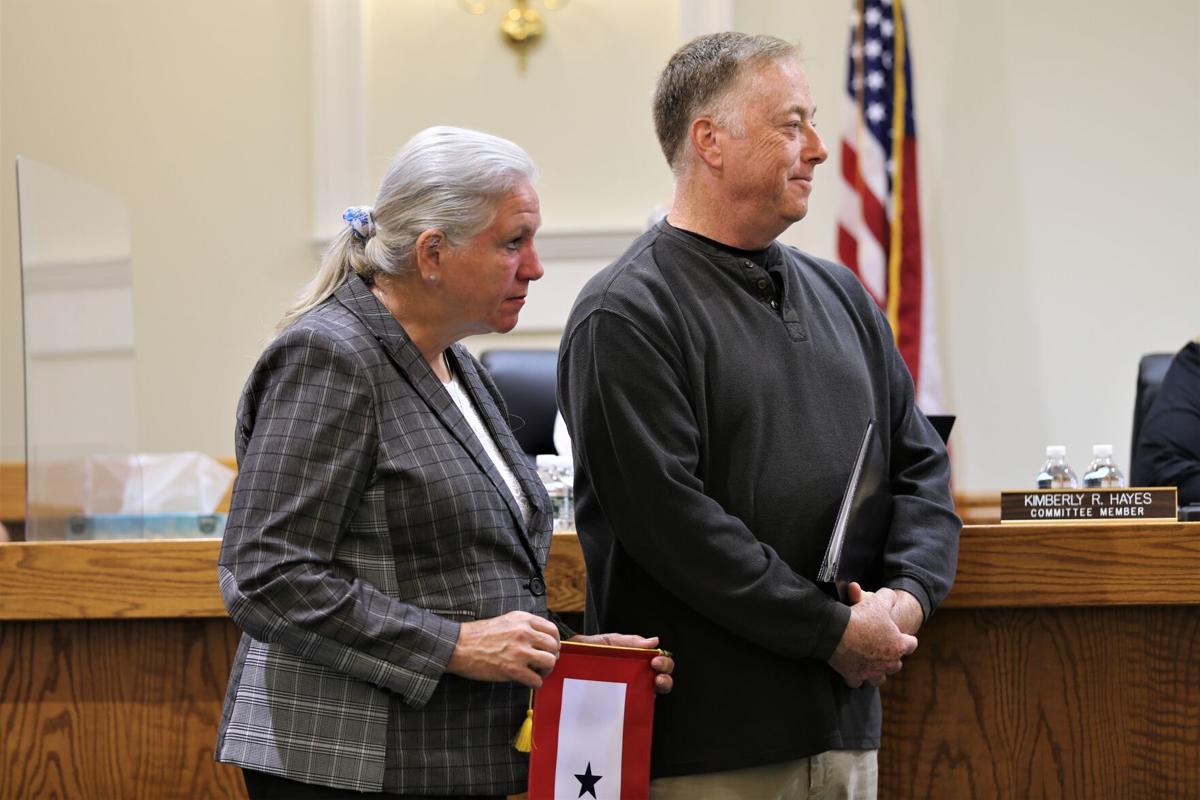 Joseph and Theresa Cotton accept a Blue Star banner at the start of Monday’s Upper Township Committee meeting to display at home in honor of their son, Capt. Joseph D. Cotton.

UPPER TOWNSHIP — Two families will display their pride in their sons’ military service, accepting Blue Star banners at the Monday meeting of the Township Committee.

American Legion Aaron Wittkamp Coldwell Post 239 of Tuckahoe provided the banners, a tradition for generations to display that a family member is serving in the U.S. military. Mayor Rich Palombo presented the banners, along with lapel pins for the family members to wear.

Steven and Maryanne Callahan have two sons in the service, Cpl. Steven M. Callahan and Seaman Recruit Christopher B. Callahan. Their banner has two blue stars. Palombo said at the meeting that some families display banners with four or more stars.

OCEAN CITY — City resident Brian Day was among the last American airmen at Bagram Air Base, …

As Bill Eisele of the American Legion explained during the meeting, the banner originated during World War I, designed by a man whose sons were serving on the front line. The banners were quickly adopted, and in World War II could be seen in front windows and doors throughout the country.

The banners were not as popular during the Korean or Vietnam wars, Eisele said, but saw a resurgence after the Sept. 11, 2001, terrorist attacks and the wars in Iraq and Afghanistan.

“It seems to have fallen by the wayside,” Eisele said, but now they are again being displayed with pride.

Committeewoman Kim Hayes said she and her husband dropped their son off in Cape May for basic training for the Coast Guard. She said she has new insight into the feelings of families with children on active duty or deployed overseas.

“I’m only about two hours into this, but I’m already starting to understand just how tough it is,” she said.

Township Clerk Barbara Young said she has applications for the banners at her office in Township Hall, 2100 Tuckahoe Road in the Petersburg section of Upper Township, or at uppertownship.com. She said those interested in requesting a flag also may call her office at 609-628-2011, ext. 280.

Biden says there won't be a gov't shutdown Friday

Biden says there won't be a gov't shutdown Friday

UPPER TOWNSHIP — Shoppers were cleared from the ShopRite in Marmora on Tuesday afternoon after alarms warned of elevated levels of carbon monoxide.

CAPE MAY — Years after undergoing the grueling basic training for Coast Guard service, Timothy Tamargo remembers the feeling of having a home …

U.S. National Security Advisor Jake Sullivan says the Biden administration is looking at the full range of economic tools at its disposal to r…

Joseph and Theresa Cotton accept a Blue Star banner at the start of Monday’s Upper Township Committee meeting to display at home in honor of their son, Capt. Joseph D. Cotton.