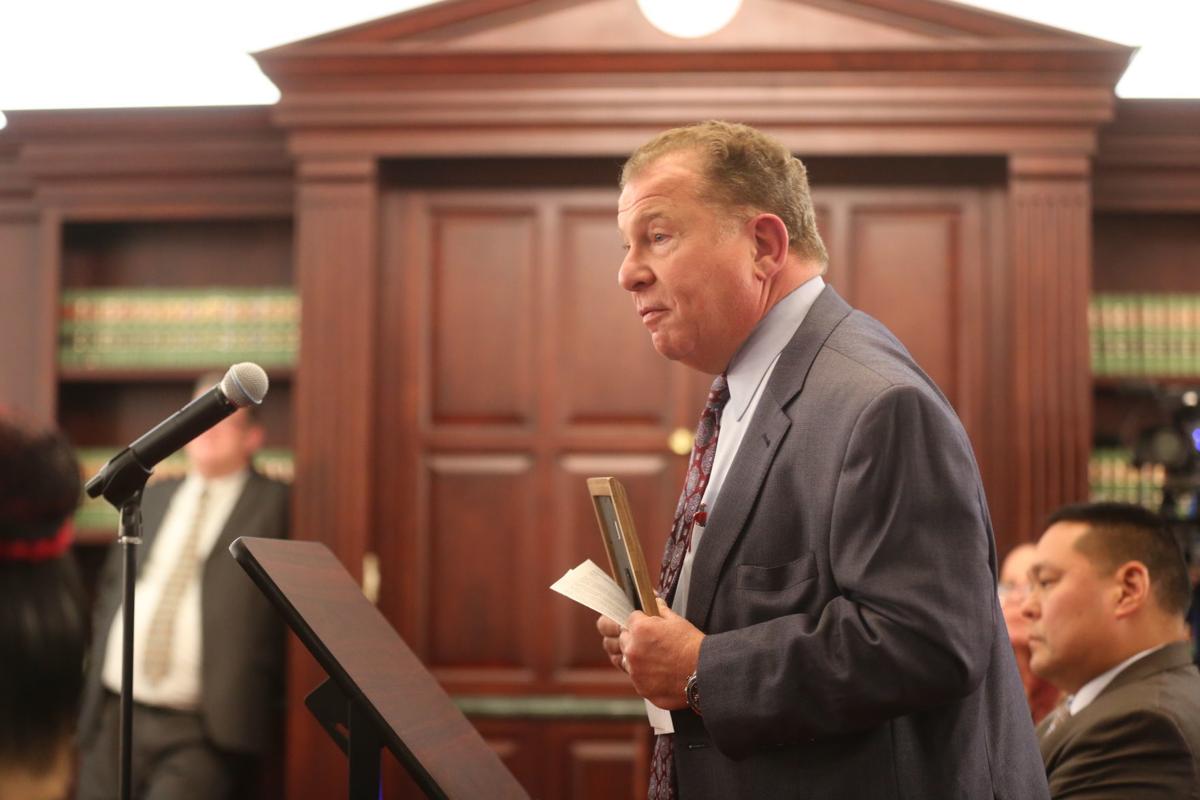 ‘We’re here to ask the Freeholder Board to actually investigate what is going on,’ corrections officers union attorney Stuart Alterman said, adding more than 40 officers have left the jail since Warden Richard Smith took over. ‘Something’s amiss.’ 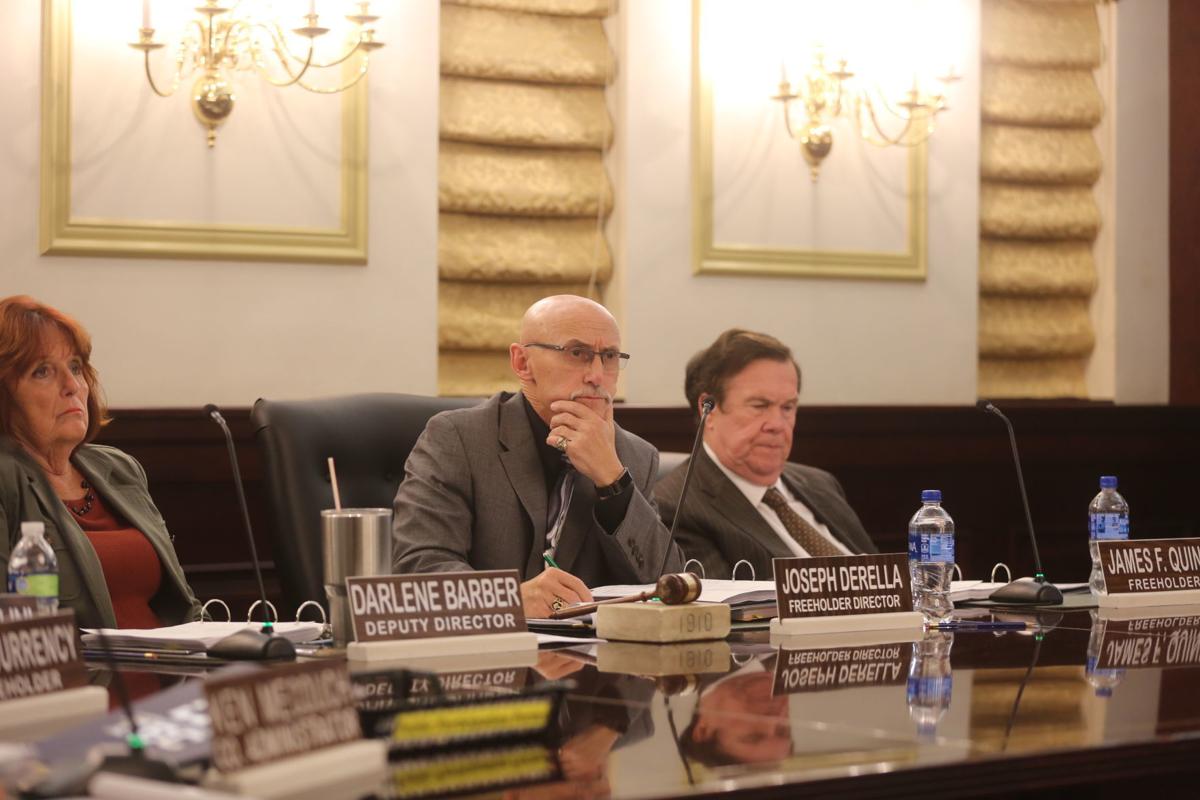 Freeholder Director Joseph Derella and other members of the board listen to union leaders speak about the issues at the Cumberland County jail at the county freeholder meeting Tuesday. 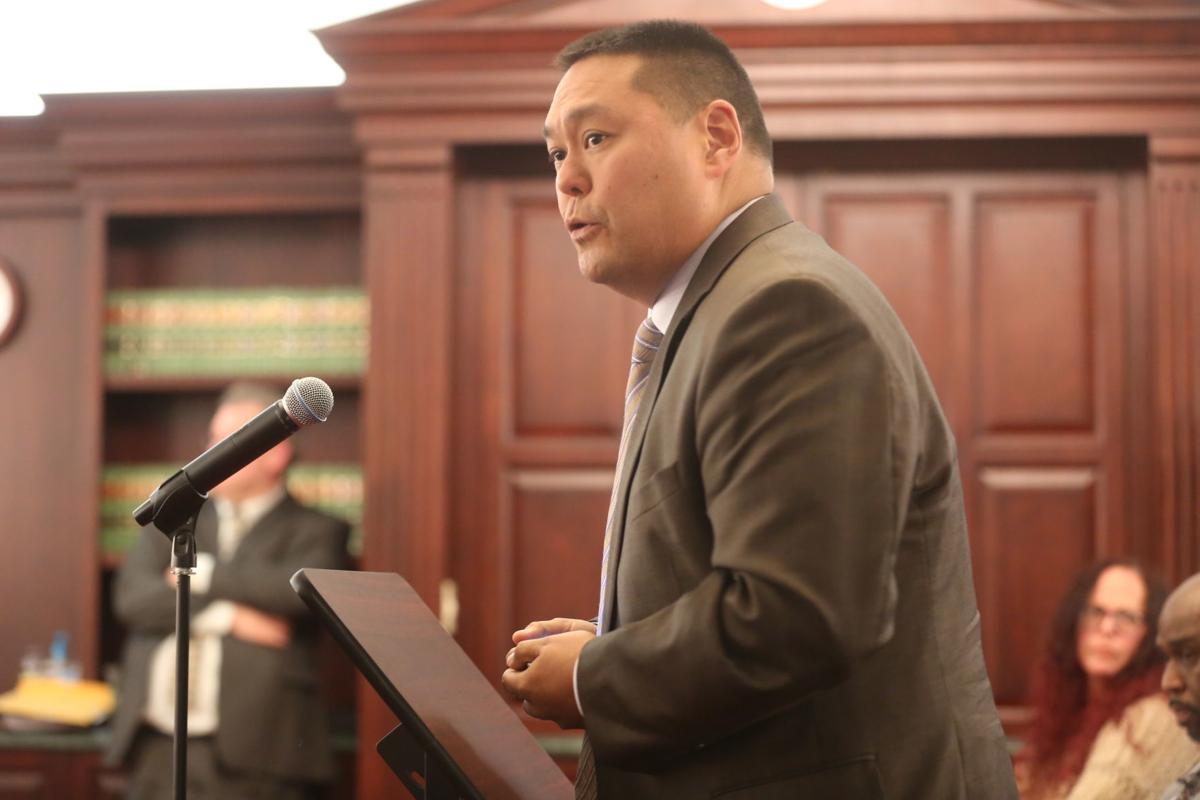 BRIDGETON — The attorney for the Cumberland County jail corrections officers union called for an independent investigation into the facility’s warden Tuesday night at the county freeholder meeting.

“We’re here to ask the Freeholder Board to actually investigate what is going on,” said Stuart Alterman, adding more than 40 officers have left the jail since Warden Richard Smith took over. “To ask questions. To hire an independent investigator and independent counsel to find out what’s going on in that jail. Something’s amiss.”

“They can call for whatever investigation they want,” Smith said Wednesday. “I invite them.”

BRIDGETON — The U.S. Department of Justice is investigating the Cumberland County jail’s tre…

In response to the allegations, Freeholder Director Joseph Derella said, ”We do take serious any of the allegations or thoughts or the concerns that you are bringing.”

Smith, who was not at the meeting, said Wednesday no one is violating anything at the jail, but instead they have “recognized our areas of weakness and we have worked, tirelessly to make sure that we establish a well-run county jail.”

Last week, the Department of Justice was in the jail investigating the facility’s treatment of inmates’ mental health; there have been six suicides in the past four years.

A spokesman for the DOJ would neither confirm nor deny the investigation.

Alterman also represents Victor Bermudez, president of PBA Local 231, who has been suspended without pay pending termination from the jail since May. Alterman called for a public hearing on Bermudez’s termination, calling the actions against him “unconscionable.”

Union members from around the state crowded into the county administration building, spilling out into the hallway and watching the meeting from the doorway.

“Members of PBA local 231 have tried to address some training issues and some labor issues with the administration and, quite frankly, some of those members have just been targeted in retaliation with disciplinary actions and termination,” Andreyev said.

In South Jersey, two counties are deciding to build new jails while another is choosing to m…

Asked outside the meeting whether he was calling for an investigation into Smith or his immediate removal, Alterman said, “Both.” He added he was representing both the interests of the union and Bermudez when he spoke before the board.

“I say without hesitation or fear of equivocation that there has been no warden who has done as much training in 20 months as I have,” Smith said, repeating that he welcomes an investigation. “The vast majority of the people that are working here are buying into what we’re trying to do.”

BRIDGETON — A Gloucester County man has been indicted by a grand jury in the 2011 murder of a Vineland woman, Cumberland County Prosecutor Jen…

BRIDGETON — Construction on the new Cumberland County jail is expected to begin next year, officials said during a presentation at the county …

BRIDGETON — An inmate who attempted to kill himself over the weekend in Cumberland County jail died Tuesday night, county officials said Wednesday.

BRIDGETON — After nearly 30 people were exposed to a mixture of heroin and fentanyl at an Ohio prison Wednesday, the president of the Cumberla…

BRIDGETON — Visitors and staff members who walk into the Cumberland County jail have to empty their pockets, put their belongings in a black p…

‘We’re here to ask the Freeholder Board to actually investigate what is going on,’ corrections officers union attorney Stuart Alterman said, adding more than 40 officers have left the jail since Warden Richard Smith took over. ‘Something’s amiss.’

Freeholder Director Joseph Derella and other members of the board listen to union leaders speak about the issues at the Cumberland County jail at the county freeholder meeting Tuesday.