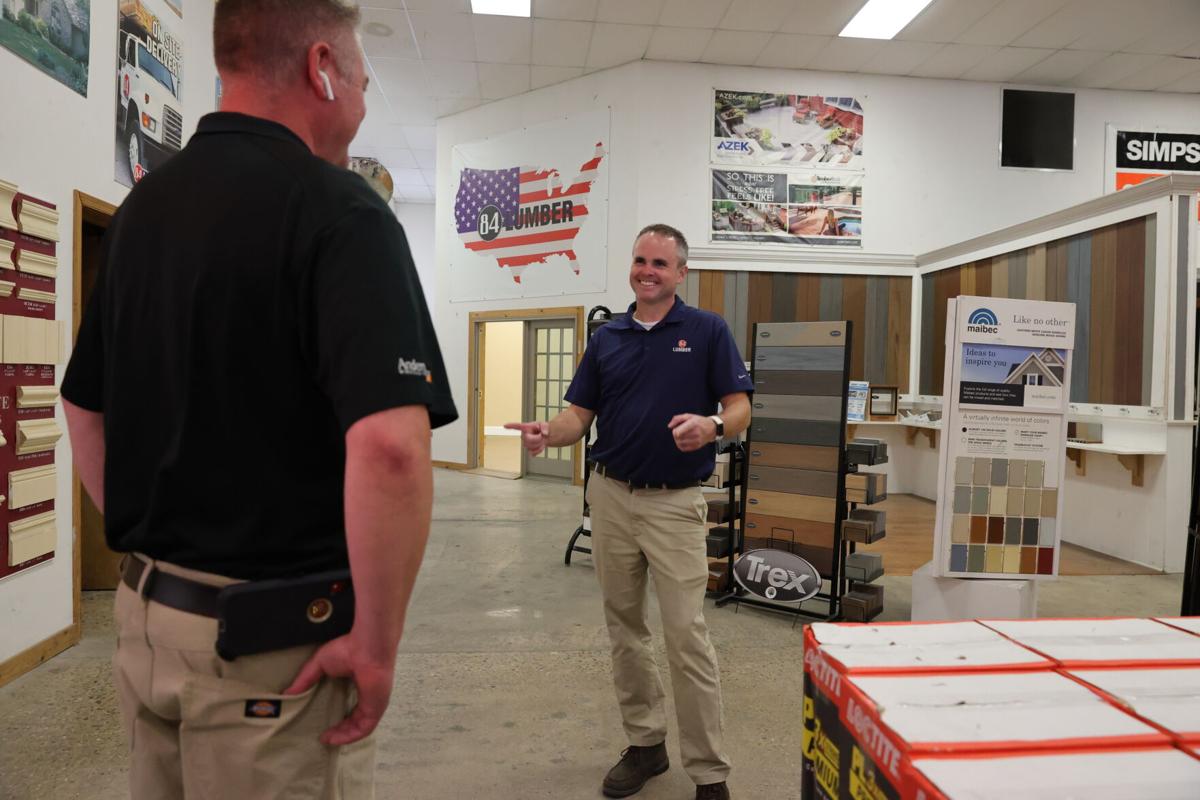 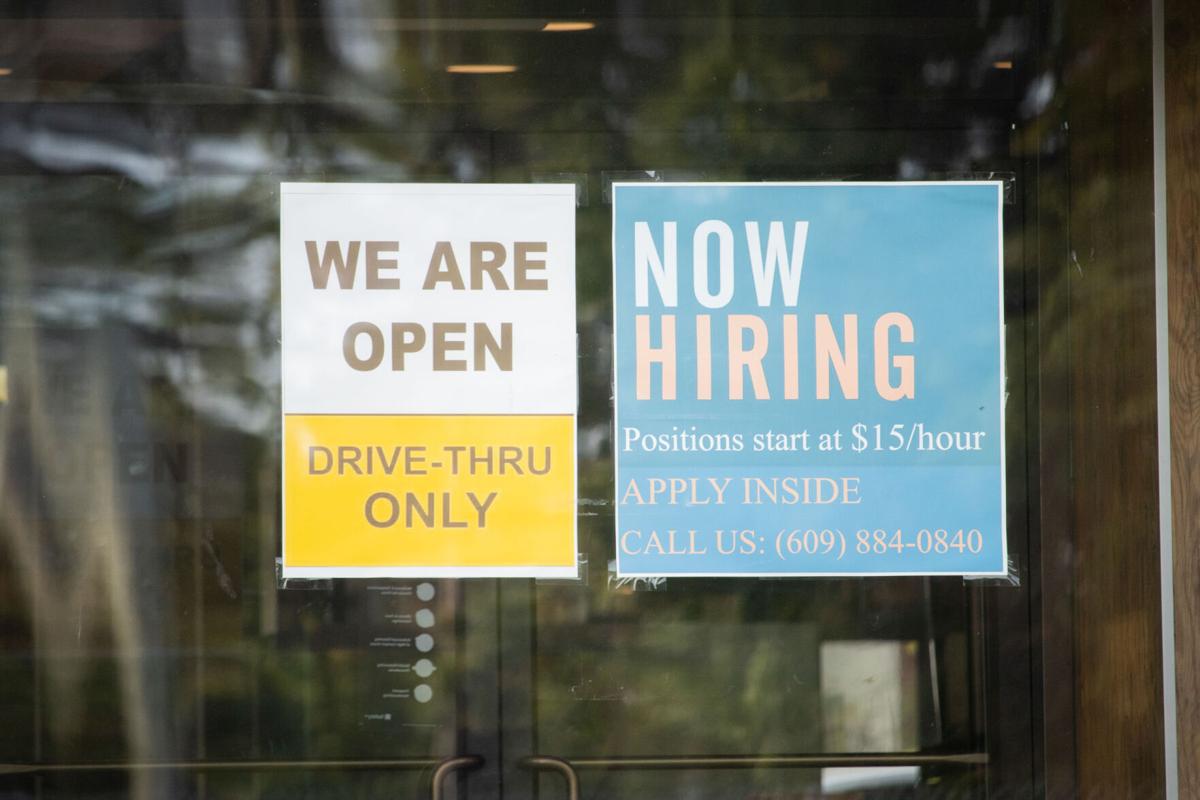 McDonald's struggles to find staff to keep its North Cape May location open.

Stephen Bartosiewicz couldn’t wait to get back to work after receiving unemployment briefly over the summer.

“I don’t like doing nothing all day. I’m a worker, so I’m ready to come back,” Bartosiewicz, 32, said after he applied for a position at 84 Lumber during a hiring event last month. “I took unemployment because I needed something to keep the rent coming, but even when I was unemployed I was looking for jobs every day.”

Bartosiewicz, of Egg Harbor Township, said some people may have seen the benefits as a reason to stay home, but he certainly wasn’t one of them.

Jonathan Pagan, 28, who was at the same hiring event, agreed with his friend Bartosiewicz.

“I was laid off when the pandemic began, so I had to go on unemployment,” Pagan said. “I’m excited about this (job), and I feel good about it.”

Businesses large and small are still scrambling to fill positions as millions of Americans begin to return to work and employers restore some of the jobs slashed during the more than 18-month-long pandemic.

In early September, the federal government stopped additional aid — including $300 a week on top of traditional state unemployment insurance benefits. The additional money was meant to ease the economic impact of the pandemic.

The number of Americans applying for unemployment benefits fell last week, another sign the U.S. job market and economy continue their steady recovery from last year’s coronavirus recession, according to the U.S. Department of Labor.

Weekly unemployment claims fell by 38,000 to 326,000, the first drop in four weeks, the Labor Department said Thursday. Since surpassing 900,000 in early January, the weekly applications, a proxy for layoffs, had fallen more or less steadily all year. Still, they remain elevated from pre-pandemic levels: Before COVID-19 hammered the U.S. economy in March 2020, weekly claims were consistently coming in at around 220,000.

But, as the job market nationally and locally begins rebounding, companies are now complaining they can’t find workers fast enough to fill their job openings, a record 10.9 million nationally in July.

Oliver Cooke, an associate economics professor at Stockton University, said besides the added unemployment benefits ending, several factors, including a lack of child care and the restrictions on the J-1 visa program, were particularly impactful to the current state of the job market in areas such as South Jersey.

Also, some employees may have switched careers during the pandemic and are hesitant to return to work around others, he said.

“A lot of folks were doing something for years, told they couldn’t do that during COVID so they went back to school or changed paths,” Cooke said. “I think there’s a lot of people, as it relates to the face-to-face public services jobs, who frankly just don’t feel comfortable. They aren’t willing to roll that dice.”

“I do think it’s a combination of several different components,” Kuhn said. “Part is that people are still uncomfortable and anxious about getting back out there and exposing themselves and their families to the risk (of COVID-19) that is there. And a lot of people had the opportunity to evaluate their own situations and have done that comfortably because of the unemployment benefits, but some of them are in a position to decide whether they want to continue on a certain career path.”

Kuhn said the lack of interest in job fairs held by some of the resort’s casinos speaks to the way the pandemic has changed people’s perspective when it comes to the unpredictability of the hospitality and tourism industry.

“Pre-pandemic, Hard Rock would have thousands of people lined up on the Boardwalk to get the interview,” Kuhn said. “In the same situation now, you see 120 people lined up for way more than 120 jobs. It seems like there is a lack of real enthusiasm to pursue the hospitality tourism jobs ... also, that industry, while it’s a staple, is one of the lower paying wages in a lot of respects.”

To improve the county’s economic standing, Kuhn and other officials are working to diversify the economy by focusing more on manufacturing and aeronautics. These efforts have been in the works since 2015 when an economic study of the county provided suggestions on how it could be more diverse and bring higher-paying jobs into the area.

“We (Atlantic County) are so singularly focused on hospitality, retail and tourism, 40% is focused on that sector,” Kuhn said. “So when the pandemic hit, we got hit harder than everyone else and we didn’t have opportunity to diversify and offer buffers for that impact. ... Idea is to recognize the shift and take advantage of that because the vision the county had in 2015 has opportunity to take off because of the shift in people reevaluating their careers.”

Part of these efforts include projects such as offshore wind and the recruitment of flight attendants to work out of the Atlantic City International Airport for Global Crossing Airlines, known as GlobalX.

The airport will serve as a base of operations for GlobalX, a Miami-based charter airline that will fly aircrafts for casinos, cruise lines, major hotel and resort destinations and incentive groups.

“We have this opportunity to really shift and transition to what are considered much more cutting-edge industry interests,” Kuhn said.

Now that the benefits are gone across the board, people like Dave Haley, regional manager for 84 Lumber in Pleasantville, and Taryn Lee, owner and operator of Tiny Tots Academy in Egg Harbor Township, hope to see more applicants.

“It has been really hard (to find employees), and a lot of it had to do with those benefits,” Haley said last month. “They were making as much to stay home, and you have to have a different mindset to turn that down.”

Haley said the company’s focus on career building is an incentive for people to apply.

“We offer careers. I want to say about 95% of managers here started at the bottom,” Haley said. “And we promote from within so we look for career mentality and people are drawn to it.”

Lee said the unemployment benefits “absolutely” contributed to her struggle to find employees at Tiny Tots and that staffing initially took a hit when the pandemic began because of schools shifting to virtual learning.

Lee said potential employees may also have been driven away due to a new mandate implemented by the state that requires all child care workers to be vaccinated against COVID-19 by Nov. 1 or be subject to weekly testing.

“I’m just hoping it gets better in the near future,” Lee said. “There has to be a point that people have to work again.”

President Biden promised an economy that could be firing on all cylinders next year, but Friday's disappointing jobs report suggests the start of a slowdown in growth that could loom atop voters' minds in the 2022 elections. A11

New Jersey has awarded a contract to replace a century-old rail bridge that has been the source of regular delays for years, the state announc…

Doctors and nurses have battled for more than 18 months to contain the spread of COVID-19. All the while, they have worked to confront another…

NEWARK — A New York man characterized as a leader of the Pagans motorcycle gang was sentenced to 33 months in prison Thursday for gun possession.

With a college mindset and character education, these scholars attend one of the few suburban N.J. charters

When Richard Wilson Jr. told his wife in 2007 he wanted to start a charter school in South Jersey, she laughed — and then helped him launch th…

ATLANTIC CITY — The start date for a $15.4 million redevelopment project at the Buzby Village public housing complex has been pushed back unti…

MIDDLE TOWNSHIP — Police have upgraded charges against a township man in a fatal hit-and-run that occurred earlier this month.

McDonald's struggles to find staff to keep its North Cape May location open.