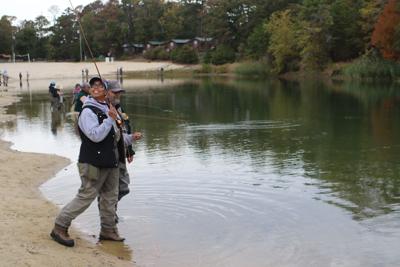 News can be grim most days, but some stories just leave you with a smile. This Thanksgiving, we asked Press of Atlantic City staffers to share stories they've covered that left them feeling hopeful or grateful, and to explain why they enjoyed covering them.

While we have a healthy measure of respect for politicians who devote their time to public service, the story of John Francis, 75, leaves us feeling even more grateful.

Francis is a former congressional candidate who spent years of his life walking across the U.S. He recently wrote a book about human kindness for kids, and is now planning a walk across Africa to connect with people there.

Staff Writer Michelle Brunetti Post interviewed Francis in 2020 and was struck by his positive nature, honesty and desire to contribute to and connect with the world around him.

"I am just really glad this guy exists!" said Post. "To see him coming up with new projects and goals since then has been great. He gives me faith in humanity."

At a Veterans Day event earlier this month, five veterans were honored and recognized at Atlantic City's Saracini-O'Neill memorial, which has served as the site of one of the larger veterans gatherings locally. The event is just one of several Pantalena, 80, organizes each year to honor service members, police officers, firefighters and 9/11 responders. When it comes to making sure veterans and locals who died on 9/11, Pantalena goes the distance. In fact, this past Memorial Day, he walked 18 miles to pay tribute to a late World War II hero from Atlantic City, Thomas Merendino. Staff Writer Michelle Brunetti-Post, who covered part of that walk said Pantalena's dedication and stamina are remarkable. Pantalena, shrugs off compliments and turns the attention back to the vets.

The bay is in their blood

Greenwich Township in Cumberland County is a small, quaint community with a deep sense of history that dates to before the Revolutionary War. The Morse family shares that history and last summer reached out to Press Meteorologist Joe Martucci and invited him to see how they make a living as commercial crabbers. While the Morses know their industry is struggling, their story was anything but sad. Long days on the boat and uncertain catches don't deter this family, who count time together on the water as a gift.

"I couldn't believe how friendly and welcoming the family was to me, a stranger," Martucci said. "At the end of the day, they were so happy for us to come to their town and hear their story, I can't forget the positivity of this family and the community."

Atlantic City has its share of historians, but only one has been deemed a "superhero" for his efforts: Ralph E. Hunter Sr.

Hunter is the driving force behind Atlantic County’s African American Heritage Museum of Southern New Jersey, which is celebrating 20 years, and which recently was honored by multiple organizations for its role in revealing and preserving Black history in South Jersey and Atlantic City.

"My knowledge increases every time I deal with him," Jackson said. "It has reached the point where if I hear about something new that deals with African Americans, my first thought is whether Ralph knows about it."

Hunter, 84, is showing no signs of slowing down. This February he will once again take his show on the road as he showcases the city's unique history to New Jersey schools. From then until April, he will be up at 3:30 a.m. to be ready for when students arrive.

“I take great honor in being involved with history and African Americans,” Hunter said.

A Series to remember

For Kelly Fleck, of Ocean Gate, Ocean County, and Alina Colon, of Bridgeton, getting to take the field for a World Series game between the Philadelphia Phillies and the Houston Astros was an unforgettable experience. The two women were able to attend the Phillies' Game 3 win over the Astros, 7-0. While Fleck served on the field as a ball girl, Colon helped out as a volunteer in the stands. Both say being part of the Phillies-crazed crowd was magical, even if the team ended up losing in six games.

Learning to fly, their heads in the clouds

The jets and aerial artists of the Atlantic City Airshow had packed up and left weeks earlier, but the early September Girls in Aviation Day at Atlantic City International Airport captivated on a different level.

"I love covering stories that have cute kids having fun and learning," said Staff Writer Selena Vazquez, who named this event a favorite. "Just seeing all the girls super excited to see airplanes while learning about potential careers in aviation and STEM is really something special."

Sports writer Michael McGarry's pick is one for the history books.

"It’s not every day you get to talk to an American original," said McGarry. "But that’s what happened this past March when I spoke to women’s college basketball pioneer Cathy Rush about the 50th anniversary of the Immaculata College team she coached to a national championship."

Rush grew up in West Atlantic City and graduated from Oakcrest High School in Mays Landing. Immaculata became Philadelphia-area and national sensations. The Mighty Macs played in the first nationally televised women’s game when they faced Maryland on Jan. 27, 1975.

Rush and her players were pioneers and a big reason why women’s sports are so big today.

From across the country, a cry for help answered

Social media gets a bad rap, and deservedly so some days. But in December 2021, when Toshira Maldonado-McIntosh asked God for a kidney so her husband could live, the online world became a lifesaver.

Roy McIntosh, 48, of Mays Landing, needed a kidney to replace one of his that had been damaged by renal failure. McIntosh was staying alive with the help of dialysis, but the COVID-19 pandemic had made his survival prospects bleak — until an online plea for help saved his life.

This past summer, McIntosh met up in Atlantic City with Heather Schaefer, of Grapevine, Texas. McIntosh would have never met Schaefer if she hadn't been online that day and seen the plea for help. Her donated kidney helped save McIntosh's life.

"Writing this story showed me firsthand how giving people can be," said Staff Writer Eric Conklin, who covered the meeting of McIntosh and Schaefer. "It also showed me that social media is powerful and isn't always something used to divide people, like many people make it out to be."

A shared love of the game

The 2017 Millville High School graduate made his Arizona Diamondbacks debut June 17. More than a dozen family and friends, including parents Bud and Shannon and grandfather and former Major League player Don Money, were at Chase Field to watch Kennedy get his first hit. Two days later, on Father's Day, his family saw Kennedy hit a grand slam for his first career home run.

For Staff Writer John Russo, who had covered Kennedy's ascent and got to know the family over five years, it was a special moment.

"Watching Buddy and his dad be interviewed on TV after that game on Father's Day and share that special moment reminded me about how my late father helped me fall in love with baseball when I was a little kid," Russo said. "I'll always be grateful for those moments, and I was honored to get to follow someone else's incredible journey all these years."

A story of fish, and survival

That seemed to be the case for a group of women casting their lines into a small lake in Dennis Township, fly fishing on an October Sunday.

For Staff Writer Bill Barlow, it was a memorable and inspirational story. He said he was grateful to have a chance to hear the women’s stories, and to tell them to readers.

They had gathered for a Casting for Recovery retreat weekend, which included informational talks, a ceremony on the beach in Sea Isle City and lessons in how to properly cast a line. All of the participants had been diagnosed with breast cancer.

According to organizers, the gentle, sweeping motion of casting a fly fishing line can improve range of motion for the upper body after surgery. Just as important, though, is the time spent outside in nature and making connections with others.

Hi Point Pub in Absecon up for sale

ABSECON — The owners of the shuttered Hi Point Pub, which had its liquor license indefinitely suspended by the state earlier this year, are se…

ATLANTIC CITY — Many residents of Stanley Holmes Village, a public housing project that is due to be redeveloped in phases starting in 2023, a…

Home range on the firing line in Upper Township

UPPER TOWNSHIP — A backyard firing range in a residential area has neighbors up in arms, with several asking the Township Committee to take action.

ATLANTIC CITY — The city must become a walkable resort like Las Vegas if it wants to stay competitive, two casino executives said at Friday’s … Kelly Fleck, left, and Alina Colon celebrate the Philadelphia Phillies winning Game 3 of the World Series on Nov. 1. Fleck worked as a ball girl, while Colon worked as part of the Phillies' Green Team. 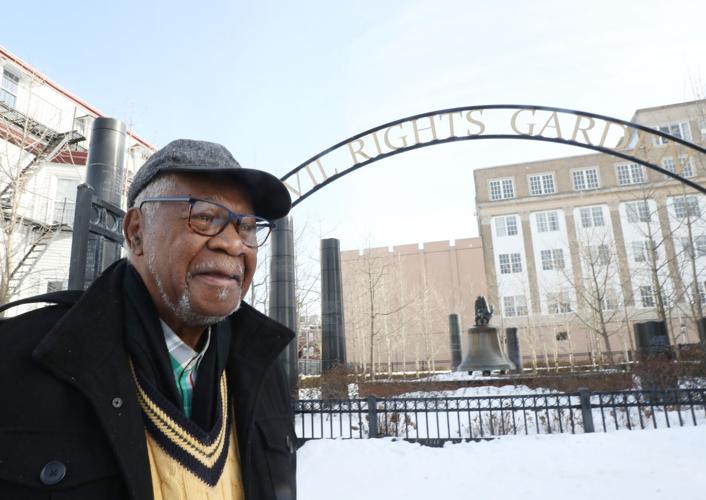 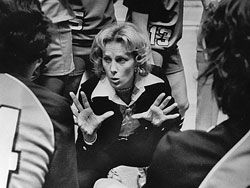 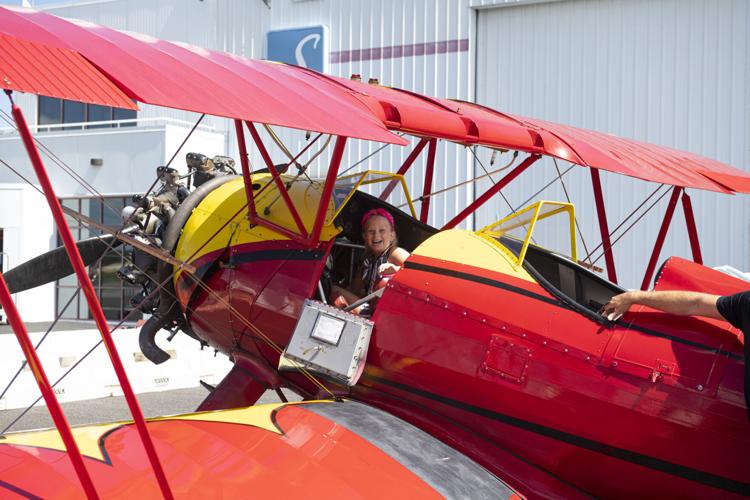 Madalyn Broom, 10, of Little Egg Harbor Township, enjoys the view from the cockpit of a biplane during Girls in Aviation Day in September at Atlantic City International Airport.

Friends and family of Buddy Kennedy were in Arizona on Friday to see the Millville High School graduate make his major league debut with the Diamondbacks. 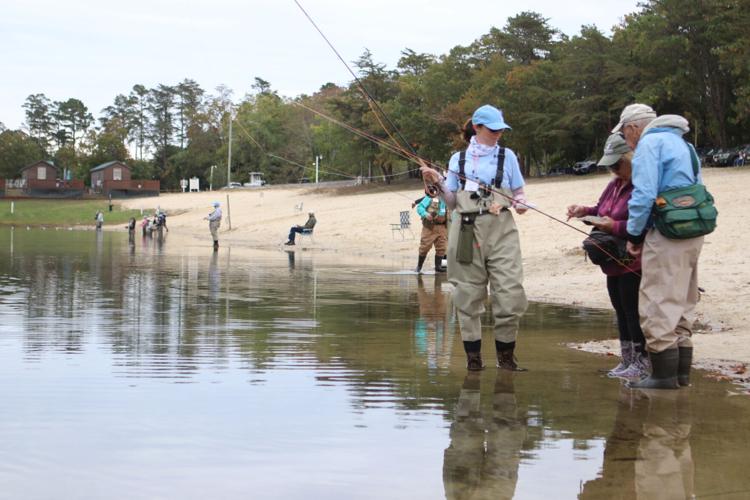 A group of women fish in Dennis Township on Sunday as part of a Casting for Recovery weekend retreat introducing survivors of breast cancer to fly fishing. 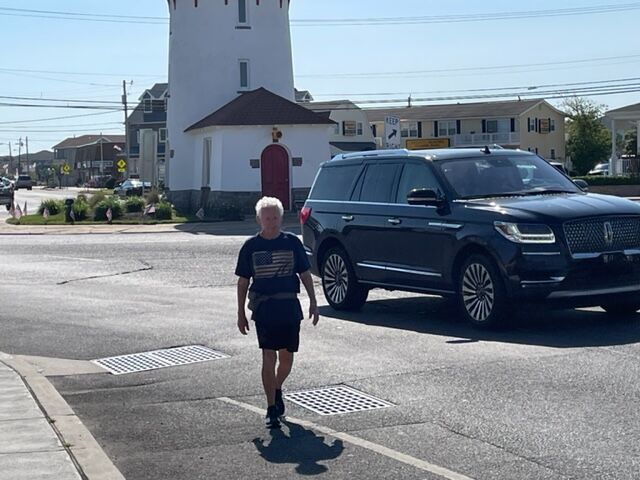 Bob Pantalena walks toward Atlantic City through Brigantine early Memorial Day, a little more than halfway through his 18.3-mile walk to honor the late Army Capt. Thomas Merendino, who distinguished himself in several major battles of World War II.