What's next for the COVID relief bill? And when will the $1,400 payments reach Americans? 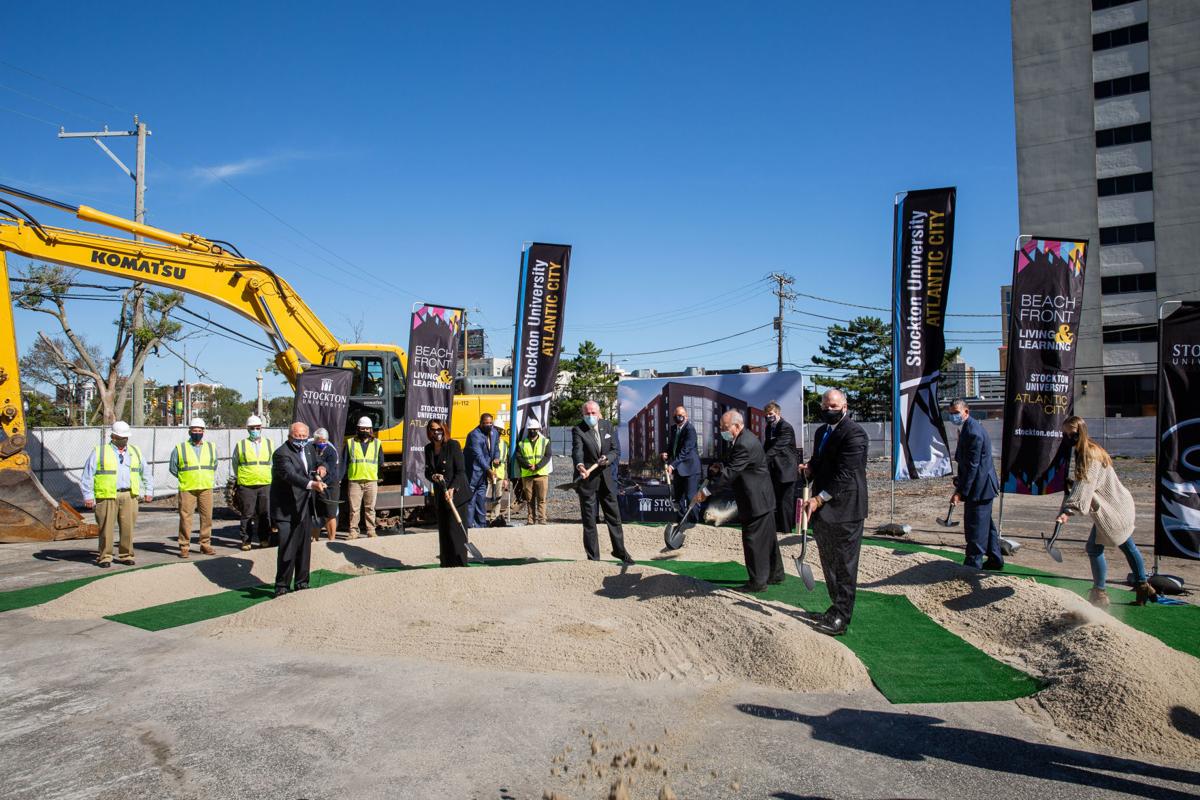 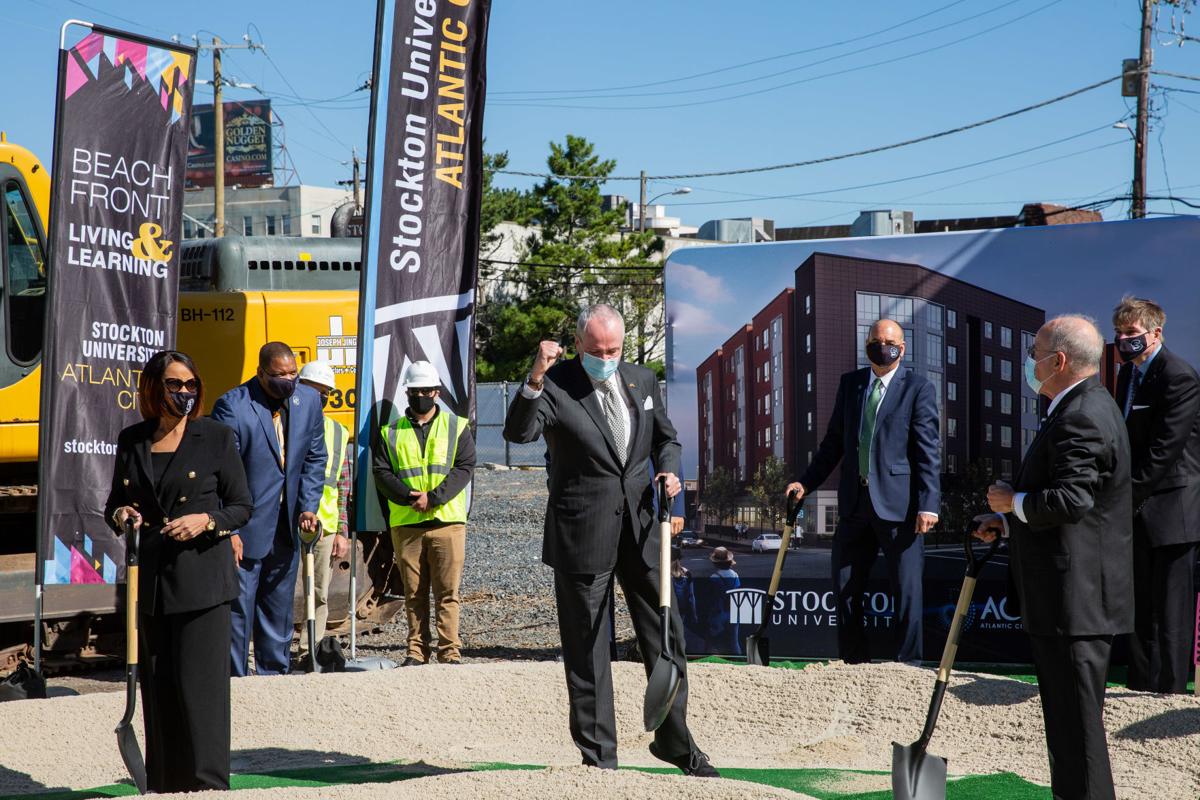 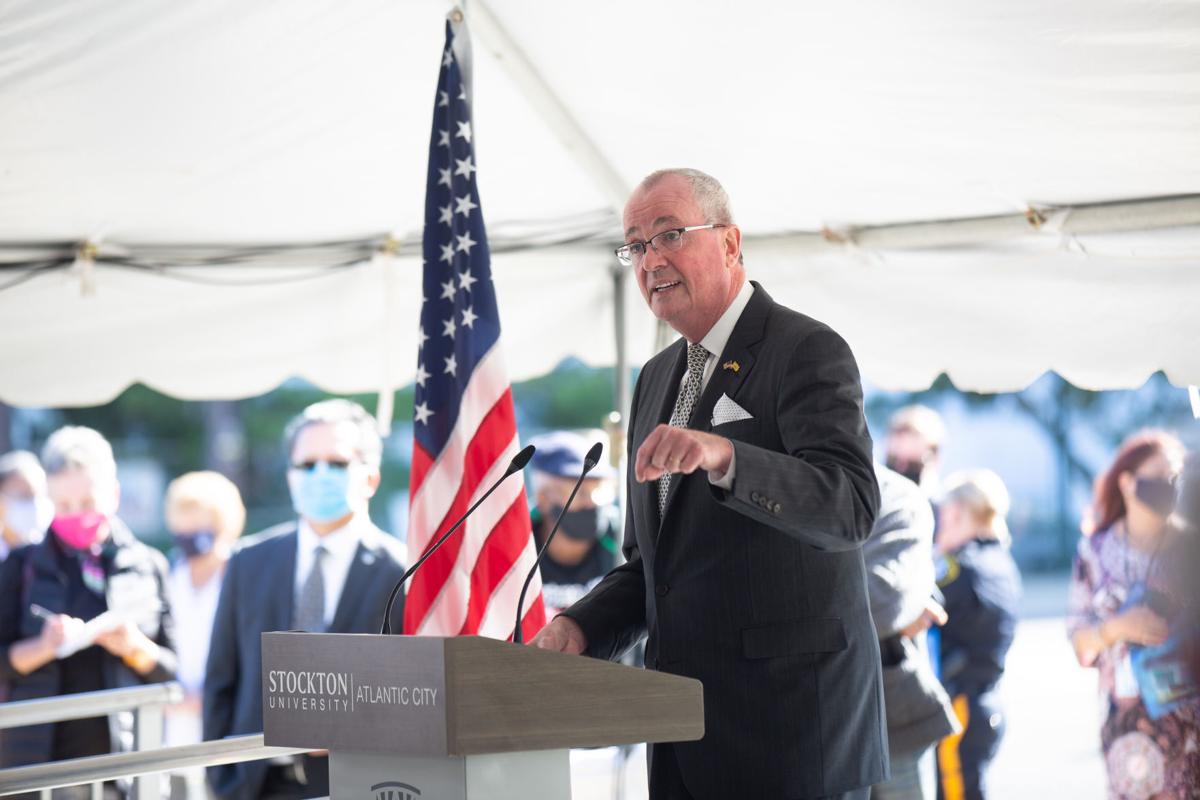 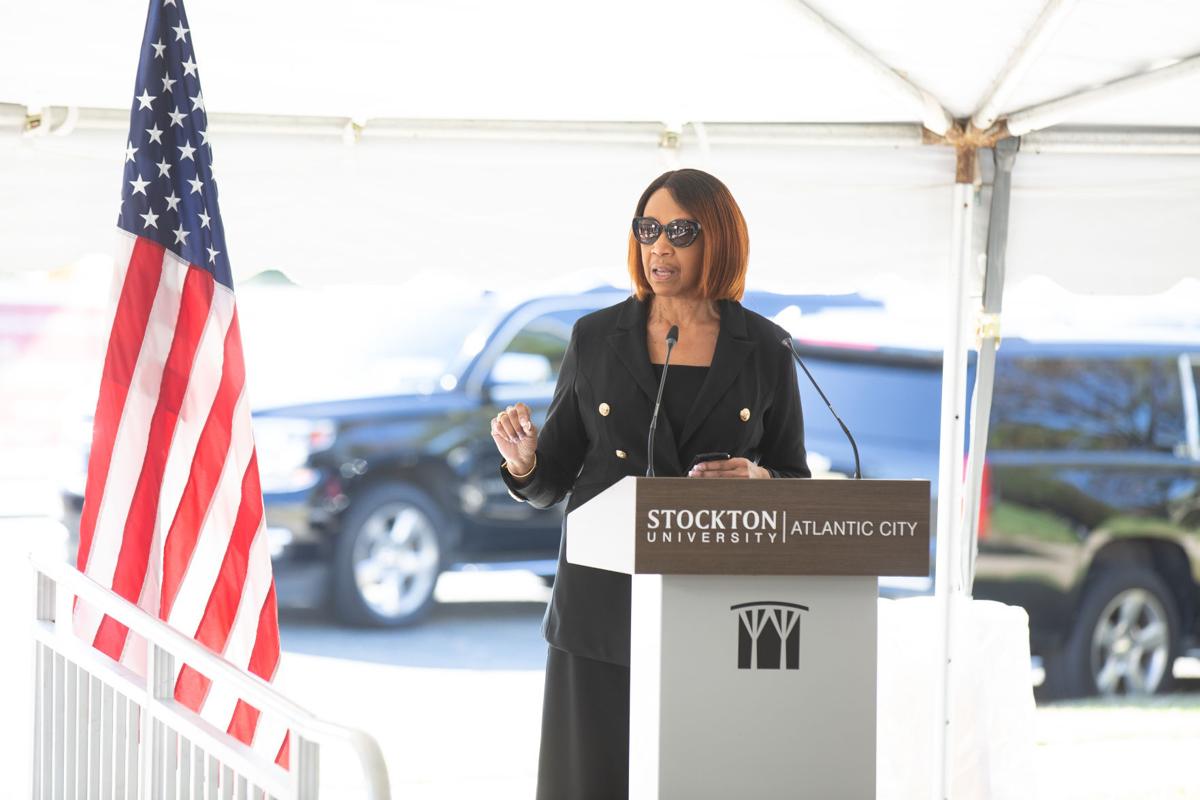 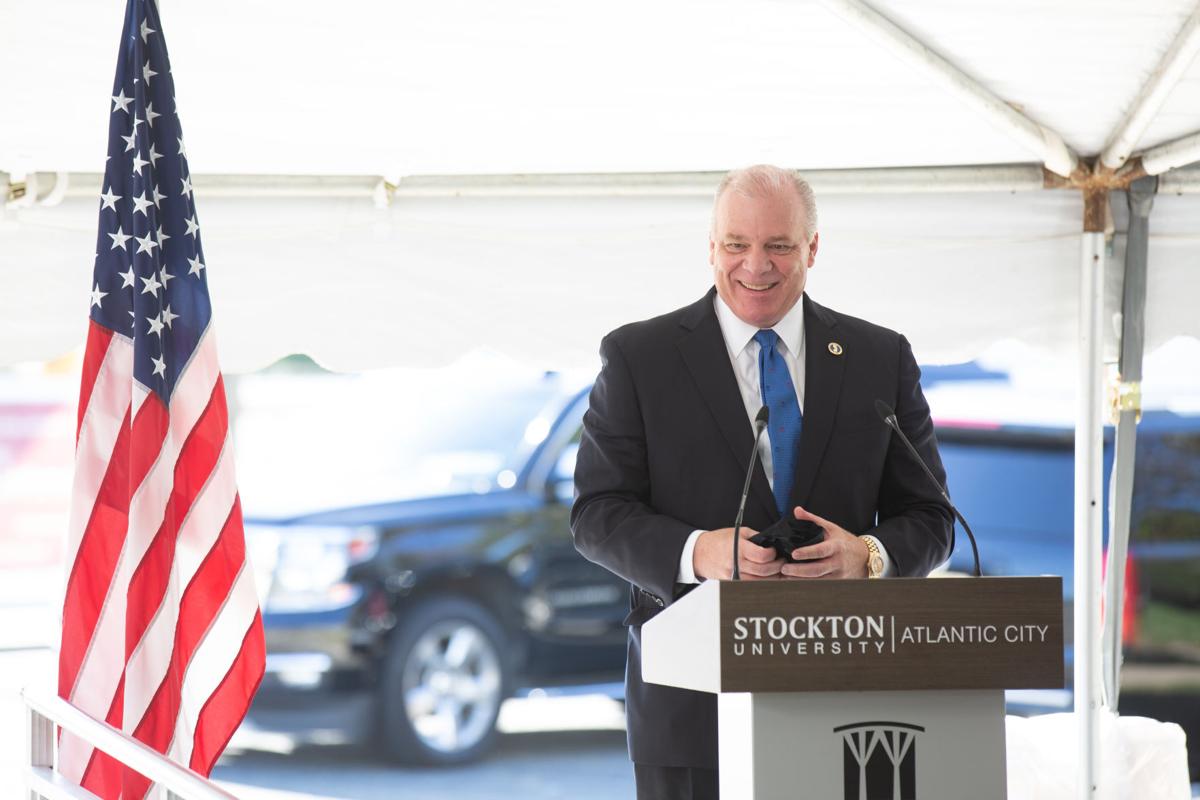 Senate President Steve Sweeney addresses the crowd at the October groundbreaking of a new Stockton University building in Atlantic City that will feature apartment-style living quarters. 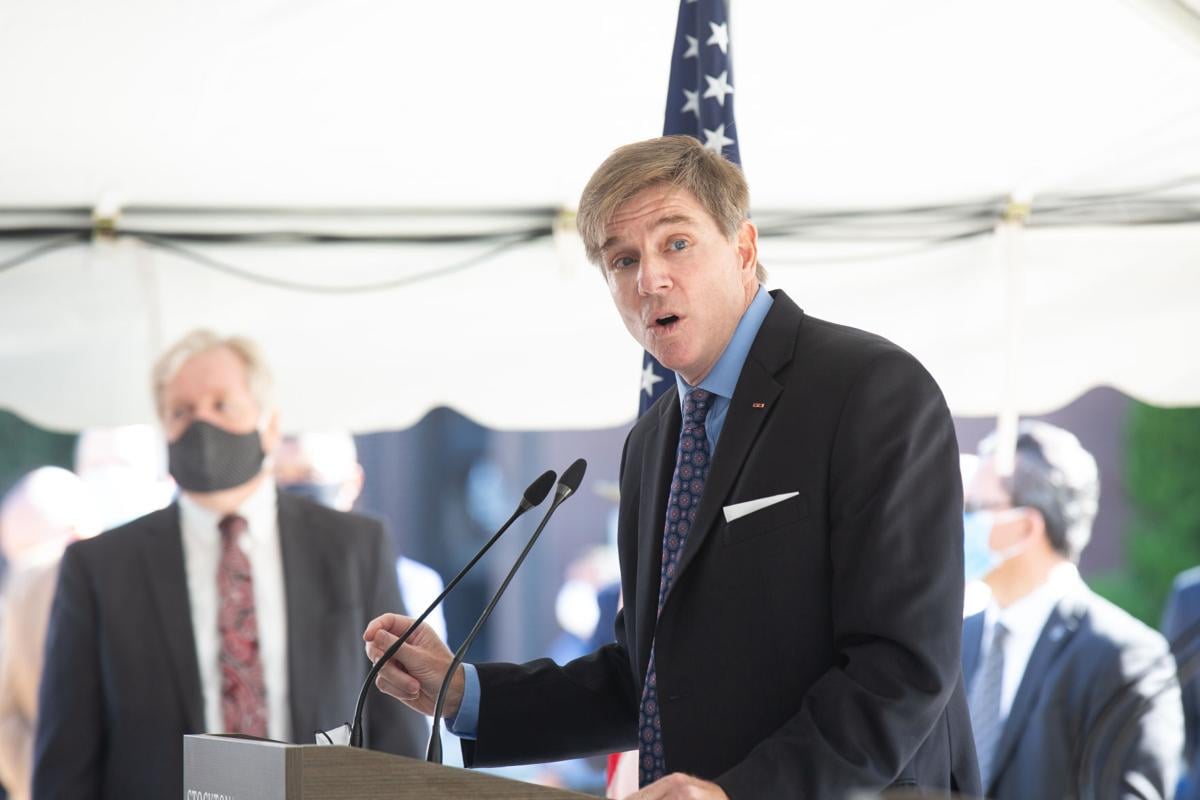 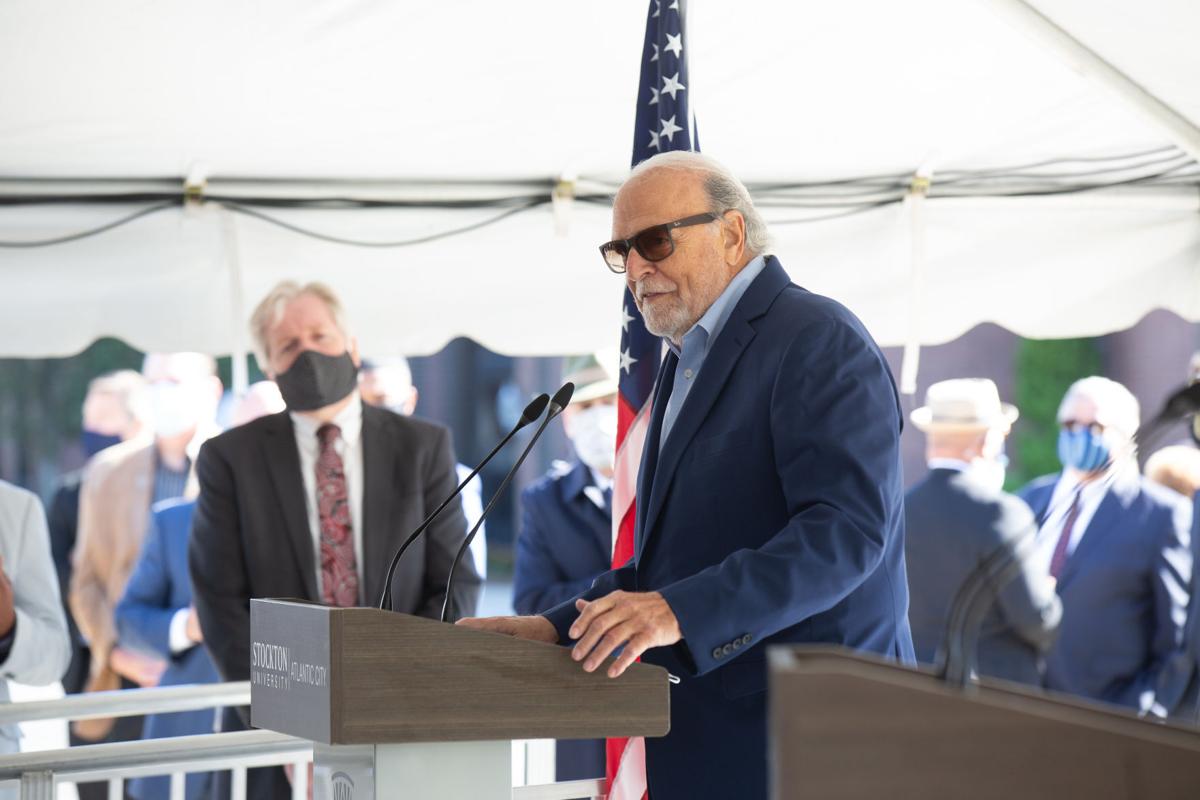 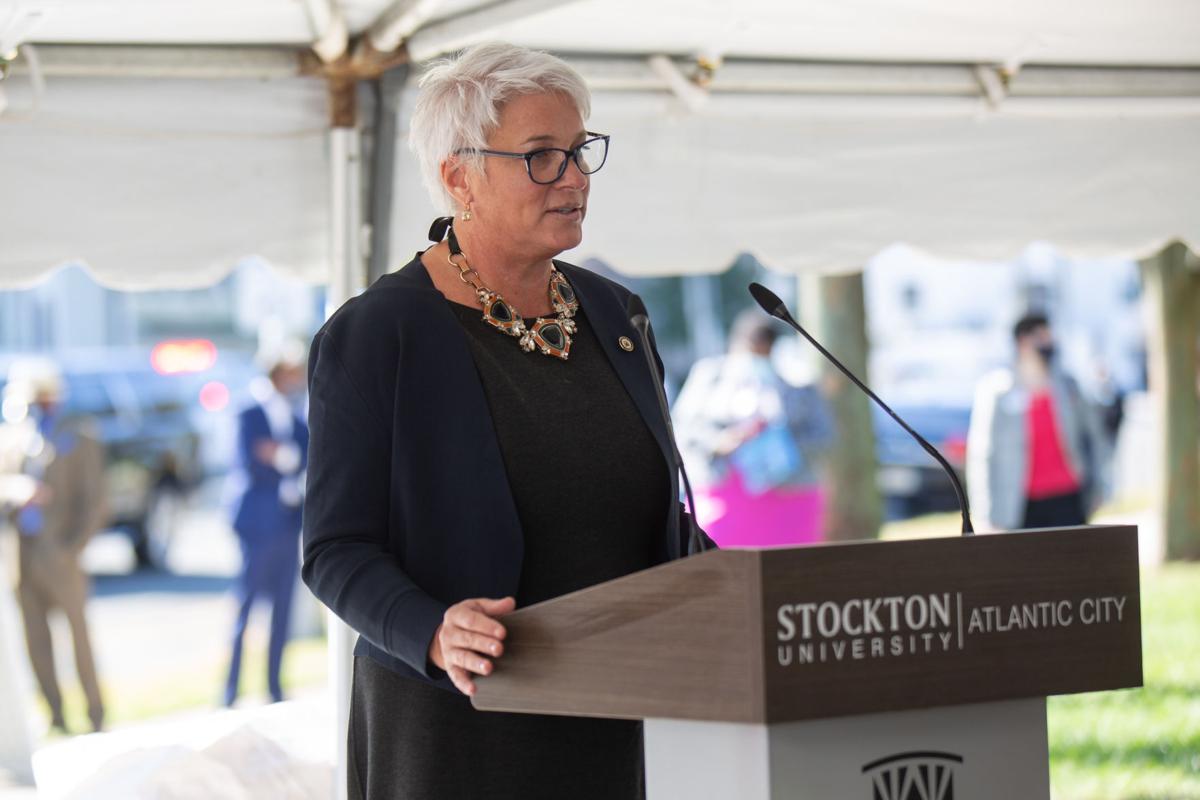 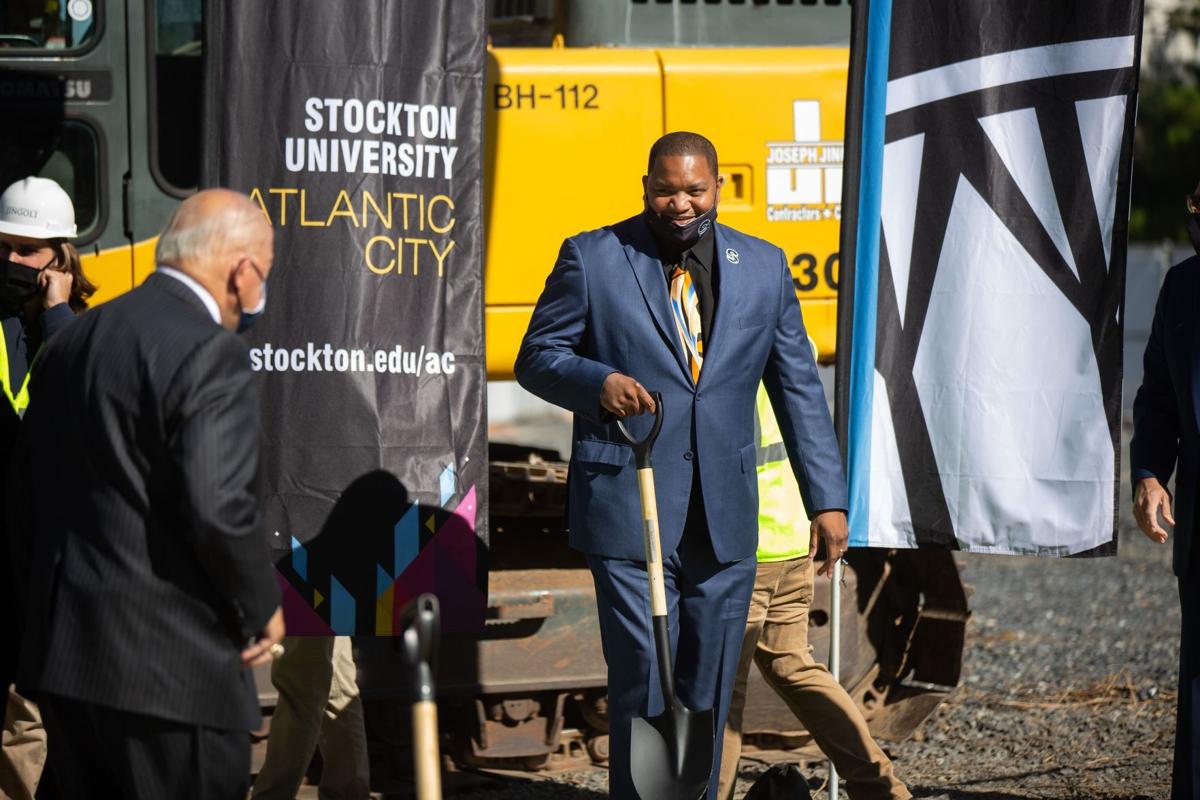 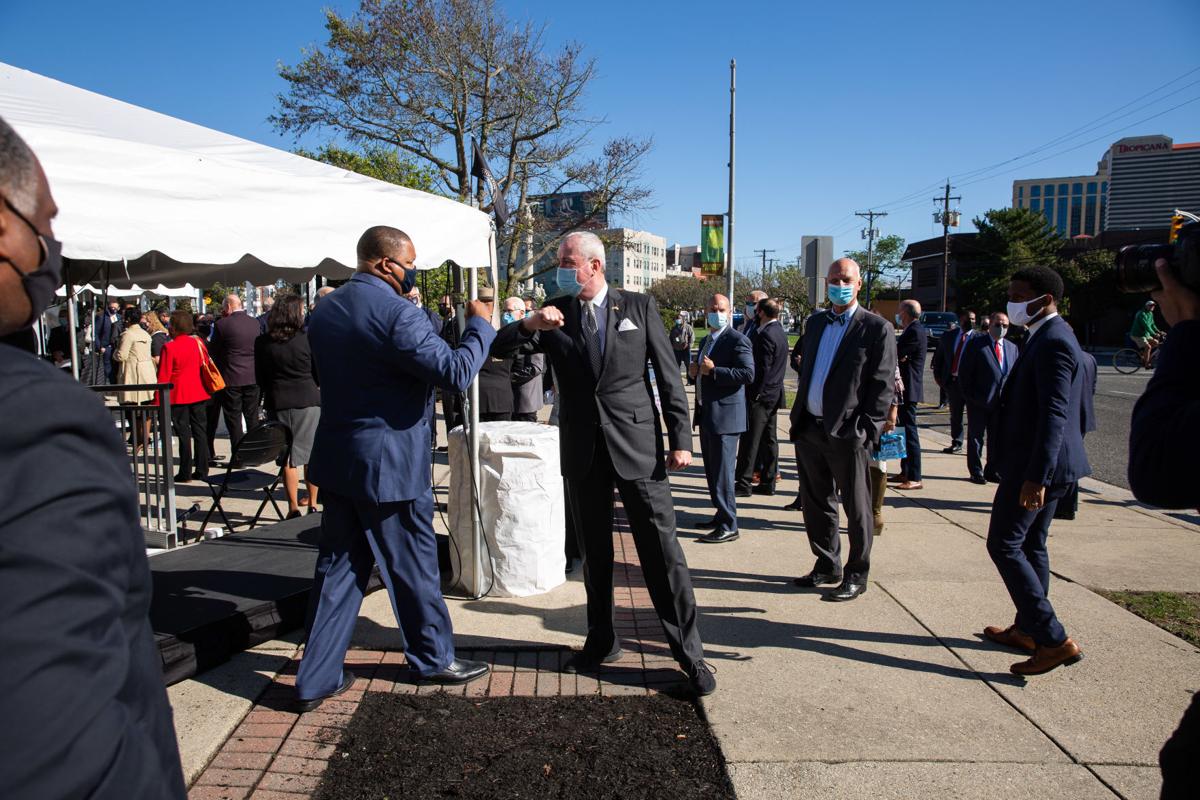 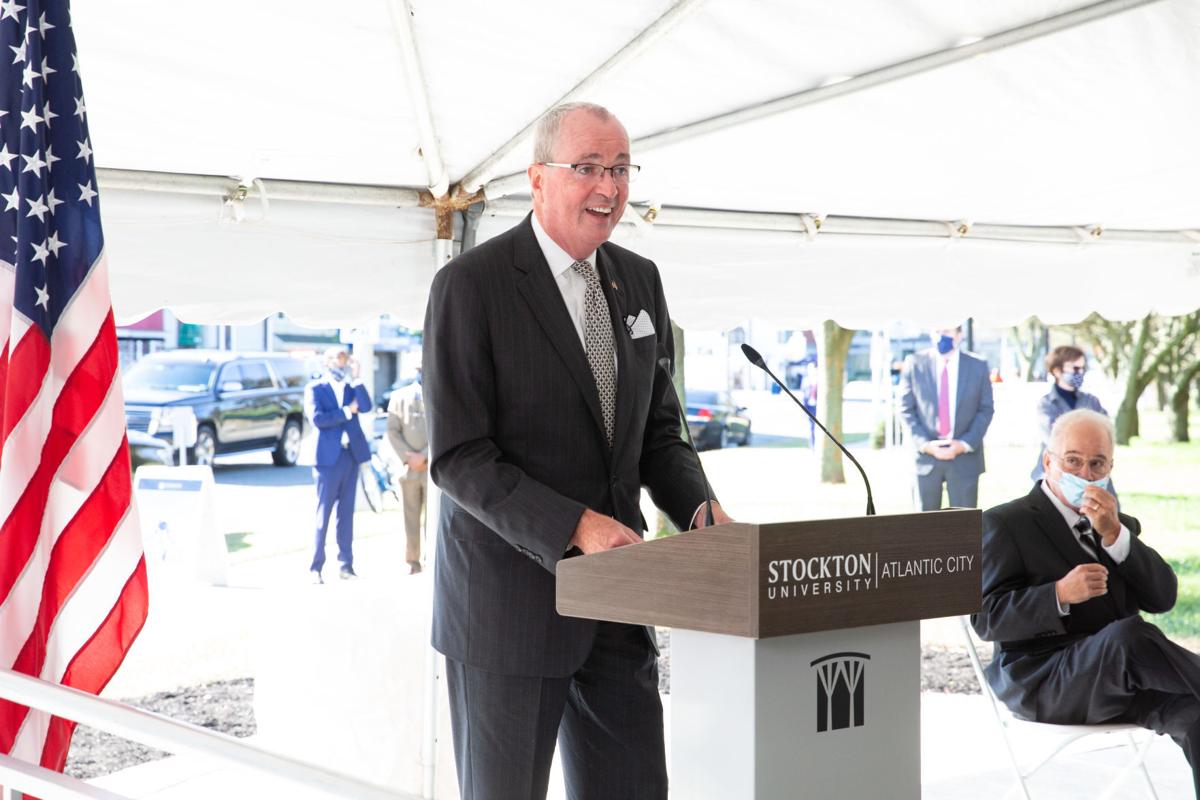 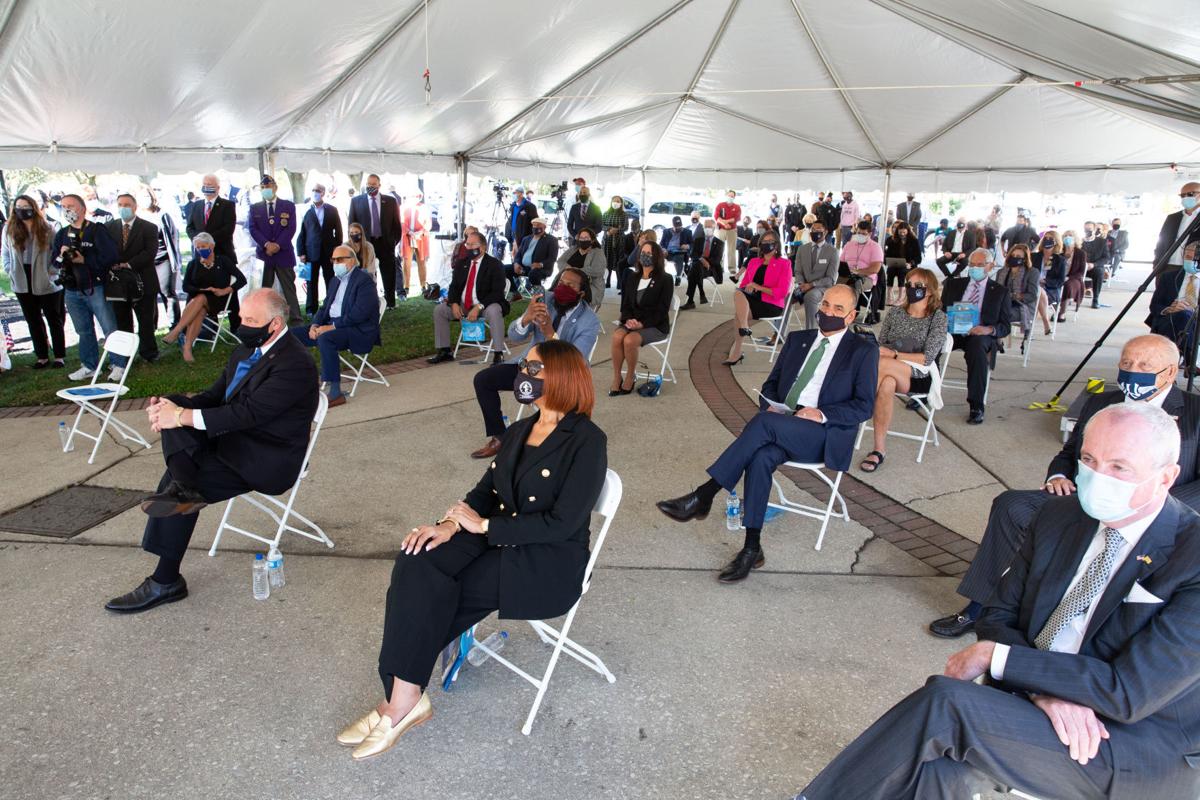 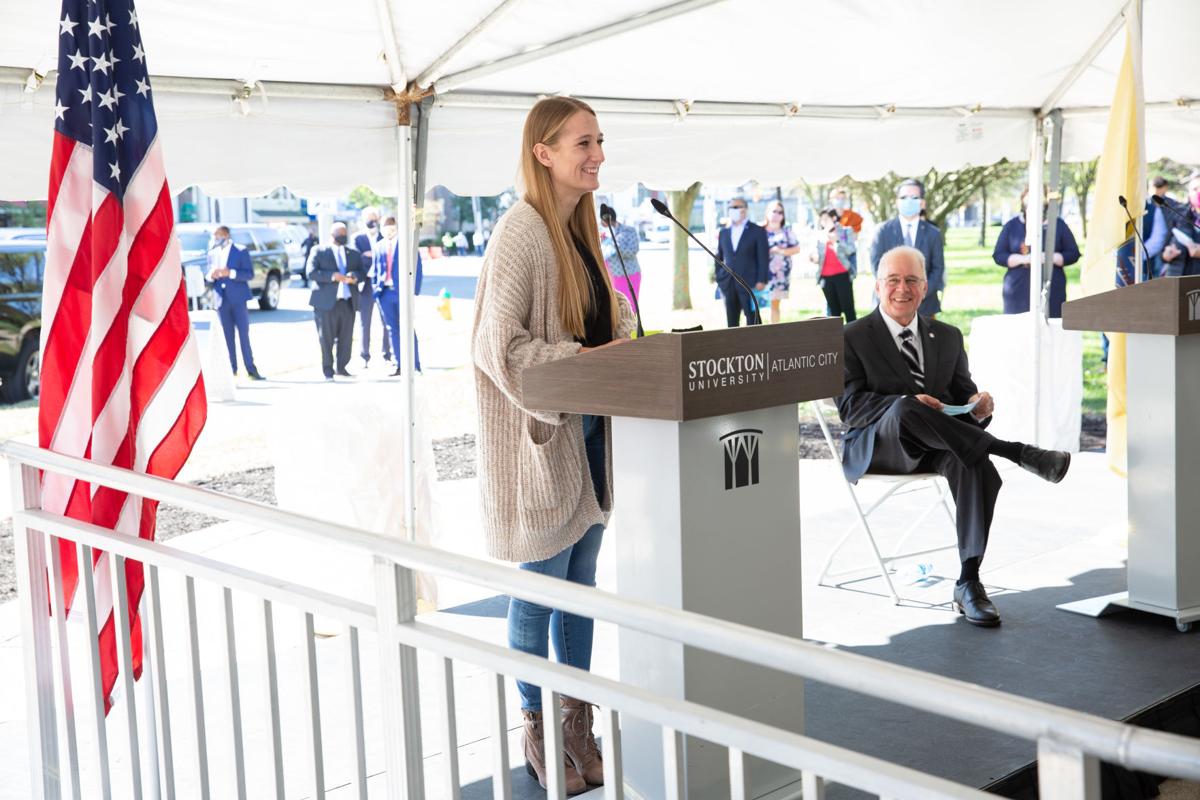 Stockton Student Senate President Katharine Campion expresses gratitude on behalf of the university’s nearly 10,000 students ‘for (making) Stockton University the place that it is today, which is, of course, an educational institution but also a home.’

The six-story, 135,000-square-foot student residence hall will be built at Atlantic and South Providence avenues, across from O'Donnell Memorial Park. The 416-bed dorm will complement the 533-bed Boardwalk residence hall and three-story academic building that opened in fall 2018.

The $64 million project is scheduled to be completed by 2023.

Originally scheduled to break ground in March, Phase II was stopped in its tracks by the coronavirus pandemic. As COVID-19 began to impact New Jersey's finances, $4.6 million in state funding earmarked for Stockton's expansion was frozen.

On Wednesday, state and local leaders touted the university's Atlantic City expansion as a critical component of the region's growth and recovery.

"Overwhelmingly, these projects are diversifying the economy of the city and creating a stronger, fairer and more resilient post-coronavirus future for Atlantic City and South Jersey," Murphy said during pre-groundbreaking remarks at O'Donnell Memorial Park. "When completed, this hall will add to Stockton's growing Atlantic City footprint."

"Phase II solidifies our ongoing partnership with Atlantic City and demonstrates our long-term commitment to the vibrancy and success of the city's University District," said Stockton President Harvey Kesselman. "This project represents our unwavering confidence in the future, not just for Stockton or Atlantic City, but for the great state of New Jersey."

Student Senate President Katherine Campion expressed gratitude on behalf of the university's nearly 10,000 students "for (making) Stockton University the place that it is today, which is, of course, an educational institution but also a home."

The project, being designed and constructed by AC Development Corp., was approved by Stockton’s Board of Directors in May 2019.

Sweeney, D-Salem, Gloucester, Cumberland, said New Jersey supported the project because of "how important it would be for the university, the students and the communities here in Atlantic County."

"This project will continue the economic revitalization and increased access to higher education created through the opening of Stockton's Atlantic City campus," he said. "Institutions like Stockton provide so much for our communities, and it is clear that the investments New Jersey has made here are already paying off."

Pandemic's impact on South Jersey tourism, hospitality will continue in 2021, experts say, but that may not be a negative

The coronavirus pandemic disrupted the tourism and hospitality industries in 2020 and, barring a medical miracle, will likely continue to do s…

ATLANTIC CITY — Not many people can say 2020 was a good year for them, but Mayor Marty Small Sr. can.

ATLANTIC CITY — Some workers in the Atlantic County Office Building feel the county isn’t protecting them enough from COVID-19, they said in t…

Last year began with Gov. Phil Murphy praising the state’s “collaborative and cooperative approach to turning Atlantic City around” during his…

Stockton gets $4.6M for Phase II in AC reinstated in governor's budget

{child_flags:top_story}{child_flags:breaking}Stockton gets back $4.6M for Phase II of A.C. campus

Senate President Steve Sweeney addresses the crowd at the October groundbreaking of a new Stockton University building in Atlantic City that will feature apartment-style living quarters.

Stockton Student Senate President Katharine Campion expresses gratitude on behalf of the university’s nearly 10,000 students ‘for (making) Stockton University the place that it is today, which is, of course, an educational institution but also a home.’