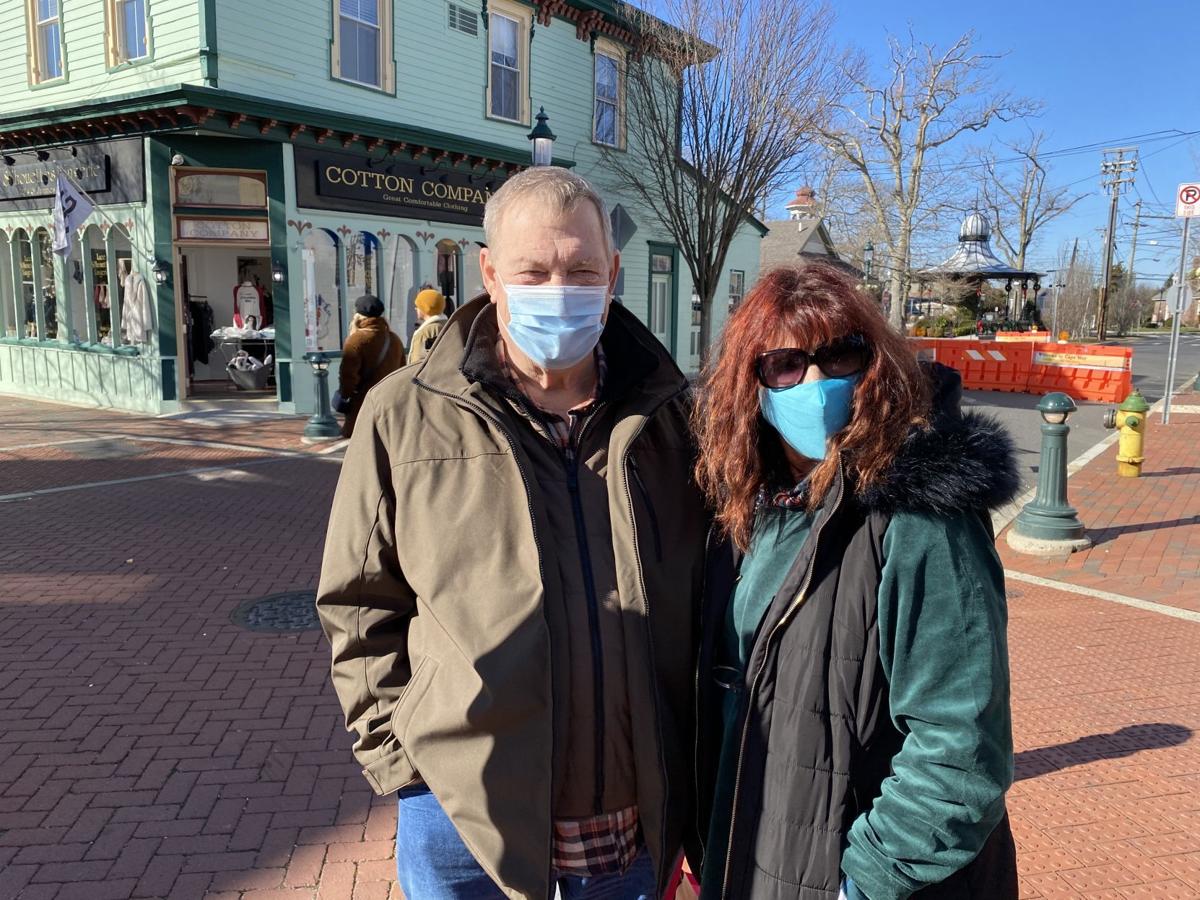 Pat and Donna Mulrane, of Toms River, say the president should accept the outcome of the election. 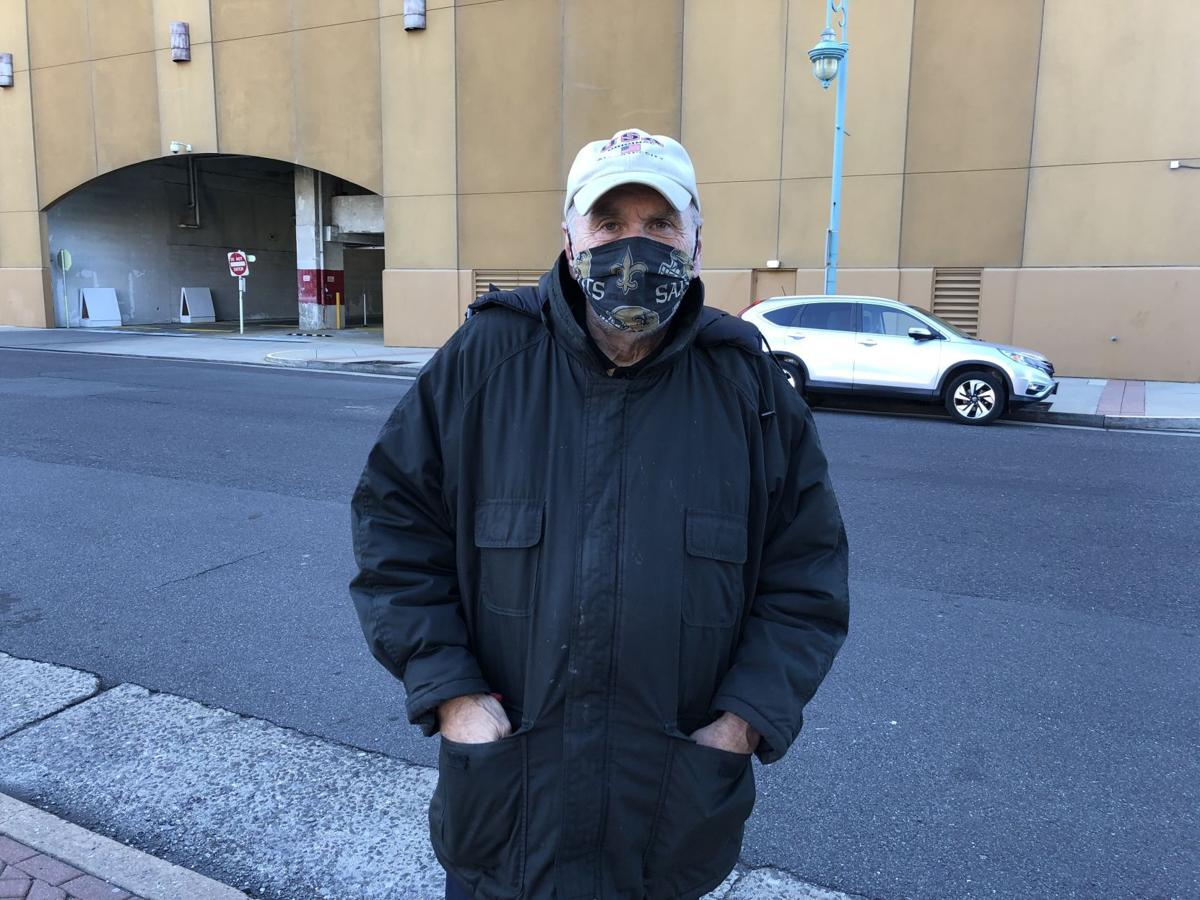 Stephen Thomas, 70, of Atlantic City, says Wednesday's attack on the Capitol was a culmination of the nationwide unrest that seemingly dominated 2020. 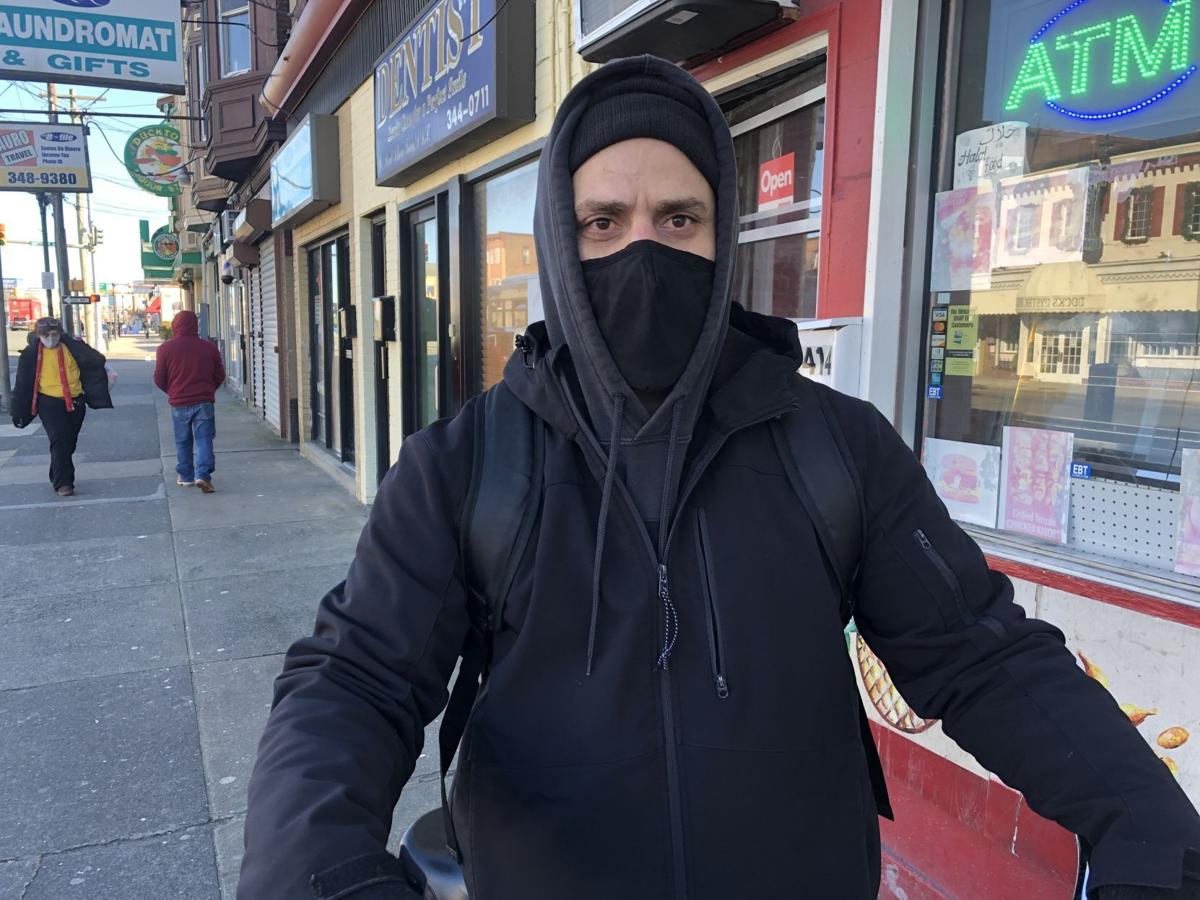 Wilberto Pastrana, 37, of Atlantic City, says the first thing he felt was shame for the country when he found out what was happening in the nation’s capital. 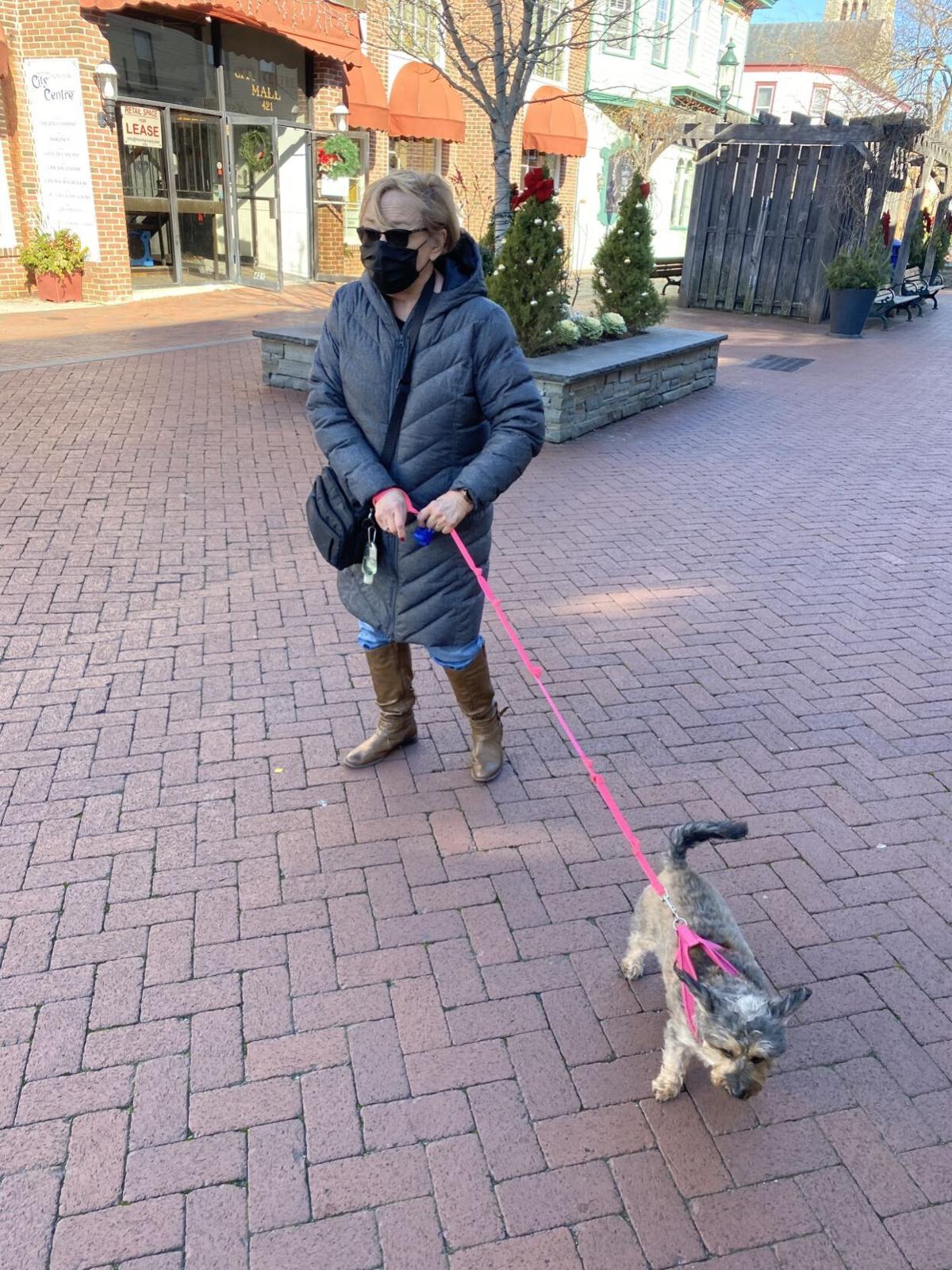 Marcia Green, 75, with her dog, Lulu, says the Trump supporters she's met were not the kind of people who would attempt to storm the Capitol. 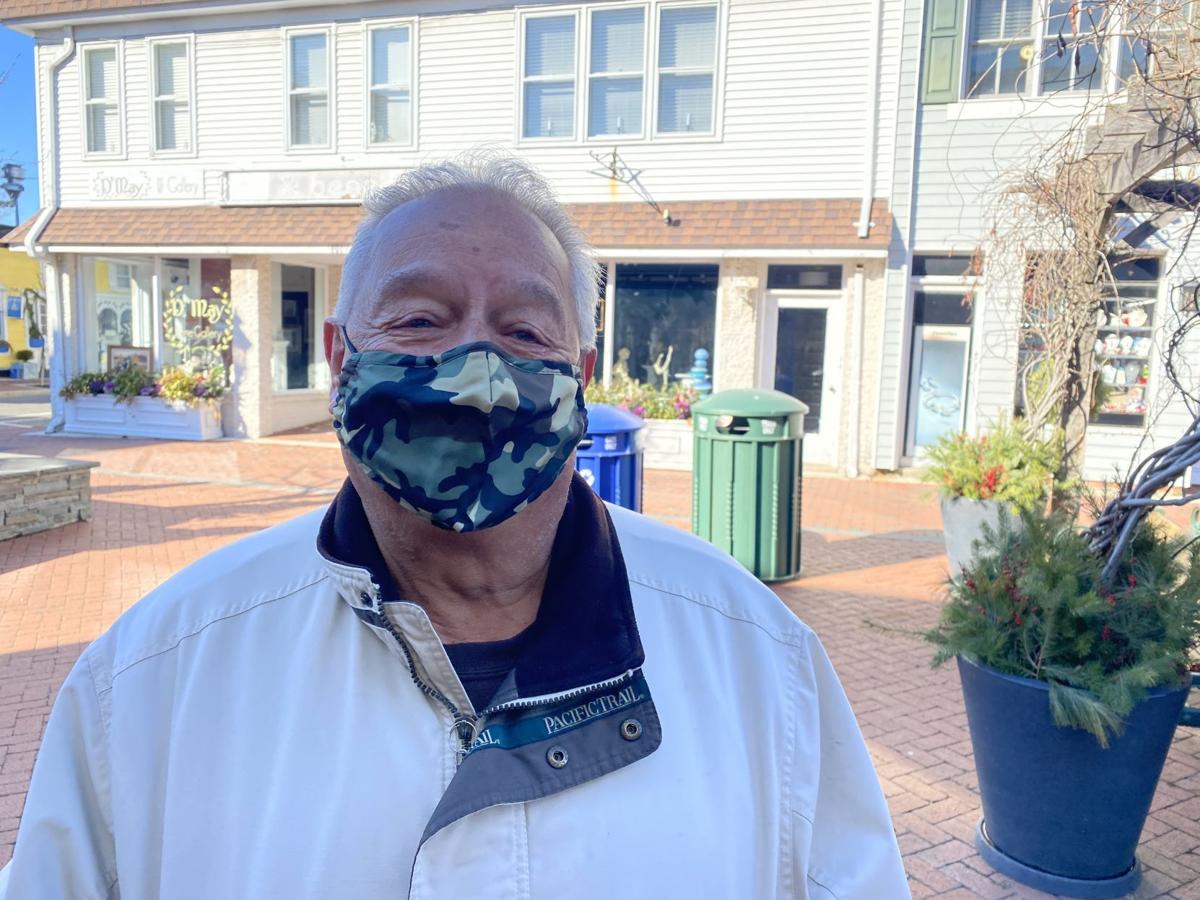 Ralph Pazquez, of Newfield, described the attack on the Capitol as scary and said he doesn't trust Trump.

“Because I know the speech that he gave gave them the ammunition to go do that,” the Atlantic City resident said.

On Wednesday, tens of thousands of Trump supporters protested in Washington, D.C., and stormed the U.S. Capitol, breaking windows, stealing items and clashing with police. Before protesters made their way in, Congress was meeting to certify the Electoral College votes that would solidify President-elect Joe Biden’s win.

Among those arrested was a Cape May County resident, Leonard Guthrie.

While tensions have long boiled over between Republicans and Democrats, the majority of people, no matter their political ideology, seemed to believe what happened Wednesday was “a disgrace.”

For 37-year-old Wilberto Pastrana, the first thing he felt was shame for the country when he found out what was happening in the nation’s capital.

“It’s pitiful,” Pastrana said. “Just because people have different opinions doesn’t give us the right to do (that). We’re showing other countries worldwide America is basically falling apart.”

On Thursday morning, Trump released a statement saying the transfer of power would be orderly despite his objection to the results of the election. Pastrana doesn’t believe that for a second.

“He’s a hypocrite,” said Pastrana. “He says something and does a different thing.”

Stephen Thomas, on the other hand, does believe the president. He felt that Wednesday was a culmination of the nationwide unrest that seemingly dominated 2020. But now, Thomas said, Trump knows things have gone too far.

'What else could I do?' NJ Rep. Kim helps clean up Capitol

Water bottles, clothing, Trump flags, even a U.S. flag littered the ground inside the U.S. C…

“(The rioters) crossed a really big line. If they’re going to do that, actually climbing the walls and getting into the (Capitol), they are going to do anything they can (for Trump).”

Donna and Pat Mulrane were visiting Cape May on Thursday from Toms River. The couple support Trump but said the president should accept the outcome of the election.

“I’m a Trump supporter, but I think he’s kind of pushing the edge now,” added Pat Mulrane, 73. “Accept that you were defeated. I know he felt he was being cheated and everything, but what can you do? I think you’d be better off just accepting it and then coming back and trying to win the election in four years.”

Pat also didn’t agree with Trump’s response to the protests, saying he could have done more.

“It could have been a little bit stronger about the violence, being against it and telling people more than just go home,” he said. “This is not what we should represent. It should have been stronger in that respect.”

Marcia Green, 75, who was visiting Cape May from North Jersey, was walking her dog, Lulu, near the Washington Street Mall in Cape May.

She doesn’t believe all of the people who stormed the Capitol were Trump supporters.

“I was in one of the (Trump) boat parades down here, and the people I met on the boat parade would not have done what happened yesterday,” she said Thursday. “I think it was disgusting. I think it was a horrible thing to happen, especially in the transition period.”

Like the Mulranes, she believed Trump should have responded better.

“I have questions about the election, however, I think that in the scheme of things nothing was going to really change it, but it was apparent,” she said. “Let it go. I think it should have been let go a little while ago.”

Ralph Pazquez, of Newfield, Gloucester County, drove down to Cape May for the day. He described the attack on the Capitol as scary. He said he doesn’t trust Trump.

“They should invoke the 25th Amendment,” Pazquez said. “In 13 days he could put this country in war.”

He’s also worried more unrest may happen in the lead-up to Inauguration Day, Jan. 20, but he thinks authorities will be prepared this time.

With Biden coming into office, Pazquez believes tensions will calm down.

For Leonard Guthrie Jr., Wednesday afternoon in Washington, D.C., was meant to be about restoration and revival.

SOUTH RIVER — From his early days growing up in a New Jersey hamlet, Brian Sicknick wanted to be a police officer.

ATLANTIC CITY — The Police Department will send 20 of its officers to Washington, D.C., next week to assist with Inauguration Day security.

How are South Jersey teachers talking to students about the riot at the U.S. Capitol?

Pat and Donna Mulrane, of Toms River, say the president should accept the outcome of the election.

Stephen Thomas, 70, of Atlantic City, says Wednesday's attack on the Capitol was a culmination of the nationwide unrest that seemingly dominated 2020.

Wilberto Pastrana, 37, of Atlantic City, says the first thing he felt was shame for the country when he found out what was happening in the nation’s capital.

Marcia Green, 75, with her dog, Lulu, says the Trump supporters she's met were not the kind of people who would attempt to storm the Capitol.

Ralph Pazquez, of Newfield, described the attack on the Capitol as scary and said he doesn't trust Trump. 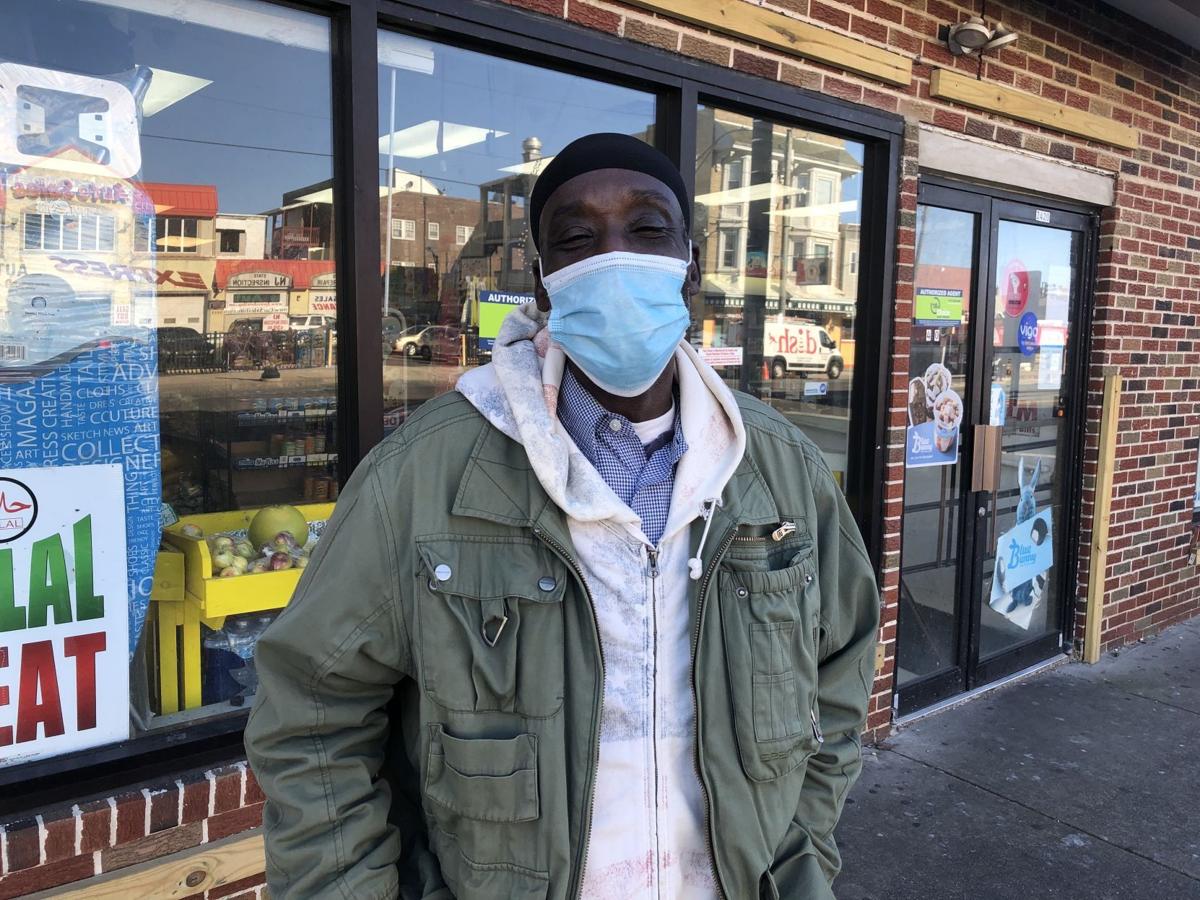