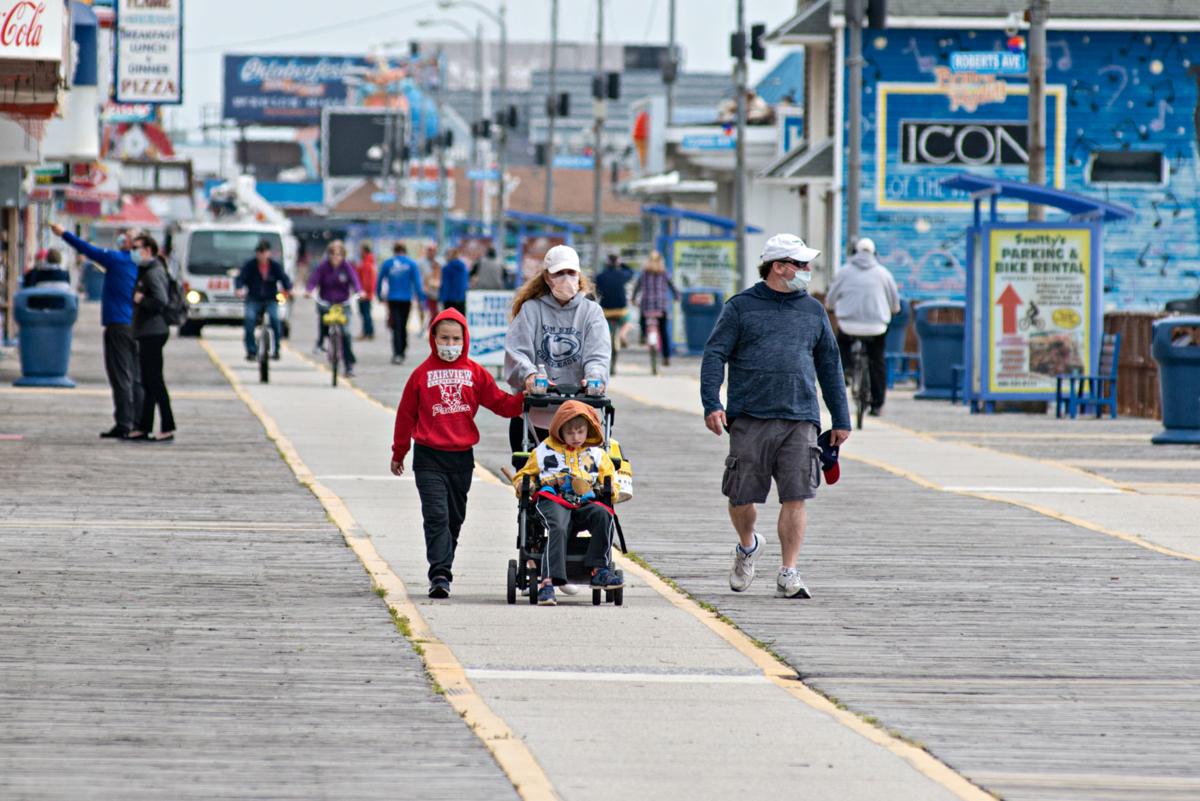 On May 8th, Beaches in Avalon and Stone Harbor as well as the Boardwalk in Wildwood were opened back up to the public for passive recreation. Wildwood Boardwalk was full of bikers and people out for a stroll. 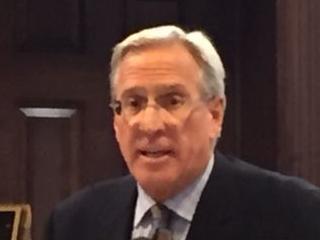 Cape May County Freeholder Will Morey tried to prevent a censure vote against Freeholder E. Marie Hayes at Tuesday night's meeting, instead offering the option of mediation by a retired judge, but was unsuccessful.

As Memorial Day weekend creeps closer and closer, South Jersey government and business officials are waiting for the go-ahead to reopen for summer tourism after losing a shoulder season to the COVID-19 pandemic.

But exactly how soon a reopening will happen and what it will look like remains to be seen, as restrictions have started to ease on parks, golf courses and nonessential retail, and beaches are set to open for the upcoming holiday.

“If you lose a couple weekends to rain, your bottom line is seriously compromised. But, right now, you might lose Memorial Day and maybe even the Fourth of July if it keeps going,” Atlantic County Executive Dennis Levinson said. “The solution to this is not to form another task force. Just with a stroke of a pen, the governor could let the small mom and pop shops open their doors.”

But while Gov. Phil Murphy has repeatedly said reopening the state is not going to happen like the flip of a light switch, experts say the financial ramifications of keeping South Jersey businesses closed much longer would be devastating.

Officials in Atlantic and Cape May counties have both submitted their recommendations to the state, underscoring how the loss of revenue by small and seasonal businesses has already taken a toll on the local economy, and continued restrictions could prove to have dire effects well after the pandemic has subsided.

Since officials now know more about what is effective to stem the spread of the new coronavirus, and hospital capacity has recovered since the peak last month, Cape May County Freeholder Will Morey said officials are equipped to move forward in a way that they weren’t two months ago, noting that “direction is more important than speed sometimes.”

While Atlantic County officials are urging a reopening for businesses as soon as possible, leaders in Cape May have stuck to a phasing-in approach, focusing on salvaging as much of the season as possible. But, at least one expert says that a loss of the holiday weekend would be devastating to the local economy, forcing many out of business altogether.

Gov. Phil Murphy has been teasing this week that he could give a timeline for reopening the state as the new coronavirus statistics begin to improve, including guidance on beaches and elective surgeries.

He said Thursday that beaches would be open for Memorial Day, but municipal officials would have to establish capacity limits and other restrictions.

However, during Murphy’s daily briefings this week, he said that there would be no drastic, overnight changes to the current stay-at-home orders and the restrictions on businesses.

“I think we run the risk of presenting an on/off switch, which is not going to happen,” Murphy said Tuesday. “There’s not going to be one magic day where everything is open. We’re going to take a series of incremental steps.”

He noted that communities across the country are taking an economic hit this month, not just the state or the Jersey Shore.

“Can we take some steps that will mitigate that hit? And, as I mentioned the other day, it won’t be the old normal, but can we get some semblance of a new normal on the shore by the time Memorial Day weekend comes around?” Murphy asked. “I’m going to say yes. But that’s not to say that we’re still not going to take an economic hit, that stuff still won’t be closed and my heart is broken over it, but, again, that’s not unique to the shore. That’s everywhere in the state, everywhere in this country.”

South Jersey has already seen the economic impact of the pandemic and it will only worsen as restrictions stay in place, said Michael Busler, professor of finance and finance program coordinator at Stockton University.

“I understand Gov. Murphy is in a difficult situation. He’s in a no-win situation. If we opening too early, the numbers of cases and fatalities go up, but if he opens too late, there will be economic devastation,” Busler said. “When you’re in a no-win situation, all you can do is pick the option that gives you less losses. And if they don’t open before Memorial Day, the effects on small businesses will be devastating.”

The shoulder season accounts for about 10% of revenue for local businesses, Busler explained, and even when businesses are allowed to open, they will most likely have to restrict capacity, further cutting profits and driving up losses to between 30% and 50%.

“The economic consequences are far worse I think than the consequences of the disease are,” he said, noting that he’d like to see a reopening Friday, giving businesses a week to prepare for the holiday. “It’s a legitimate worry, but if you’re worried, don’t come. Let those people who feel comfortable, let them come. You don’t need the government to tell you what you can and can’t do.”

Levinson said he’s been fielding calls from business owners about the inequality in the restrictions that allow big box retailers to stay open while smaller businesses were shuttered for weeks.

“The idea that Target is essential and a small jewelry shop or dress shop can’t open when the big stores, the national stores, can sell all those goods, it’s just not fair,” Levinson said, adding that officials have found about 30% of small businesses might not reopen at all. “They are no more responsible in these big box stores than in the small mom and pops. It’s fundamentally unfair that, arbitrarily, you keep these big places open while the small guy is dying.”

Morey said county officials are collecting resources of protocols for businesses when they are allowed to reopen as they try to help state officials establish an orderly opening.

“It’s having an economic impact, but we’ve got to keep our eye on the ball,” Morey said. “The real ball is June, July and August and making sure we have a post-season as well. And, unfortunately, there’s no one right answer here. The only one right answer is work together, be cautious and move forward.”

Where does New Jersey stand with its reopening plan?

Tuesday should have been one of the simplest of Election Days in Atlantic and Cape May counties, with only three municipalities in the region …

It’s not a question of public safety vs. economic health, according to Freeholder Will Morey.

ATLANTIC CITY — The Boardwalk was quiet Tuesday afternoon. No more than a half-dozen people were seen in a one-block radius. And on the beach,…

On May 8th, Beaches in Avalon and Stone Harbor as well as the Boardwalk in Wildwood were opened back up to the public for passive recreation. Wildwood Boardwalk was full of bikers and people out for a stroll.

Cape May County Freeholder Will Morey tried to prevent a censure vote against Freeholder E. Marie Hayes at Tuesday night's meeting, instead offering the option of mediation by a retired judge, but was unsuccessful.