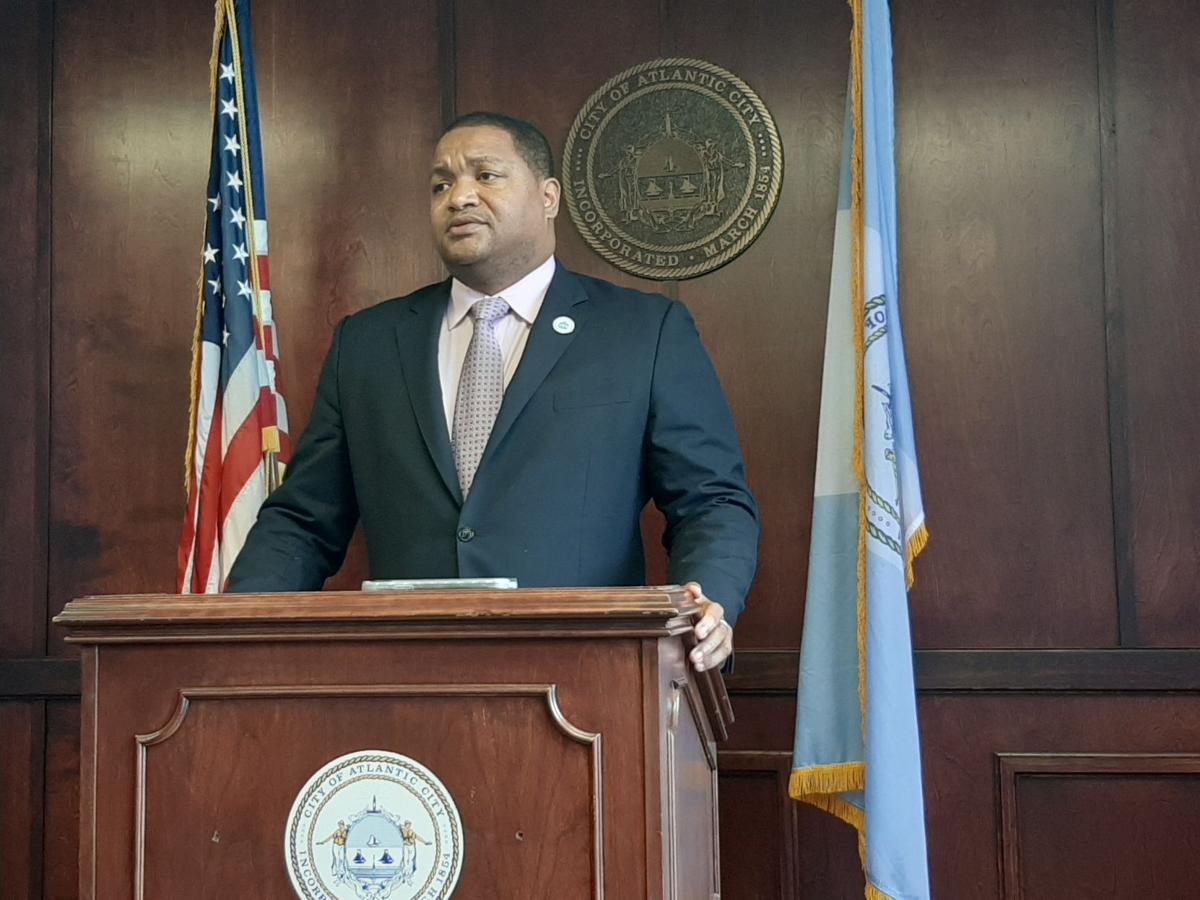 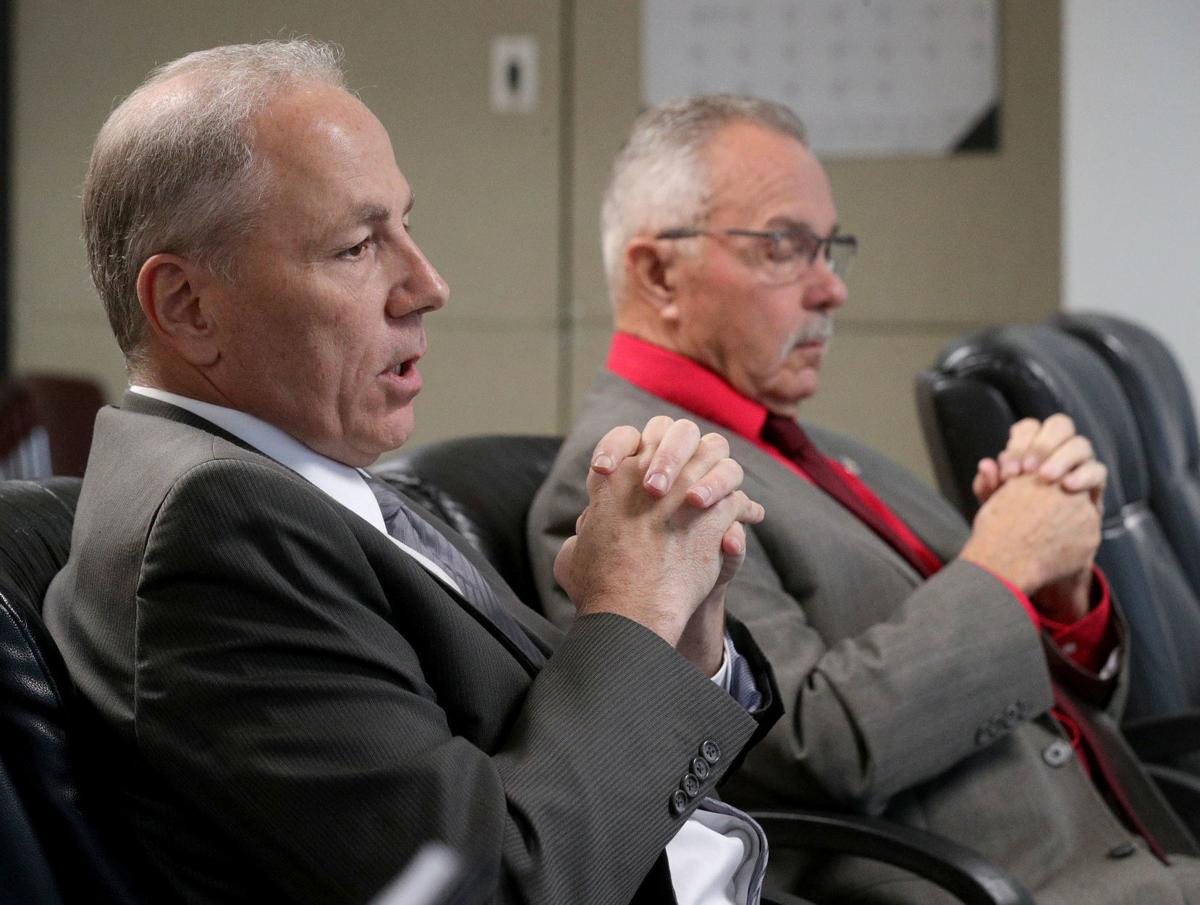 Assemblymen Vincent Mazzeo, left, and John Armato in October at an editorial board meeting at The Press of Atlantic City. 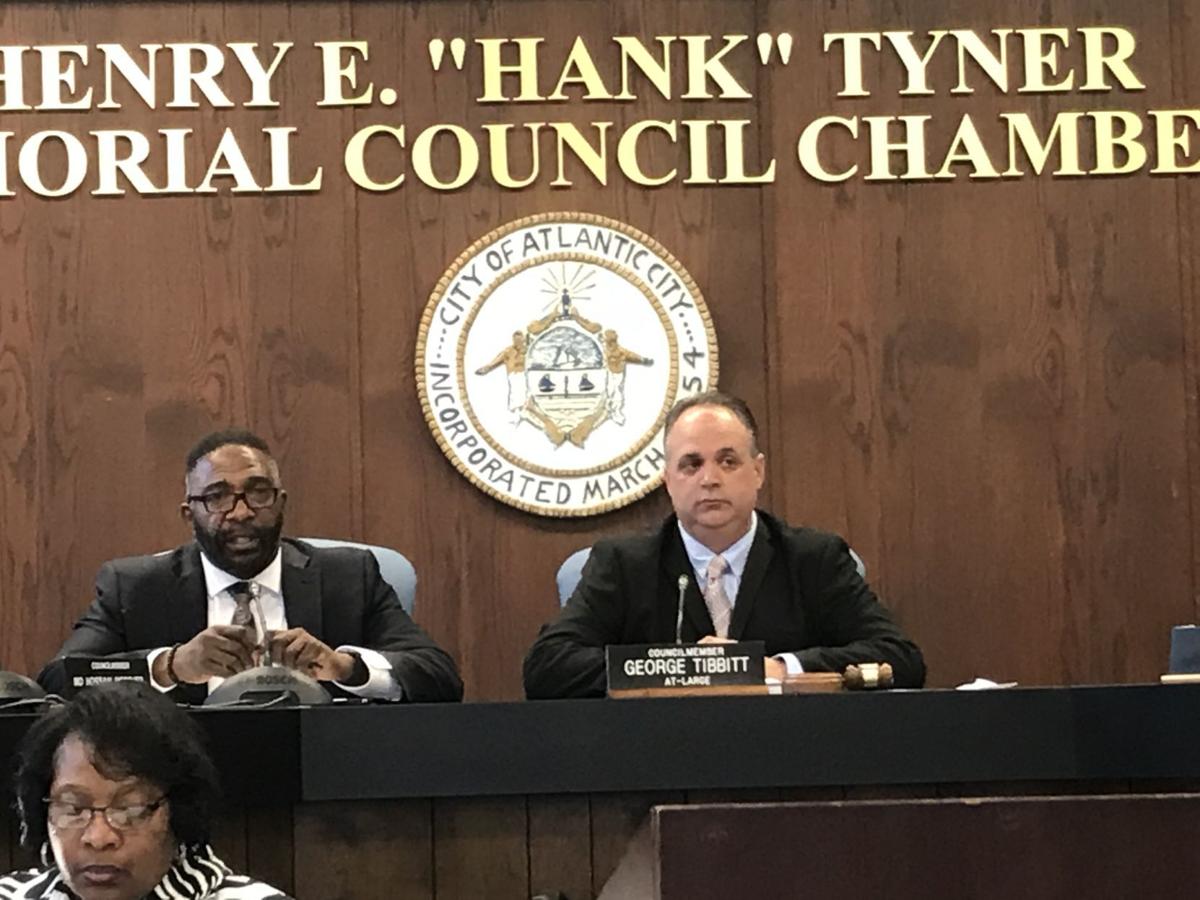 “Marty Small stepped up as mayor of Atlantic City after Gilliam left another black eye on the city government,” Mazzeo said in a joint statement from the two state representatives. “Marty took on the role of mayor with positivity and vision; something the city desperately needed.”

Armato said Small has “aimed to make Atlantic City government transparent and responsible,” since being sworn in.

“In just a small amount of time, he has changed the internal attitude of City Hall from a bleak sight into an office that is proud to serve the residents of Atlantic City,” he said.

Tibbitt has worked with Small for nearly 15 years but said he “gained a lot of respect for him” after the two walked door-to-door working to defeat the change of government referendum that was voted down Tuesday.

Tibbitt also commended Small’s leadership during the COVID-19 pandemic, in which the mayor secured two coronavirus testing sites for residents and implemented a senior feeding program with funding from the Casino Reinvestment Development Authority.

“I think he’s more than earned the right of an opportunity to the one-year term as mayor,” Tibbitt said. “I’m going to be fair and support him because he’s earned it.”

Thomas-Fields responded Thursday, saying she was “not surprised by the endorsement of the two Assemblyman for our incumbent, interim mayor.” She later added, “This hollow endorsement only serves to connect my opponent to the corruption and backdoor deals that have plagued this city for decades.”

“The unfortunate reality is they are financed by the same forces that attempted to hijack our local government,” Thomas-Fields said. “Their silence on the change of government referendum and complete lack of support for the ‘No Vote’ speaks volumes on their complacency with the status quo.”

Road paving to cause lane shifts in Galloway starting Friday

Gov. Phil Murphy announced Friday elective surgeries and other invasive procedures can resume in the state this month.

EGG HARBOR TOWNSHIP — An Atlantic County road resurfacing project next week will cause lane shifts on a portion of Delilah Road.

ATLANTIC CITY — Vowing to be the voice of change for residents and businesses in a post-COVID-19 world, James “Jimmy” Whitehead formally annou…

ATLANTIC CITY — The first of two city testing sites for the new coronavirus opened Tuesday, and the second location is scheduled to welcome re…

Assemblymen Vincent Mazzeo, left, and John Armato in October at an editorial board meeting at The Press of Atlantic City.