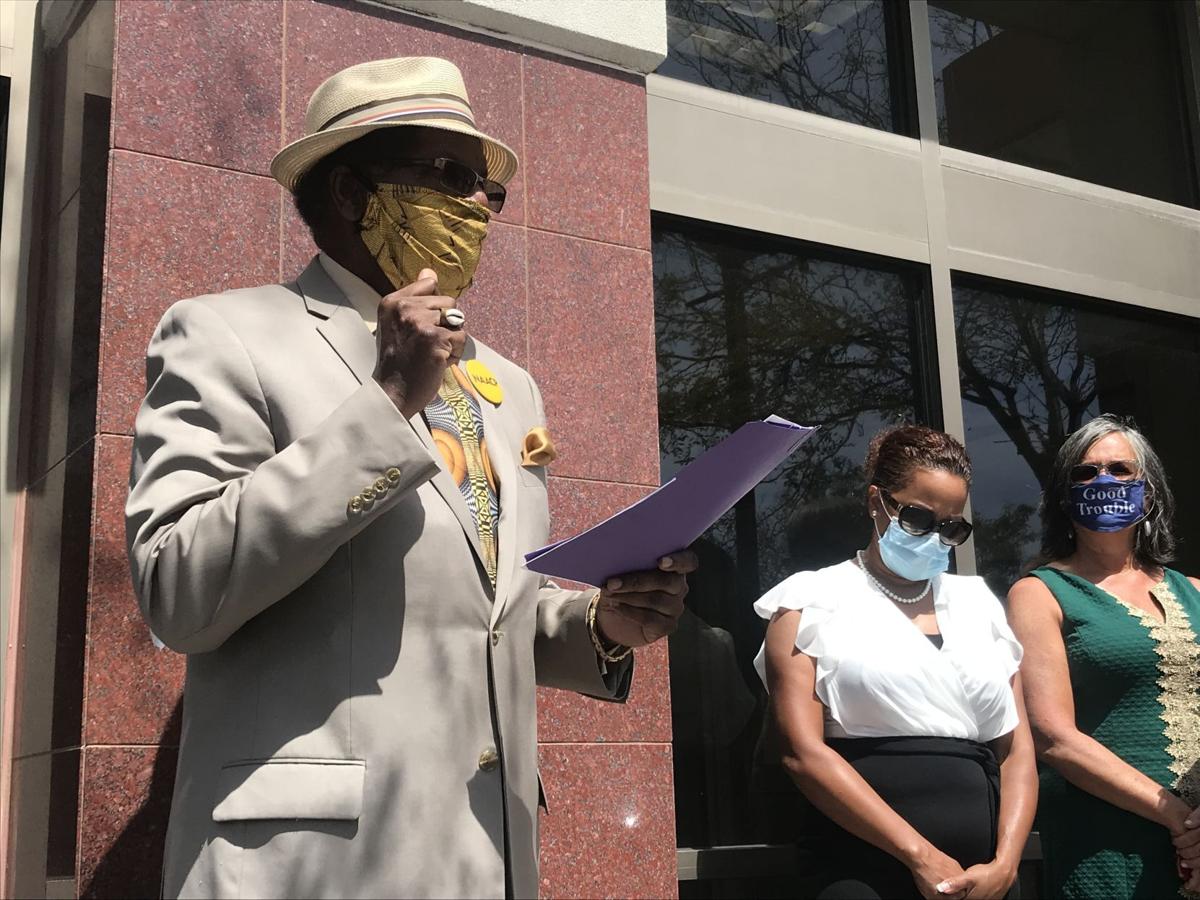 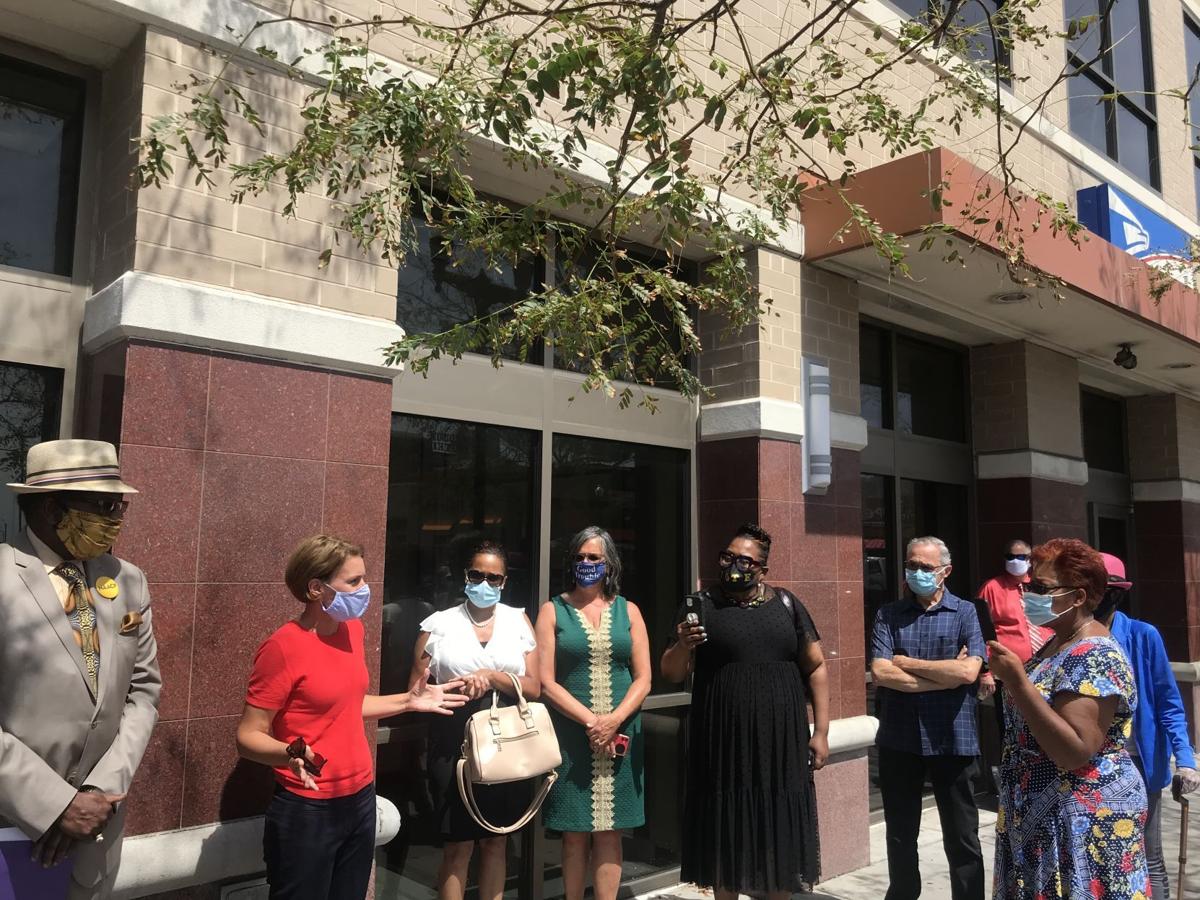 Democratic congressional candidate Amy Kennedy, second from left in red shirt, speaks alongside other local leaders in calling for support of the U.S. Postal Service outside the post office in Atlantic City on Thursday, Aug. 20, 2020. 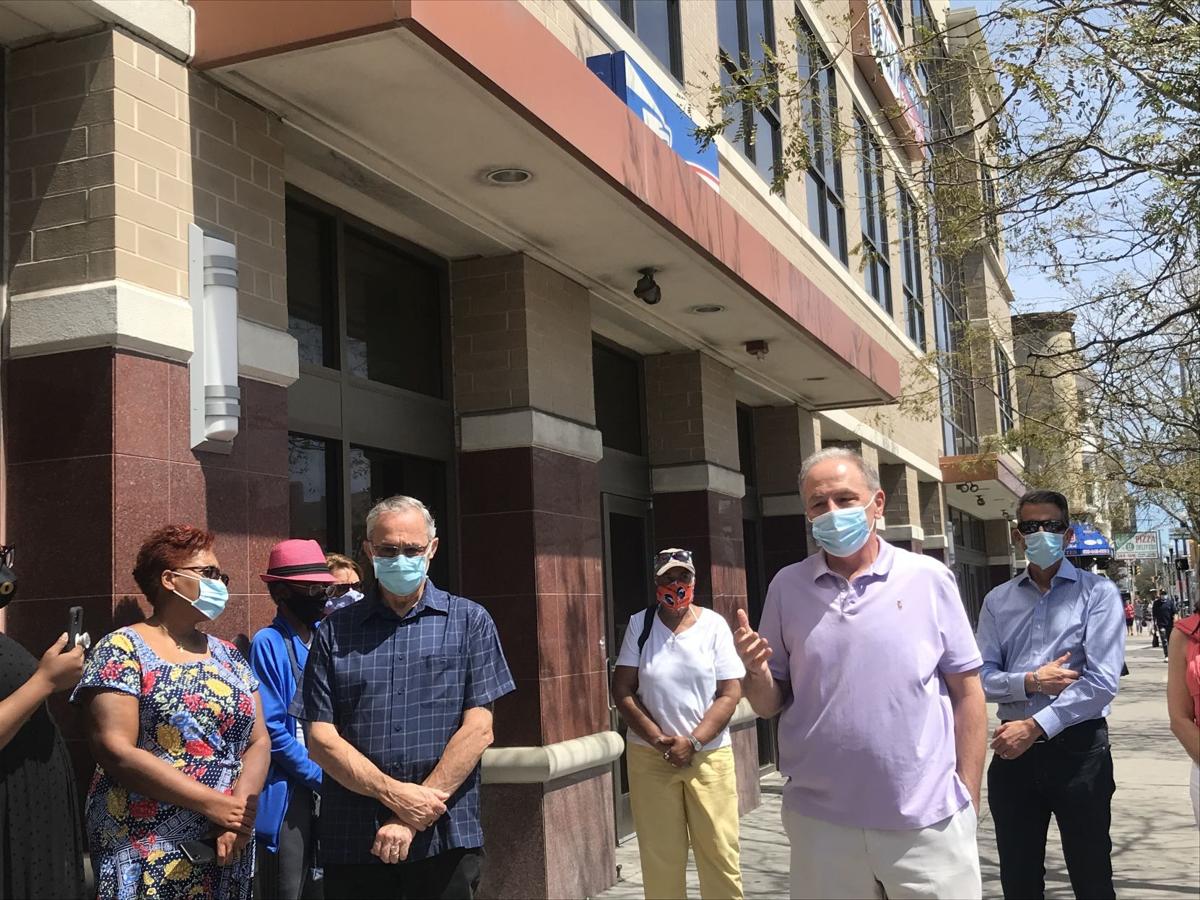 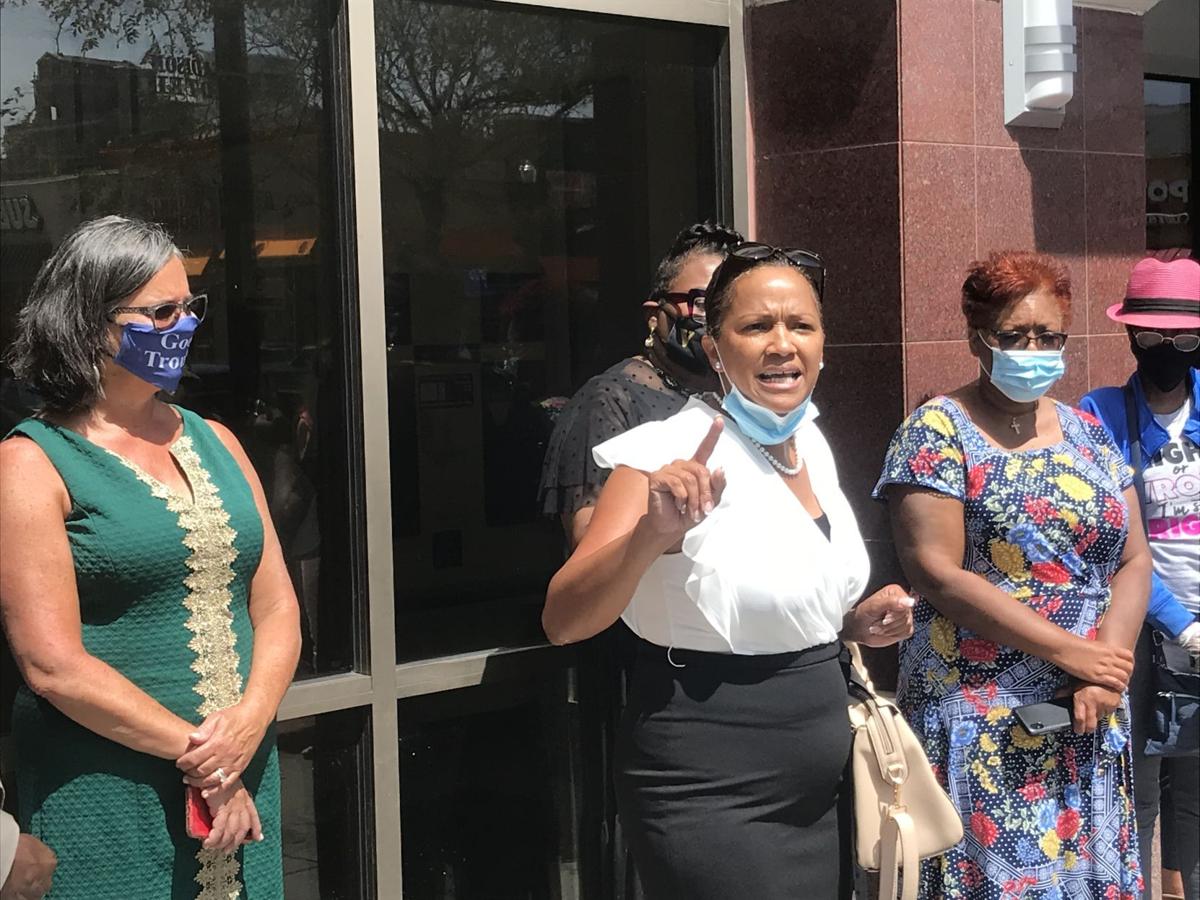 ATLANTIC CITY — Local leaders gathered outside the U.S. Post Office on Atlantic Avenue on Thursday afternoon and urged universal support for the beleaguered Postal Service ahead of an Election Day where millions of Americans will be casting their votes by mail.

“In the midst of a pandemic, the need for a properly functioning Postal Service is clearly evident,” Shabazz said. “Our citizens need the post office.”

“Whether it’s medication, food, important correspondence, or a card for a special occasion, the post office touches us all,” he said. “The post office must be allowed to operate in a manner that enables Americans to benefit from the office as referenced in the Constitution. Anything less endangers the good order of our nation.”

The USPS, under recently appointed Postmaster General Louis DeJoy, has undertaken a series of cost-cutting measures since June, reportedly at the behest of President Donald Trump. Collection boxes and mail-sorting machines around the country have been removed, creating doubt and concern that the Postal Service can adequately handle the 2020 election.

The USPS warned election officials in 46 states — including New Jersey — that mail-in ballots may not be delivered on time.

Gov. Phil Murphy issued an executive order that the Nov. 3 General Election in New Jersey will be conducted primarily via vote-by-mail with provisional ballots available at a limited number of polling places.

The U.S. House of Representatives will vote Saturday on a $25 billion aid package for the Postal Service. The U.S. Senate is not expected to support the legislation and, reportedly, favors a $10 billion allocation to the USPS as part of a larger COVID-19 package.

Outside the Atlantic City post office Thursday, the local delegation of elected officials and candidates — all Democrats — called on the region’s federal representatives to vote in favor of legislation that supports the Postal Service. Shabazz said local Republican officials were invited.

Kennedy, the challenger to Republican U.S. Congressman Jeff Van Drew in the 2nd Congressional District, talked about her great uncle, a mail carrier in Atlantic County and his “commitment” to serve the public, even during sickness and injuries.

“It’s so crucial — that lifeline, that he provided, that so many of those working today are providing — for our families,” she said. “Whether it’s the communication, or the medicines, or the employment of veterans, that is really essential to the fabric of our country, and we need to be there to support them.”

The security and validity of mail-in ballots are frequently called into question, but there is little evidence of widespread fraud or malicious activity. Still, the contingent of officials in Atlantic City on Thursday presented two alternatives for those who are concerned — use a county secured dropbox or cast a provisional ballot in person on Election Day.

Fitzpatrick said there were five locked dropboxes located throughout the county for July’s primary. She said there would be 13 such containers for the general election, all of which are video monitored 24 hours a day and whose contents will be collected by county officials.

Armato, an Air Force veteran, said the mail is vital to retired military members who receive medication and other essentials via the post office. He called the recent cuts to the post office and their impact on service quality “unacceptable.”

Armato quipped that if the post office can deliver “1.3 billion Christmas cards, I’m sure we can handle 100 million,” votes.

Gov. Phil Murphy announced Friday that the state Department of Health is setting up mobile testing sites at senior housing facilities across t…

Road work slated for Monday on Lafayette Street in Cape May

CAPE MAY — Construction and road work will cause a portion of Lafayette Street to close Monday, police said.

An Egg Harbor Township man died Aug. 16 after a rollover crash in Montana that also left his wife injured.

How your lawmakers voted on Saturday's Postal Service legislation

Shoring up postal service: Voting 257-150, the House on Saturday passed a bill (HR 8015) that would prohibit the U.S. Postal Service from redu…

With RNC speech, Trump gives Jeff Van Drew another reward for his 'loyalty' and 'courage'

TRENTON — “Bring it on,” Gov. Phil Murphy said Wednesday of a lawsuit filed by the reelection campaign of President Donald J. Trump, challengi…

Democratic congressional candidate Amy Kennedy, second from left in red shirt, speaks alongside other local leaders in calling for support of the U.S. Postal Service outside the post office in Atlantic City on Thursday, Aug. 20, 2020.