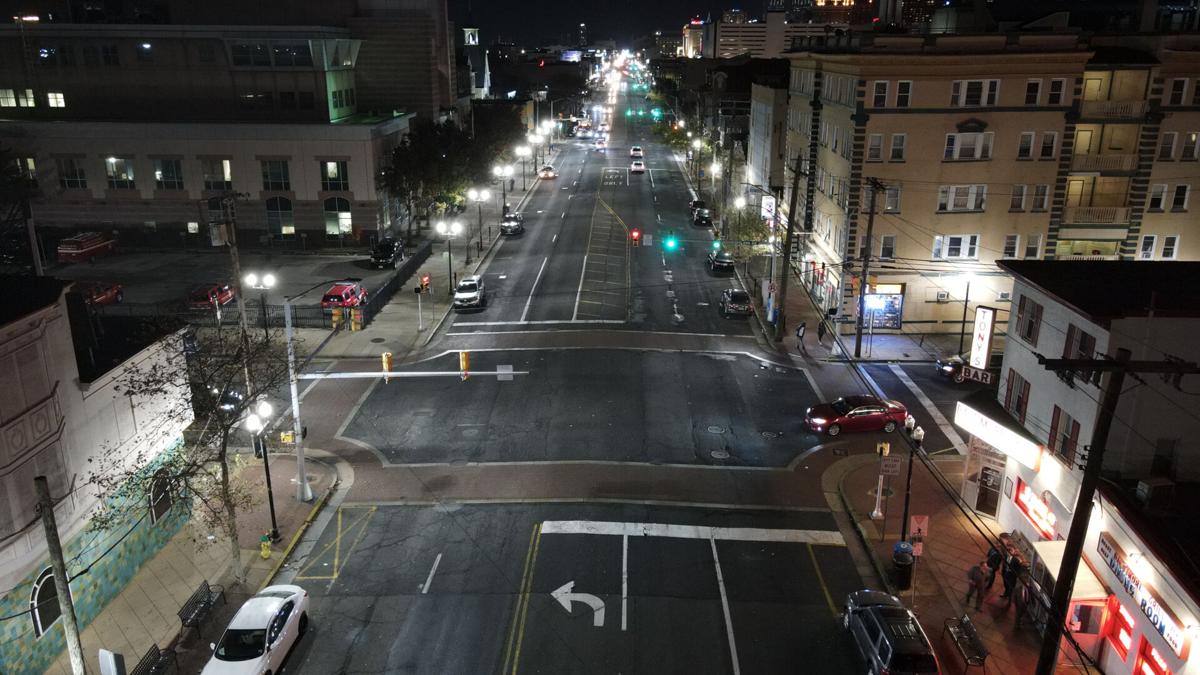 City Council has awarded a $4.5 million contract for Phase 1 of a plan that would lessen vehicle traffic and speed on Atlantic Avenue in Atlantic City by reducing the four-lane road into two lanes for motor vehicles. 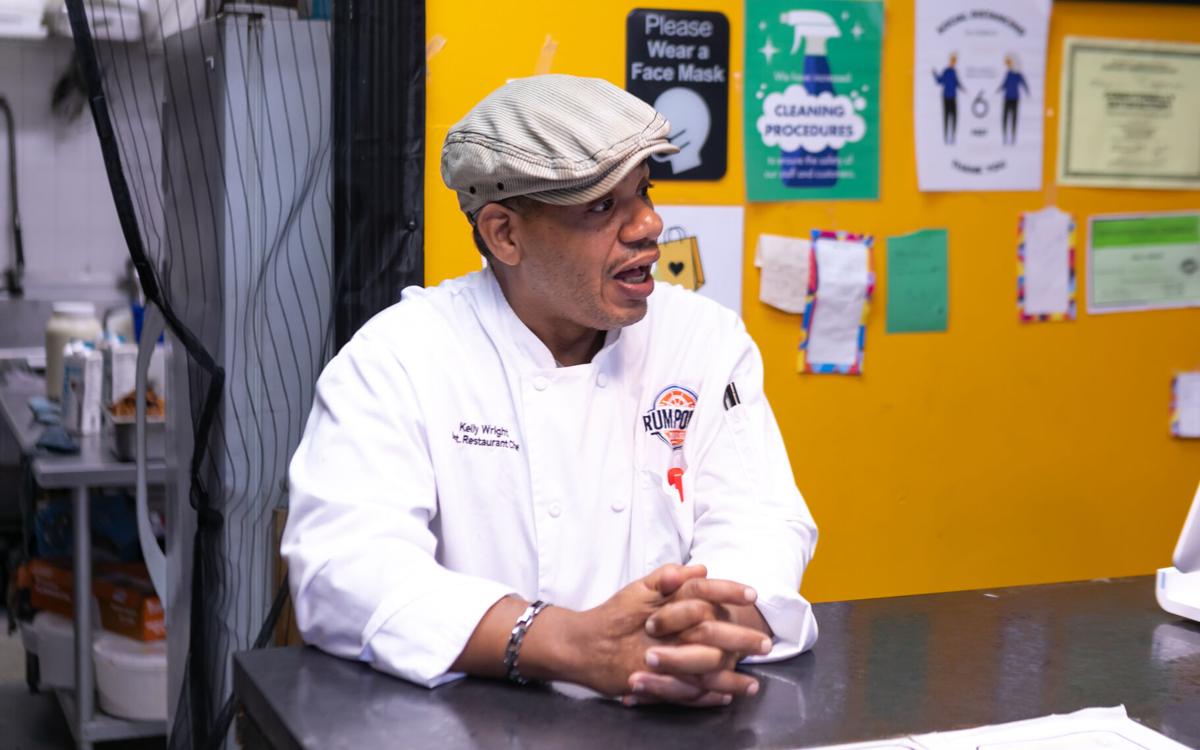 Kelly Wright, owner of Ahkii Soul Food on Atlantic Avenue, says “in the winter (the road diet plan) might work, but in the summertime it won’t.” 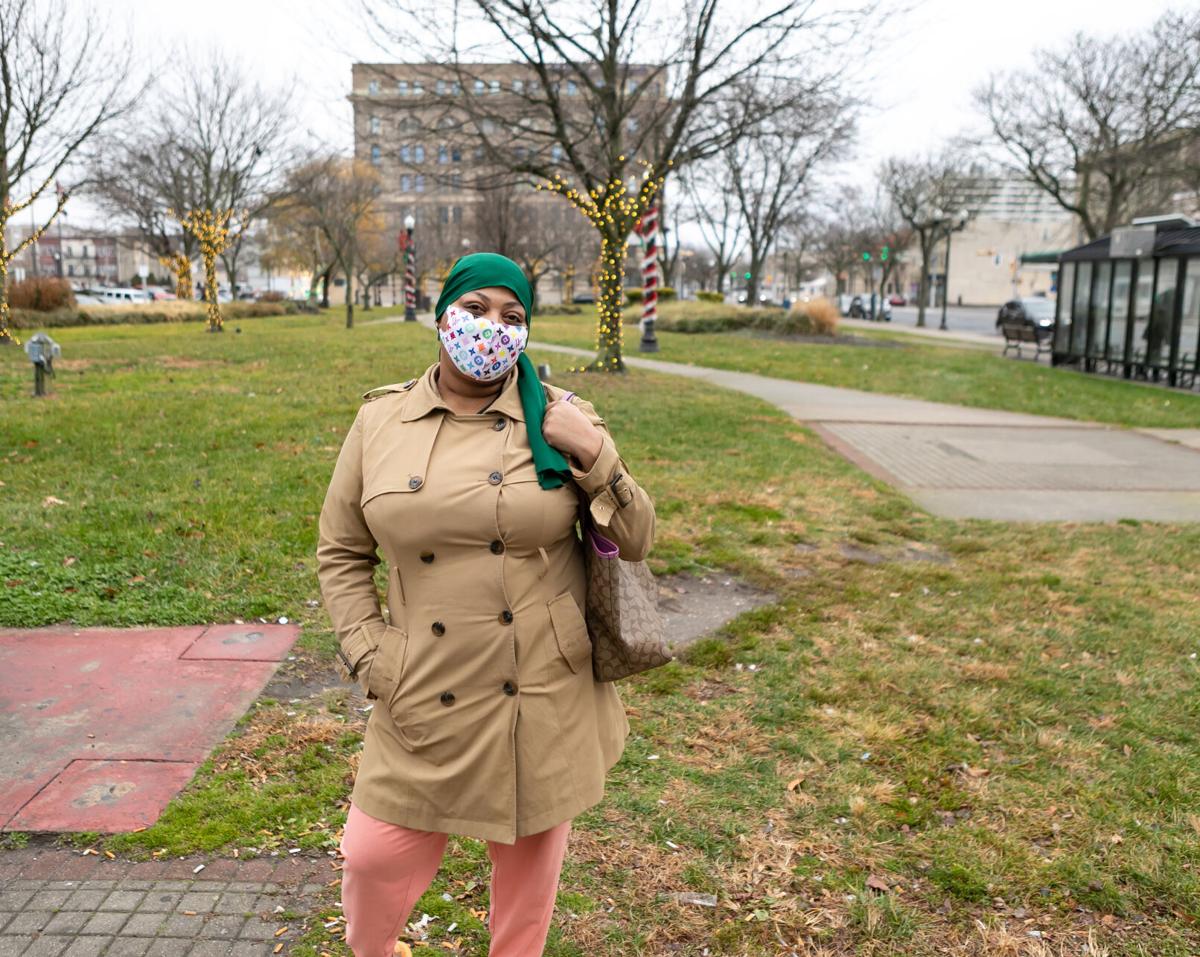 Lashanda Langston, 41, says the city needs to focus more on roads. "I think it would make our city look more decent. It's better for the people who live here and the tourists." 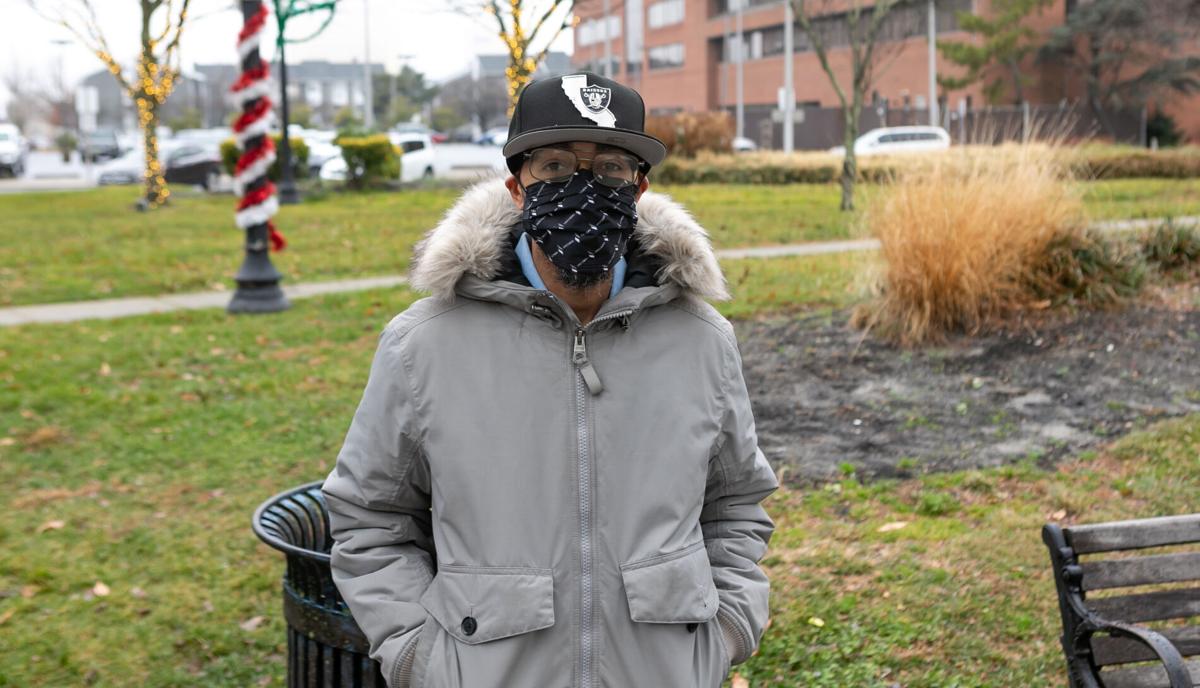 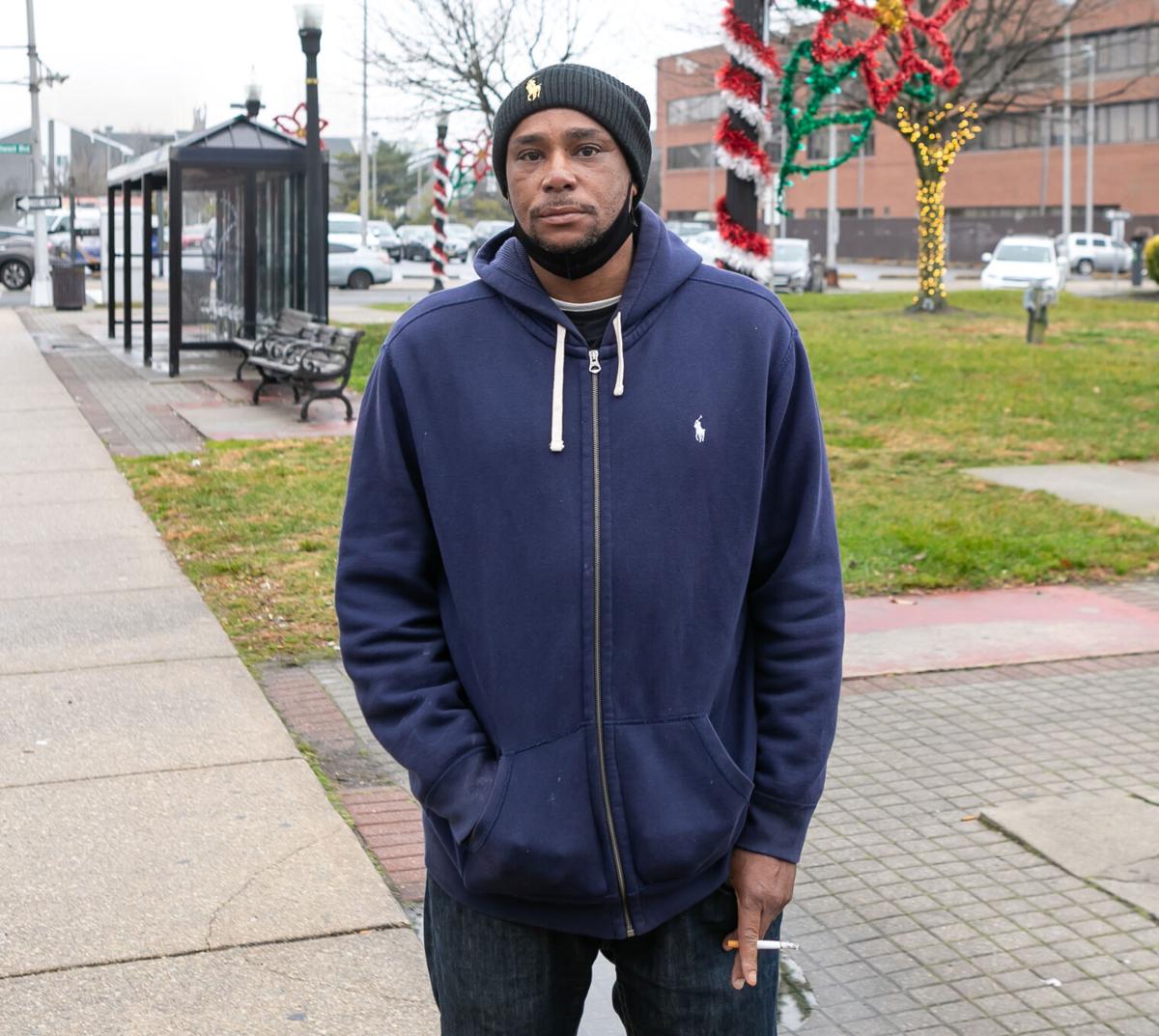 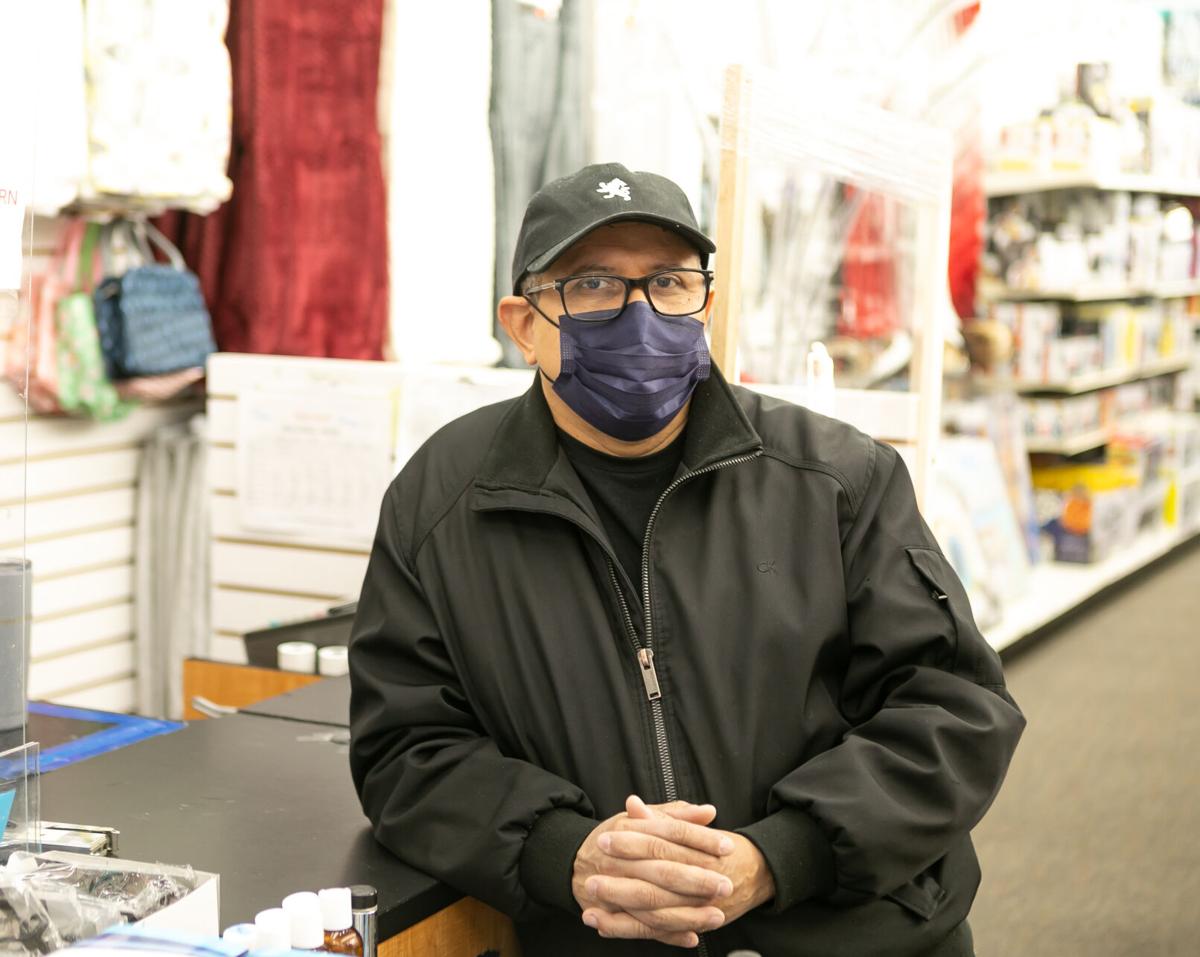 ATLANTIC CITY — As he waited for his bus at the intersection of South Carolina and Atlantic avenues, Arnold Roberts III recently said he is glad to see the city focusing on neglected Atlantic Avenue.

“The roads should be one of the main focuses here,” said Roberts, 43, who primarily takes public transit. “With so much traffic in Atlantic City, it’s needed.”

City Council on Dec. 29 awarded a $4.5 million contract for Phase 1 of a proposed “road diet” plan that would lessen vehicle traffic and speed by reducing the four-lane road into two lanes for motor vehicles. The road would be repaved, new curbing and lighting installed, and a bike lane and parking would be created on each side.

It’s an attempt to make the street safer for drivers and pedestrians, and make it easier to park and use bikes for transport, Mayor Marty Small Sr. has said.

The contract for work from Maine Avenue in the Inlet to Tennessee Avenue at the public library went to Charles Marandino LLC of Milmay on Dec. 29, but left Atlantic City with mixed feelings.

“In the wintertime it might work, but in the summertime it won’t,” said Kelly Wright, 51, owner of Ahkii’s Soul Food on Atlantic Avenue. His business sits where the project will start.

Wright said maybe with a lot of turn lanes, the road diet could work.

“I can see it now. People stuck at lights and popping U-turns instead of waiting to get to the corner,” Wright said.

Lashanda Langston, 41, said the city needed to focus more on roads and residential streets, and she appreciates the city’s new approach.

“I see the city is trying new things, doing something new to try to fix the problem,” said Langston, who was coming off a bus at South Carolina Avenue. She also mentioned that old tactics to fix the issue were not working.

“I think it would make our city look more decent. It’s better for the people who live here and the tourists,” Langston said.

Other Atlantic City residents, like Charles Brogden, 25, don’t believe there is a traffic problem.

“I drive in the city every day, and I don’t think there’s a traffic issue. There’s barely anyone here,” he said.

Brogden said he wants the city to focus on other issues instead of traffic.

“This is Atlantic City, not New York City. It might work in other cities, but it won’t work here,” Brogden said. “We should be focusing on the drug issue and fixing different neighborhoods of the city.”

Many agreed there were other issues the city should be addressing.

“We need to focus on more things for the kids,” said Langston, who noted Atlantic City used to have a movie theatre, bowling alley and other family friendly attractions. “We have a lot of casinos and money, so we should be able to.”

Supporters, including the mayor, say the road diet would make it safer for pedestrians to cross Atlantic Avenue, the site of many pedestrian fatalities over the years. The city engineer says it is one of the state’s most dangerous roads.

“I think that’s crazy. It won’t work,” said Adam Sanler, 27, from Ocean County. “If they make the lanes smaller, the traffic will become greater.”

“The city should be focusing more on the drug problem, homelessness and everything else,” he said.

Council, while approving the first stage, was divided over whether the plan would work for the stretch of Maine to Albany avenues.

Sixth Ward Councilman Jesse Kurtz voted in favor, but said he would not support Phase 3 in his Chelsea ward.

John Grant, 56, thinks the traffic issue is caused by the lack of transportation to the city and people having to drive instead.

“Traffic’s gotten bad because there’s no more casino buses. The casinos used to have seven or eight buses. The Greyhound used to run every hour,” said Grant, who was waiting at a bus stop at Sovereign Avenue.

“I also think because of the pandemic more people moved to Atlantic City, so we have more people now,” Grant said.

Some residents hadn’t heard much about the plan yet.

Joseph Dispoto, 37, thought a road diet was some sort of food diet.

“I’ve never heard of it, but there’s already a lot of road work being done on Atlantic,” Dispoto said. “I definitely think the roads need to be redone. I walk down the sidewalk and almost break my ankles every time.”

Luis Silva, 55, who didn’t know about the road diet plan, said the main issue in Atlantic City isn’t just the traffic, but the streets and the people driving.

“Traffic is terrible right now, especially with two lanes (in each direction),” said Silva, who works at DeAvenue Home Decor on Atlantic Avenue. “The main issues now are how people drive and the state of the roads. With how everything is right now, fixing the roads would help tremendously.”

Watch a video interview with an Atlantic City business owner about the plans for Atlantic Avenue at PressofAC.com.

City Council has awarded a $4.5 million contract for Phase 1 of a plan that would lessen vehicle traffic and speed on Atlantic Avenue in Atlantic City by reducing the four-lane road into two lanes for motor vehicles.

Kelly Wright, owner of Ahkii Soul Food on Atlantic Avenue, says “in the winter (the road diet plan) might work, but in the summertime it won’t.”

Lashanda Langston, 41, says the city needs to focus more on roads. "I think it would make our city look more decent. It's better for the people who live here and the tourists."