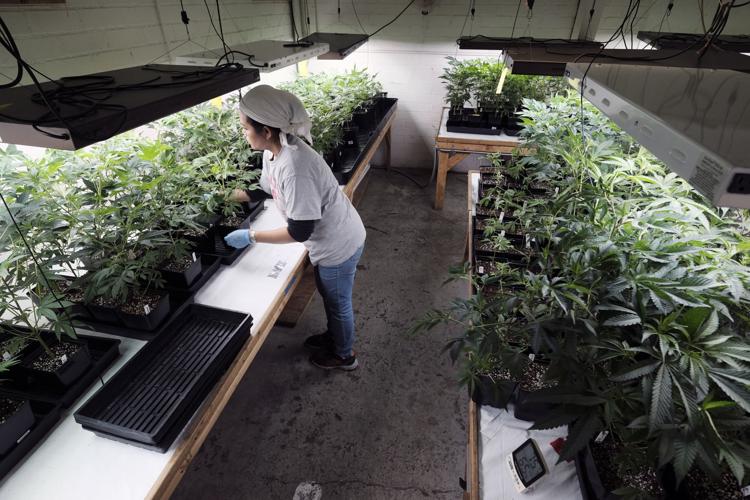 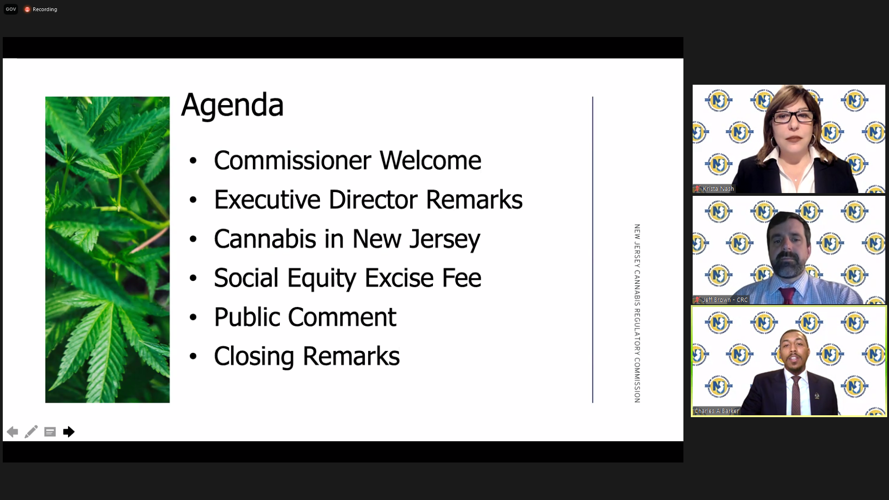 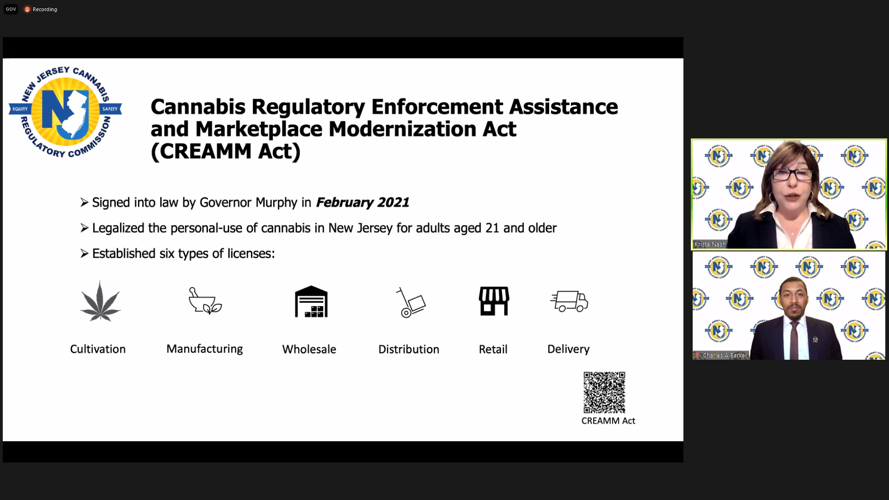 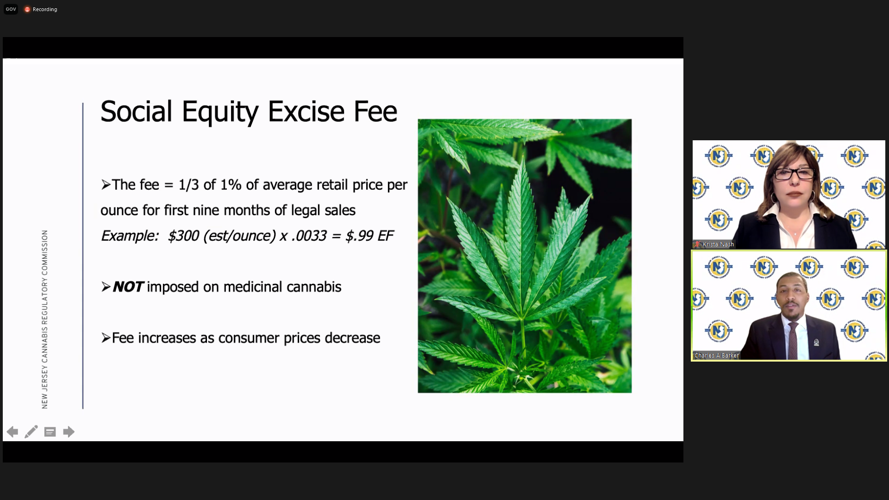 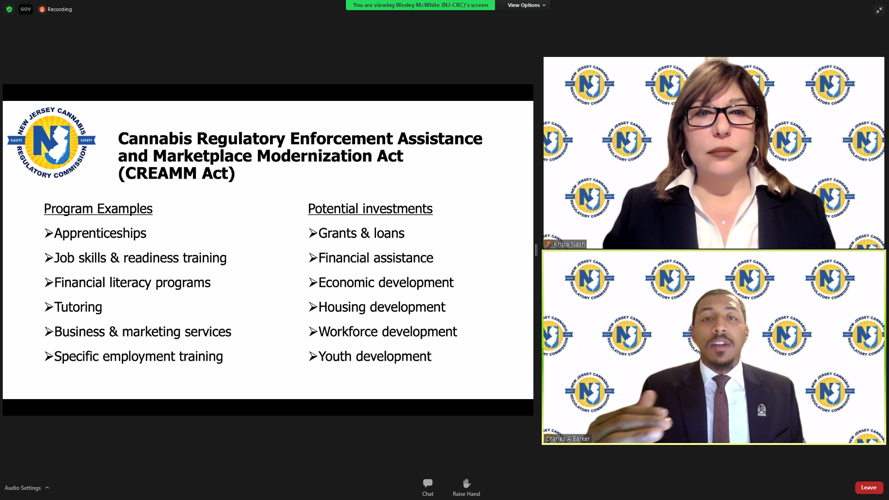 As the state gets closer to getting its recreational cannabis market up and running, New Jersey’s Cannabis Regulatory Commission held a series of hearings seeking input on where to spend the new tax revenue the market will generate.

At the South Jersey hearing last week, residents and advocates called for more spending on education, social programs and on multiple other possibilities.

Speakers also said where they did not want the money going. Some of the most emphatic pleas at the meeting Wednesday boiled down to: “Don’t give it to the cops.”

As municipalities discussed the potential impact of legalization over the past several years, the increased expense of enforcement has been raised repeatedly.

The New Jersey League of Municipalities, which does not take a position of legalization, cites several areas where legal cannabis will cost towns money, including the cost of more training for police officers and of checking drivers for sobriety for a substance that will not show up on a breath test designed for alcohol.

But over the course of nearly two hours, multiple speakers called for the state to increase spending on education, housing aid, increased mental health services, direct aid to poor and minority communities and multiple other possibilities, with many speakers specifying that they would not want any spent on police.

“I believe that these funds should go directly to socially and economically disadvantaged communities that have been the most harmed by the war on drugs,” Rev. Bryan McCallister said at the hearing. “I believe we are in fact taking a step backward if these funds were to go to law enforcement.”

Several other speakers made similar comments.

This was the last of three hearings held this month to help the Cannabis Regulatory Commission prepare a recommendation on where and how to spend the new tax revenue once legal sales get underway. This one gathered input from South Jersey residents, while the previous hearings were for North and Central Jersey. All three were held remotely.

Under the state’s Cannabis Regulatory Enforcement Assistance and Marketplace Modernization Act, referred to as the CREAMM Act, most of the money must be reinvested in impact zones, often described as the areas where the war on drugs hit hardest.

There will also be a social equity excise fee imposed on cannabis cultivators, commission member Charles Barker said at the beginning of the hearing.

“We have potential for real change in our communities that need it most,” he said.

He was joined by fellow commission member Krista Nash and commission executive director Jeff Brown at the hearing. Nash said the commission will have a recommendation for Legislators completed by July 1, including outlining how the spending will advance social equity.

While some investors, and some potential customers, have criticized the slow pace of opening the regulated cannabis market in the state, the process is moving forward. Last Tuesday, the commission accepted the first applications for dispensaries for the adult-use market. By 4 p.m. that day, 172 applications had been submitted, according to commission officials. The application process remains open and more are expected.

“Under the CRC’s rules, social equity businesses, diversely-owned businesses, microbusinesses, and conditional license applicants will be prioritized in their review and scoring,” reads a statement from the commission on the application process. “These include businesses owned by individuals with past cannabis convictions, those from designated economically disadvantaged areas, and minority-owned, women-owned, and disabled-veteran owned businesses.”

The CREAMM Act established six types of cannabis businesses as cultivators, manufacturing, wholesaling, distribution, retail and delivery, Nash said. The commission wants to make sure the ownership of those businesses reflect the state’s population.

Multiple speakers called for investment in education and in communities, especially in Black communities and other communities of color.

“At some point we’re going to have to stop pulling people out of the river and start going upstream to figure out why they’re falling in,” said Belinda Manning, of Pleasantville, in what she described as a paraphrase of Bishop Desmond Tutu.

She said all of the voices in a community need to be heard for progress to be made.

“If we keep doing what we’ve been doing, we’re going to keep getting what we got,” she said.

While most speakers focused on social justice, a few had other priorities, calling for property tax reductions or new research on cannabis and the cannabis industry.

One speaker wanted the money spent on enforcement to reduce the inconvenience for neighbors of cultivation and manufacturing facilities. He cited the potential for noise and odors.

Many of the speakers said more training could help people get good paying jobs in the new economy.

Over and over, speakers returned to law enforcement, saying minorities were far more likely to be arrested and jailed over drug offenses than whites, even though studies showed similar percentages of use and illicit sales.

“We don’t want our cannabis taxes going to the police after legalization,” said Chris Goldstein, of Willingboro. Citing previous speakers, he suggested public art, infrastructure spending or housing efforts. “But don’t give cannabis taxes to the police.”

He also suggested the state work on keeping the price of regulated cannabis low.

Once the market is up and running, it could mean big money all around. Estimates are that it will quickly be a billion-dollar industry, brining millions of dollars into the state. That would not make it the top industry in the state — it would not even be in the top 10 — but it would be an entirely new tax revenue on sales that used to be kept off the books.

California has brought in more than $3 billion in cannabis taxes since 2018, according to a report from the Marijuana Policy Project, a national group that advocates for legalization. The total for 2020, the most recent full year in the report, was over $1 billion.

But California is more than 20 times the size of New Jersey, with an economy larger than Germany, India or the United Kingdom.

Massachusetts may be a better comparison. It’s a little larger than New Jersey, with about 2.2 million fewer people. Since 2018, the state brought in $384.5 million in taxes from the cannabis market, not including $62.5 million in revenue to cities and towns, according to the same report.

There’s an old joke about a cannabis enthusiast at an intersection, waiting and waiting for the stop sign to turn green.

There may be nothing politicians like more than having a pile of money and asking who wants some. That in essence is what New Jersey’s Cannabi…

GALLOWAY TOWNSHIP — If you legalize it, they will come, especially if they have somewhere to consume it.

With a new age of marijuana sales in New Jersey on the horizon, Somers Point is turning to the public to chart a new path forward for the city…

Legal weed is on its way for New Jersey, but exactly when remains uncertain

Once seen as a vice for rebels, outlaws and musicians, cannabis has gone mainstream, becoming the subject of job fairs and investment portfolios.

Mayor Marty Small Sr.’s new constituent services director lived in every ward of the city as a child.

MIDDLE TOWNSHIP — After two challenging years, the Middle Township Police Department is looking forward to getting things back to normal, just…

Why the colors of sunsets are so incredible

Why the colors of sunsets are so incredible