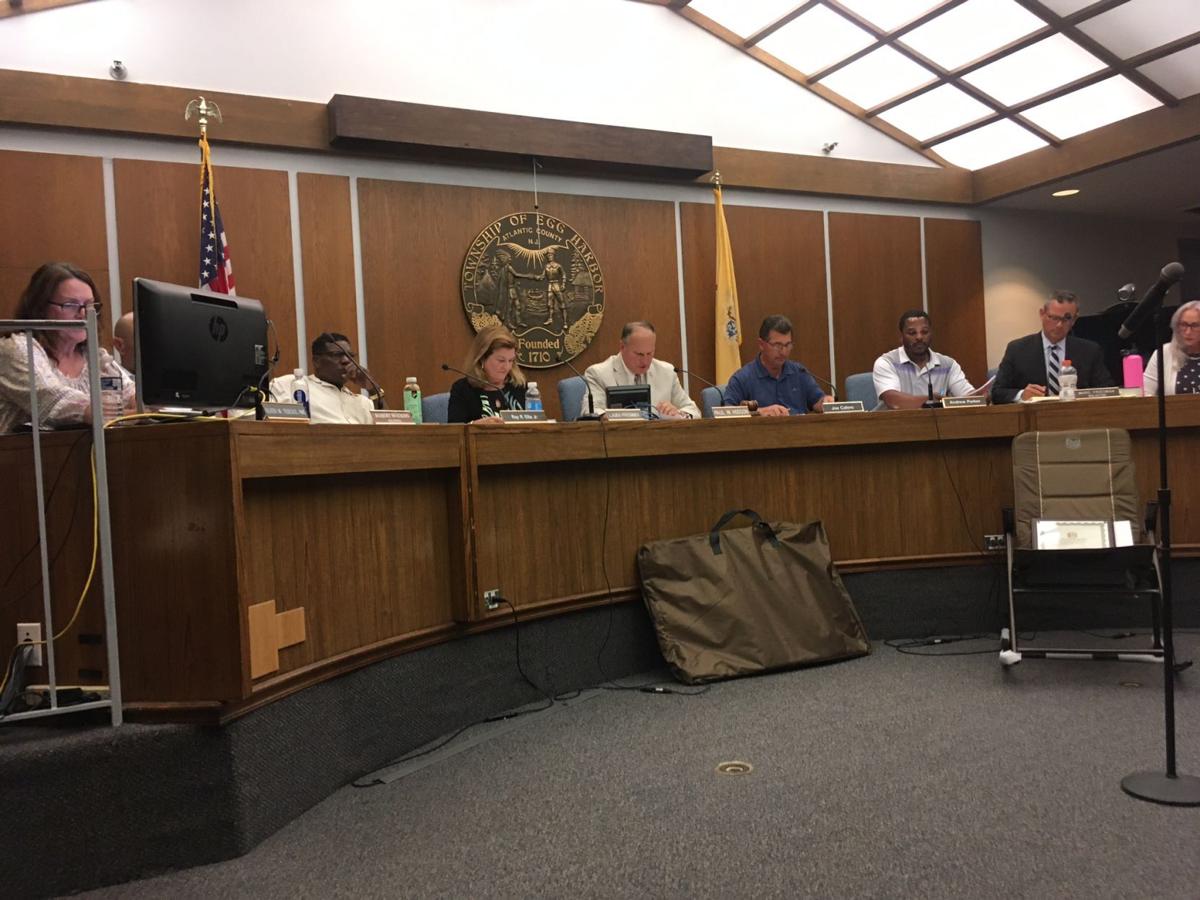 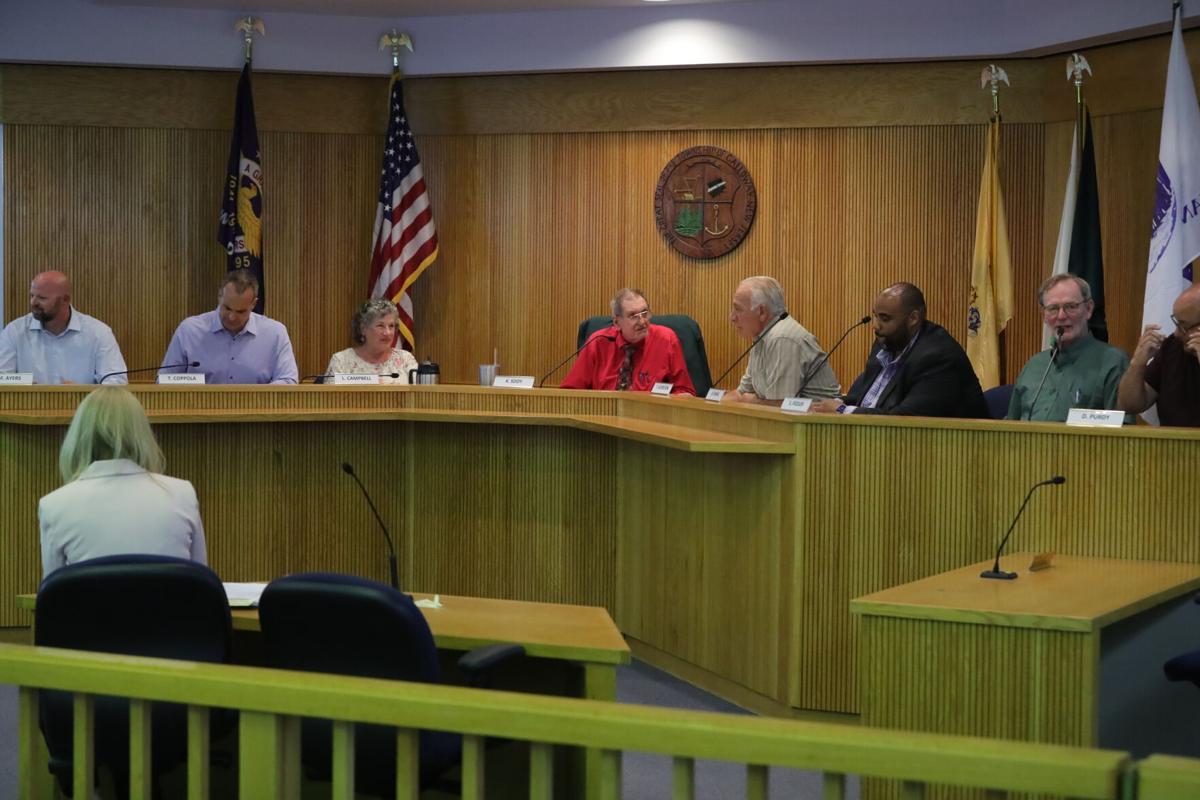 On June 3, the Galloway Township Planning Board holds its first in-person meeting since the COVID-19 pandemic started. 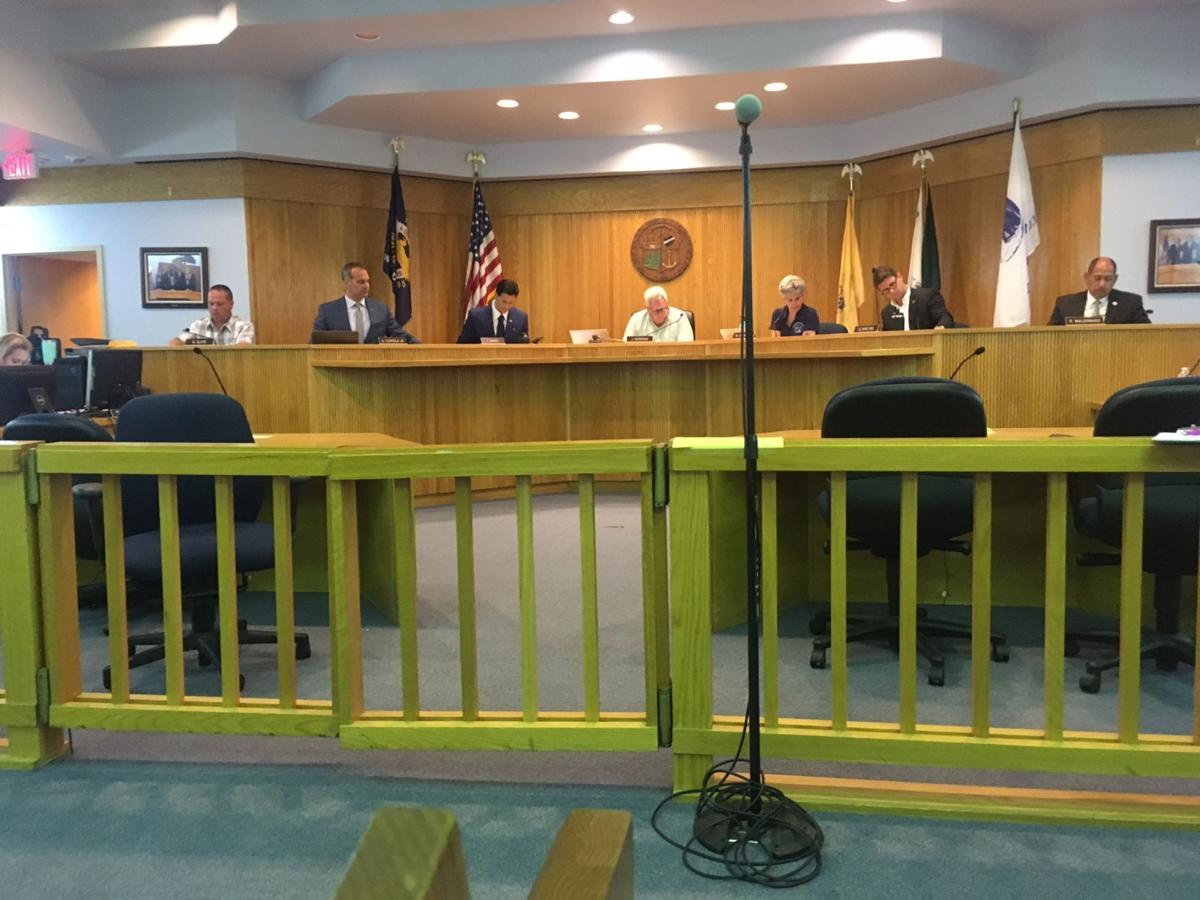 Before the COVID-19 pandemic, Galloway Township Mayor Jim Gorman would sit on the dais with his fellow councilpersons and listen as political battles played out during the public comment portion of their meetings for two hours.

Then the pandemic struck, bringing with it restrictions on public gatherings. Township meetings became events where only Gorman, Councilman Rich Clute, the township manager and the township clerk were in the meeting room. The other five councilpersons participated via Zoom. The public could watch the meeting live on the GTV cable channel and call in with questions.

Last month, Township Council meetings were reopened to the public.

And, Gorman is happy.

“It was good. It brought back some normalcy. It went well,” said Gorman, who welcomed the public back in the room on June 15. “I’m happy we are moving in the right direction, and I hope it continues.”

South Jersey municipalities, who were forced to adapt to public health concerns while still keeping government accessible this past year are now seeing a return to normalcy — from a drop in mask wearing, to elected officials sitting closer together, and the return of the public.

Now, many are reopening their public meetings and stepping away from Zoom.

The five-member City Council of Sea Isle City also held its first in-person meeting since start of the pandemic last month. On the city’s official website, the members of the City Council say they were very happy to see people gathered inside the Council Chambers once again.

Mayor Leonard C. Desiderio stepped up his communications with his citizens during this period. Desiderio usually sends out a biweekly newsletter, but he increased publication to two or three times weekly during the pandemic.

During the virtual meetings, the public could listen, call in and ask questions. One of the advantages was that someone who was busy could pick up the phone and find out what was going on without having to actually attend the meeting, Desiderio said.

“Zoom was a whole new way of life once the pandemic struck,” Desiderio said.

During the beginning and the height of the pandemic, Vineland Mayor Anthony Fanucci and his core administrative staff were in City Hall daily while the building was closed to regular public access.

City Council meetings could be watched live on the local cable access channel or viewed after they were over on a YouTube channel, Fanucci said. A special link was made available through Microsoft Teams to log in and ask a question during the public portion of the meeting, he said.

“There were some challenges in the very beginning,” Fanucci said as he noted the municipality had to update its video camera quality.

The public has been back to City Council meetings for a while, but safety measures have not changed with the checking of temperatures, masking, social distancing, hand sanitizing and the disinfecting of council chambers after the meeting is over, Fanucci said.

It felt great having the public back at City Council meetings, Fanucci said.

“You feel like you are getting back to business. You have your regulars there consistently,” Fanucci said.

Sometime, this year, Vineland will start livestreaming its City Council meetings where voting occurs, which was an amenity that the municipality did not have during the height of the pandemic, Fanucci said.

The Township Committee of Egg Harbor Township tried to do its regular meetings virtually, but it was terrible, so it moved its meetings from the municipal building to the community center where the committee members could be socially distanced from each other, along with audience members, Mayor Paul W. Hodson said.

Hodson said his four fellow Township Committee members were more willing to wear masks and socially distance among themselves for meetings rather than participating in virtual committee meetings.

“There were some challenges with the audio (in the community center). We got through it,” Hodson said.

Even with the public in attendance, Township Committee meetings were not the same in the community center, and the committee was better off in its usual municipal court chambers, Hodson said.

“We were dying to get back there,” Hodson said. “It’s easier all the way around, and the audio is good. They (Township Committee) all wanted to go back to the courthouse.”

Hamilton Township Mayor Charles Cain said the township’s IT department and the previous Administrator Arch Liston made the arrangements for members of the Township Committee and all the boards and commissions to communicate with each other through Microsoft Teams.

Cain attended Township Committee meetings in person and attended Planning Board meetings, of which he is also a member, virtually. He used his family dining room as an office.

“I was not a fan at all. It was difficult to interact with the professionals, fellow members and the public,” Cain said about virtual meetings.

July 6 will be the third Township Committee meeting with in-person public attendance, Cain said. The Planning Board, which was a hybrid, just voted to return to in-person only at its last meeting, June 17, he said.

“I am elated. I believe it is our duty to be in front of the pubic and accessible in person,” Cain said.

In Stafford Township, the Township Council meetings were held in person by the governing body, Mayor Gregory E, Myhre said. Due to restrictions set by the state, the township did host public comment via a conference call line for six meetings starting on March 24, 2020 until restrictions were lifted to start to allow up to 25 persons in a room, Myhre said.

The township did hold some virtual meetings with the public, utilizing Zoom, specifically the Planning Board, Zoning Board, Environmental Commission, Historic Preservation Commission and Green Team, Myhre said.

“From the reaction I have received from residents, they want to have the real-life meetings as that allows them to meet the governing body and people that serve the community,” Myhre said.

The moon's phases may be affecting mankind's sleep

On June 3, the Galloway Township Planning Board holds its first in-person meeting since the COVID-19 pandemic started.