Edmund DeVeaux looks forward to a time when a cannabis store downtown in your community does not draw any more notice than a liquor store or a restaurant.

That vision took a big step closer to reality last month when sales of up to an ounce of cannabis to those over 21 began in 12 locations throughout the state, including one in Atlantic County.

DeVeaux is the president of the New Jersey CannaBusiness Association, what he described as the cannabis chamber of commerce. He cited studies that indicate cannabis could grow into a $2 billion industry within five years, which he said will mean more jobs, more revenue for public priorities and additional impact on other fields, from law firms to real estate to security companies.

For now, there are only a few locations to buy licensed, taxed cannabis in the state, and those sites have been doing a brisk business.

“I think we’re on pace with what we anticipated. I don’t think that anyone has been greatly disappointed,” DeVeaux said.

In an interview this past week, DeVeaux described his view of the phases of a cannabis industry, moving from criminalization, citing bans on use or possession of marijuana that started in the early 20th century, to weaponization, what he described as the deliberately unequal enforcement of the law.

“Now we’re in a third phase, legalization,” he said, in which states move away from criminal charges for possession of cannabis. “We were arresting people for non-violent crimes and the use of a plant. It wasn’t for public safety or public health.”

DeVeaux envisions a fourth phase, normalization, when his image of a Main Street store would fit in. New Jersey is not there yet.

The 12 locations for legal cannabis sales are in sites that were already open for the medical marijuana market. In Atlantic County, The Botanist off Delilah Road is tucked away in an industrial area, about 8 miles outside of Atlantic City and a long way from anything that could be considered a downtown.

The company, owned by Acreage Holdings, also has a location on the Atlantic City Boardwalk, but that is reserved for the medical market only because City Council has decided to keep sales for the recreational market off the Boardwalk.

Even if the location for recreational cannabis sales at The Botanist is out of the way, customers have managed to find it just fine. The site and others around the state saw long lines the first day of sales April 21, with lines stretching out the door most days since then.

Brian Sickora, the general manager for New Jersey with the company, said hiring additional staff has helped. So will plans to expand the hours for sales for the recreational market.

At Columbia Care, another cannabis company in South Jersey, staff say the sales have remained steady, although customers are not waiting as long as on the first day.

“I think that’s attributable to improved line management since we expanded another hour of service to adult-use customers,” said a spokesperson in an emailed response to questions, who did not provide a name. “We see trends based on the day of the week — we definitely see pick up Thursday through Saturday during peak hours. Overall, we’re getting customers in and out very efficiently.”

The company has locations in Vineland and Deptford, doing business as Cannabist.

The New Jersey Cannabis Regulatory Commission, established to oversee the new market, said sales on the first day of the new market totaled nearly $1.9 million with more than 12,000 customers statewide. Staff at the commission say they have not tracked daily sales since then, but those in the industry say the sales have remained brisk.

The first day included people who were curious about how it would go, and those who wanted to be able to say they were there at the start, DeVeaux said. He believes there will be plenty of interest to support new businesses.

The Cannabis Regulatory Commission has received hundreds of applications for licenses, for cultivation of the plants, for the manufacture of products, including lozenges and vape cartridges, and for testing labs.

So far, aside from the expansion of licenses for the existing medical marijuana facilities, there have been no dispensary licenses approved. Those could start to come before the regulatory commission board in June, DeVeaux said, 90 days after the application process opened in March.

By a deadline last year, close to 100 municipalities gave approval to local cannabis dispensaries, with nearly 400 towns saying no. In Cape May County, Lower Township, West Cape May and Woodbine said yes, with Middle Township planning to reconsider saying no.

DeVeaux is not concerned about the reluctance of some towns to allow sales, event though residents will be able to bring cannabis home and eventually have it delivered.

“It’s pacing the expansion of the market,” he said.

He said he had not heard of any major delays for cannabis customers, and he and the companies selling the cannabis said there has been no shortage of weed. He said the regulatory commission had an obligation to ensure medical marijuana patients had access to sufficient supply. That went further, to include planning for parking, traffic control and other logistical issues, he said.

At the current dispensaries, those with medical marijuana cards skip the line and order off a separate menu to ensure there is enough supply. Within a few years, DeVeaux predicts, grabbing some pre-rolls in New Jersey will be as convenient as picking up a six-pack after work.

“We’re having fun. It is truly exciting as we are actually watching a new industry begin,” DeVeaux said.

What to know about the first day of recreational cannabis sales

There are about 130,000 medical marijuana patients in the state, with an roughly estimated 800,000 potential recreational consumers, and fewer than 800,000 estimated “tourism” consumers, according to the state Cannabis Regulatory Commission.

On Nov. 3, 2020, voters approved a question that would clear the way for recreational cannabis in New Jersey by a 2-to-1 margin.

On Dec. 17, 2020 the state legislature approved a bill setting up a recreational marketplace.

IN WHAT STATES IS RECREATIONAL CANNABIS LEGAL

New Jersey and 17 others states, along with the District of Columbia, have legalized recreational marijuana.

Here are the states that allow medical marijuana only:

MIDDLE TOWNSHIP — Despite what kids often hear from their parents when pleading for something, “we’ll see” does sometimes mean yes.

Opening a restaurant at the Jersey Shore takes family, gallons of paint and local scallops

Messick, 40, is a longtime chef in this Jersey Shore resort town known for its grand front porches and fine dining. This year he took a big le…

Middle Township chief on off-duty weed for cops: Until the law changes, we have to follow it

TRENTON — As of July 1, sales tax on marijuana sold to those with medical cards dropped to zero, the final step in a phase-out that began with…

TRENTON — With a handful of legal cannabis retail operations open for the recreational market around New Jersey, the newly-legal market saw a …

MIDDLE TOWNSHIP — Cannabis was in the crosshairs at the Monday Middle Township Committee meeting, at which a resident lambasted plans for a di…

MIDDLE TOWNSHIP — A month after the township supported one license application for a cannabis retail site, the Township Committee this week fo…

And in front of Senate President Nicholas Scutari (D-Union) and the Senate Judiciary Committee on Tuesday, industry leaders and marijuana advo…

As expected, lines stretched well out the front doors of The Botanist in Egg Harbor Township on the first day of legal weed sales in New Jersey.

Dispensaries in the state made $1.9 million in total gross sales from cannabis and cannabis products in the first week since opening day on Ap… 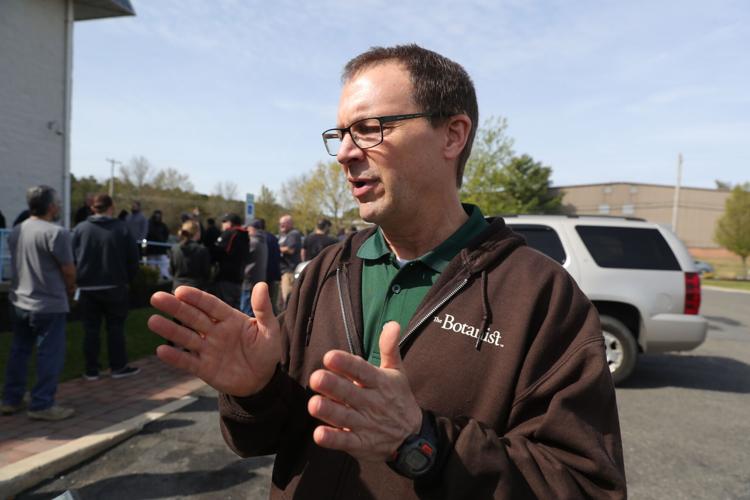 Brian Sickora, general manager for Acreage Holdings in New Jersey, talks about the first day of legal sales of cannabis at The Botanist in Egg Harbor Township on April 21. Sickora says lines of waiting customers have eased since additional employees were hired and that there are plans to expand the hours of sale for the recreational market. 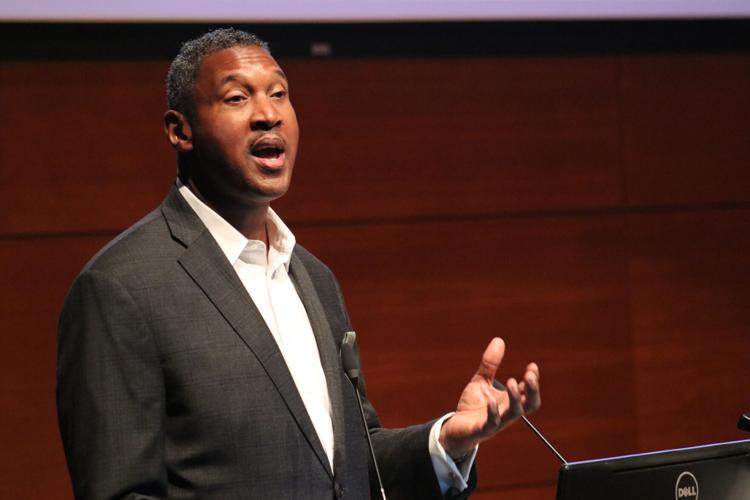