PLEASANTVILLE — Americans across the country spent Monday reflecting on the legacy of the Rev. Martin Luther King Jr. For parishioners and activists at Mount Zion Baptist Church who met virtually, the holiday was a time to discuss how to carry on King’s legacy and advance democracy in New Jersey and beyond.

The theme of the ceremony hosted by the church was “The Unfinished Work; Ending Segregation, Expanding Democracy.”

The Rev. Willie Francois III, the senior pastor at the church who moderated the event, said he wanted to gather leaders in civil rights activism to explore how to combat ongoing segregation and disenfranchisement in New Jersey and nationwide that limit opportunities for Black Americans.

“Thank you for turning aside these moments, this two hours, to share and think deeply, not just about the legacy of Doctor King, but also about how we continue to embody the legacy of so many freedom fighters who have made America a true, multiracial democracy,” Francois said at the beginning of Monday’s ceremony. “We’ll also think strategically about what it will take to realize a new New Jersey.”

The Rev. Charles Boyer, a pastor at Greater Mount Zion African Methodist Episcopal Church in Trenton, spoke about what he described as the need for radical change. He likened the oppression of Black Americans to the suffering of the biblical Job, stressing the perils of becoming disillusioned with what he described as reactionary opposition to the mission of racial justice.

“As much as we cry out and seemingly at times make progress, there’s always opposition that pushes that progress back,” Boyer said. “Job’s cry is eerily relevant for those of us asking the question ‘What do we do when all of our resources and political power have been systemically stripped from us?’”

OCEAN CITY — A repeated theme, as officials and community members gathered in the Ocean City…

Boyer urged people to continue to push for change and keep the faith.

The event opened with a rendition of “Lift Every Voice and Sing.” Francois said several local and state politicians attended the event, including Board of Education President Jerome Page and Mayor Judy Ward. Brief, prerecorded remarks from Ward were played during the event, as well as excerpts of a prerecorded speech from Superintendent Natakie Chestnut-Lee. Francois said Atlantic County Commissioner Andrew Parker and state Sen. Vince Polistina, R-Atlantic, were also in attendance.

Leaders at Mount Zion Baptist have been active in fighting what they have condemned as efforts to further segregation in New Jersey and Atlantic County. Francois and the church, along with the coalition Building One America, spearheaded a campaign last year to oppose a petition filed by Absecon to stop sending its students to Pleasantville High School.

The Building One America coalition, for which Francois is a co-chair, is currently placing pressure on Gov. Phil Murphy, circulating a petition to send to donors to Murphy’s campaign. Francois and other panelists were critical of the governor Monday, arguing he has not taken aggressive enough action to desegregate New Jersey schools.

Myron Orfield, director of the Institute on Metropolitan Opportunity at the law school of the University of Minnesota, said Murphy has failed to act to combat discrimination against Black Americans in New Jersey, which he said was extraordinary with respect to both education and housing.

Orfield cited the Murphy administration’s reluctance to address the concerns raised in the ongoing lawsuit of the Latino Action Network v. New Jersey as an example of his inaction.

Latino Action Network v. New Jersey was filed May 17, 2018, the anniversary of Brown v. Board of Education, and alleges the state school system offers unequal opportunities to the detriment of minority students. The suit includes as defendants Murphy, the state and the state’s Board of Education.

The Martin Luther King Jr. Day commemoration held Monday was just one of the activist events the church will host in the coming weeks. Mount Zion Baptist will hold a leadership and organizing seminar Jan. 27 to 30. The church also will host weekly symposiums at 7 p.m. every Wednesday in February for Black History Month.

Debate over Pleasantville superintendent continues to divide board members, residents

PLEASANTVILLE — The city’s schools will be getting the heightened security for which parents and concerned residents have recently been asking.

PLEASANTVILLE — A local church kicked off Black History Month by hearing from an organizer of the 1963 March on Washington.

PLEASANTVILLE — The school district has become more diverse in recent years, and a new report is underscoring the need for multilingual teachers.

On Martin Luther King day, Americans honour the civil rights activist. It was recognised as a federal holiday in 1983. Decades after icon's de…

More dangerous winter weather is set to hit New Jersey, and state officials are again cautioning residents to be weary of power outages and ha…

Millions of Americans will celebrate the legacy of the Rev. Martin Luther King Jr. on Monday. Many maintain, however, that his work has been l… 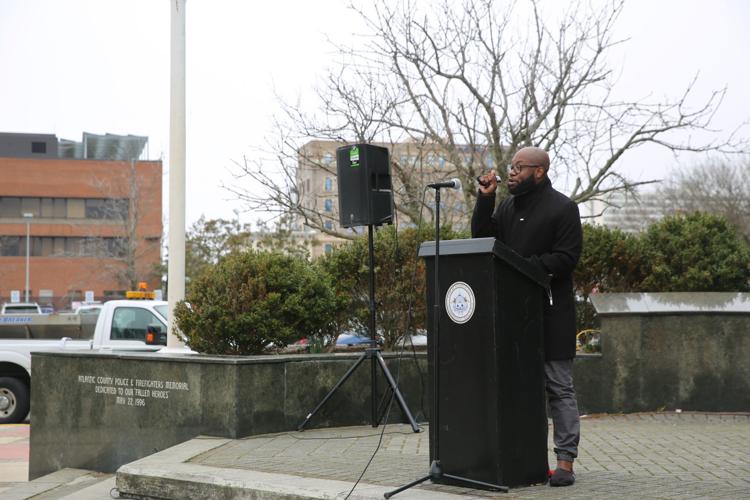 The Rev. Willie Francois III of Mount Zion Baptist Church in Pleasantville calls for the community to come together to denounce anti-Asian hate at a March 2021 news conference. 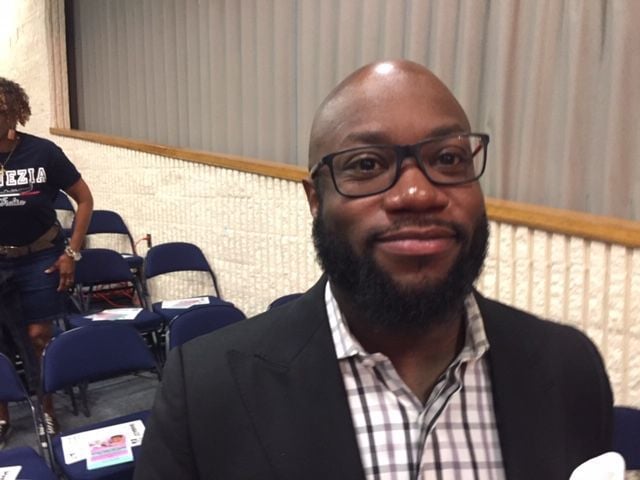