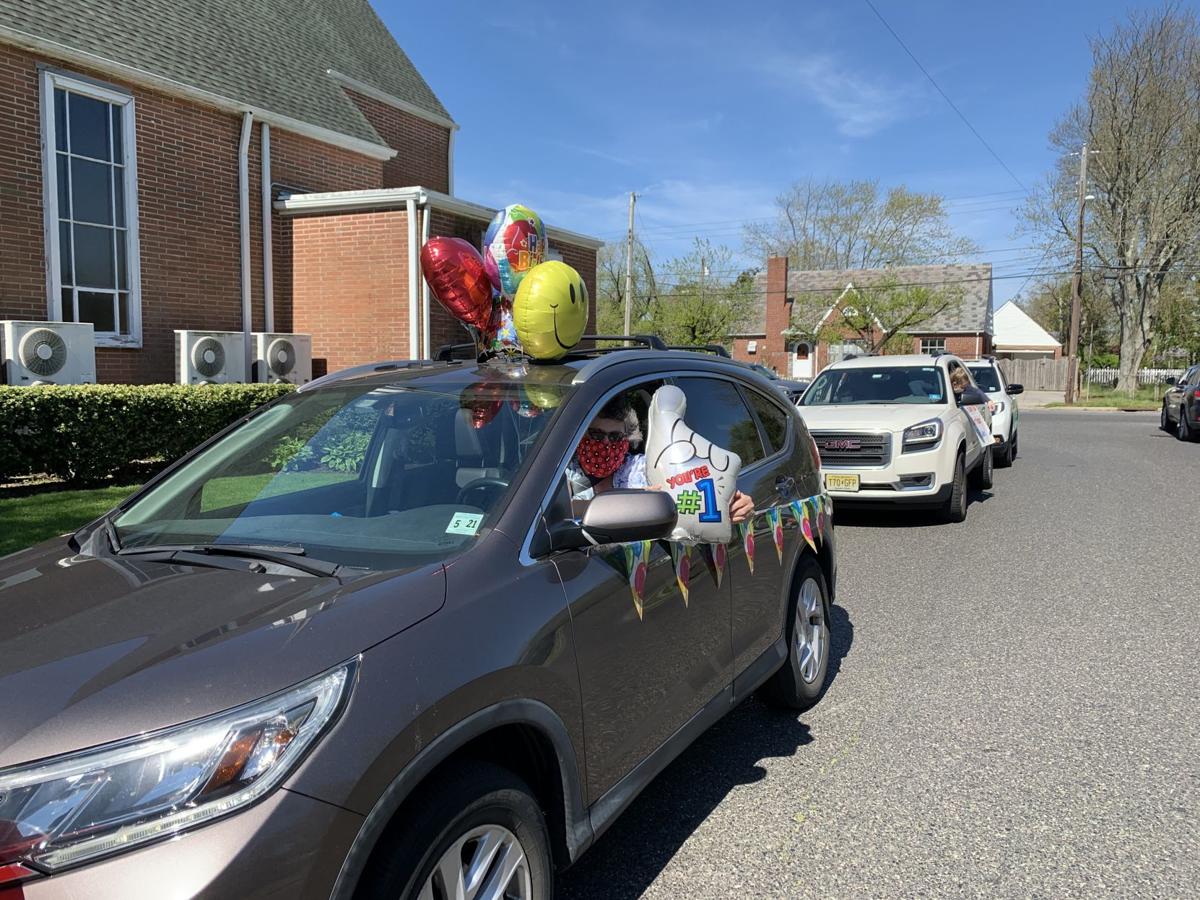 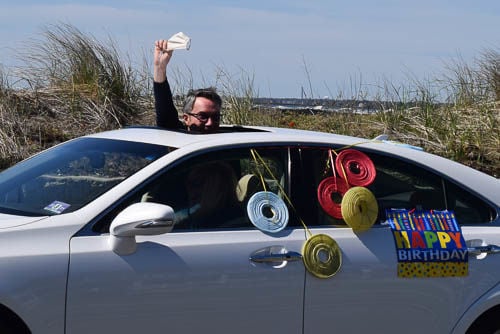 The Rev Jaromir Michalak, the current pastor of St. Joseph Roman Catholic Church, was part of the birthday parade for the Rev. Josef Wagenhoffer on Saturday. 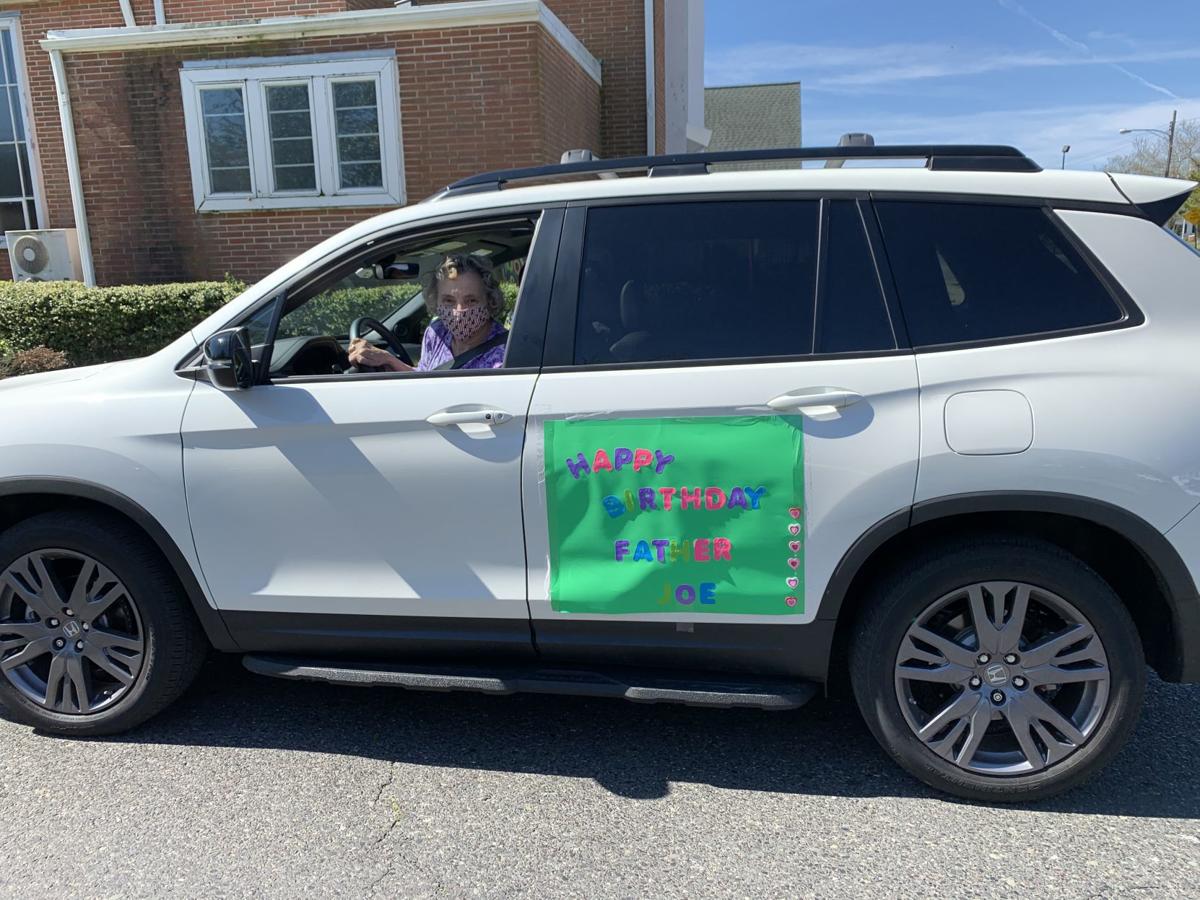 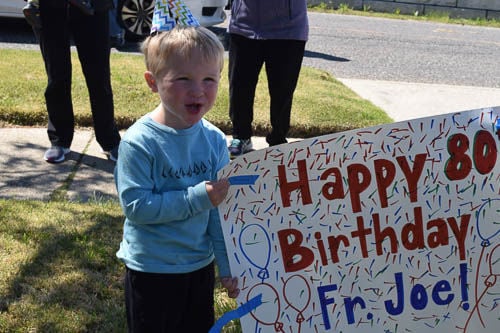 Three-year-old Jack McDermott has his sign ready for the 80th birthday parade for the Rev. Josef Wagenhoffer. 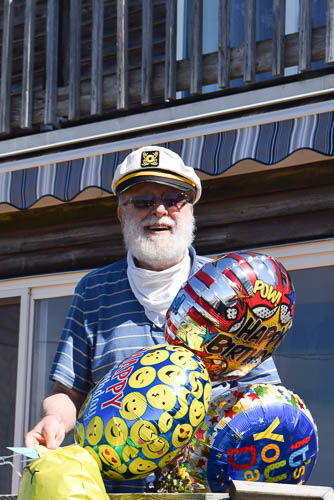 The Rev. Josef Wagenhoffer gets the birthday surprise of his life Saturday as friends, parishioners and fellow clergy came down the street in a birthday parade.

Due to the pandemic, “Father Joe,” as he is affectionately known, was not expecting any celebration to mark the occasion. But some of his admirers could not let his birthday pass quietly, pandemic or not. So some of the girls working in the St. Joseph Roman Catholic Church rectory, along with volunteers and friends, decided to surprise him.

A Pleasantville police car led the way down Bay Avenue on Saturday morning. Wagenhoffer sat on the deck of his home with friends Anne and Ellen Hyatt, who had stopped by with his favorite chocolate cake. Upon seeing the police car, Wagenhoffer commented to his guests, “Wonder what’s wrong?”

He quickly realized the conga line of cars decorated with balloons and happy birthday signs following the officer was in his honor.

NORTH WILDWOOD — If the faithful of Cape May County have their way, instead of being closed …

“I have never had a surprise party in my life, and this is surely the biggest surprise of all,” said Wagenhoffer once he realized the parade was a line of friends that wanted to make his 80th an event to remember. Lisa Weiss, who works in the St. Joseph parish office, said they would have held a party for their former pastor, but due to state stay-at-home orders, they needed to come up with another plan to celebrate.

According to St. Joseph volunteer Ellen Hyatt, the pastor was shocked to have so many friends remember his birthday and just kept saying, “I have never had anything like this.”

Wagenhoffer is originally from Gloucester County. He was a teacher at Holy Spirit High School in Absecon for many years, a former chaplain at Stockton University, a pastor at St. Peter’s of Pleasantville from 1979-96 and the pastor at St. Joseph in Somers Point from 1995 until his retirement in 2011. He now lives in Egg Harbor Township.

Once the cars passed the deck where Wagenhoffer waved to his friends, everyone got out of their cars and, keeping with social distancing, remained apart but serenaded their former pastor with a chorus of “Happy Birthday.”

Weiss said Wagenhoffer always did whatever he could to make everyone around him feel special, so on Saturday, his friends returned the favor.

Gov. Phil Murphy announced Wednesday that he signed an executive order to extend the public health emergency by 30 days.

It’s not that “wave parades” aren’t permitted for celebrations during the COVID-19 crisis, but people cannot gather in one area, State Police …

HAMMONTON — St. Joseph High School supporters plan to hold a rally Sunday as they continue efforts to save the school.

Cases of COVID-19 continued Wednesday to climb dramatically at Hammonton Center for Rehabilitation and Health Care, with 147 testing positive …

Despite possible closing, Sacco still has hope for St. Joe's

The Rev Jaromir Michalak, the current pastor of St. Joseph Roman Catholic Church, was part of the birthday parade for the Rev. Josef Wagenhoffer on Saturday.

Three-year-old Jack McDermott has his sign ready for the 80th birthday parade for the Rev. Josef Wagenhoffer.

The Rev. Josef Wagenhoffer gets the birthday surprise of his life Saturday as friends, parishioners and fellow clergy came down the street in a birthday parade.