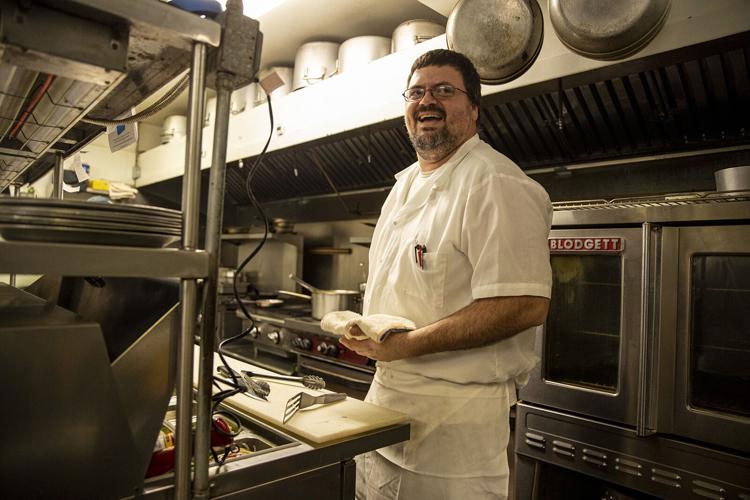 Carl Messick, owner of Grana, begins working as family, friends and customers are seated for the opening of his restaurant in Cape May on May 6. 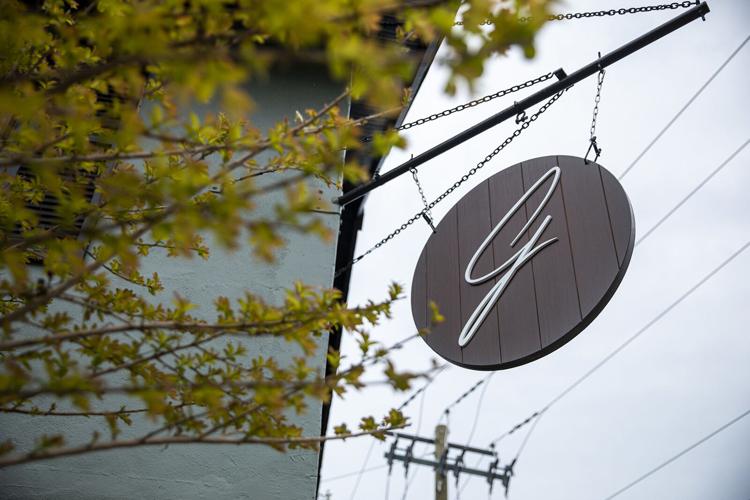 Grana is operated in the former Godmother’s at Broadway and Perry streets in Cape May. 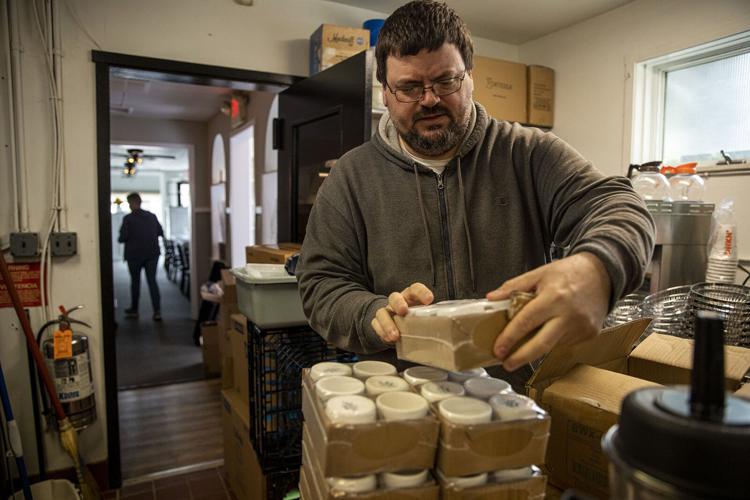 Messick, 40, begins to unpack and prepare to open his restaurant. The soft opening was expected to be a grace period to work out the kinks ahead of Memorial Day weekend.

Jason Nark The Philadelphia Inquirer CAPE MAY — The delivery truck idled across the street, and Carl Messick knew, or at least hoped, that butter dishes, salt, espresso cups or perhaps some spoons were all on their way.

Messick, 40, is a longtime chef in this Jersey Shore resort town known for its grand front porches and fine dining. This year he took a big leap, opening Grana, his very own, 68-seat, BYO restaurant. That’s why, when the delivery truck appeared to head off in the wrong direction, Messick burst from the curb and started running after it.

“Yes, I was sprinting and I thought, ‘I can’t believe I’m doing this,’” he said. “When I caught up to him I said, ‘I think you have some deliveries for me.’”

Up and down the Jersey Shore each summer, businesses rise and fall like the tides. For every boardwalk pizza institution slinging hot slices for decades, there’s a new dreamer out there crafting up experimental ice cream or alternative French fries on sticks, trying to lure in new customers. Some don’t last the summer, and others, like Ocean City’s “monkey bread,” catch on and become a shore staple.

Messick is fulfilling a lifelong dream with Grana, without the gimmicks. The lengthy menu is “modern American,” with pasta dishes, steaks and, of course, some locally sourced seafood like scallops. Given his pedigree, Messick said the new venture doesn’t feel like a gamble. People know he can cook. Born and raised just outside Avalon, Messick attended the prestigious New England Culinary Institute in Vermont before working his way through many Jersey Shore restaurants. In Cape May, he was the executive chef of the Ebbitt Room in the Virginia Hotel, then went on to cook in Stone Harbor for several years before becoming executive chef of the Peter Shields Inn. He stepped down there recently, after 12 years, to start Grana, named after a type of cheese.

“Peter Shields was the best job I ever had, and if I ever left, it had to be a perfect scenario,” he said. “I’ve had other opportunities before, in other towns, but they always felt like gambles. This kind of fell in my lap.”

CAPE MAY — Three local communities have agreed to recognized June as Pride Month, according …

Before Messick ever cooked a meal there, Grana had 800 reservations booked through the summer.

On the morning of Grana’s soft opening, a cool Friday in early May, the chaos, those exciting opening-night jitters, continued. Someone was trimming a tree out front. A repairman was fixing the soda lines. Messick’s soon-to-be mother-in-law, LeAnn Russ, was filling salt shakers. The La Colombe coffee would be brewed by Black + Decker until a fancier machine made its way down the supply chain.

Messick agreed to let the Philadelphia Inquirer stop by before the curtain rose. He said it was a bad day to talk but was too polite to say no outright. He arrived around 11 a.m., wrestling a brand new chest freezer through the back door, and looked around for a place to plug it in. The freezer would be in the way, for now, but at least the ice cream wouldn’t melt.

That night Messick was at the restaurant until 2 a.m. dreaming of creme brulee recipes and scanning the endless checklist in his head. Phone calls went unanswered, and the front door went unlocked, leading to strangers popping in with giant flower bouquets and urgent pleas to put ads in the local dining guide.

Projection: NJ cannabis could be a $2B industry in five years

Grana sits at Broadway and Perry streets in Cape May, across the street from Wilbraham Park, in a nearly 100-year-old building once occupied by Godmother’s, a longtime Italian staple. The décor at Godmother’s was old-school cozy, with wood paneling covering half the walls and old, black-and-white photos above them. Outside, there were awnings and vines and an ornate, hand-painted sign. The restaurant closed before the 2021 season.

Messick said he had about eight weeks to turn the space around to hit his May 2022 goal. Behind the Godmother’s sign was another one, for the Old Ship restaurant, and according to CapeMay.com, the building was also once a pharmacy, ice cream parlor and a luncheonette — a whole collection of Jersey Shore businesses that came and went.

“There was a lot of painting,” Messick said. “We tried to keep it nice and simple.”

On opening day, the restaurant was clean, with a white, black and gray palette and a few pieces of modern art on the walls. One leftover from Godmother’s, a full-length stained glass door by the bathroom, remains, for now. The plan is to remain open year-round, but Messick said Grana could close for a few weeks each year for renovations. The door may go.

“We haven’t decided if we like it or not,” Messick said.

Just before noon, Messick put on his chef’s coat and began checking the temperature of the ovens. Employees came through the back door with coffee and started opening the piles of boxes stacked around. Messick had about a dozen employees and expected that number to grow to about 20 by the height of summer.

Are sewer lines a possibility for Upper Township?

The first customers, mostly friends and family, would be seated at 5 p.m. The soft opening, he said, was supposed to be a grace period for the big reveal on Memorial Day weekend, a time to notice and fix any kinks before summer gets rolling. You get a pass, usually, and he hopes food critics can give him a month or two.

“I mean, I can’t control that, but I really hope a critic didn’t come on opening night,” he said. “I’m making coffee with a Black + Decker machine.”

OCEAN CITY — It was not an invasion, but the landing of two enormous amphibious military craft on the beach near 53rd Street Friday evening dr…

Ocean City kicks off summer of ’22 with Business Persons Plunge

OCEAN CITY — Memorial Day weekend in this shore town combines the somber and the silly.

Cape May and Philadelphia chef Clark dies at 60

Tony Clark, 60, a chef’s chef whose gumption helped him land a job at the Four Seasons Hotel in its glory days and who went on to help mentor …

Watch Now: How much is too much salt

Carl Messick, owner of Grana, begins working as family, friends and customers are seated for the opening of his restaurant in Cape May on May 6.

Grana is operated in the former Godmother’s at Broadway and Perry streets in Cape May.

Messick, 40, begins to unpack and prepare to open his restaurant. The soft opening was expected to be a grace period to work out the kinks ahead of Memorial Day weekend.