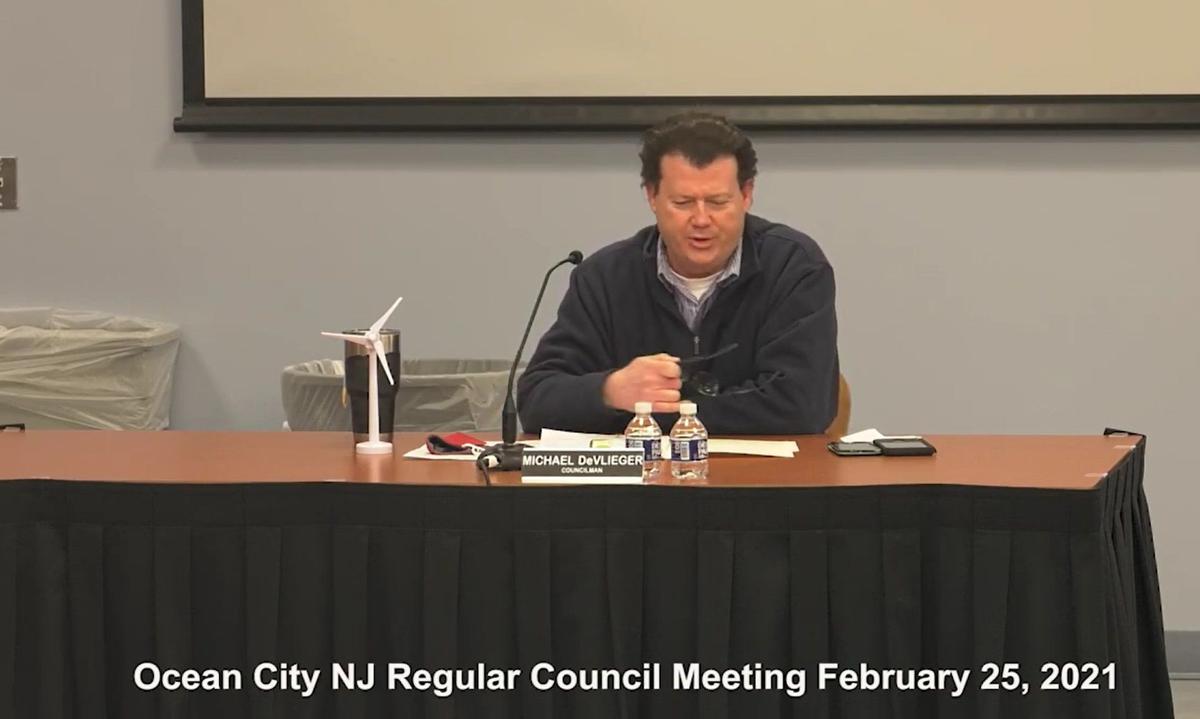 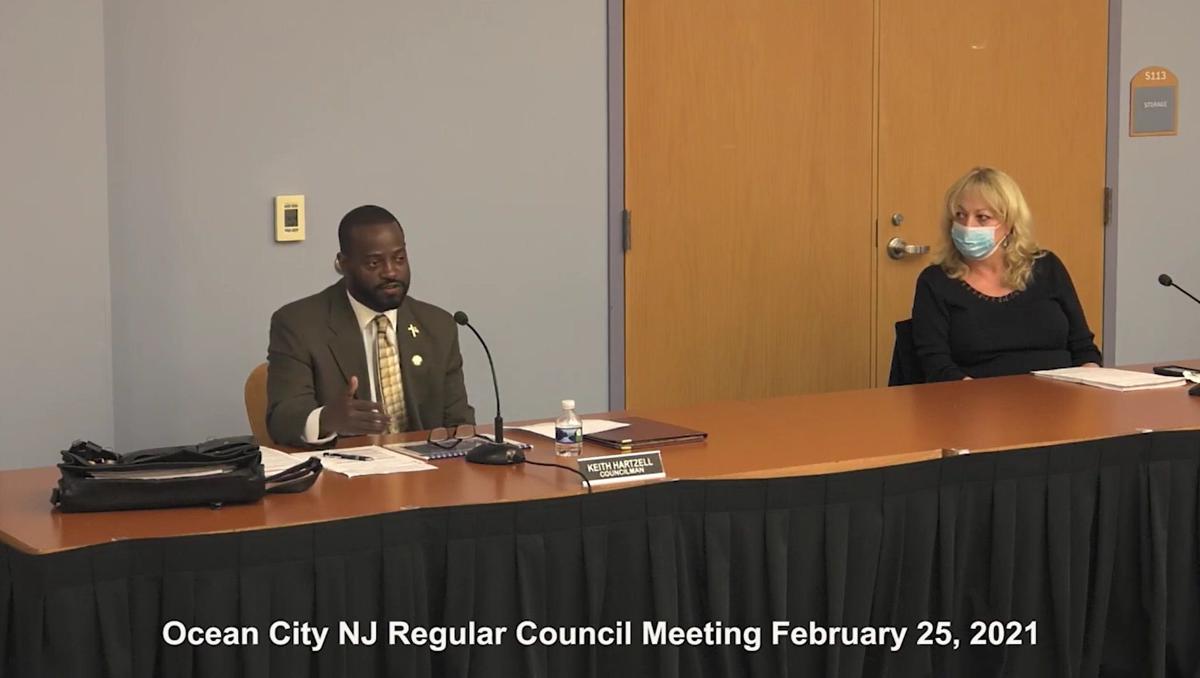 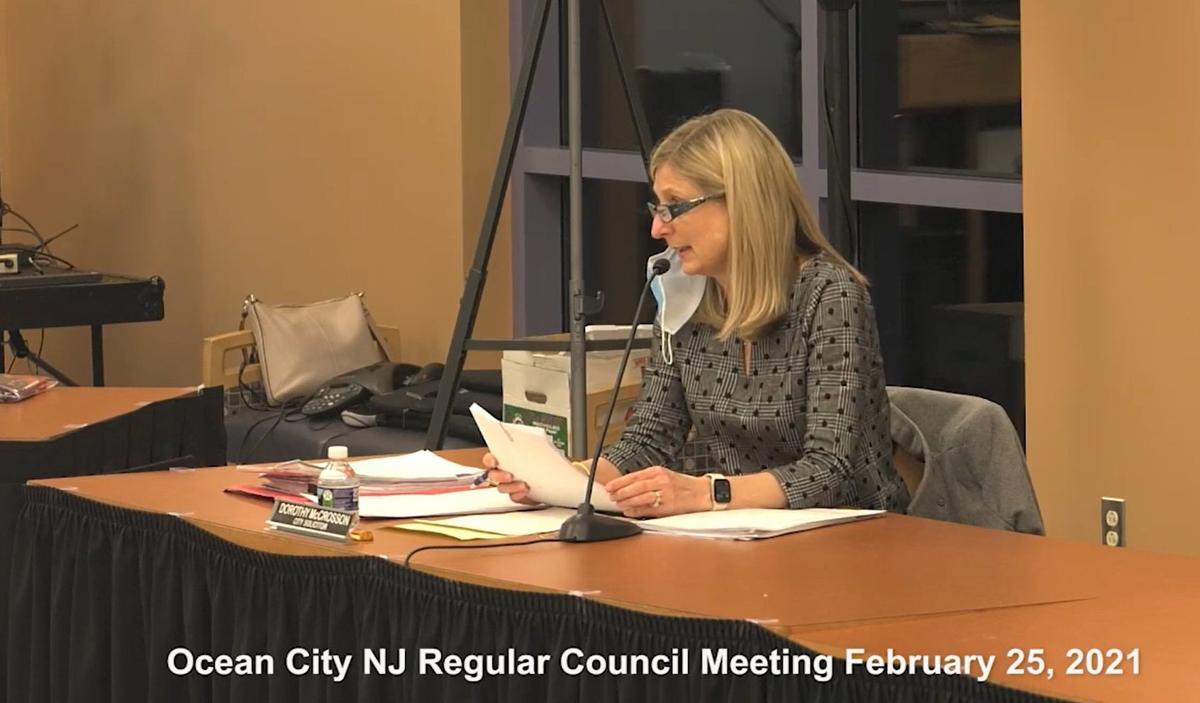 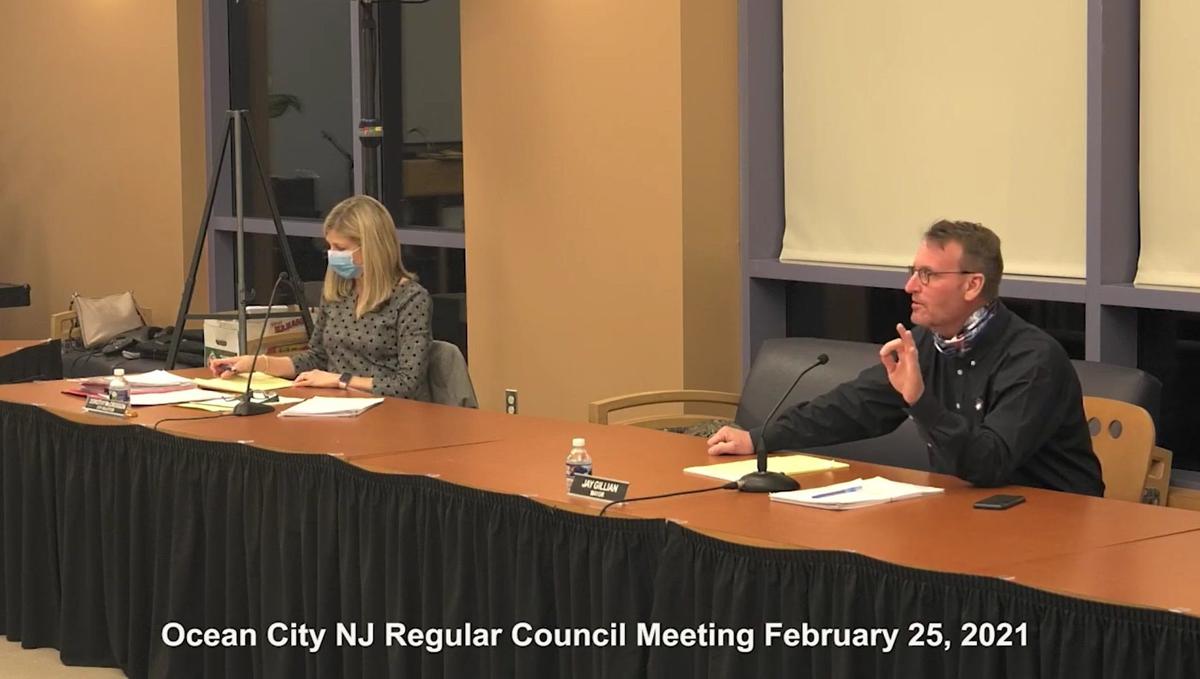 ‘I guess I sound like such a nerd,’ Ocean City Mayor Jay Gillian said during a recent City Council meeting, during which he expressed his concerns about the legalization of recreational marijuana in New Jersey. ‘This law is the worst thing that has ever happened to New Jersey.’

City officials have sharply criticized New Jersey’s move to legalize marijuana for anyone 21 or older. The city approved an ordinance with a similar effect just over two years ago, but according to Gillian, that ordinance was invalidated when Gov. Phil Murphy signed laws Feb. 22 approving the legalization.

“I have asked City Council to adopt a new ordinance to reinstate these prohibitions,” Gillian wrote in his regular Friday statement to residents. “The new legislation gives municipalities 180 days to do so.”

If council votes in favor of the ordinance, residents can have their say at a public hearing required before a final vote.

At the Feb. 25 meeting, held days after the governor signed the legalization bills, Gillian and council members lambasted the law. Much of the frustration focused on the easing of penalties for those under 21 caught with either marijuana or alcohol. Police will issue warnings rather than citations, and on the first offense will not be allowed to notify parents that a minor was caught with marijuana.

Members also worried about the public use of marijuana on the Boardwalk or beaches. Public smoking or other consumption of marijuana is banned under the approved state law, including in parks and on public beaches. Still, council members said there were increased reports of marijuana use in the resort last summer, which they believe will only get worse with official legalization.

“They’re going to descend upon our town again,” said Councilman Jody Levchuk. He said if the town tolerates public marijuana use, there will be problems.

“We know they’re coming as the weather gets warmer, and the last thing that we want to see is people marching down the Boardwalk or gathering on the beach and just having a smoke-fest out there. Because people can’t wait to do this,” he said. “It’s just a matter of where in New Jersey they’re going to do this. Hopefully it’s not Ocean City.”

Ocean City has banned the sale of alcohol since its inception, with no bars, liquor stores or even BYOB allowed on the island. As some have pointed out, however, there are large alcohol stores near the foot of the two busiest bridges leading in to town.

In neighboring Somers Point, City Council approved a similar ordinance to Ocean City’s, banning commercial cannabis cultivation or stores within the city limits. Mayor Jack Glasser said Monday if a new ordinance is required, it will be up to council, but he cited his background in law enforcement in his belief that marijuana sales should be kept out of Somers Point.

Recreational marijuana businesses have their eye on Egg Harbor Township

Like the Ocean City Council members, he took issue with limits on police notifying parents if their child is found with marijuana or alcohol.

“The parents want to know if their child is using any type of intoxicating substances,” Glasser said.

In another of Ocean City’s neighboring communities, Upper Township Mayor Rich Palombo said there have been informal discussions about what the township should do. So far, there has been no vote by the Township Committee. But he sees a reluctance to allow commercial marijuana sales in the township.

“I don’t know if anybody’s in favor of having a cannabis shop. I don’t know that we have really decided where we are with this,” Palombo said.

He wants more details on the final state regulations, which he said appear to still be in flux, and added he has been contacted by some businesses about opening in the township.

“It’s something we obviously need to address. I think it’s worthwhile to take a step back and see how this progresses,” Palombo said. “Everybody’s very concerned about it.”

Phil Murphy gave New Jersey progressives what he promised. Now they've got his back for reelection.

Phil Murphy ran for governor in 2017 with a long list of progressive promises: a tax on mill…

Advocates for legalization have campaigned in New Jersey for years, but a sea change came in November when voters statewide overwhelmingly approved a referendum to legalize marijuana for adults, calling for a regulated and taxed marijuana market.

Ocean City voters also supported the change, with a majority of voters in each of the city’s four wards saying yes to legalization, according to results posted by Cape May County. Still, each of the members of council appears adamantly opposed to legal cannabis.

Gillian has asked police Chief John Prettyman to come up with a plan for officers this summer. Prettyman has been in communication with state Attorney General Gurbir Grewal, who in February ordered an end to marijuana arrests and prosecutions.

Gillian said he is concerned about the use of cannabis and alcohol by young people.

“I guess I sound like such a nerd,” he said. “This makes me so passionate and so angry that I can’t begin to tell you.”

Gillian said he was not worried about adults but said the law will have a devastating impact on youth.

“This law is the worst thing that has ever happened to New Jersey,” he said.

He also questioned why the city can do little about marijuana when it remains illegal at the federal level. Two members of council suggested the city should not obey what they see as a bad law. That includes a change that will mean officers cannot use the smell of marijuana as probable cause for a search.

“I’d test it in court. I’d write some tickets,” said Councilman Michael DeVlieger. City Attorney Dorothy McCrosson said it would not be fair to expose the officer to potential legal liability. Someone walking down the Boardwalk with a burning joint, for instance, could be cited.

“If it’s in plain sight, the officer can take action. If he only smells it and doesn’t see it, he cannot. It does not give him the right to search,” she said.

Weed tourism is heading to Atlantic City. It may not be what you expect.

{child_flags:featured}Weed tourism in Atlantic City may not be what you expect

“What’s going to happen on the Boardwalk during the summer just in Cape May County? You can walk around freely and smoke it, and the police can’t do anything about it, because now they’re going to get charged,” he said.

Stockton University will host a webinar next week on cannabis regulations and what New Jersey can learn from other states.

WILDWOOD — In 2019, long before a majority of New Jersey voters said yes to legal cannabis, Wildwood said no, approving a preemptive ban on di…

No marijuana in Ocean City

‘I guess I sound like such a nerd,’ Ocean City Mayor Jay Gillian said during a recent City Council meeting, during which he expressed his concerns about the legalization of recreational marijuana in New Jersey. ‘This law is the worst thing that has ever happened to New Jersey.’