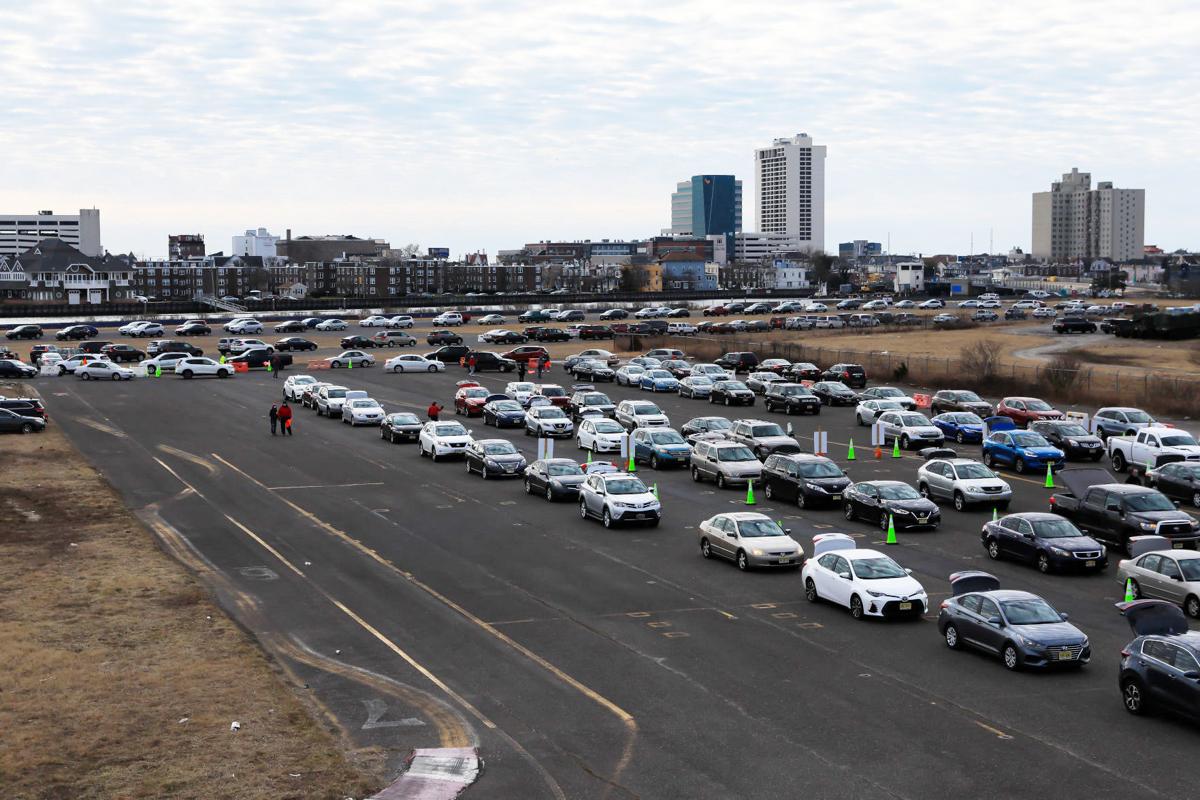 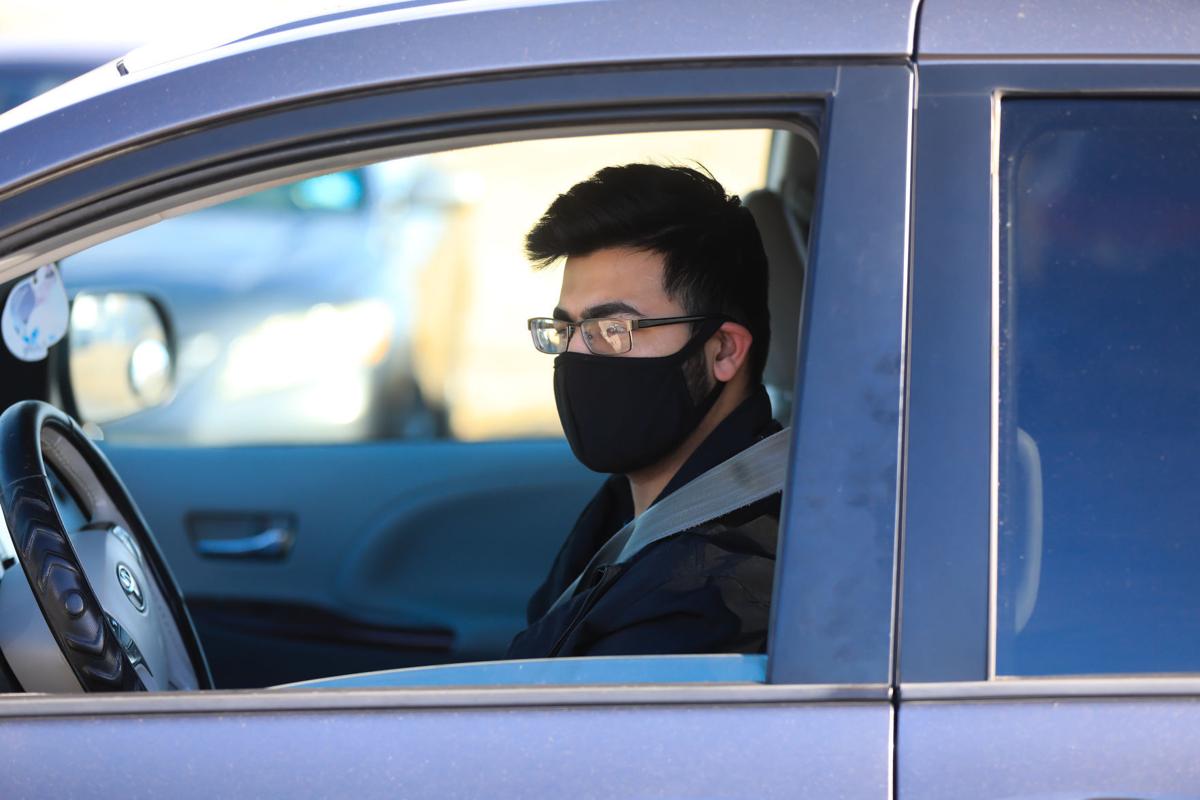 Rubaid Hassnat, 20, of Atlantic City, has taken two semesters off from Rutgers University during the COVID-19 pandemic. His parents are both out of work. 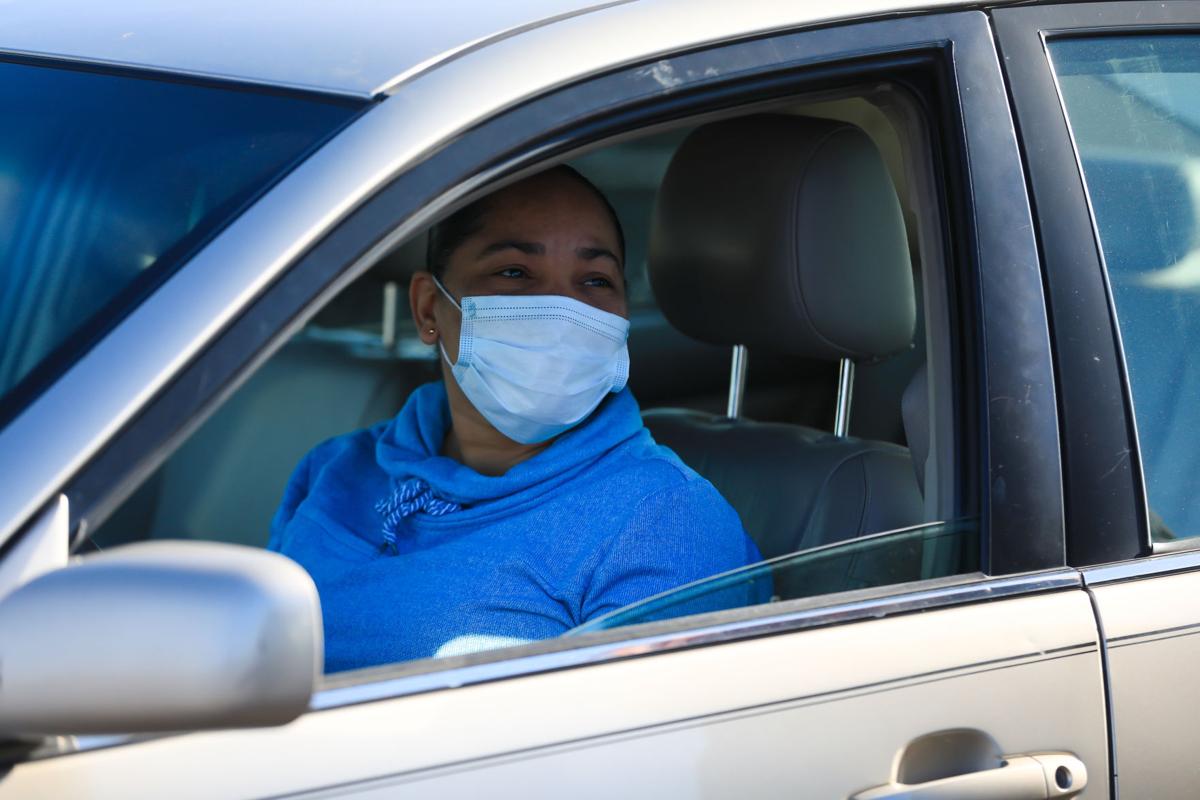 Edina Hayek, 27, of Atlantic City, has worked through the pandemic but struggles supporting her 9-year-old daughter with virtual schooling. 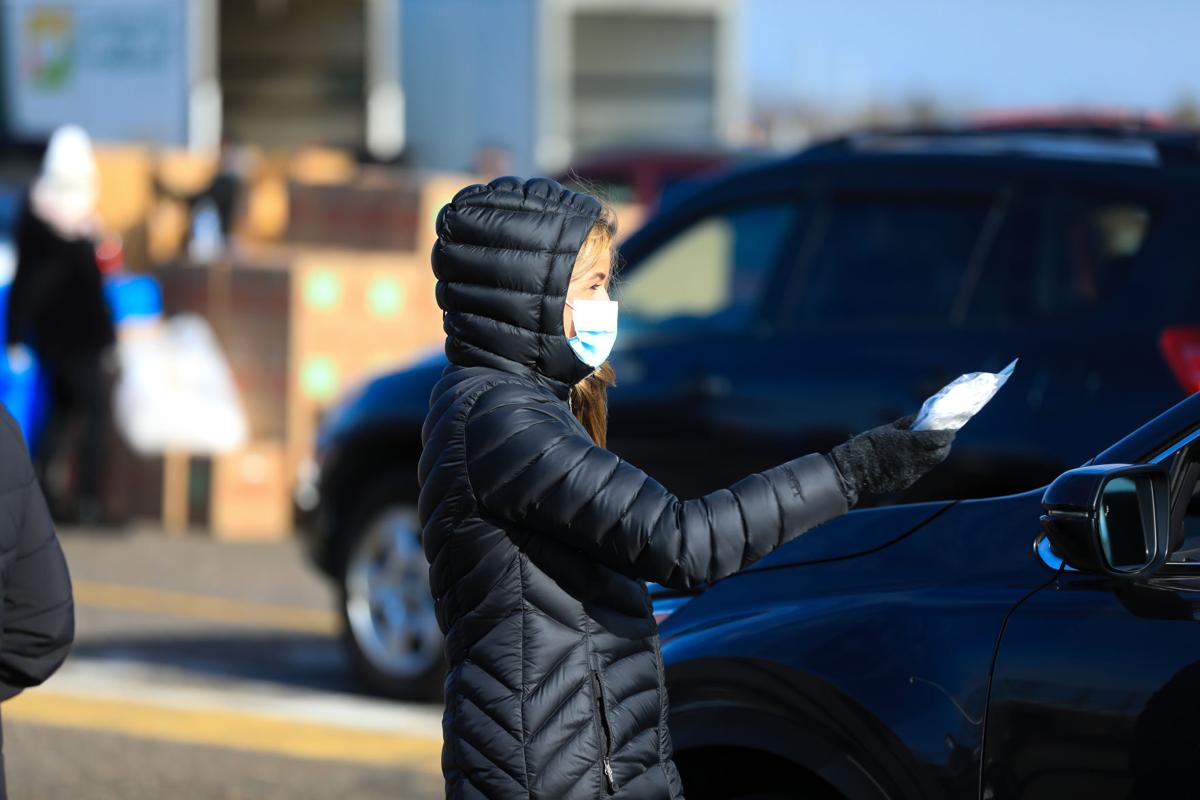 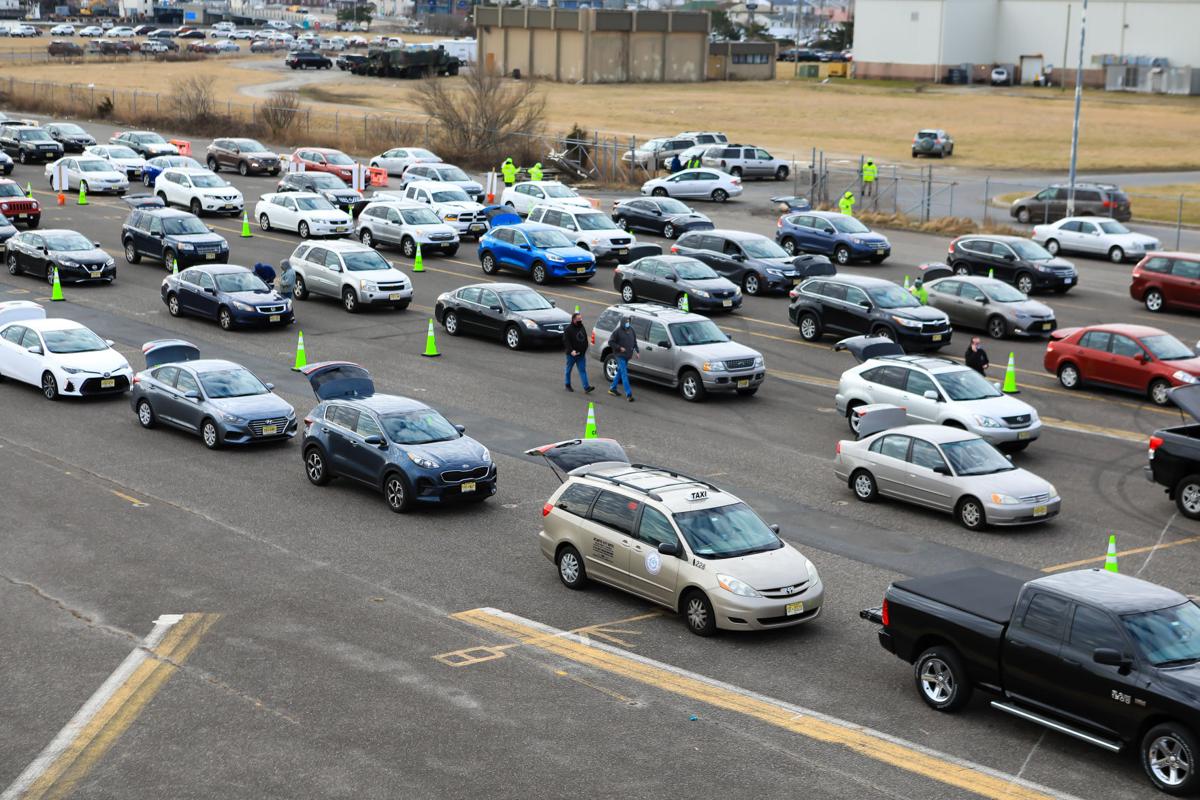 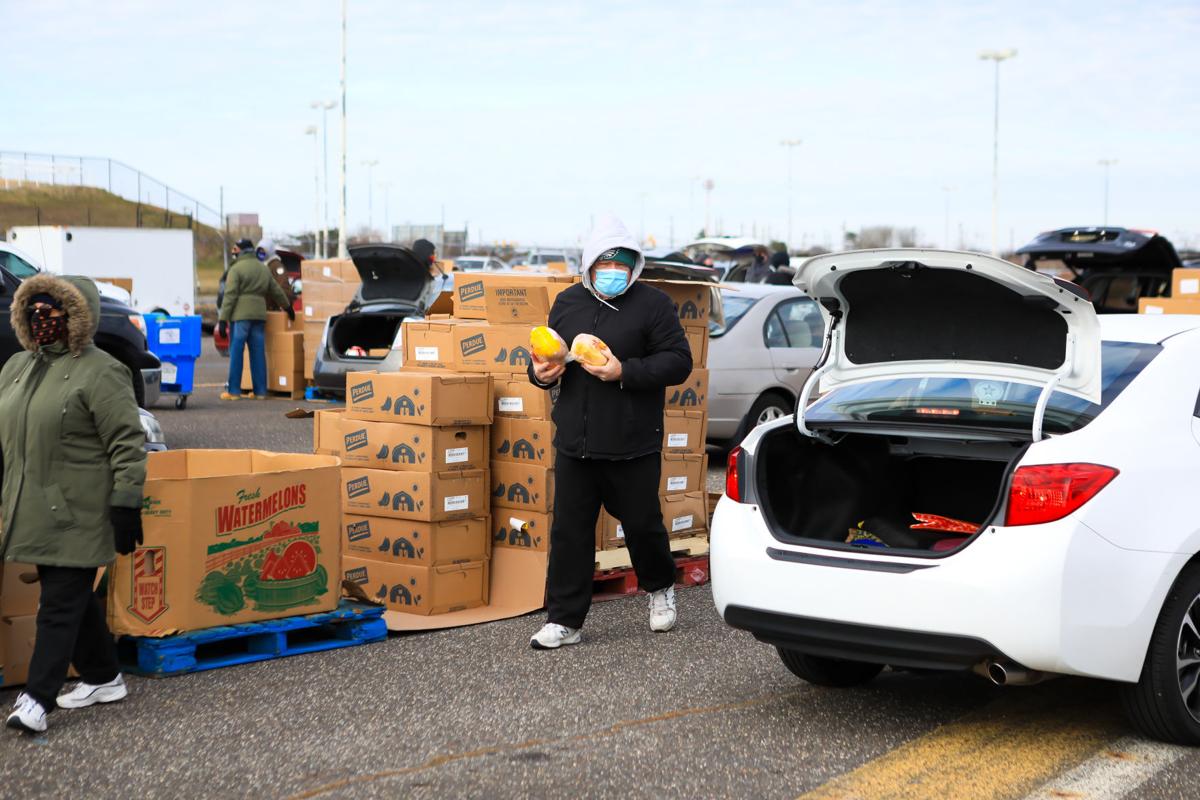 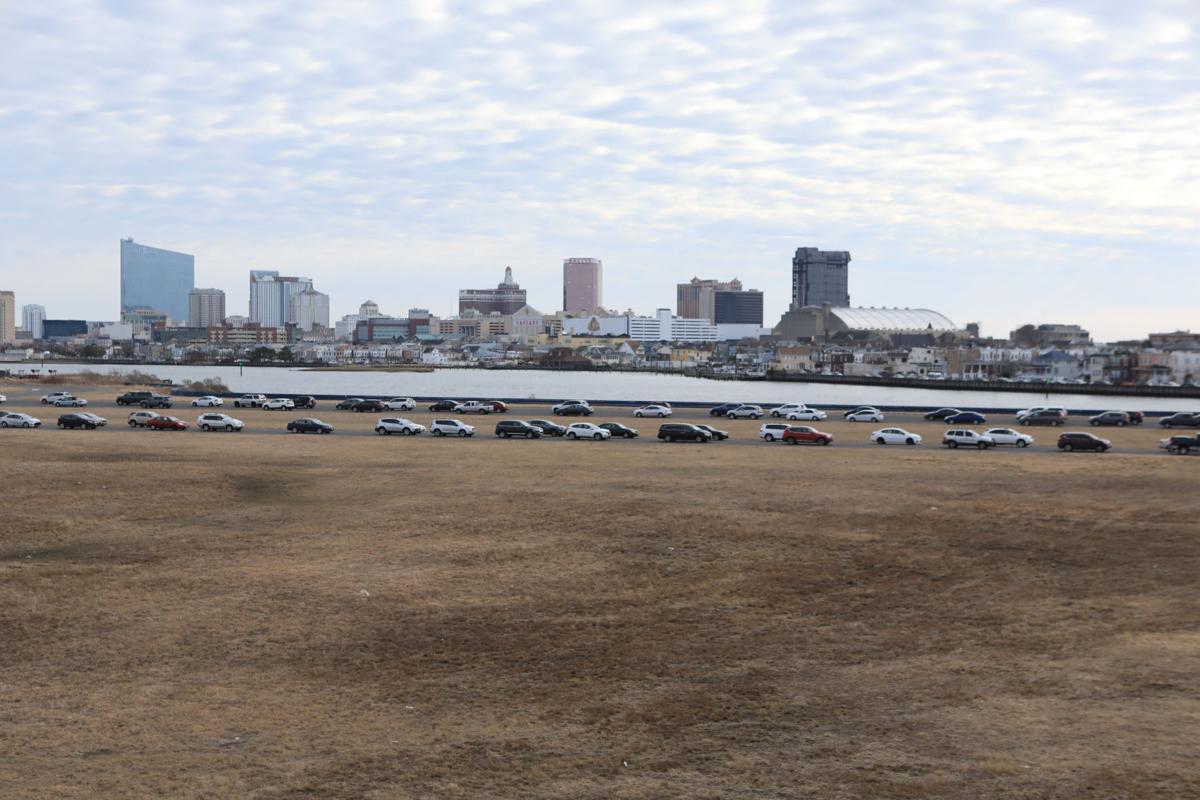 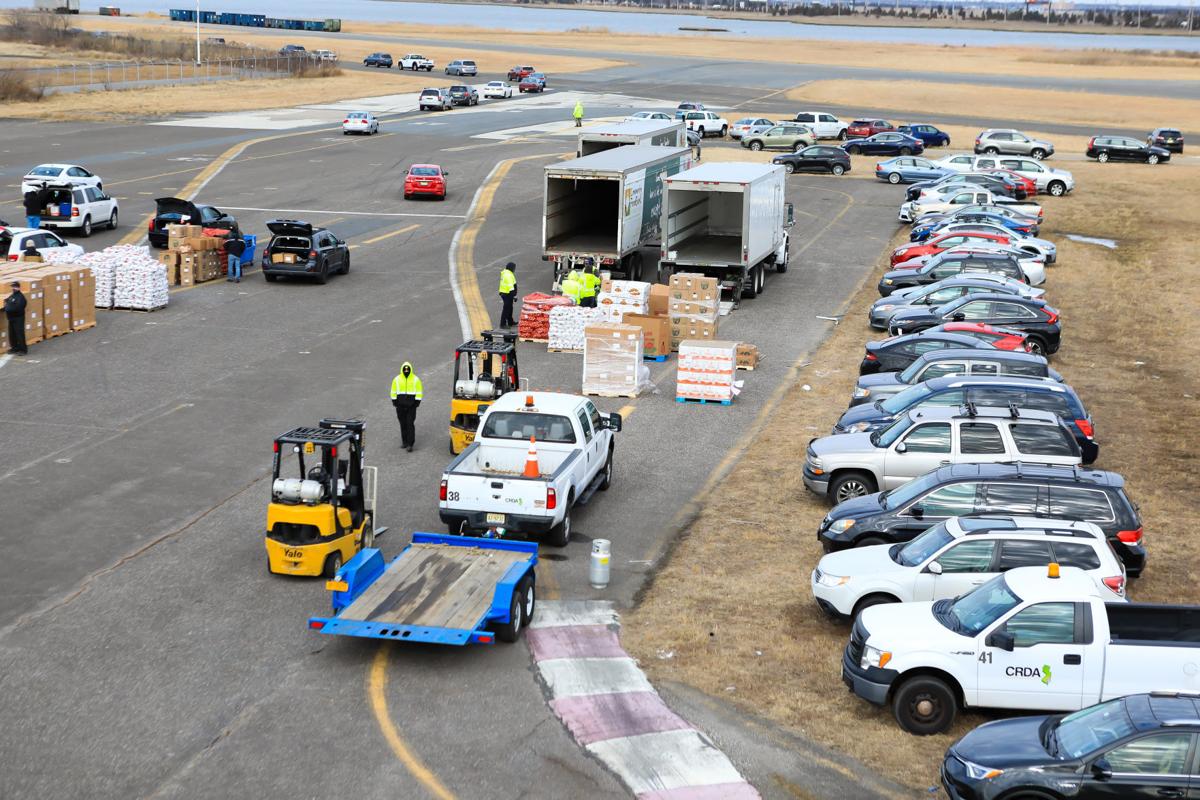 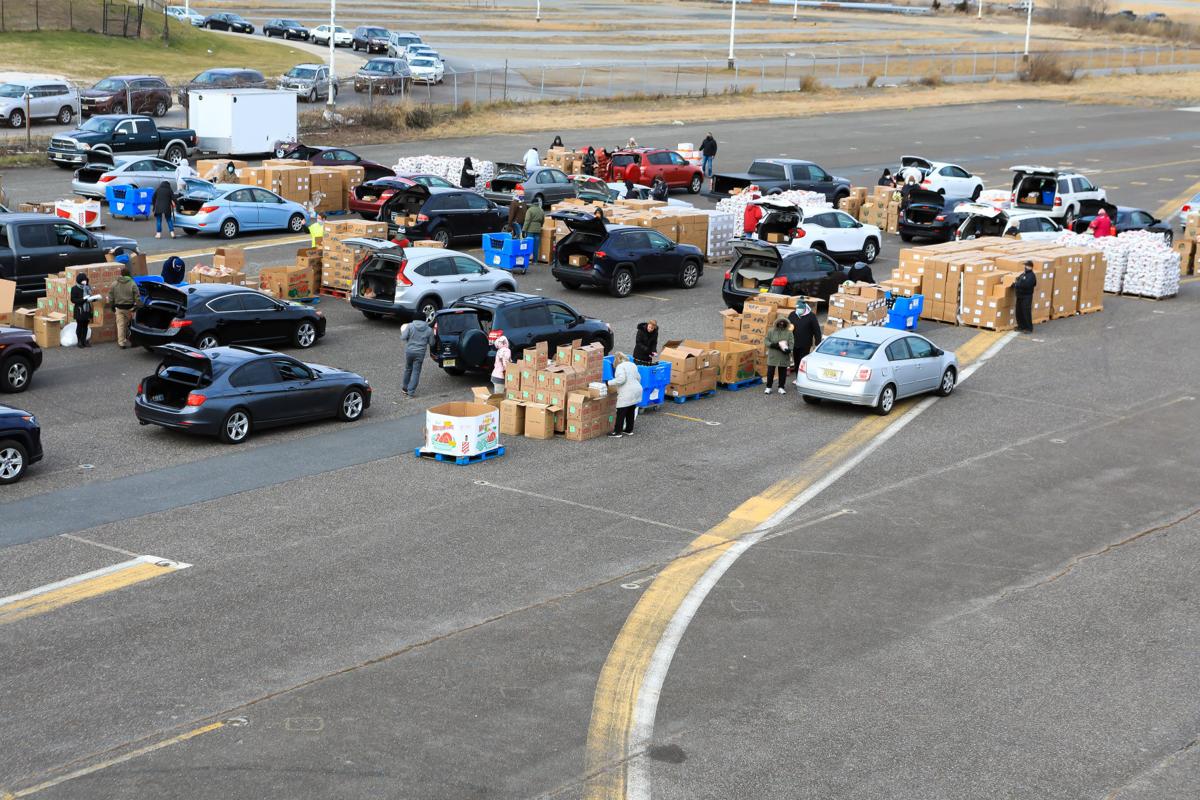 Over 14 food drives at Bader Field in Atlantic City, volunteers and organizers have learned to make the distribution, intended to help the families of laid-off casino workers, run efficiently. The food drives have been funded to run through 2021. 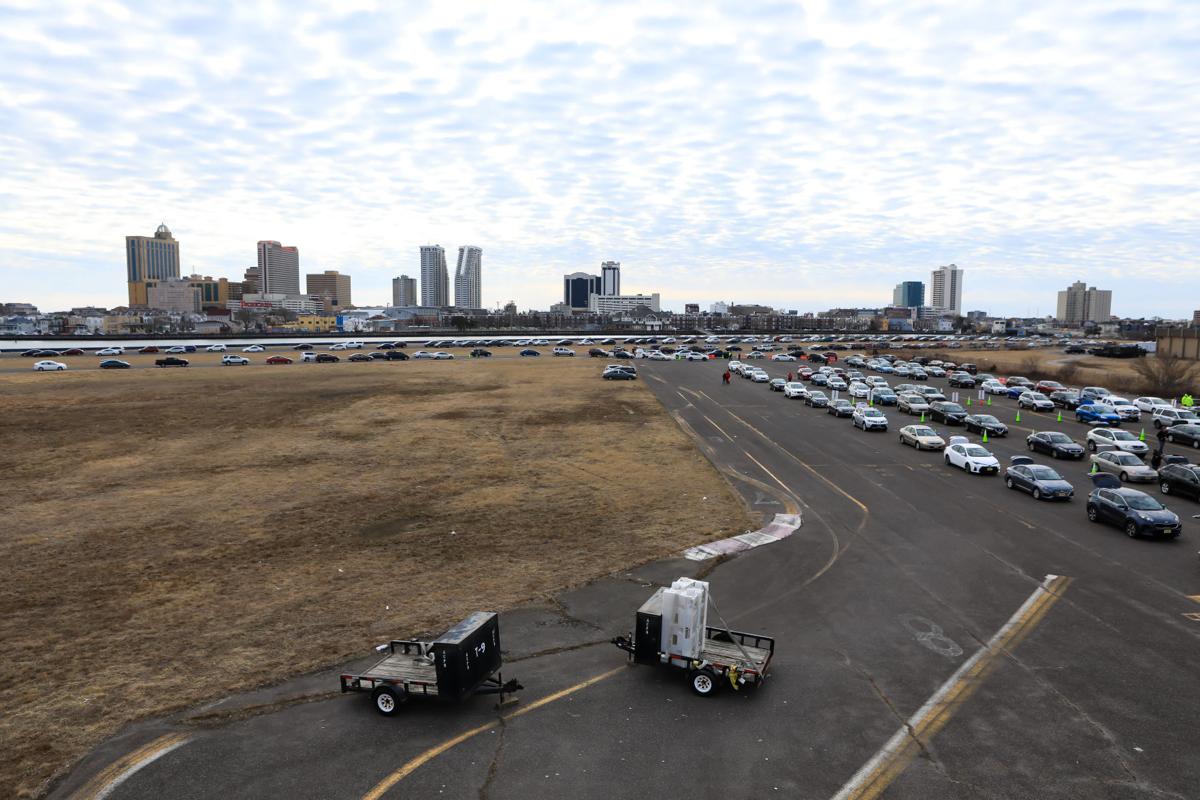 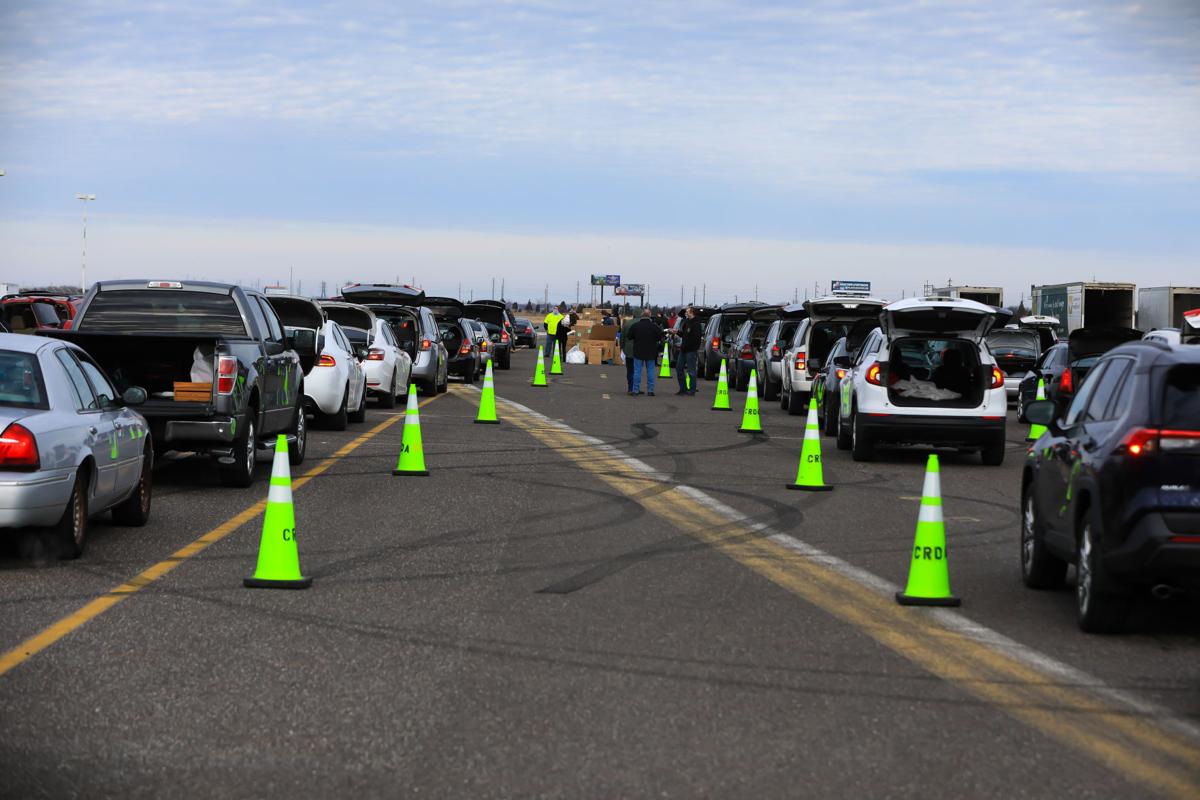 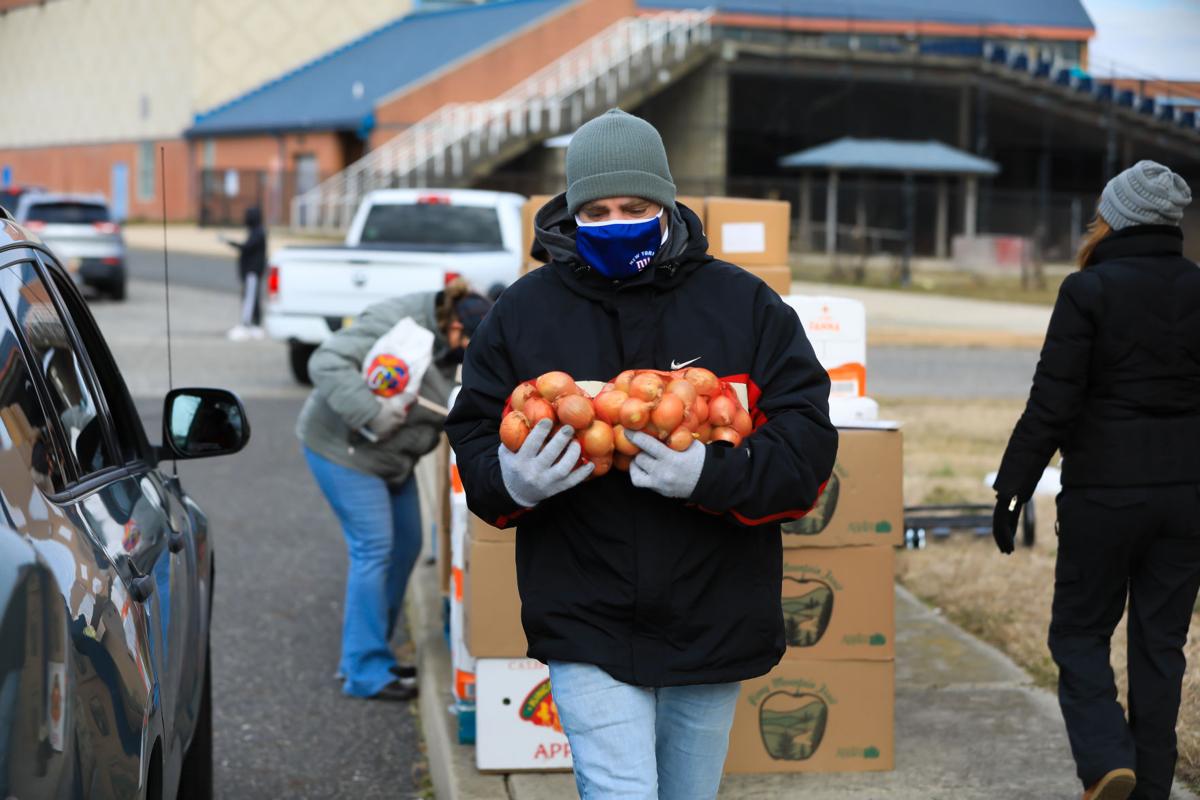 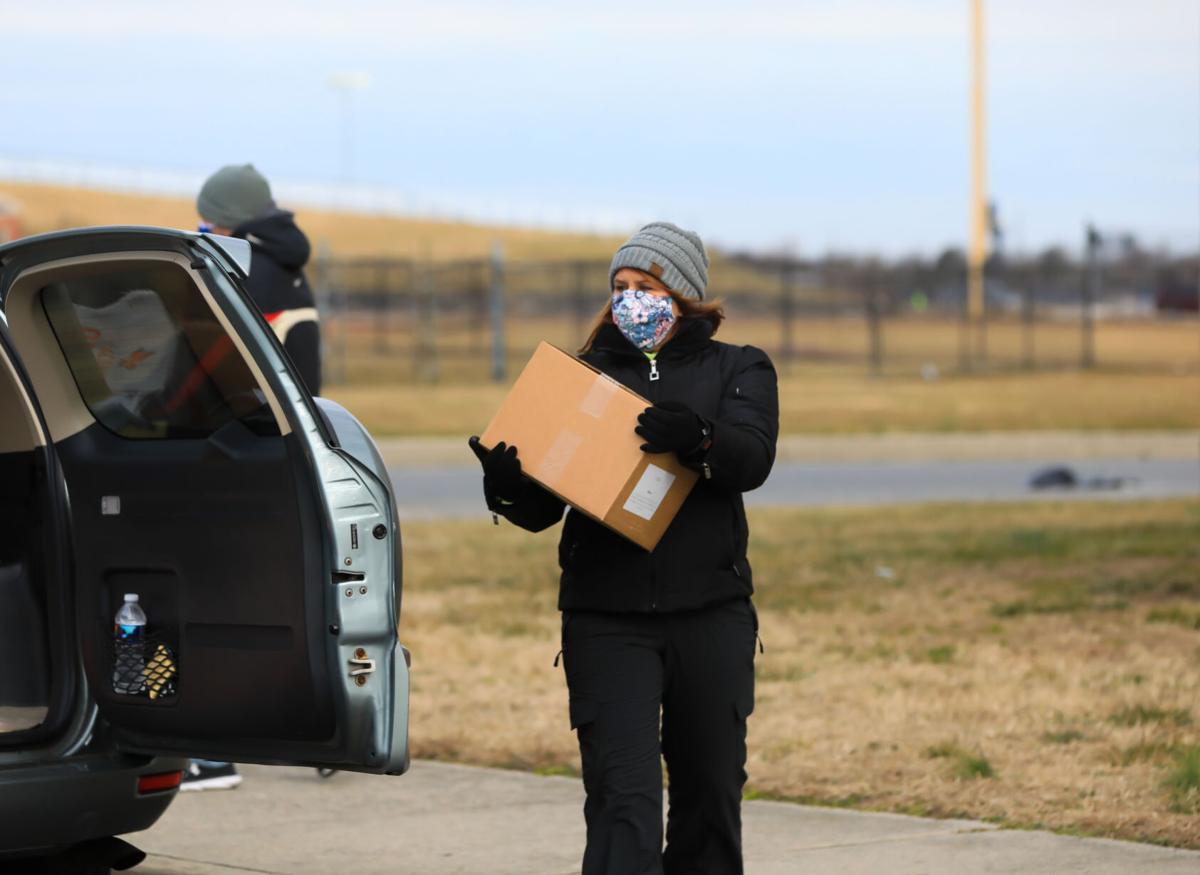 ATLANTIC CITY — Rubaid Hassnat, 20, of Atlantic City, snaked through the line of vehicles at Bader Field on Thursday in his family’s minivan to pick up food.

Hassnat was a student at Rutgers University, studying computer science, but took off two semesters as he found virtual learning to be a challenge. He also had to help support his family, so he took a part-time job in retail. His parents are both still out of work due to the COVID-19 pandemic.

Thursday was the 14th food distribution event held at Bader Field, most of which have been hosted by Unite Here Local 54 with the Casino Reinvestment Development Authority, the Community FoodBank of New Jersey and the New Jersey State AFL-CIO. A local couple also donated 20,000 masks to 2,200 families at the distribution event Thursday.

After more than 10 events feeding those who are food insecure, the organizations involved have worked out the kinks.

Trump Plaza to be demolished Feb. 17

The only problem is, they still have to have them. And there’s no end in sight.

Even with the casinos open — albeit at 25% capacity and with a myriad of restrictions in place — and a vaccine on the market, things don’t look to be getting better in Atlantic City.

The food distributions were held every two weeks during the summer and went to once a month after September due to funding. On Tuesday, the CRDA approved a $1.5 million grant to the Community FoodBank of New Jersey to continue the Feed AC program through 2021.

Hassnat knew the pandemic wouldn’t be over quickly, but he never thought we’d still be in it almost a year later.

“(The distribution event) shows me how big of an effect the pandemic had,” he said. “And how widespread it is. Even though it might not seem like it, a lot of people are affected. It’s still a big deal, after a year.”

With the vaccine available, Hassnat is hoping things will be back to normal by the summer. He plans to go back to Rutgers in the fall.

Thursday’s event served 1,800 families. Since the spring, these events have served more than 35,000 families with 2.4 million pounds of food, according to Donna DeCaprio, financial secretary treasurer of Local 54.

“The goal is to continue these once a month as long as the need still exists,” she said.

One of those people is Edina Hayek, 27, of Atlantic City. Hayek works at Devereux New Jersey, a social service organization in Egg Harbor Township.

While she’s been working throughout the pandemic, supporting her 9-year-old daughter has been tougher since COVID-19 started. Hayek must go to work, but her daughter is navigating virtual learning, which Hayek said is a challenge. Thursday’s food distribution event was the fifth one she had attended.

“It’s been very hard, very difficult,” she said. “But I’m not losing hope. Things will get better.”

Going through the line of cars, she was struck by how 10 months into the pandemic there is still such a need in Atlantic City.

“It makes me feel bad. There are a lot of people who need the help,” she said. “But I really do appreciate the help that is given right now.”

The union has more than 10,000 members, DeCaprio said. In the summer, 70% of its members were back to work. But now, in the offseason, and due to continued dining restrictions, only 55% of its members are working.

One positive step for those workers affected is that the union was able to sustain health care benefits for all of its members a little while longer.

“We’re in the middle of a health care crisis. It was extremely important that we ensure that health care be extended for our memberships,” she said. “We were able to secure contract extensions with the Caesars properties as well as MGM (Borgata), which included four months of health care continuation. That will help get our membership through the winter.”

The union is still working with the other casino properties for health care extensions.

GALLERY: Trump Plaza set to be demolished on Feb. 17

Andy Anderson, 73, hoped, along with his wife, Kathy, to get vaccinated against COVID-19 as quickly as possible, but the Glassboro couple foun…

Plenty of roadwork ahead in Egg Harbor Township

EGG HARBOR TOWNSHIP — Several new traffic patterns will be in effect this week to allow for work by the New Jersey Turnpike Authority, Atlanti…

COVID-19 vaccine call center opens Monday for those without internet

New Jersey will launch a call center on Monday to help those without internet access to pre-register over the phone to receive the COVID-19 vaccine.

Atlantic County on Sunday reported 406 new positive tests for the coronavirus that causes COVID-19 and 11 deaths.

ATLANTIC CITY — The last 13 months have been humbling for Rick Santoro.

The Casino Reinvestment Development Authority on Tuesday approved a $1.5 million grant to the Community FoodBank of New Jersey to continue the…

The Atlantic County Board of Commissioners voted unanimously Tuesday to back a $13.5 million bond in support of a state grant application to e…

Rubaid Hassnat, 20, of Atlantic City, has taken two semesters off from Rutgers University during the COVID-19 pandemic. His parents are both out of work.

Edina Hayek, 27, of Atlantic City, has worked through the pandemic but struggles supporting her 9-year-old daughter with virtual schooling.

Over 14 food drives at Bader Field in Atlantic City, volunteers and organizers have learned to make the distribution, intended to help the families of laid-off casino workers, run efficiently. The food drives have been funded to run through 2021.