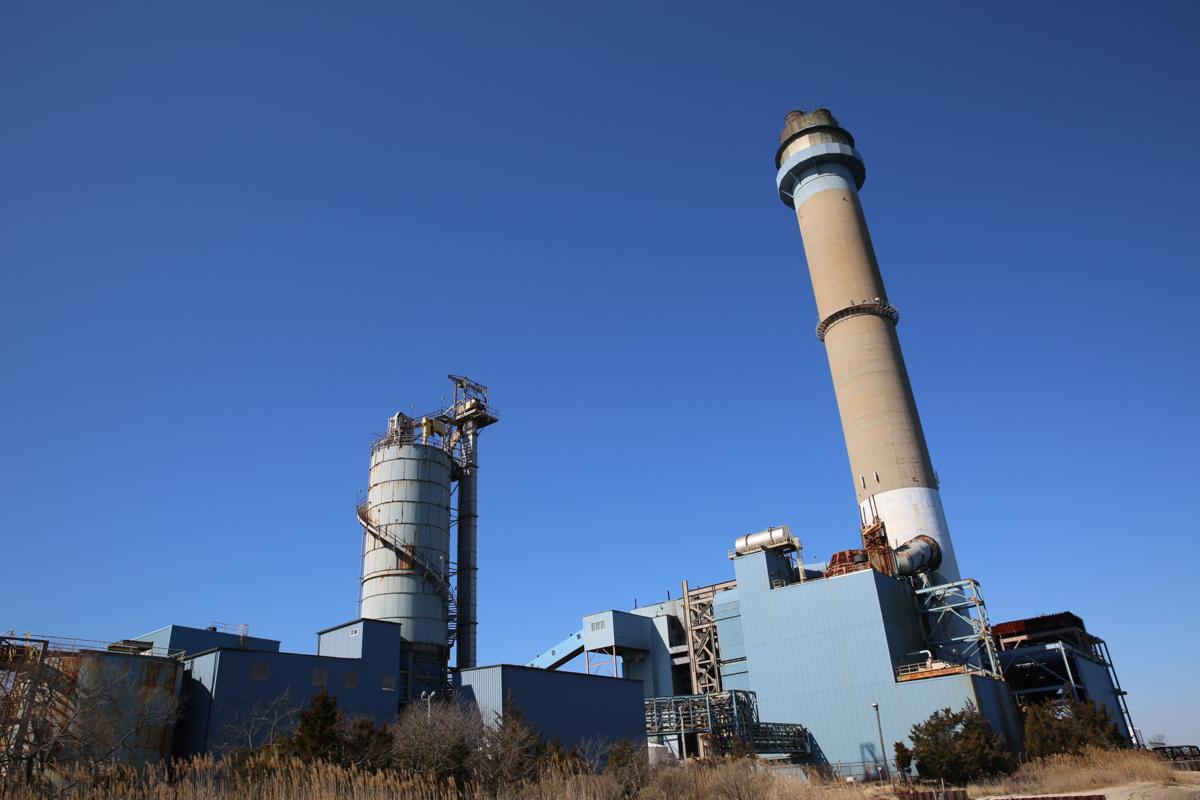 Since closing in May 2019, the B.L. England Generating Station on the shores of Beesleys Point has sat dormant, towering high above the Great Egg Harbor Bay. 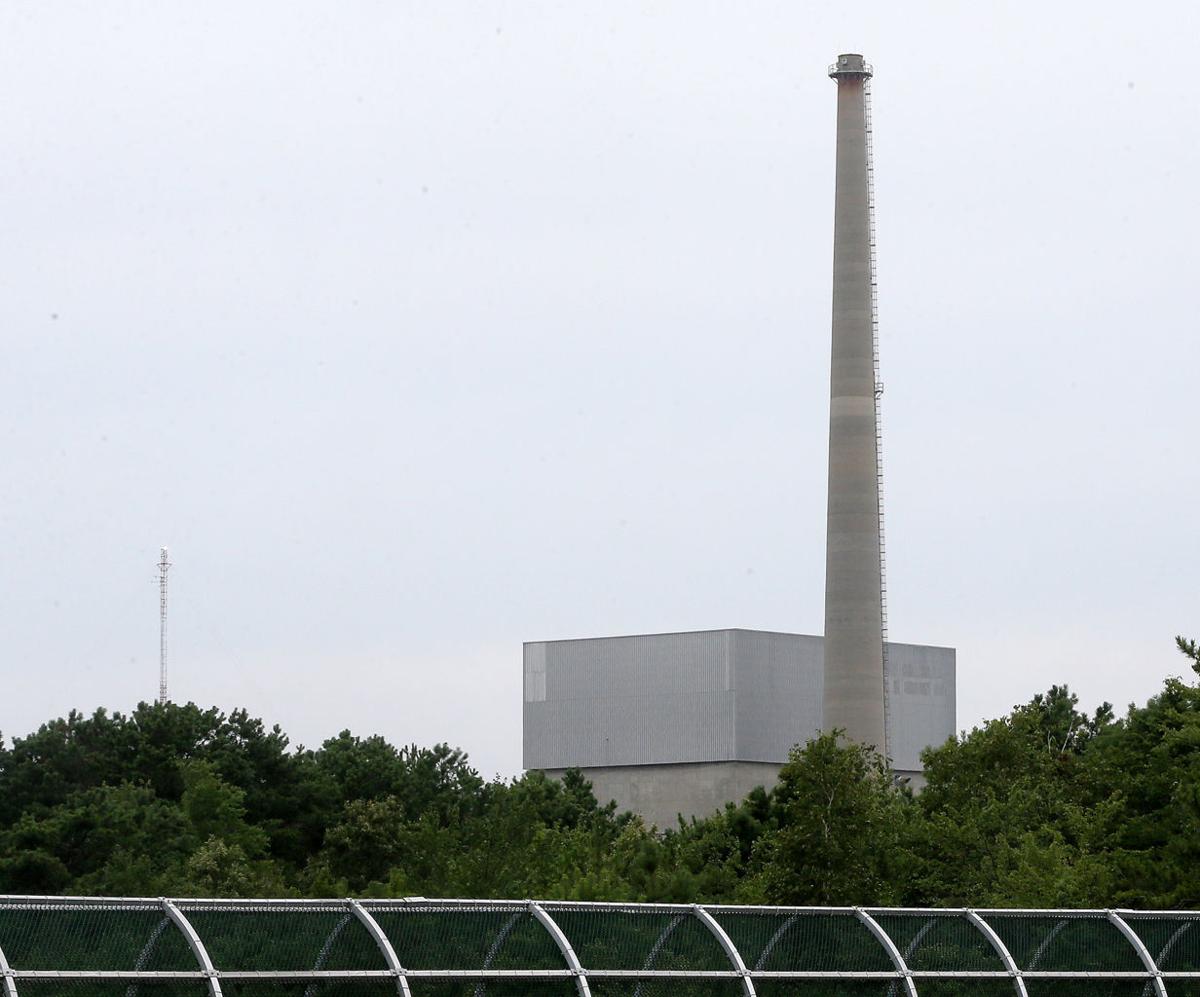 This photo from Aug. 15, 2016, shows offshore wind turbines near Block Island, Rhode Island. A large offshore wind energy project planned off New Jersey will connect onshore to two former power plants, and cables will run under two of the state's most popular beaches.

ATLANTIC CITY. N.J. (AP) — A large offshore wind energy project planned off the coast of New Jersey will connect onshore to two former power plants, and cables will run under two of the state's most popular beaches, officials said Tuesday.

At a virtual public hearing on the Ocean Wind project planned by Orsted, the Danish wind energy developer, and PSEG, a New Jersey utility company, officials revealed that the project would connect to the electric grid at decommissioned power plants in Ocean and Cape May Counties.

Cables running from the wind farm, to be located between 15 and 27 miles (24 to 43 kilometers) off the coast of Atlantic City, would come ashore at one of three potential locations in Ocean City: 5th Street, 13th Street or 35th Street. They would then run under the roadway along Roosevelt Boulevard out to Upper Township and the former power plant, which closed in 2019.

Cables also would need to cross Island Beach State Park in Ocean County, running under the dunes and beach and existing parking lots, out into Barnegat Bay, coming ashore either directly at the Oyster Creek site in the Forked River section of Lacey, or at either Bay Parkway or Lighthouse Drive in Waretown, also known as Ocean Township in Ocean County.

Pilar Patterson, permit manager for Orsted, said the onshore work in beach areas would be kept to a minimum during the summer.

She said the company had done visualization studies showing that it would be difficult for the average person to see the windmill turbines from the shoreline, noting that weather conditions, time of day and other factors all affect visibility.

Some Jersey Shore residents have already voiced opposition to the project, based on the possibility of seeing the turbines from the beach.

The project, designed to generate 1,100 megawatts of electricity, enough to power 500,000 homes, would include up to 98 turbines.

The turbines would be illuminated by two types of lighting: aviation lights atop the turbines, which would only activate when a plane is nearby, and navigation lights designed to make the structures visible to boats. The second category of lighting would not be visible from shore; they cannot be seen from farther than 5 nautical miles, Patterson said.

She said the turbines would be spaced far enough apart that recreational vessels and fishing boats can maneuver among them. Orsted and state and federal regulators said minimizing any impact on recreational and commercial fishing is a top priority in building the project.

Scot Mackey, of the Garden State Seafood Association, said the fishing community's input was not incorporated into final plans for the project.

Bob Stern of the New Jersey Coalition for Wind Without Impact, a Long Beach Island group, raised concerns about the blighting of the ocean landscape and possible decreased property values from the turbines and related work. He also said sea life including the critically endangered North Atlantic Right Whales would be further imperiled by the project.

There are less than 400 right whales estimated to be alive, according to the National Oceanic and Atmospheric Administration.

Ciro Scalera, an official with the Laborers International Union of North America, said his union supports the project and the clean energy jobs it would bring.

Christina Renna, CEO of the Chamber of Commerce Southern New Jersey said the project will help diversify the southern Jersey economy, which is currently dependent on casinos.

Orsted hopes to have the project running by the end of 2024.

Walensky: Could see virus decline by end of July

Walensky: Could see virus decline by end of July

With a no-increase budget, Cape May pushed to consider room tax hike

CAPE MAY — A public hearing is planned Tuesday on Cape May’s $20.79 million budget, which does not include an increase in the tax rate.

The public will have a chance this month to tell the feds what it thinks about the massive offshore wind farms planned 15 miles from Atlantic City.

With offshore wind, New Jersey could be launching its biggest job creator 'since the casinos'

New Jersey is betting big on offshore wind — not just to reduce carbon emissions, but with high hopes of transforming into a dominant player i…

Just across the Delaware River are the runways for Philadelphia International Airport, uncharacteristically quiet in this time of COVID-19.

The New Jersey Department of Environmental Protection is proposing that towns prepare for a world of 5.1 feet of sea level rise by 2100, when …

Since closing in May 2019, the B.L. England Generating Station on the shores of Beesleys Point has sat dormant, towering high above the Great Egg Harbor Bay.

This photo from Aug. 15, 2016, shows offshore wind turbines near Block Island, Rhode Island. A large offshore wind energy project planned off New Jersey will connect onshore to two former power plants, and cables will run under two of the state's most popular beaches.