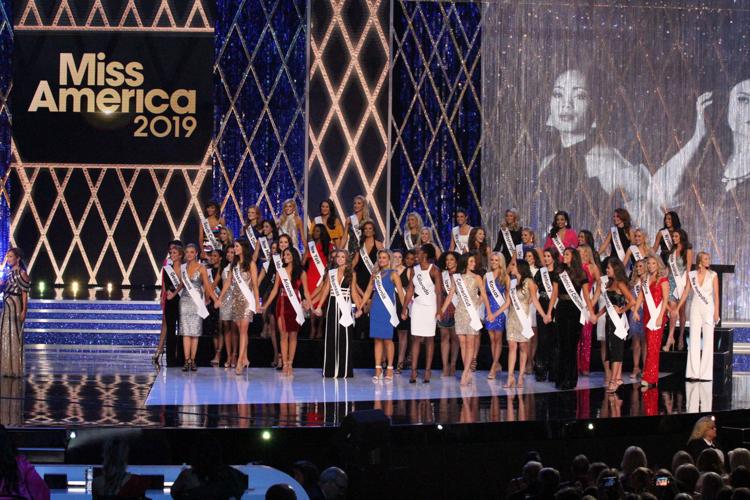 A scene from the Miss America 2019 pageant. 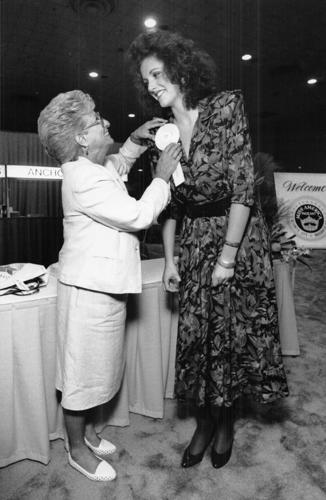 Miss America will return to Atlantic City this week to celebrate its 100th anniversary — sort of.

The Miss America Foundation, the scholarship fundraising arm of the organization, will hold a three-day event titled “Celebrating 100 Years of Volunteers” at locations along the famed Atlantic City Boardwalk where the pageant first began in 1921.

As many as 250 volunteers and 15 former Miss Americas planned to attend events, including a “champagne cruise,” the screening of a movie titled “The Forever Miss America Story” and a recognition breakfast. The events are all part of a fundraiser for the foundation.

“One hundred years is pretty significant,” said Sherry Amos, a board member of the foundation, which is a separate nonprofit from the Miss America Organization, which runs the pageant.

“The (Miss America Foundation) came up with the idea of having a reunion and inviting everyone back,” said Amos, who competed in Miss Gloucester County and Miss Atlantic City when she was younger. “The group wanted to reconnect and continue to celebrate women and scholarships and all the rich history involved with (the pageant).”

“The history of Miss America was in Atlantic City,” Amos said.

Apparently it didn’t make complete sense to those who run the pageant.

The Miss America Organization will hold its own celebration at its new home at the Mohegan Sun in Connecticut on the same three days as the events in Atlantic City.

“I wasn’t really involved with the other event,” Amos said, emphasizing that the Miss America Foundation is a separate nonprofit from the Miss America Organization and has nothing to do with the competing event. “I didn’t even realize it’s at the same time. That could be more of a broad national kind of thing. I’m not really sure why they are having that.”

Miss America Organization CEO Shantel Krebs responded to a request to talk about the conflicting events by emailing information about the Connecticut celebration — which includes a “Show Us Your Shoes” parade in Mystic — and stating “I have nothing more to add.”

And while there’s no doubt recent infighting inside the organization has diminished some of the pageant’s cultural impact with venue changes, declining TV ratings and the exodus of sponsors, it’s still a 100-year organization.

“What other pop culture brand or icon is still relevant in our era from the 1920s?” asked Amy Argetsinger, a Style editor for the Washington Post, who has a book coming out this week titled “There She Was: The Secret History of Miss America.”

“It’s Miss America and Mickey Mouse, and that’s it. You can talk on and on, over and over about what it could have done to change or adapt to the changing times, but honestly, they’ve had a pretty good run. It’s remarkable that it has lasted as long as it has,” she said.

And Argetsinger credits a lot of that success to volunteers such as Lynn Caterson, who is excited to be taking part in the festivities this week in Atlantic City.

Caterson’s relationship with the pageant began in 1972 when she moved to Absecon as a new mother and attorney and was looking for a way to support education for women. The recent University of Pennsylvania graduate joined the Atlantic County chapter of the American Association of University Women, and many of the members were Miss America hostesses.

“They shared with me that the Miss America Organization’s focus was scholarship for women,” Caterson, 76, said. “Back then in the United States, it was the only, or one of the only, organizations that did scholarships for women.”

After an extensive questionnaire and interview, she became a hostess, and for the next 33 years volunteered her time while running her own law firm to help guide a contestant while they were in Atlantic City. Her role would sometimes change from year to year, but primarily she was responsible for driving a contestant around the area to various engagements, including photo shoots and interviews with the media.

“I look at it like if someone comes into town and has a huge job interview that takes two weeks and has no transportation, and doesn’t know where the various locations are that the interviews have to happen,” she said. “It’s like you have a house guest with the one exception: She’s not living at your house, she’s living at a hotel or a casino.”

During those years, she developed friendships with a lot of the contestants she hosted. Some have invited her and her husband, Jim, to weddings in other states, and she’s met other contestants when they come back to Atlantic City.

“To me, I’ve never had a contestant that wasn’t a Miss America, but I did have one crowned Miss America,” she said.

That one was Vanessa Williams, Miss America 1983. Caterson said she still occasionally meets with Williams when she comes to Atlantic City to perform. But she will never forget what Williams did for her family shortly after she was crowned and before the title was taken away from her due to a nude photo scandal.

The week before her crown was taken away, Williams was in town to perform and receive an award. The day also happened to be the one-year anniversary of the death of Caterson’s father. Caterson brought her mother and daughter along to have lunch with Williams, when the Miss America offered a suggestion to help console the family.

“She said, how about after the luncheon we take off our (Miss America) badges and give your mom another memory for that same day. In addition to your father dying, she could have the memory that she spent the afternoon shopping and talking with Vanessa Williams.

“I certainly appreciated it from the beginning, but when I found out what had actually happened later (her crown being taken away later that week), I was all the more grateful.”

It’s memories like these that have instilled in volunteers such as Caterson a love for the pageant, despite whatever turmoil is going on with the organization that runs the pageant.

“It was a wonderful important part of my life,” she said. “I felt honored to be part of the organization that was doing so much for these young women. The memories are there, and the friendship with the other hostesses are there, and I still watch and still love the pageant.”

According to Argetsinger, it’s these “grass-roots” volunteers that have kept the pageant going.

HAMILTON TOWNSHIP — Volunteerism has been the focus of a celebration this week in Atlantic City for people with ties to the Miss America Competition.

This year’s Miss America Competition finally has a date.

Miss America artifacts to be accessible online via Rowan University

GLASSBORO — People interested in the Miss America Organization soon will have online access to decades of archives on the scholarship program.

If you want to catch the 100th anniversary celebration of Miss America next month, it won’t be as simple as turning to NBC.

The Bordeaux region, in crisis, calls for help to pull out vines

The Bordeaux region, in crisis, calls for help to pull out vines

Shocking royal family interviews that changed the course of ‘The Firm’

Shocking royal family interviews that changed the course of ‘The Firm’

A scene from the Miss America 2019 pageant.