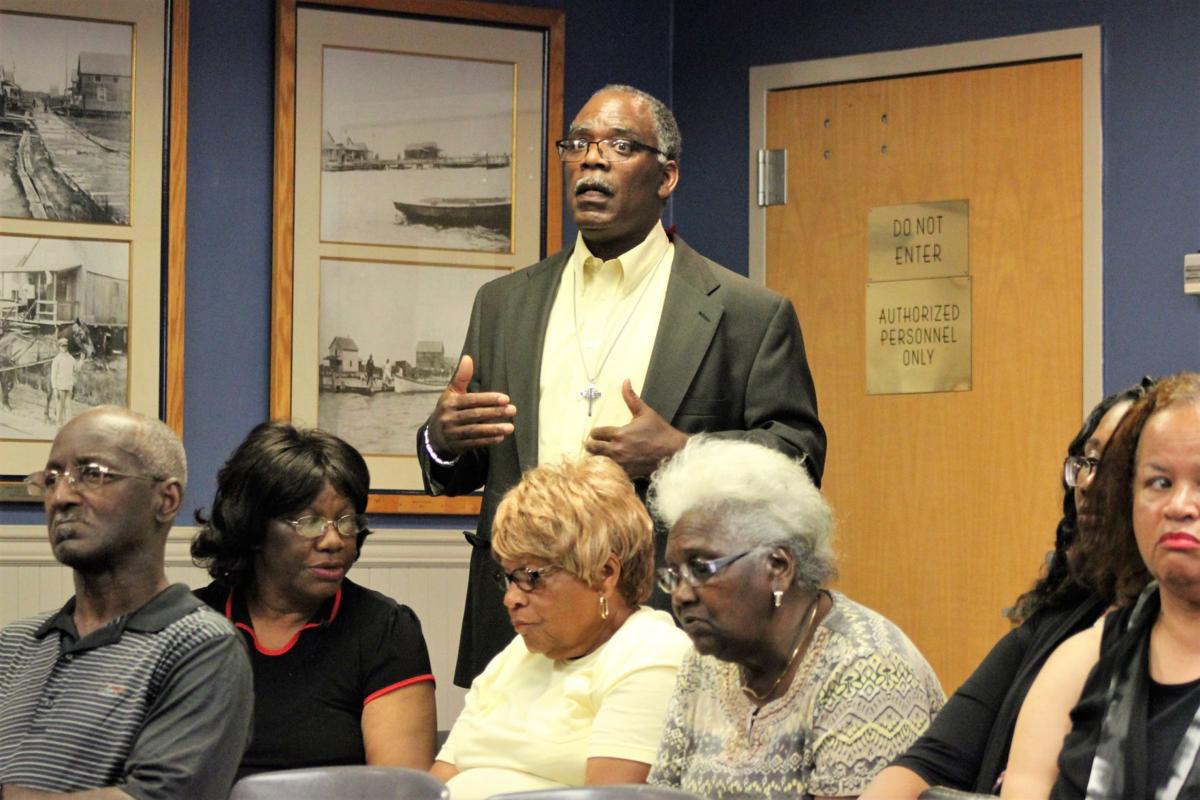 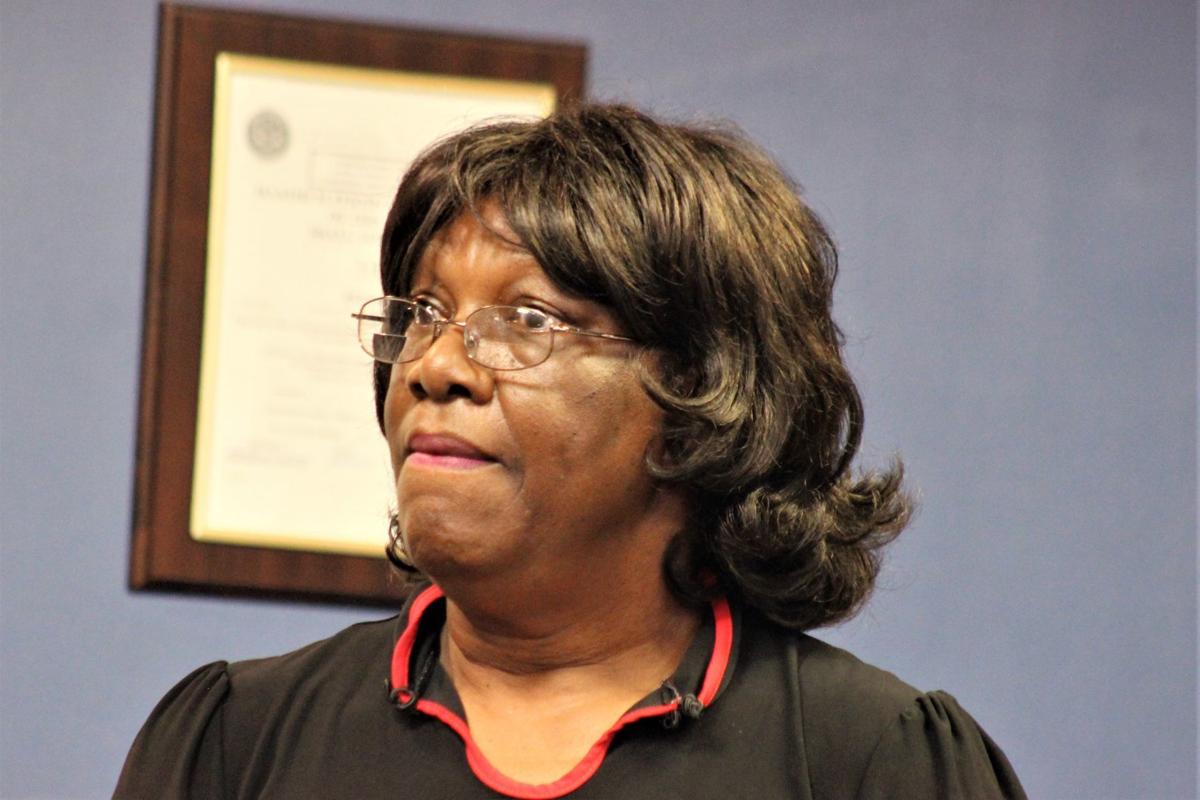 Resident Shirley Green does not want a new post office for Whitesboro named for George White, one of the founders of the community in the early 20th century. 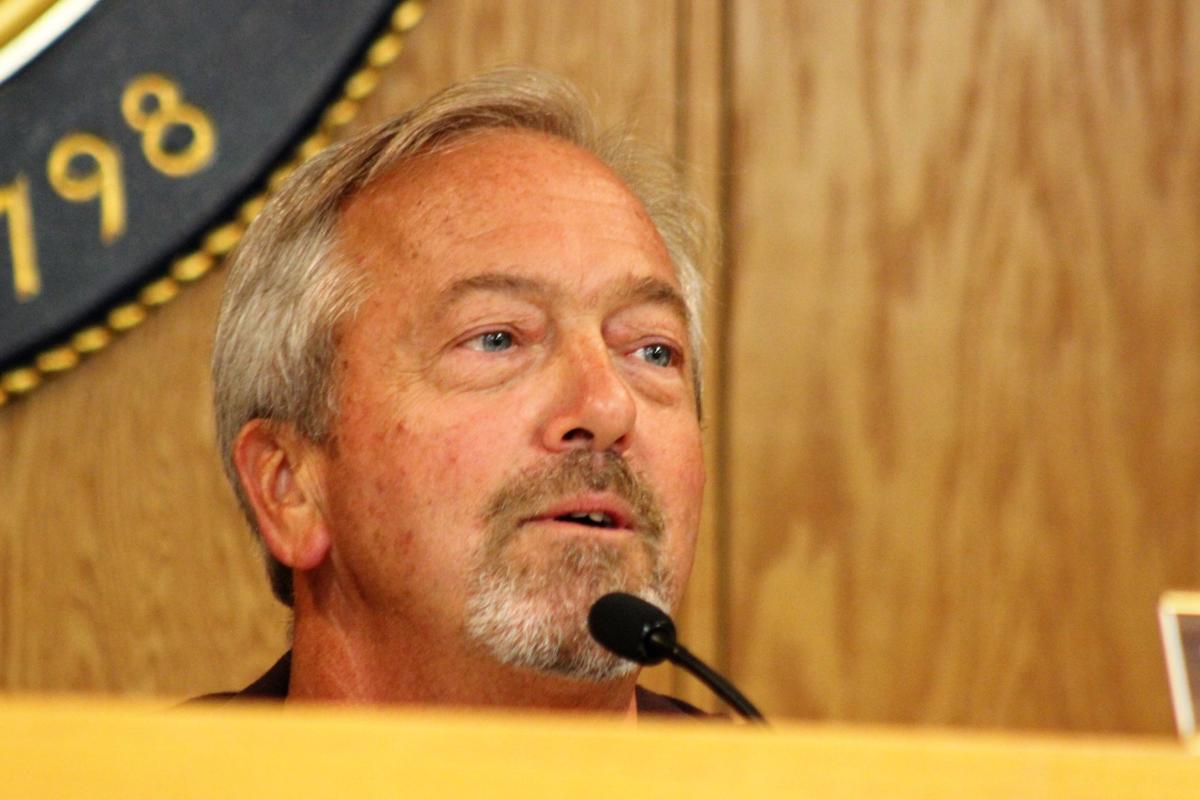 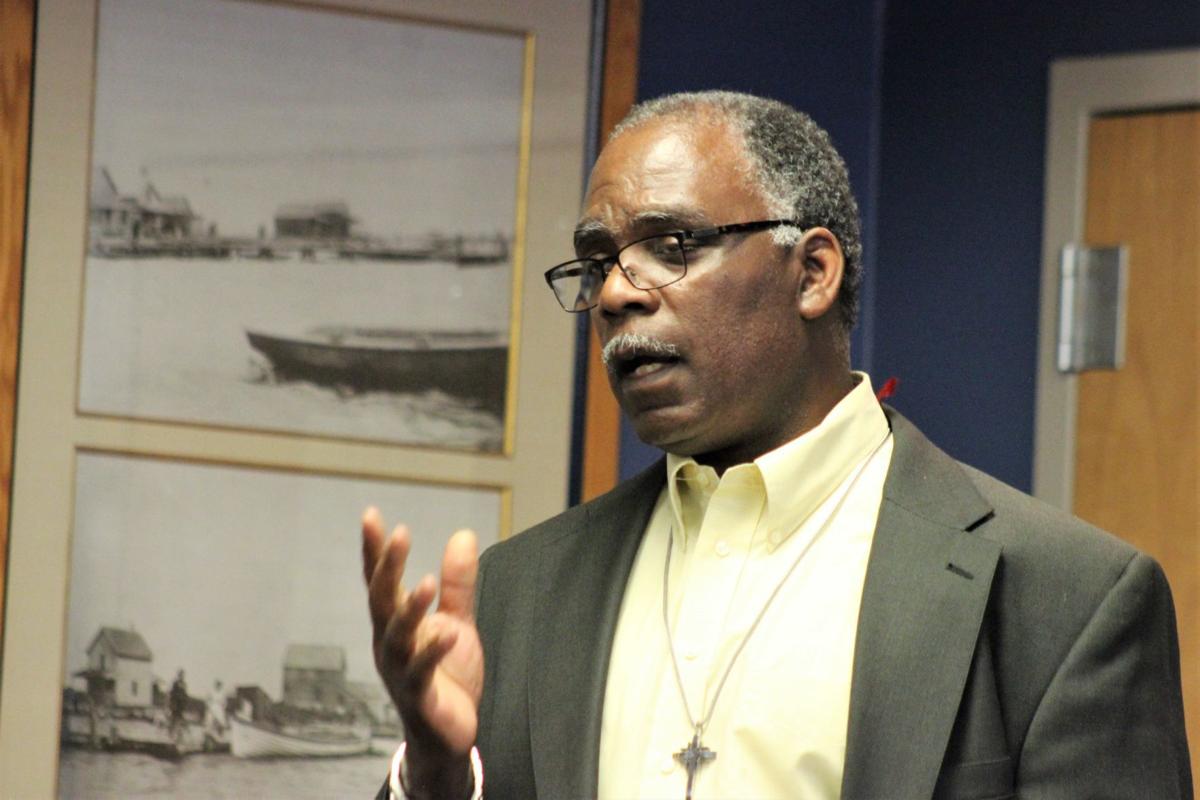 MIDDLE TOWNSHIP — Township Committee last week unanimously approved a long-term lease for a property at Route 9 and Main Street to serve as the new home for the Whitesboro post office.

But not before a group of neighbors took issue with the decision, raising concerns about traffic safety, congestion and the quality of the new post office construction. Plans call for the 40-foot-by-11-foot building to be built off site and delivered.

“We should have the same rights as every other resident, because every other little town has a nice post office that’s brick. I hate to see this little modular thrown up in Whitesboro,” said resident Anita Shelton during the July 15 meeting. A neighbor of the site, she was also concerned about parking and whether there would be enough safety precautions in place.

Mayor Tim Donohue said the township has not seen any plans for the site, adding the U.S. Postal Service would most likely not begin that process until it had a lease for the property.

Donohue said the township worked closely with the Postal Service to find a suitable location for the new post office. He said Whitesboro residents have made clear that having a post office is important to them and part of keeping the sense of community for that section of the township.

Postal Service representatives had asked the township about the two lots at the northeast corner of the intersection, Donohue said. Under the lease, the Postal Service will pay $4,800 a year for the use of the lots, through May 31, 2024. According to the ordinance, that lease can be extended into 2044.

Can Whitesboro remain a cohesive community in changing times?

“We’re only leasing them the land. They would have to go for any approvals that anyone else would have to go for, as far as parking, zoning, planning, construction and all of that,” Donohue said. The design and construction will be up to the Postal Service, he said, adding public presentations indicate the modular building will be similar to the post office in Dennis Township.

“I think it’s a good location. It’s prominent, visible, it gives a sense of identity to the community. It will be handicap-accessible, of course,” he said.

The township has also requested the post office be named for George Henry White, a Reconstruction-era member of Congress from North Carolina who helped found the community that bears his name. There is a memorial to White at the corner, and Donohue said the township will seek to incorporate the memorial into the post office design.

The former Whitesboro post office was in a trailer near the tennis courts next to the Martin Luther King Center on Main Street, but township officials say that trailer was in dilapidated condition.

“We worked very hard to get that out of there because it was an eyesore,” said Committeeman Michael Clark. “You guys deserve better. Everybody deserves better. You deserve a nice post office.”

Resident Shirley Green, who has created an exhibit on the history of Whitesboro, does not support naming the post office for White. She asked whether any other post offices in the county are named for an individual and why it was considered.

“People I’ve talked to in the community believe that the post office and the zip code are a source of pride and identity for the people of Whitesboro,” Donohue said. “Would you agree with that?”

“No, I don’t,” Green replied. “Just to name it, I think it’s being stigmatized.”

Township Recreation Director Matthew Roberts said later he had proposed the name change as a way to honor the history of the area. Donohue said there was concern among some Whitesboro residents that what he called “the unique American story” of the community could be lost.

The township has reached out to U.S. Rep. Jeff Van Drew, D-2nd, asking for congressional action to name the post office for White, but no decision has been made.

“You’re the first person I’ve talked to who thought it was a bad idea,” Donohue told Green. “I’m not quite understanding why. How is that a stigma, honoring someone’s memory?”

Neighbors also spoke about traffic congestion along Route 9. Committee members said the crosswalks and other pedestrian safety measures for crossing Route 9 will be improved with the expected increase of people walking to the site.

Donohue promised to work to get the Postal Service to hold a community meeting on plans for the new post office.

“And what if it winds up, pretty much, we’re here and our input really means nothing?” Green asked.

“I guess it would fall into the category of ‘no good deed goes unpunished.’ Because we worked very hard over the past year to save the post office in Whitesboro. With all of your help,” he said.

According to Donohue, the Postal Service wanted to close the Whitesboro post office but was convinced to install a new one instead.

In an opinion piece, Middle mayor mocks concept that all Republicans are white supremacists

SOMERS POINT — Mike O’Brien sees more people than ever on his mail route.

MIDDLE TOWNSHIP — Whitesboro’s new post office will open to the public Saturday, with a ribbon-cutting ceremony coming at a later date, accord…

Resident Shirley Green does not want a new post office for Whitesboro named for George White, one of the founders of the community in the early 20th century.