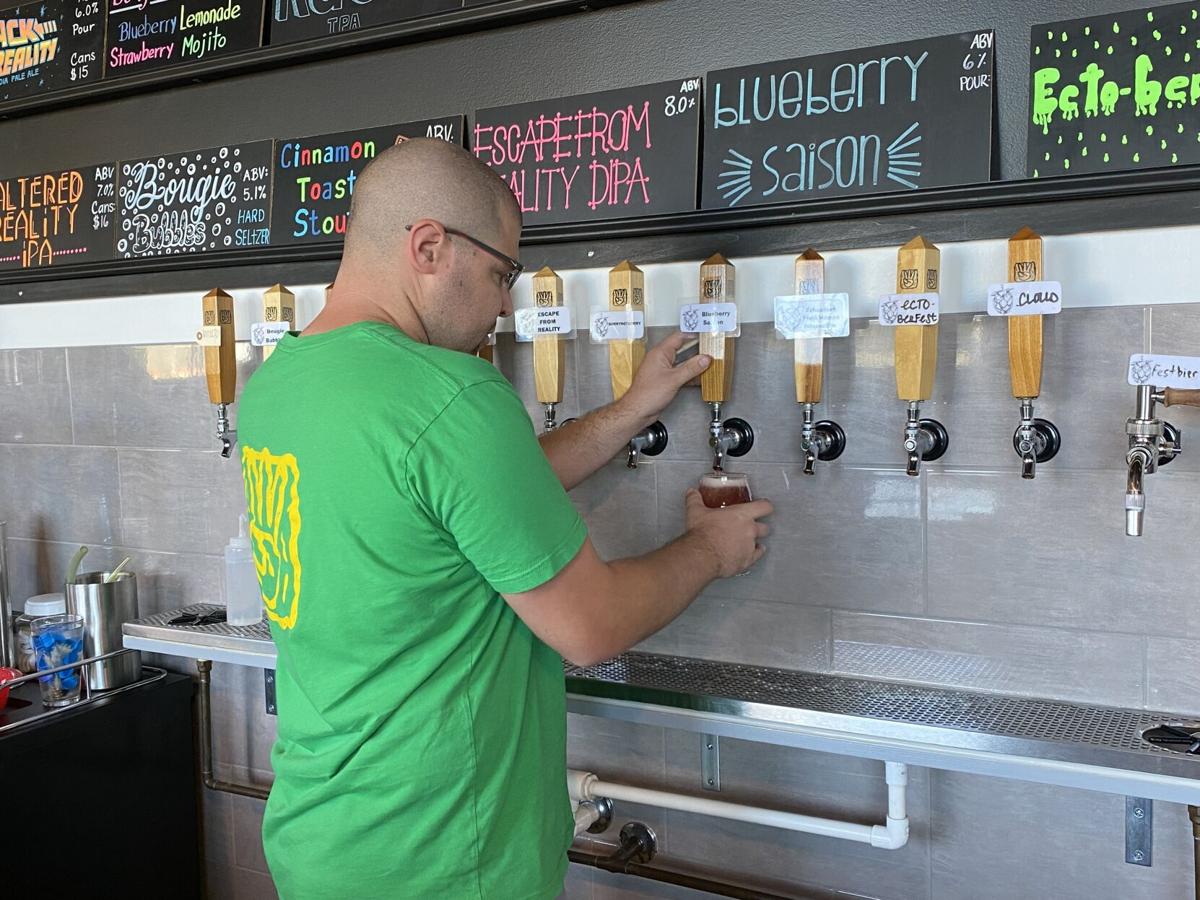 Jon Geller, co-owner of Three 3’s Brewing Company in Hammonton, called New Jersey’s new law requiring breweries be highlighted and brewery trails created on the state’s tourism website a step forward. “It gives me hope that they are gonna start helping our industry as a whole,” said Geller, 31, of Hammonton. 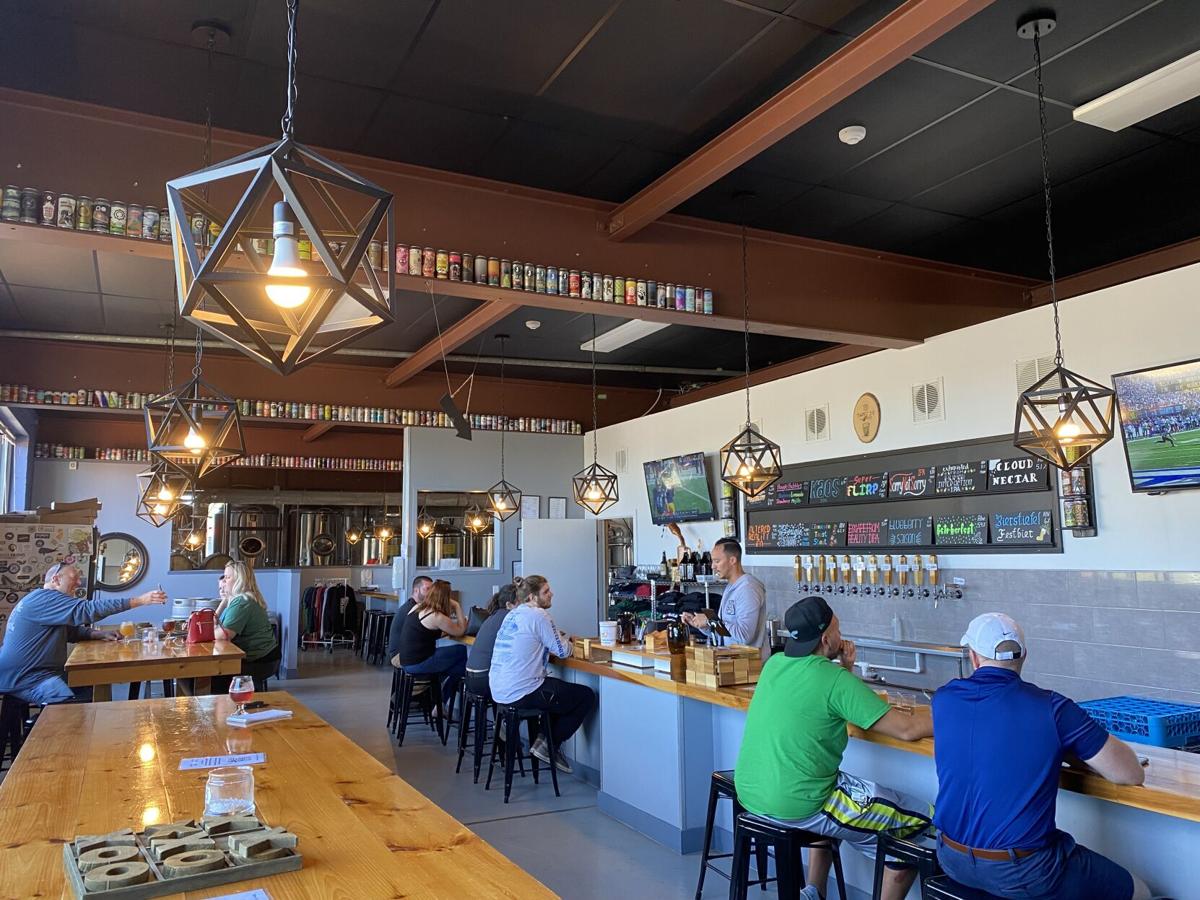 Three 3’s Brewing Company is one of three breweries in Hammonton. The other two are Vinyl Brewing and Chimney Rustic Ales.

Gov. Phil Murphy signed into law Friday a bill supporting New Jersey’s craft breweries, a step in a positive direction according to some of the beer spots in South Jersey.

The legislation, sponsored by state Sen. Steve Oroho, R-Morris, Sussex, Warren, enlists the Division of Travel and Tourism to group breweries by geography and style, and establish and promote a series of brewery tour trails. A minimum of three trails are required, the law states.

“New Jersey is home to more than 100 craft breweries and the number continues to grow,” Oroho said in a news release. “By promoting responsible brewery tours, we will introduce more people to the creative craft beers produced in micro-batches by these unique brewpubs. It is going to be a boost for the niche industry, as well as nearby complementary businesses like sandwich and dessert shops.”

The new law will require the state travel and tourism division to publish vacation and day-trip ideas focusing on specific brewery trails, including nearby lodging, restaurants and entertainment attractions.

“When we founded the Cape May brewery, our mission was to help put New Jersey on the map for craft beer,” Cape May Brewing Co. co-founder Ryan Krill said in a statement. “Ten years later we are honored to be a part of a community of 130 passionate and proud breweries in the state. I am thrilled that Gov. Murphy and our legislative champions in New Jersey recognize that our state is truly a beer tourism destination, and that Cape May Brewery can continue to do its part by giving our fans delicious, fun and innovative new beers.”

Standing behind the bar of their tap room, he was an immediate fan of the new law and the possibilities it brings.

“It gives me hope that they are gonna start helping our industry as a whole,” said Geller, 31, of Hammonton, “and this is a small step toward there being less restrictive laws (and) more inclusive laws that will grow our industry even further.”

According to newjerseycraftbeer.com, there are about two dozen breweries in Atlantic, Cape, Cumberland and southern Ocean counties. Three 3’s is one of three in Hammonton — Vinyl Brewing and Chimney Rustic Ales are the other two.

Eric Orlando, executive director of the Brewers Guild of New Jersey since 2018, said the trade group will work with the Division of Tourism and Travel, which will consult the guild on creating trails throughout the state.

Orlando said this is a few years in the making.

“We’ve been researching what other states have done over the years,” said Orlando, 42, of Hopewell Township. “We approached the state a while back to put these together. A list of some breweries were on their website at visitnj.org. We’d see a list of wineries and breweries, but there wasn’t really a geographic trail that put them in a sequence.”

Orlando said that while this law isn’t a monumental shift for what breweries are able to do on site, what he’s heard from the Murphy administration is that they want to help breweries bounce back from any business lost during the COVID-19 pandemic.

This law is also a move in a positive direction, unlike when Murphy vetoed a bill in January that would have expanded outdoor dining opportunities around the state for restaurants, bars, distilleries and breweries. That law was rejected due to licensing complications, Murphy said in a January statement.

This new law will allow these businesses to utilize their already-established resources, inside and outside their establishments, and the state will highlight those features for would-be travelers.

Breweries and the state have been battling for much of the last decade. Mike Kivowitz, founder of newjerseycraftbeer.com, said in June that it’s way better for breweries today than it was in 2010 when those visiting a brewery could not drink more than 16 ounces of beer on site.

“In 2012, when the law changed and allowed that, that was a huge impetuous for people opening a brewery, where you could sell beer you make on site without breaking the law,” Kivowitz said. “You couldn’t buy more than 1 gallon of beer to-go before 2012. How ridiculous is that?”

The law shifting in 2012 was what caused a boom for breweries, including Cape May Brewing Co., the oldest in the county. With the emergence of Cape May and Tuckahoe Brewing Company, which opened shortly after in Upper Township before moving to its current Egg Harbor Township location, there were about 15 in the state.

As breweries started to pop up, they became the go-to spots for drinkers. Though food could not be sold at those establishments, people would bring outside food in, drink the establishment’s beers and watch sports on the breweries’ TVs. Food trucks would also park on the premises. Many breweries kept menus on hand for patrons to order food from, but that was one of many perks that the state’s Division of Alcoholic Beverage Control attempted to restrict.

In September 2018, breweries were limited to 25 special events on premise (and must notify the ABC two weeks in advance), can host 52 private parties a year and hold 12 off-premise events. They can still allow patrons to bring in outside food, and are limited to two TVs bigger than 65 inches.

In June 2019, the ABC slackened a bit by easing the required brewery tour customers must take to learn how beer is made before drinking. Many breweries got creative, setting up self-guided tours at the entrance on the way to the tasting room. Now repeat customers only have to take that tour once a year.

Geller said Friday’s law is “a step forward” and hopes “it’s the first of many steps forward.”

“It could be a real opportunity for our whole industry,” he said. “There are a lot of great breweries in New Jersey, there are a lot of award-winning breweries at (Great American Beer Fest) and all the other festivals that are national, and New Jersey is making great beer.

“The less they restrict our industry, the more that we can show that New Jersey beer is a real power player in this country as far as the beer industry goes.”

CAPE MAY — A Pennsylvania man was arrested Monday after he was found naked on the beach, police said Wednesday.

Vineland schools closed Thursday due to threat of school shooting

VINELAND — The city’s public school buildings were closed Thursday due to a threat of a school shooting, district spokesperson Gia Messore said.

CAPE MAY — Hundreds of people gathered at Cape May-Lewes Ferry park on Sunday for the final day of the 10th annual Exit Zero Jazz Festival.

MILLVILLE — New protocols will be implemented for the rest of the football season at Millville High School, athletic director David LaGamba sa…

Jon Geller, co-owner of Three 3’s Brewing Company in Hammonton, called New Jersey’s new law requiring breweries be highlighted and brewery trails created on the state’s tourism website a step forward. “It gives me hope that they are gonna start helping our industry as a whole,” said Geller, 31, of Hammonton.

Three 3’s Brewing Company is one of three breweries in Hammonton. The other two are Vinyl Brewing and Chimney Rustic Ales. 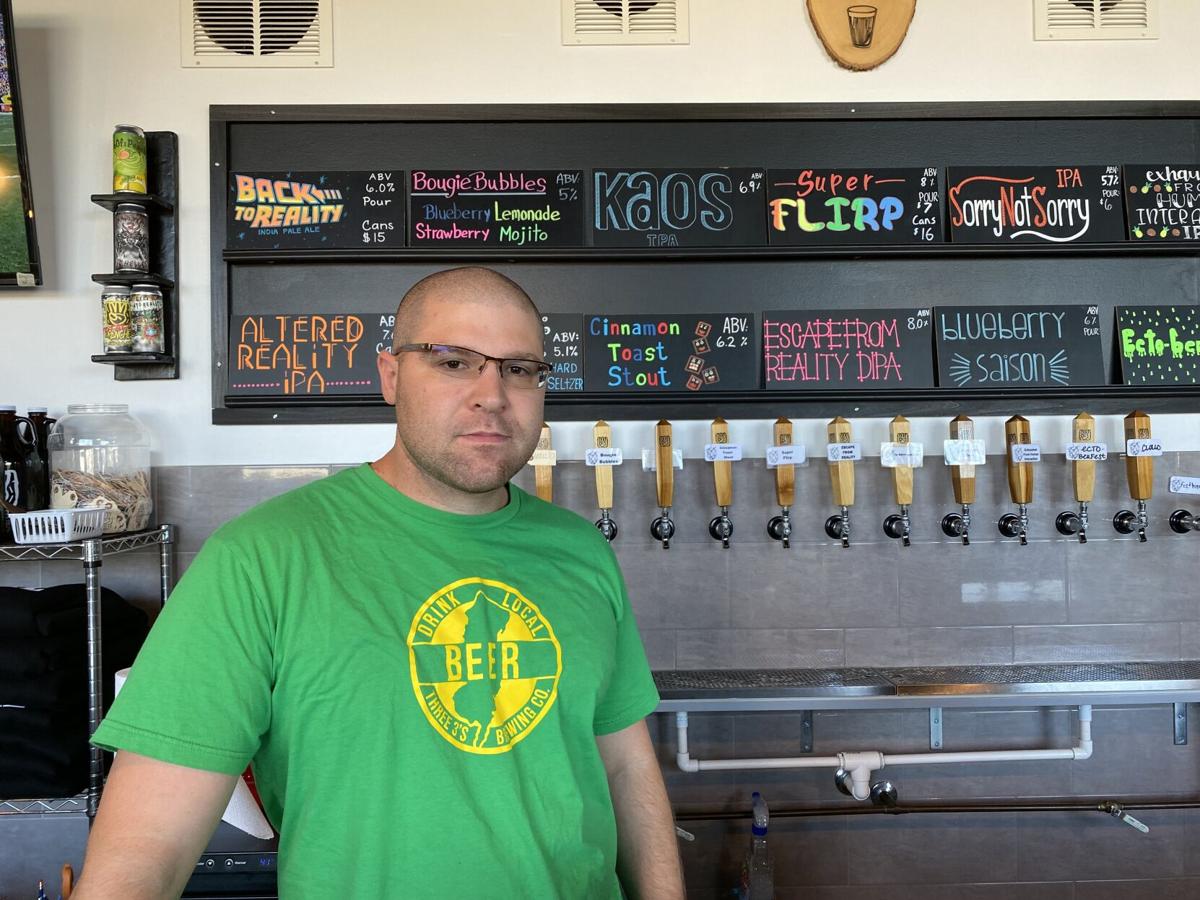