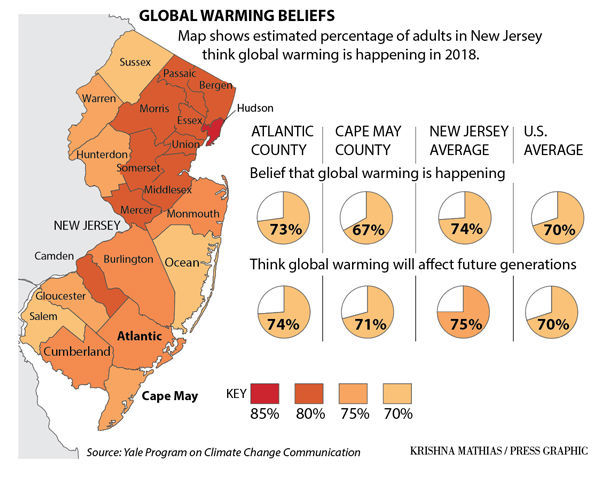 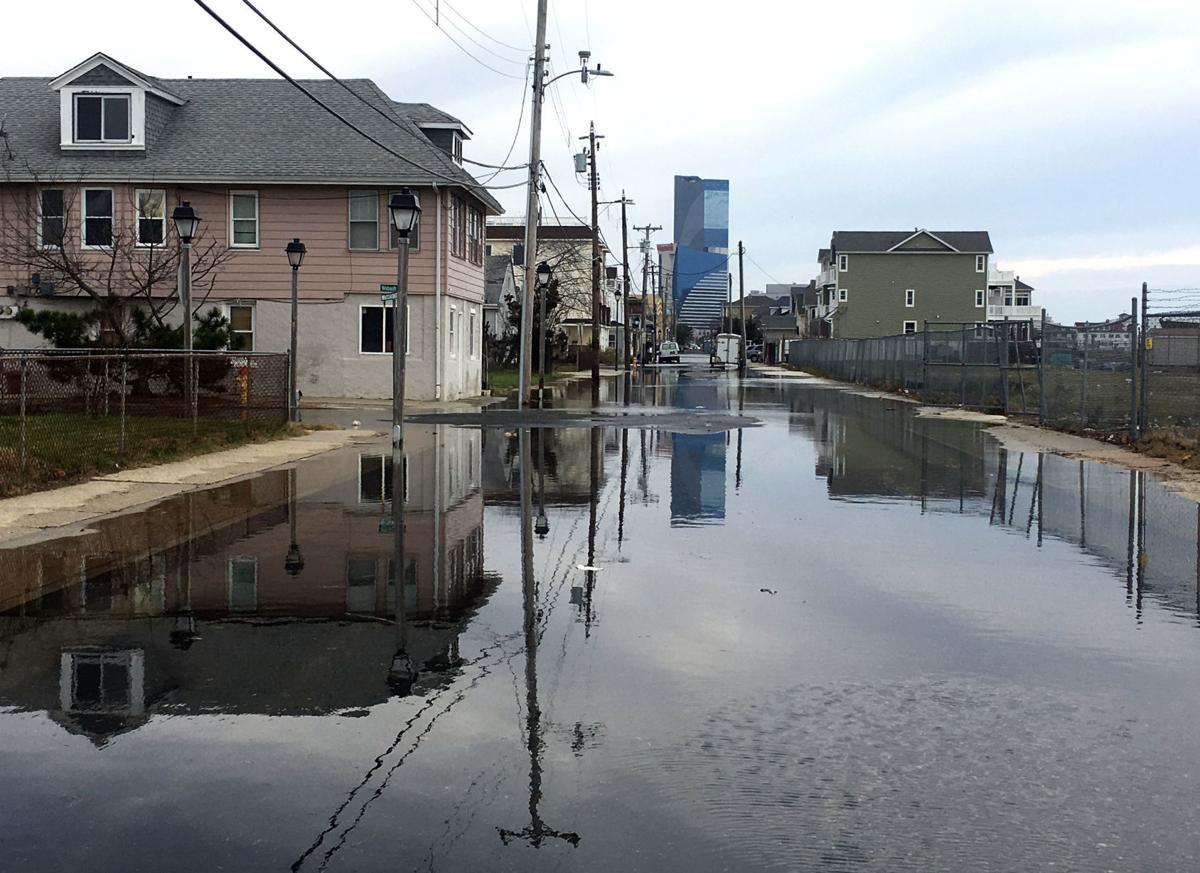 The Earth is gradually warming, but a majority of Cape May County residents don’t believe it will harm them personally.

The map shows how New Jersey residents living along and near the coast think about climate change, as well as how local views compare to those nationwide.

Researchers over the past three years have surveyed 22,000 people across the country and estimated public opinion in every U.S. county based on factors including age, gender, education and political affiliation.

Among the findings: 60 percent of Cape May County residents are worried about climate change, but only 37 percent think it will harm them personally. Seventy-one percent say it will harm future generations.

In Atlantic County, the results are similar. Sixty-five percent are worried about global warming, 43 percent say it will harm them personally and 74 percent believe their children are in danger.

“We see a general trend of counties in coastal areas having residents that are more worried about this topic,” said Dr. Peter Howe, an assistant professor of human-environment geography at Utah State University who worked on the project.

Howe said Republican voters tended to be less worried about climate change compared to Democrats, and see it as not caused by human activity.

“There are a number of counties that are directly experiencing flooding due to sea-level rise,” Howe said, “but the strongest predictor by far of your opinion on global warming is what your political party is.”

The opinion map shows broad support for regulating CO2 as a pollutant, providing tax rebates for energy-efficient vehicles or solar panels and teaching about global warming in schools in South Jersey.

Eric Stiles, president of New Jersey Audubon, said the estimates show that residents of the state understand climate change is occurring, likely because it's effects are more visible along the coast with increased flooding.

In New Jersey, 74 percent believe global warming is happening and 75 percent say it will harm future generations, both higher than the U.S. average.

"Folks of New Jersey see it occurring," Stiles said. "There's an urgency, and I'm proud to live in a state where leaders want to respond to climate change."

Flipping through his captain’s log, Larry Colangelo looks at the water temperatures off Atlantic City’s coast this past summer. Unusually warm…

A hose of rain is focused on South Jersey for most of the day Saturday. We will be doing it all over again Sunday.

Shore residents must realistically deal with climate change and its costs

TRENTON — The state is getting ready to lessen the financial burden of subsidizing solar energy development, shouldered for years by ratepayers.

The predicted effects of a warming planet on Garden State farmers are grim: crop failures, plant diseases and an influx of pests.

UPPER DEERFIELD TOWNSHIP — Lynn Maun heads outside her home each and every morning to a green post she has in the ground.

The Atlantic County Utilities Authority is getting pickier about which materials it will accept for recycling, in response to an ongoing crack…

We will continue with the holiday chill moving into Saturday. The coast-to-coast storm will bring heavy snow, sleet, freezing rain and possibl…