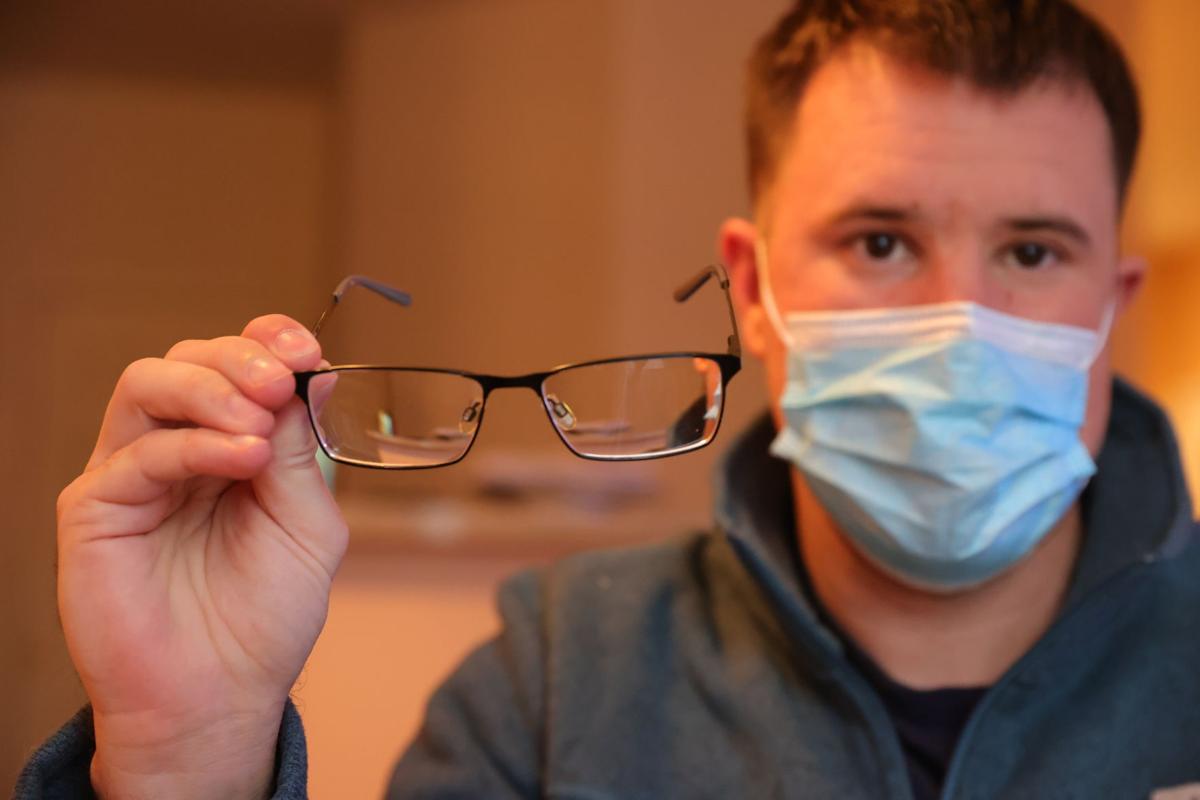 Atlantic City police Officer Jeff Hannon, of Mays Landing, got Lasik corrective eye surgery after discovering that wearing a mask made his glasses fog up. 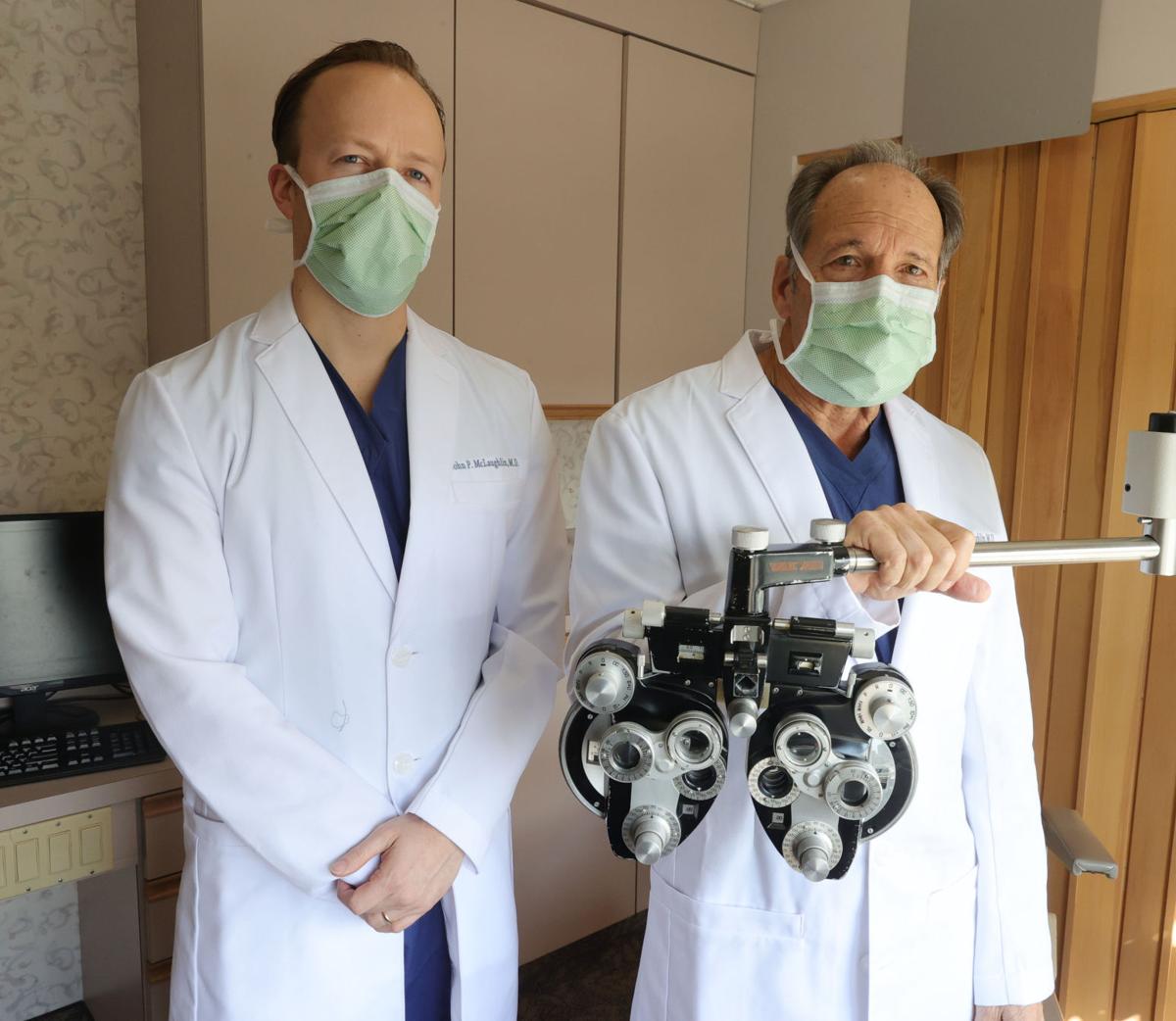 Jeff Hannon has spent most of his waking hours since he graduated from the third grade wearing contact lenses.

Hannon, 30, breaks out his glasses on rare occasions — at night when he is watching TV at home and if he has to catch an early flight.

Even though Hannon is not a big glasses wearer, he found out, as many other people already knew, that wearing a mask causes them to fog up.

While perhaps to some a minor inconvenience, for Hannon — like many during the pandemic, experts say — it pushed him to consider surgery to permanently correct his vision.

Hannon, an Atlantic City police officer, discovered the COVID-19 pandemic resulted in a reduction in crime in the city on the night shift and gave him more free time. His extra time allowed him to research Lasik vision corrective surgery, which he had wanted to have for a long time.

The Mays Landing resident had the surgery done in January.

“I decided to get Lasik during the pandemic only because when I went to Horizon (Eye Care in Margate) the first time, they did a great job social distancing. They made me feel very comfortable,” Hannon said. “My vision has been way better than when I wore glasses or contacts.”

During the lockdown, we noticed a lot of patients calling complaining about mask fogging and wanting surgery, said Dr. Sidney Gicheru, clinical spokesperson for the 32,000-member American Academy of Ophthalmology and medical director at LaserCare Eye Center in Dallas.

“Overall, our surgical volume was higher than average in 2020. When I speak to our staff and doctors, it seems to be driven by fogging from masks. Additionally, I have spoken to other surgeons throughout the country, and their experience appears to be similar,” Gicheru said.

In one day, Gicheru had two patients tell him they opted to have Lasik rather than renew their contact lenses since they were causing irritation.

On his 31st birthday, Atlantic City man loses his long battle with COVID

“Given Zoom and working from home, we are also hearing that patients are spending more time on computers. Studies show that spending long periods of time on a computer screen will slow the blink reflex, which can dry out the eyes,” Gicheru said.

During the pandemic, laser vision correction numbers have risen, Gicheru said. Patients who continued working throughout the pandemic had an increase in disposable income, he added, perhaps due to spending less on dinners out and other things outside the home.

“I suspect the population is also more geared to self-improvement in the face of the pandemic. This latter notion is because our plastic surgery colleagues report being equally busy,” Gicheru said.

“After we opened back up in the middle of May full time (after the state banned elective surgeries for a time in the early days of the pandemic), we saw a big surge in patients. We saw a lot of people coming in. People were noticing that when they were wearing their glasses, they were fogging up a lot (when they wore masks),” McLaughlin said. “It is something they had been waiting a long time to do. This pushed them over the edge to take the jump and do it.”

There has not been a change in the type of person who is interested in having Lasik surgery, said Gross, who added he does about 15 such surgeries monthly.

Suffering in silence, but never alone

Michelle Freeman became a member of a club she never wanted to join. It’s a growing club of which no woman wants to be a part.

New Jersey currently ranks eighth in the nation for the daily rate of COVID-19 vaccines being administered, Gov. Phil Murphy announced during …

Atlantic City police Officer Jeff Hannon, of Mays Landing, got Lasik corrective eye surgery after discovering that wearing a mask made his glasses fog up.