ATLANTIC CITY — The Board of Education appointed La'Quetta Small to be superintendent of schools in a special meeting packed with supporters Tuesday night.

"I want to thank President Shay Steele and the board for their vote of confidence in my ability to lead the district," Small said after the vote. "My focus will always be what is in the best interest of the students."

Small, wife of Atlantic City Mayor Marty Small Sr., will start in the new position Jan. 1 with a four-year contract at an annual salary of $210,000. She is currently principal at Atlantic City High School.

The board voted to appoint La'Quetta Small after taking public comment for about an hour, which was overwhelmingly supportive of her, and then breaking for an executive session.

Ventnor Mayor Beth Holtzman kicked off the public comments by expressing strong support for hiring La'Quetta Small as superintendent. Ventnor is a sending district to ACHS.

"Besides Dr. Small having the highest level of education in her field … she is dedicated to the field of education," Holtzman said.

ATLANTIC CITY — One month after it voted to suspend a monthslong, $25,000 superintendent sea…

"What you have tonight is the opportunity that never existed in Atlantic City in its history — to appoint the first Black female superintendent in our history," said attorney Joe Jacobs. La'Quetta Small may also be the first resident of the city appointed superintendent, he said.

"God only knows these young black girls who see this woman take that position," Jacobs said to a loud round of applause. "That means a lot. It touches people."

La'Quetta Small started as a preschool teacher, and after getting her certification became a fourth-grade teacher in Newark before coming to the Atlantic City district, she said. Her first administrative job was in 2007, when she became assistant principal at the Uptown Complex School.

Many speakers talked about her long experience in the classroom, and in various administrative jobs that make her the best candidate to lead the district.

But Marty Small's political enemy, political organizer Craig Callaway, had some harsh words for the Smalls and for the board.

"This is clearly about morality and immorality," Callaway said. "The candidate you are about to select, of course you would select her — a majority of the board are immoral people. ... La'Quetta Small failed miserably making sure children were safe in the school system."

ATLANTIC CITY — Invoking the Doctrine of Necessity twice in one meeting, the Atlantic City B…

At that, the room erupted in boos.

When he called La'Quetta Small a "child molester protector," the audience shouted at him to "sit down" and "go home."

The appointment comes at a time when the school board, Small and her husband, and current and former superintendents are being sued by a parent whose elementary school child was sexually abused by a substitute teacher who is La'Quetta Small's cousin.

Kayan Frazier, now 29, was employed by the district and worked at the Pennsylvania Avenue School when La'Quetta Small was principal there, and she fired him for spending time with a student outside of school, which is against school rules.

In July, Frazier, who after being fired in Atlantic City became a state Department of Children and Families caseworker, was sentenced to 20 years and one month in federal prison, and supervised release for the remainder of his life, after pleading guilty earlier this year to the exploitation of a young boy in his care.

The lawsuit accuses La'Quetta Small of not properly protecting the child. To protect the child's identity, the mother is identified as "Jane Doe" in the suit.

Another political critic of Marty Small also spoke against the appointment of La'Quetta Small.

"I'm tired of seeing the dictatorship and nepotism continue to happen," said Steve Young, who earlier this year held a protest against the Smalls over the abuse case in front of the Smalls' home. "If you asked people here to raise a hand if they don't work for the city or board or have someone in the family that do, this room would be empty."

Before breaking for executive session, the board had to vote to invoke the Doctrine of Necessity, used by school boards in rare circumstances to allow conflicted members to vote in order to have a quorum.

The meeting was the first one in a long time not to be held via Zoom because of the COVID-19 pandemic. Board President Shay Steele said the board had been discussing moving back to in-person-only meetings and decided to make the move with this special meeting.

Current Superintendent Barry Caldwell had announced he would retire at the end of the 2020 school year, but the board had no replacement so gave him a 12% raise from $196,000 to $220,000 to stay an additional year.

Race, masks seem to play into increase in school candidates

After years in which most school board candidates ran unopposed, or with no candidates at al…

It embarked on a national search, then voted to suspend it in April over concerns about how it was being done. The board started a new search in June. It resulted in 21 applicants, Steele said.

Steele said Tuesday night that Caldwell's latest contract runs out Oct. 31, which is why quick action to replace him was needed.

The board also appointed Jarrod Barnes, of Venice Park, to fill the two-month unexpired term of Farook Hossain, who had been accused of not living in the district by some members of the board. Hossain resigned earlier this month but his term was up this year and he had not chosen to run again.

Barnes has three children in the district, he said, and has a bachelor's degree in biology and a master's degree in health care and is working on his doctorate. He was sworn in and joined the board immediately.

The other candidate considered for the appointment was Jennifer Speed, of Chelsea Heights, who said she has children in the district and no close relatives who work for the district, so no conflicts. She also said the board, predominantly made up of men, needs more women members.

Atlantic City will finance a program that will be free for residents on how to invest in the stock market, Mayor Marty Small Sr. said during a…

Thousands of teachers converged on the Atlantic City Convention Center Thursday and Friday, attending workshops, listening to guest speakers a…

ATLANTIC CITY — A long-sought-after replacement of a Venice Park bridge will begin Monday.

The Atlantic County Board of Commissioners may have a resolution ready for consideration Feb. 15 that addresses a child sex abuse case involvi…

VENTNOR — A city firefighter was hospitalized for a broken hand suffered while battling a fire at a liquor store Tuesday night.

An Atlantic City substitute fired for improper conduct with a student was hired by the state. Now he is facing 30 years in prison for child exploitation. 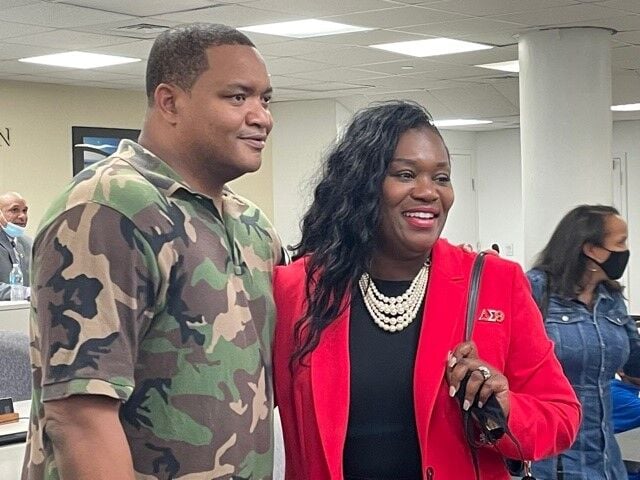 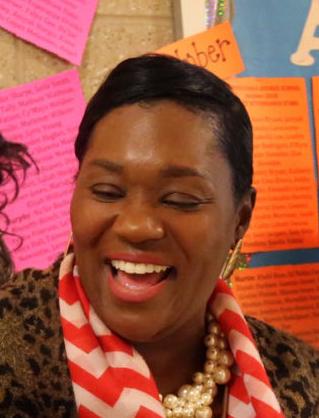