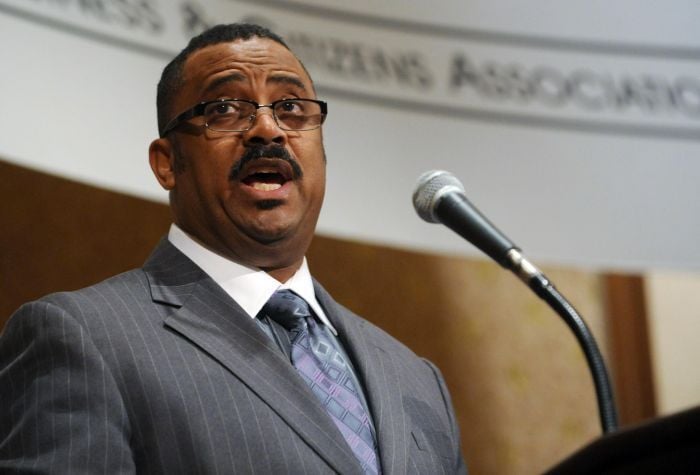 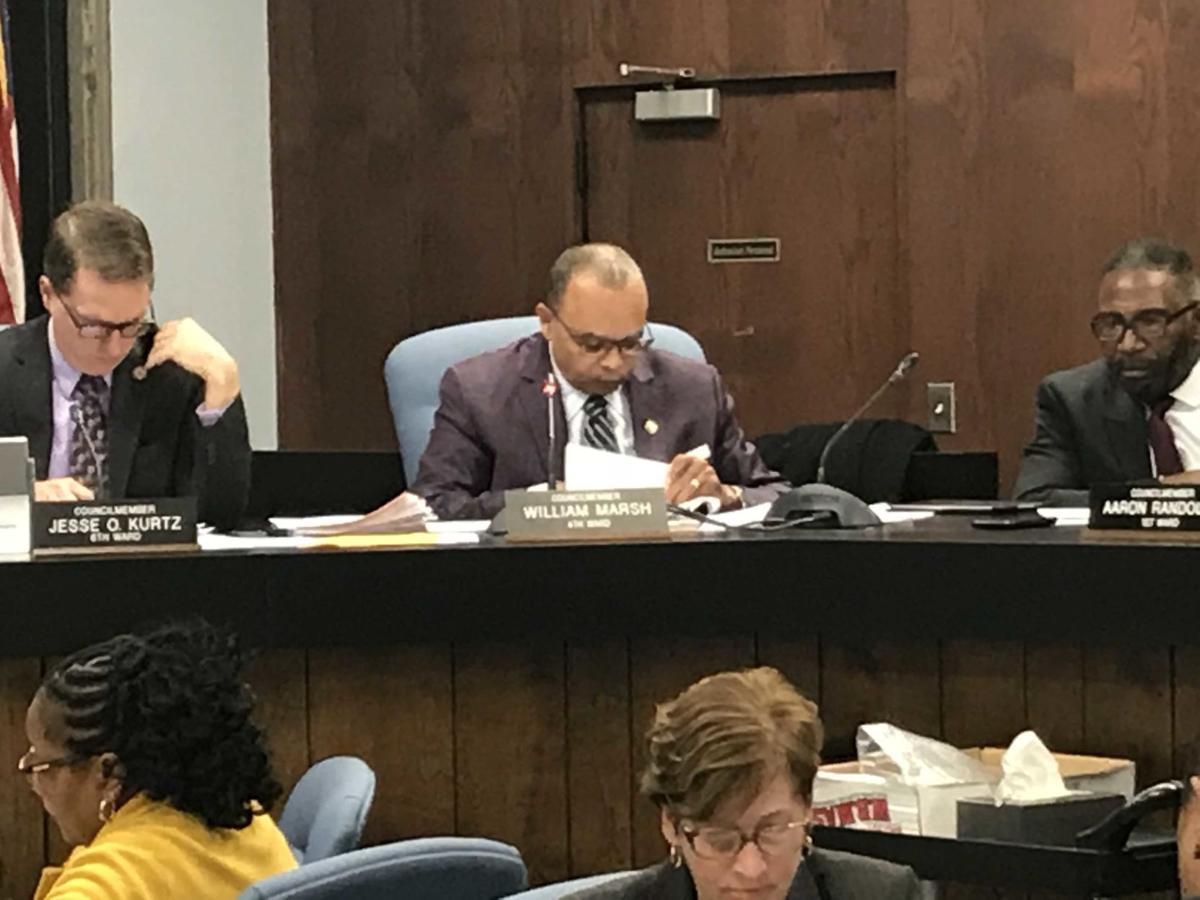 William 'Speedy' Marsh attends his last meeting as a sitting member of City Council in December 2019.

ATLANTIC CITY — Former Mayor Lorenzo Langford, who said Wednesday he will not challenge Mayor Marty Small in the Democratic primary in June, is years behind in making court-ordered repayments of an $850,000 lawsuit settlement from the city, city records show.

Langford and former Councilman William Marsh shared the settlement award, which was reversed by a series of court decisions, and the two were ordered to repay it after the state Supreme Court said it was improperly awarded.

Langford has not made a payment since 2014 but said recently he will start making payments again later this year.

Marsh, who did not respond to requests for comment, has not made a payment since 2016 despite winning a $200,000 settlement in a lawsuit against the Pleasantville school board in 2019. He was the schools facilities director there and alleged retaliation for reporting alleged illegal or improper behavior.

“I’m not going to run in the primary but am keeping my options open in the general,” Langford said, declining to discuss what factors made up his mind. “I was pleased with the favorable response I was receiving. There’s a lot to consider, and I’ll just leave it at that.”

The two still owe more than $530,000, according to a state Department of Community Affairs spokesperson.

“The city and state are aware of the repayment issue and are working toward a resolution,” DCA spokesperson Lisa Ryan said recently in response to questions about the repayment schedule.

The repayment was ordered in 2007 after the state Supreme Court agreed with lower courts that the settlement was improper because it violated New Jersey conflict-of-interest laws.

In a 1999 lawsuit against the city, Langford and Marsh alleged they had been fired from school district jobs for political reasons, and the settlement was made by Langford allies working for the city while he was mayor in 2002.

In a recent text, Langford said he stands by his decision to stop making payments.

“Since 2014, my priority has been getting two children through college,” Langford wrote in an email. “Furthermore, I feel completely justified in setting my priorities such as I have. After all, it was a legal technicality and political retribution that led to the injustice of having to repay the settlement in the first place.”

On Wednesday, he declined to comment further on the repayments.

Marsh declined to run for reelection in 2019 and attended his last meeting as a councilman in December of that year.

According to court documents about the repayment plan, the city was supposed to monitor repayment and make sure it occurred. But it has apparently fallen through the cracks of several city administrations.

Small has not responded to requests for comment. Superior Court Judge Valerie Armstrong, in a 2008 decision denying Marsh’s request for lowered monthly payments, said both Marsh and Langford had been warned to put the money in trust while an investigation into the settlement’s validity was conducted, but they did not.

Outrage and uncertainty as Langford, Marsh repayments to A.C. stall

William 'Speedy' Marsh attends his last meeting as a sitting member of City Council in December 2019.