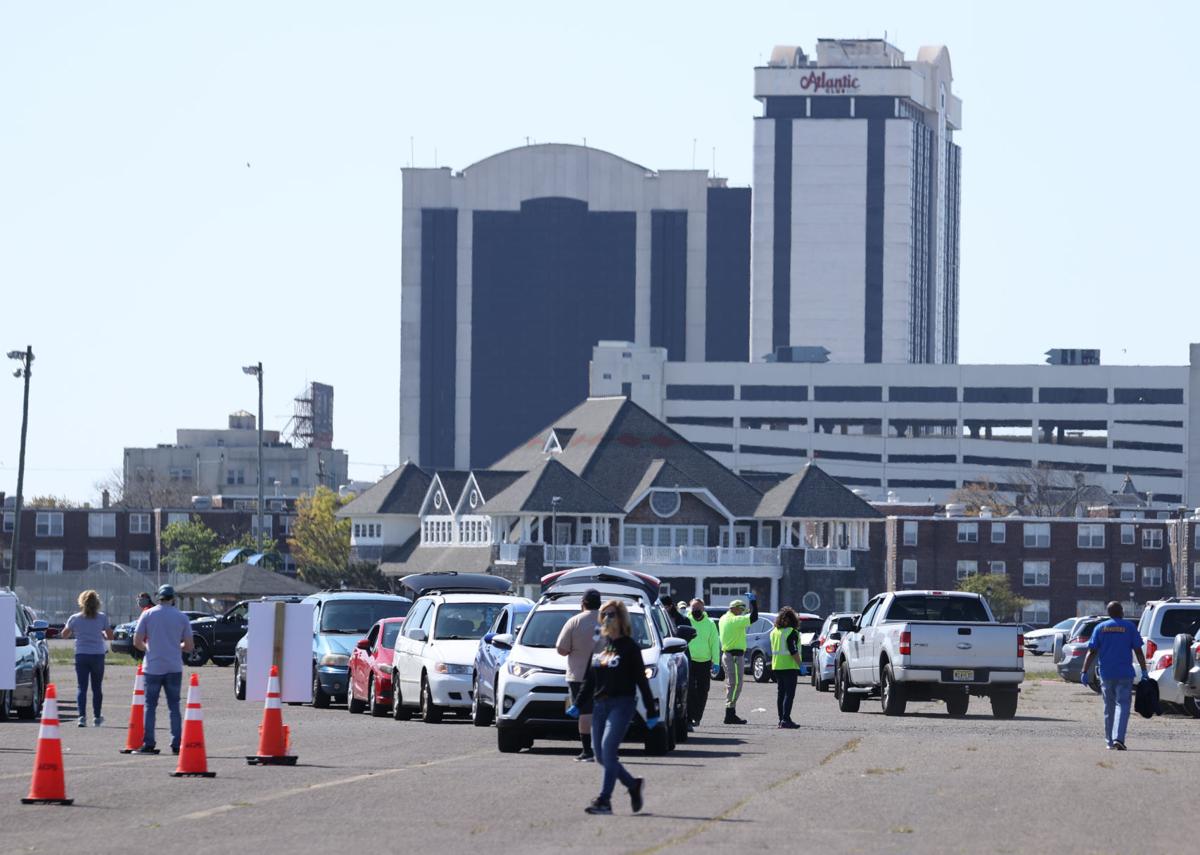 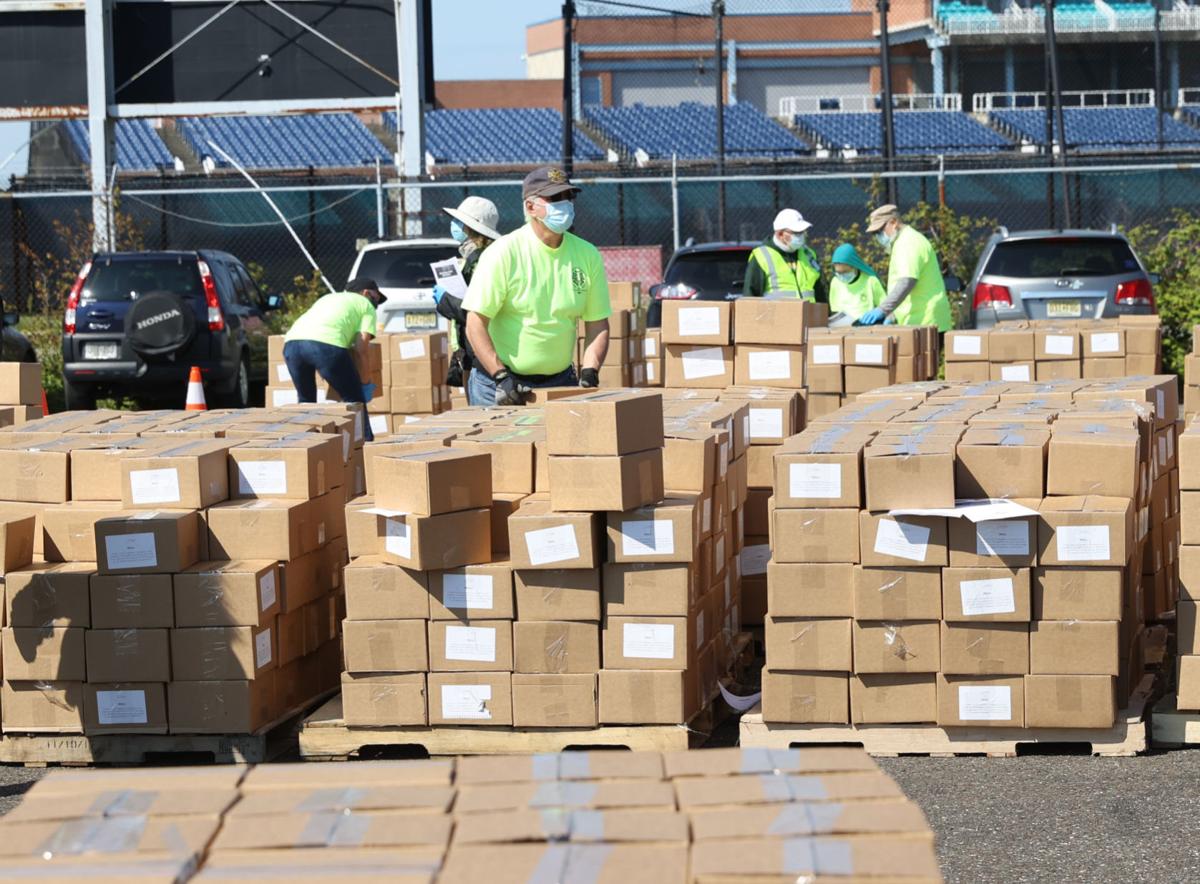 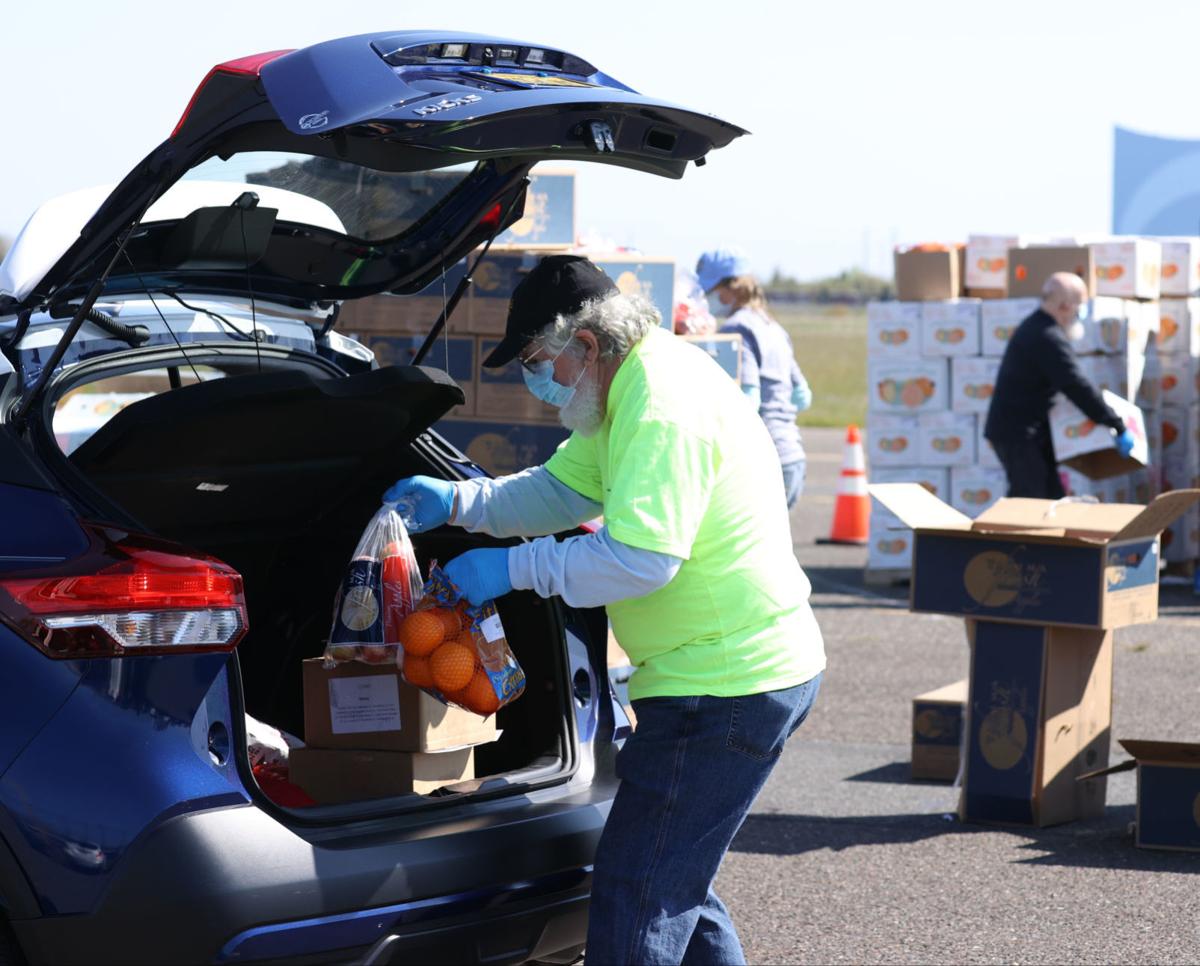 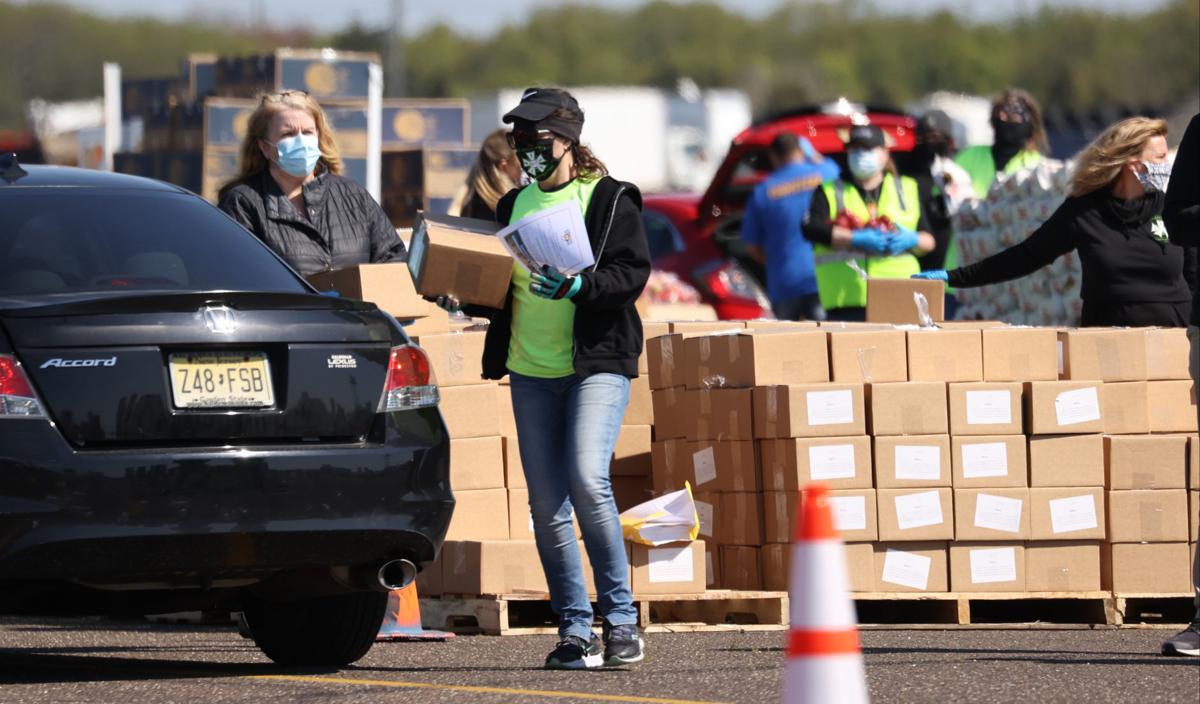 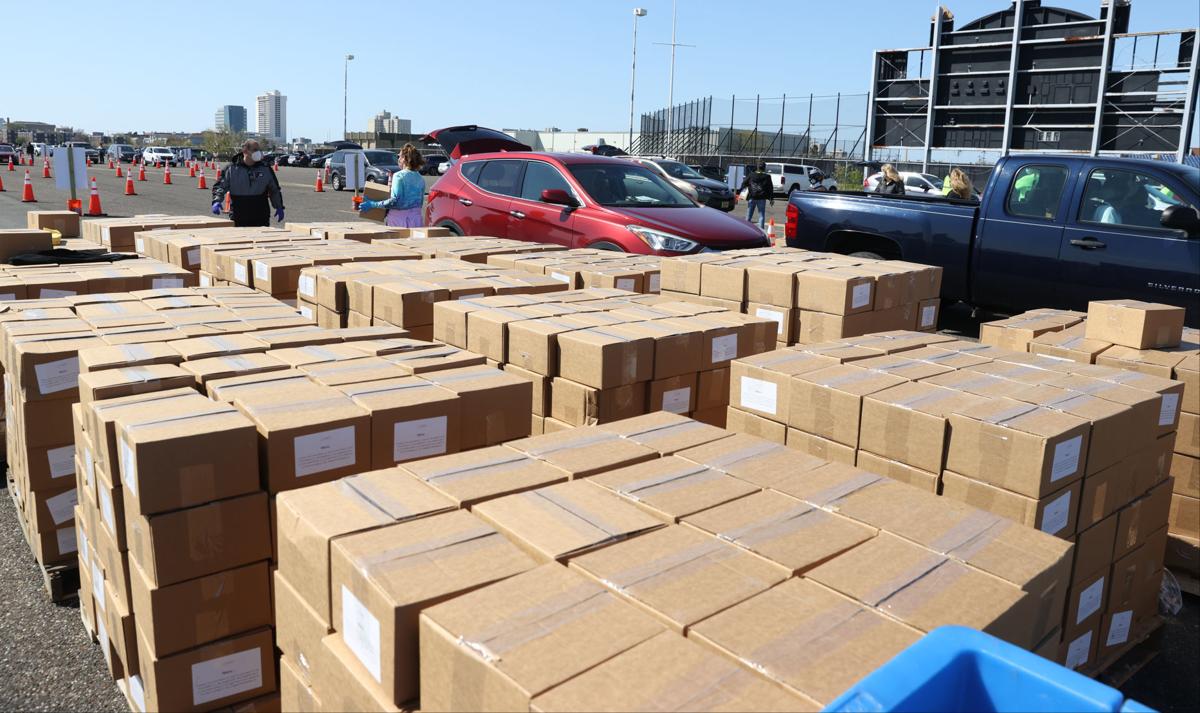 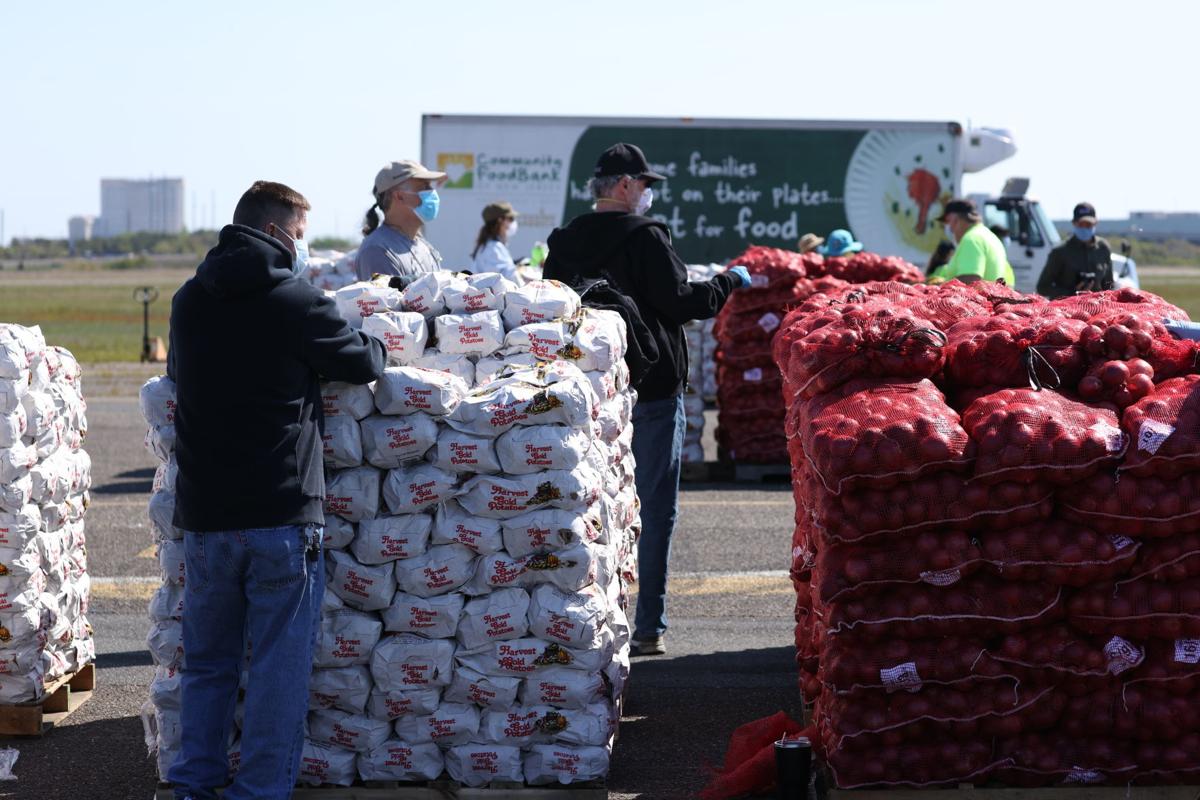 ATLANTIC CITY — A first-of-its-kind partnership among state and local governments, the casino industry, organized labor and charitable organizations resulted in a successful and efficient food distribution event for out-of-work casino employees and residents.

“This is a tremendous example of the success we can achieve when labor, business and government come together to benefit our brothers and sisters in need,” said Charles Wowkanech, president of the New Jersey State AFL-CIO.

“On behalf of Morris Bailey and the Resorts family, I would like to commend the Community FoodBank of New Jersey on their outstanding efforts today,” said Mark Giannantonio, president and CEO. “We are happy to support our community during these very difficult times by getting the much needed resources to those that have been most impacted by the pandemic.”

The Community FoodBank of New Jersey has experienced a 60% increase in need coupled with a 55% decrease in product donations due to COVID-19.

“By helping to feed the unemployed workers of our city, we are hoping to relieve the heightened pressure on our food pantries, who have been working tirelessly to keep up with the demand,” Jingoli said. “I am so pleased to be a part of this unified effort where government, industry and organized labor are all working together for a common good — to help feed residents of Atlantic City at a time when they need it the most.”

Five more mass food distribution events are being organized, with the next scheduled for May 28.

The CRDA has contributed nearly $600,000 to emergency food assistance initiatives since Atlantic City’s casinos were shut down on March 16 by Gov. Phil Murphy to mitigate the spread of the novel coronavirus.

“CRDA is proud to play an important role in this food distribution program that is desperately needed during this COVID-19 crisis,” said Matt Doherty, executive director of the authority.

Nearly 27,000 casino employees have been out of work since March, while many have struggled to navigate the state’s unemployment system and collect benefits.

Lt. Gov. Sheila Oliver, who also serves as commissioner of the state Department of Community Affairs, spoke with several of the casino workers Thursday at Bader Field.

Oliver said some people expressed their anxiety and concern because of economic uncertainty.

“For those that have filed for unemployment, we’ve got a big issue with getting unemployment benefits in the hands of people,” Oliver said. “And people are basically telling me they appreciate what (we’re doing here today), but people are hurting economically right now.”

Last month, a CFBNJ and Local 54 casino workers food distribution event in Egg Harbor Township drew thousands, as it was open to all. Thursday’s event required pre-registration and was geared toward employees of Ocean Casino Resort, Golden Nugget Atlantic City and Resorts Casino Hotel, but was also open to Atlantic City residents. Other casino properties will have preference at future distribution events.

All nine Atlantic City casinos have made considerable food and monetary donations to local social service and charitable organizations since the onset of the pandemic caused a near-total shutdown of the economy statewide.

“During this time apart from our team members, Ocean Casino Resort donated over 7,000 pounds of food to The Community Food Bank of New Jersey. We are pleased that the CRDA funds, a fund that Ocean contributes to, have been beneficial to our team members,” said Terry Glebocki, CEO of Ocean.

Last week, Hard Rock distributed 3,000 grocery gift cards to employees and another distribution event is planned for May 21. Combined, the total financial contribution from the company and Hard Rock executives — Jingoli and Allen both have personal ties to Atlantic City — exceeded $500,000.

“Hard Rock Hotel & Casino Atlantic City ownership has shown their commitment to the city from day one and this selfless effort is an example of their dedication to the industry and all local casino employees, living by Hard Rock’s core motto ‘Take Time to Be Kind,’” said Joe Lupo, property president.

Gov. Phil Murphy announced Friday elective surgeries and other invasive procedures can resume in the state this month.

EGG HARBOR TOWNSHIP — An Atlantic County road resurfacing project next week will cause lane shifts on a portion of Delilah Road.

ATLANTIC CITY — In a city where thousands of residents already lack access to healthy food, the mass closing of businesses and schools due to …

ATLANTIC CITY — Tens of thousands of casino workers, and the ancillary businesses that depend on the gaming industry, were dealt a crushing ec…

ATLANTIC CITY — Most of the resort’s casinos have sent temporary layoff notices to employees, a move that enables nearly 16,000 workers to rec…